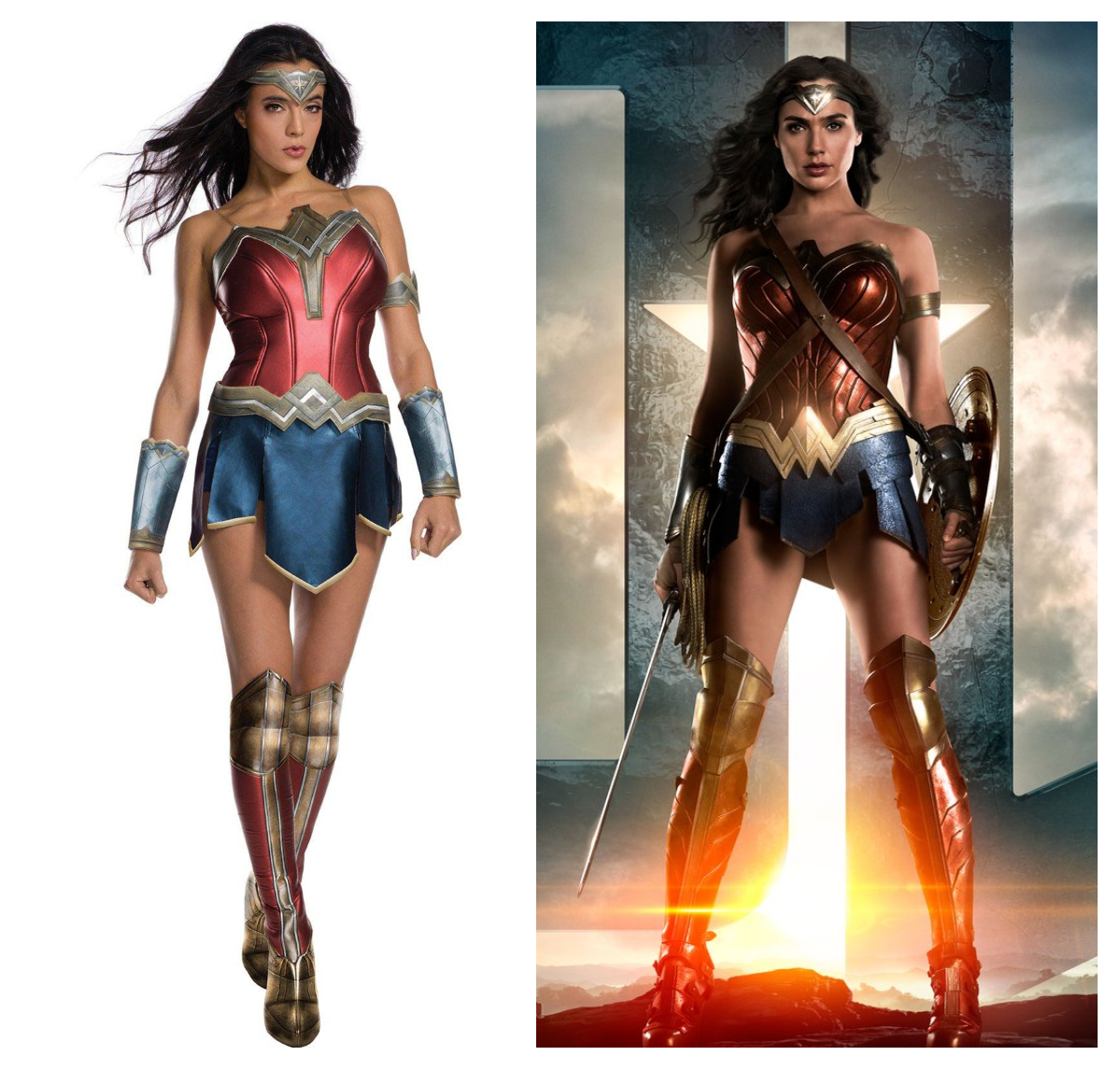 The secret’s out. You’re a “geek girl.” Don’t worry, the stigma attached to “geek” is long, long, long gone. We are living in a state of wonderful geek acceptance—but it’s more than acceptance. We’re living in the golden age of first-rate geeky everything. Like, TV shows, movies, you name it.

Better yet, it’s Halloween time, ladies. This year you don’t have to be ordinary. That means you can opt-out of typical costumes like bumblebees or corsets with random animal ears. It’s time to let your inner geek shine. Show off your fangirl skills by paying homage to your favorite fandoms via costume. That’s why we’ve put together a list of geek costume ideas just for you.

This Halloween, don’t hold back. Be proud and wave that geek girl flag like never before.

This list includes buying links, price information and recommended accessories. The best part is that these geek costume ideas are all from the biggest, coolest and most popular fandoms.

Are you ready to nerd out? Here are the top 10 geek costume ideas for girls for Halloween:

What you need: Doctor Who TARDIS Dress

Whovians, this one is for you. Here is your chance at looking both adorable and extraterrestrial in a TARDIS-inspired dress.

This Halloween costume is perfect for the gal who loves Doctor Who but doesn’t want to wear a full-on costume. Luckily for her, this dress makes a perfect outfit for any other geeky event (like Comic-Con!).

This costume is for the girl who loves being a princess, magenta and about the best cartoon in existence! I present to you, Princess Bubblegum.

It has high ratings on Amazon and can be your Halloween look for a decent cost. The dress comes with a royal crown, but the wig must be bought separately. However, we think your pup dressed as Finn would be the cutest accessory. You can purchase that costume here.

We know her as “Daenerys of the House Targaryen, the First of Her Name, The Unburnt, Queen of the Andals, the Rhoynar and the First Men, Queen of Meereen, Khaleesi of the Great Grass Sea…” and the list goes on. If you’re a girl boss with more than one title at work, or simply a queen who knows her worth, this is one of the best geek costume ideas for you.

It’s time everyone bends their knee for you. To get this look, you’ll need the dress and Targaryen wig. I think it’s worth it for that kind of power…

Here is a wonderful Halloween costume for the mega anime fan. Be everyone’s favorite little witch: Kiki the witch.
You will need to purchase Kiki’s broom and companion, Jiji, separately. The good news is that everything in total is still under $50. Or, you can always take up a delivery service to earn this costume.

By day, she’s Diana Prince, an ever-graceful enigma. By night, she’s the daughter of Zeus and kicks major ass. If you can relate to being two awesome people, this is the costume you’re looking for.

Wonder Woman’s costume is a steal at under $40. It comes with the dress, armband, boot covers and belt. You know, everything you need to personify the goddess.

Here is one of the simplest geek costume ideas for women. Negan is all things charming, manipulative and alluring—but who says guys get to have all the fun this Halloween? It’s 2018. Gender-bender cosplays are all the rage.

To pull off this look, you’ll only need three things: one badass jacket; Negan’s most prized possession, Lucille; and a hell of a lot of charisma. Do you have it in you?

4.) Guardians of the Galaxy: Gamora

What you need: Rubies Guardians of the Galaxy Gamora Costume

Guardians of the Galaxy is one of Marvel’s biggest box office hits. It’s not hard to see why. It’s composed of big-hearted and fun-loving characters. But sometimes this intergalactic posse needs help reigning back in to get work done. Enter Gamora: the glue and reason of the group.

If you know how to have a good time and get work done, this isn’t one of the best geek costume ideas for you. It’s the one for you.

Looney Lovegood… I mean, Luna, kindred spirit to all people; a little strange and unusual. And because Luna is anything but typical, why not jazz up her usual attire?

To be a casual—but just as effectively odd—Luna, pair up a typical Ravenclaw cardigan and pleated skirt with the character’s famous Spectrespecs.

2.) Fantastic Beasts and Where to Find Them: Queenie

What you need: Fantastic Beasts and Where to Find Them Pink Queenie Dress; Queenie Goldstein Wand; wig

If there were ever two friends to be made in the original Harry Potter films and Fantastic Beasts and Where to Find Them, it’s Queenie Goldstein and Luna Lovegood. They both march to their own drum, but the biggest difference is Queenie’s ability to extract emotions and memories from people.

Have you always thought of yourself as a little psychic? A little too in-tune with those around you? Here’s a costume for the sensitive ones.

What you need: Captain Marvel Bodysuit

Last but not least, the number one choice of our geek costume ideas is Carol Danvers, better known as Captain Marvel. Carol is one strong lady. She’s been through every worst-case scenario and still manages to pull herself out of every dark moment.

Captain Marvel is the best Halloween costume choice for any woman who’s had to fight hard for what she’s got. Wear her suit if you believe tough situations will only make you stronger.

Are you inspired by our geek costume ideas? Let us know how you’ll be getting your nerd on in the comments below!