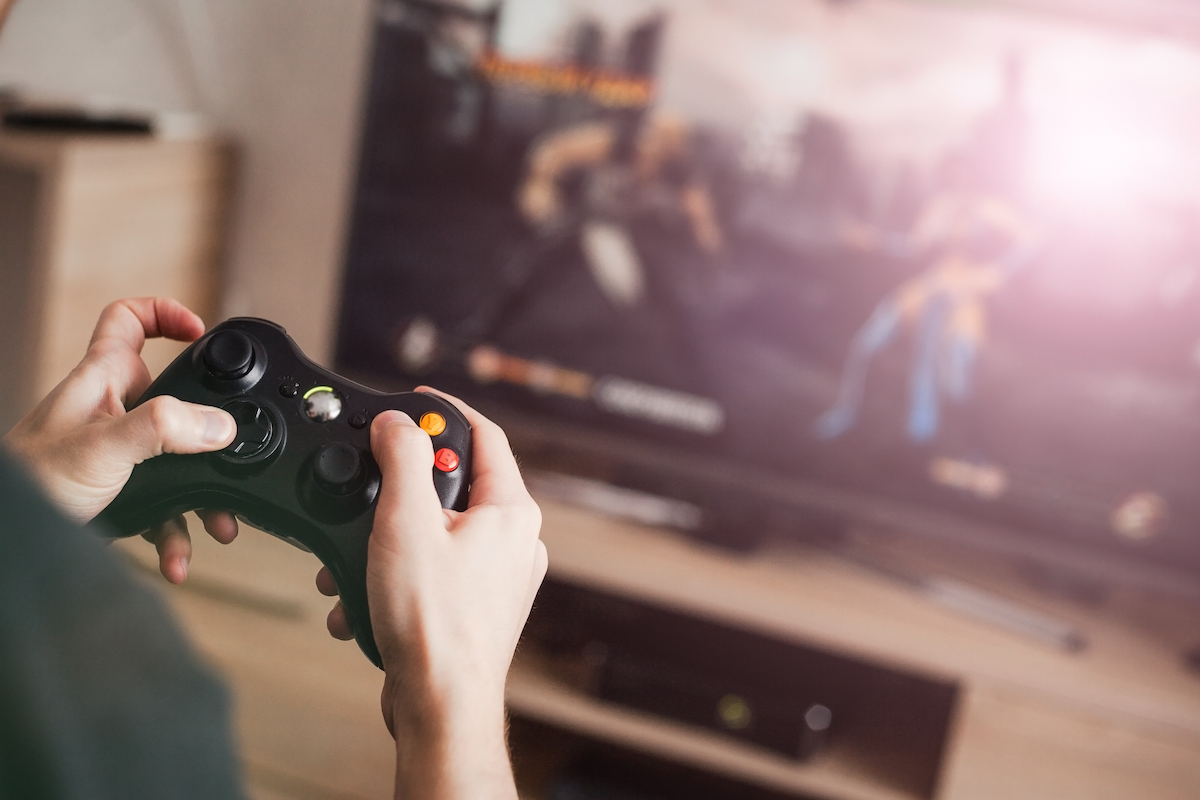 Gaming is bigger than ever, with annual releases that outspend and out-earn even the biggest movie properties. The big three (Sony, Microsoft and Nintendo) are always cranking out new games, leaving outsiders confused on how to go about shopping for the latest and greatest without disappointing the gamers in their lives. One bad game can turn that special moment into a quick trip to GameStop or Best Buy to trade it back in, so why not use a gamer holiday gift guide to avoid disappointment?

Not to worry, we know what’s hot and what’s not in the gaming world, so you can be sure to grab that perfect gift for the gamer in your life. Stick to this list, and you’ll be sure to get the right thing — no matter what system they might have!

Ubisoft took a year off to get it right and it looks like that plan worked out. With Assassin’s Creed Origins, the AC series breaks free from some of the same old, same old and introduces some exciting new wrinkles into a now decade-long franchise.

Yeah, you’ll still climb towers, assassinate bad dudes and have some wacky conversations about the nature of reality, but you’ll do so while collecting sweet loot, bending arrows with your mind and flying like an eagle. Protagonist Bayek isn’t your typical witty sort like in past games, and given the game’s name, you’re sure to learn a lot about the Assassin’s guild and all their toils. This gift is perfect for someone that was burned out by the past AC games but feels that slight twinge to revisit an old friend.

This one is slightly tricker to recommend, as you have to have an online connection to play and having friends on the same console will go a long way. But those are fairly ubiquitous in 2017, and there are few games that deliver the sense of scale and accomplishment like Destiny.

You do not have to have played the original, as shooting is fairly intuitive, but the game does a great job easing you into each of the three classes and dolling out their abilities over time. This is an infinitely replayable game, meaning the bang for your gifting buck is of super high value, with new content released all the time, rotating missions and DLC scheduled for the next two years. This isn’t the modern military shooter a lot of gamers dig, but if they like more story and set pieces, Destiny 2 is the way to go.

Is your recipient a little smarter than others? Like to solve puzzles and use their brain to accomplish tasks? Then Prey might be the best game to get on this list, as it allows for nearly total freedom in ways most games wouldn’t dare attempt.

While stuck on a derelict space station, Morgan Yu is tasked with finding his bother before hitting the space road and hightailing out of there. Of course, some nasty aliens would like a word with you before that occurs, so you have to use everything from lasers to black holes to achieve victory. The atmosphere is so dense and detailed that you could tip-toe through this game for hours and never see a quarter of it all. Definitely a must-buy for the sci-fi gamer who likes to take their time and understand why the aliens want to kill them as opposed to just wholesale space slaughter.

Resident Evil 7 is another spooky entry on this list, made even scarier if the person playing happens to have the PlayStation VR. If so, this might be the best thing to try on that system, as it’s a full-fledged horror game set in first-person that has plenty of monsters and maniacs getting up close and personal.

The RE series was definitely in a tailspin for awhile, but the developers got it together by going back to their roots. RE7 is a small, simple game that focuses on one insane family in the swamp, their creepy house and some gory and intense moments that will stick you long after playing. It’s a great return to form and should be played by any horror fan or those nostalgic for the good old days of PlayStation 1 and survival horror.

Every game listed thus far has been a part of a series, but Horizon Zero Dawn is a purely unique and new experience. It takes advantage of the PlayStation 4 hardware, and if your person of interest has a Pro version, this game will shine all day long in stunning 4K and feature brilliant HDR lighting.

This is an open world adventure much like a Zelda or Skyrim, with massive swaths of valleys, tundra and desert to explore. The main character, Aloy, is a kick-butt-and-take-names warrior woman with some fancy technology unknown to those in her post-post-apocalyptic world. The story is incredibly compelling, with gorgeous cutscenes, powerful acting and lots of sidequests. This one should last awhile, so maybe get a strategy guide or good headphones to go along with it.

When future civilizations uncover the rubble left behind, Mario will emerge as the most consistent idol. Once the mascot of the entire industry, Mario is still getting plenty of work done in his old age, roaming across galaxies in search of precious moons in this Nintendo Switch exclusive, Super Mario Odyssey.

This game is the epitome of fun, with movement and traversal options that top nearly every other iteration of the game. Bowser has most certainly kidnapped Princess Peach, but this time he’s trying to marry her. Weird relationship messaging aside, Mario is of course up to the task, exploring over a dozen unique worlds and kingdoms for every last hidden moon that powers his flying ship.

This one is for a very select audience. Did they ask for Call of Duty, Madden or Pokemon? If so, maybe skip to the next game. That could be a huge stereotype and this game may end up blowing their minds, but it takes a certain type of gamer — one who loves reading, philosophy and Japan — to really get the most from Nier.

It’s the year 11945 AD. Yes, you read that right. Two androids are tasked with destroying the machines bent on stopping the human resistance. Still with me? Honestly, this game has to be seen and played to be believed, but what begins as a confusing and slow stroll through Philosophy 101 ends up becoming one of the most mind-bending, fulfilling and entertaining gaming experiences of the year. It’s a can’t miss for those who love anime, but maybe hold on to the receipt if their eyes glaze over upon unwrapping.

Like a few other games on this list, Wolfenstein II is a Mature-rated title. That means that no calculator on Earth could tally up the gallons of blood spilled along this 15-hour journey through Nazi-controlled America.

The bullets fly, the vulgarity stings and the insanity boils over in one of the craziest games of the year. Definitely for fans of action, shooters and current events, as protagonist BJ Blazkowicz attempts to wrestle power back from the German invaders who successfully nuked the States in the first game. Don’t worry, the opening minutes recap the previous title pretty well, so you can go in blind and still have some of the most adult fun possible in a video game.

We get another gift from the East, as Yakuza 0 came out of nowhere and ended up being one of the best things any gamer could hope for in 2017.

This is one of those “under the radar” series that most gamers have slept on, skipping the wonderfully detailed world of Japan for something more accessible and relatable. But that needs to be corrected immediately, as this extremely fun, compelling and well-built prequel serves up some of the most engrossing moment-to-moment gameplay sessions possible. You take control of two separate stars of this singular story, swapping between narrative chapters, but the world all comes together in a great way that should be played to believe.

1.) The Legend of Zelda: Breath of the Wild

Much like Mario, Zelda is just one of those franchises that last forever. The Princess and her Hero of Time are back for another adventure, but this one is literally bigger and better than ever.

Exclusive to the Switch and built from the ground up for everlasting joy, Breath of the Wild flips the Zelda structure on its head. Gone are the silent characters, Master Sword and a handful of dungeons. In their place are fully voiced cutscenes, endless loot and hundreds of incredible places to explore. This game feels much more like an Elder Scrolls game than Zelda, giving you an hour or two of the tutorial before opening up a 100+-hour adventure in front of you while whispering “Go have fun!” This is the game of the year, and the best gift any gamer could hope to receive this holiday season.

What are your favorite games this year? Let us know in the comments below!