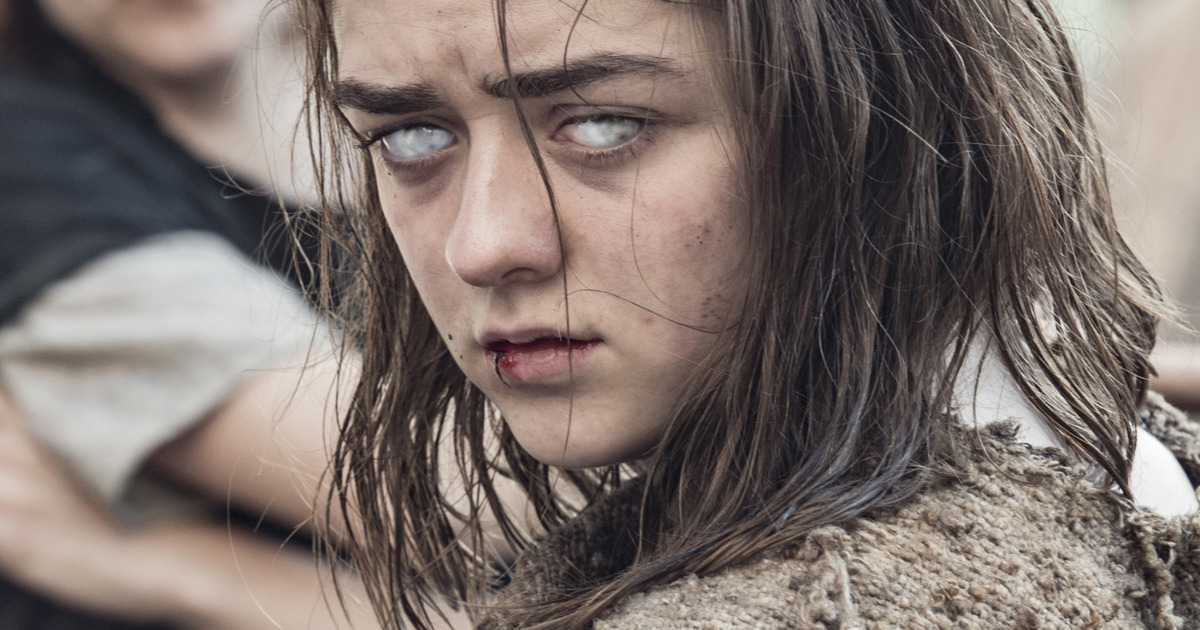 Enough time has passed since the shocking announcement to allow us all to go through the grieving stages (sniff) and behave like any other rational, healthy fandom. That’s right. It’s time we painstakingly analyze every small, minute detail available to us. That means scouring the web for clues in leaked footage or in previous episodes. It means heading to the big dogs of GoT theories and seeing what these prediction wizards have to say.

There is no time like the present — the very long, long, yearlong present — to start making wildly (in)accurate assumptions on the best show ever bestowed upon us. We’ve compiled a list of the most unbelievable Game of Thrones Season 8 predictions just for you.

Buckle up. It’s going to be as bumpy of a ride as Jon and Dany’s boat ride to the North.

5.) Edmure Tully Will Be Freed and Back To Help Jon At King’s Landing

Recently, a leaked photo of actor Kit Harington surfaced on the web but it wasn’t Jon Snow himself that fans lost their minds over. Instead, what caught everyone’s attention was the hooded, dark figure walking behind Harrington. The two were shot in Croatia, a place famous for it’s King’s Landing set.

So who is this mysterious ally? According to Talking Thrones, a trusted YouTube channel devoted to uncovering GoT’s juicy plot, the dark figure’s cloak is actually composed of fish scales. These scales strike uncanny resemblance with “The Blackfish” — you know, Catelyn Stark’s uncle.

Now, this may not be enough evidence to prove that Edmure Tully is the specific Stark ally visiting King’s Landing but he’s just about the only Tully fans are still rooting for. Not to mention, one of the only known fellows to survive the Red Wedding.

Who better to be by Jon’s side than the rightful Lord of Riverrun? Yasss, Edmure Tully is looking pretty good right about now.

How is Edmure freed and make it to King’s Landing with none other than Jon Snow?

4.) Jaime Lannister Makes a Pit Stop At The Twins, Frees Edmure, and Rallies Men for Battle Against The White Walkers

The last we saw of Jaime Lannister was in Season 7 Episode 7 where he deserts Cersei (ugh, finally!) and seemingly rides towards the North. Though this is technically unconfirmed it does seem unlikely Jaime is going anywhere else but to help Jon and Dany since he agreed to their truce, 100% believing in the threat of wights, from the start of the episode.

There are a few reasons why Talking Thrones is hypothesizing Jaime’s arrival at The Twins. One: The Twins are almost smack-dab on the way from King’s Landing to Winterfell. Two: there was a casting call for two Frey daughters. You know, daughters of Walder Frey, the man who in Season 6 mentions putting Edmure back into his cell.

But Jaime has never been Dany’s — let alone Jon’s — ally. His arrival to Winterfell will not be met with welcoming arms (sorry, Jaime, but we still love you!). More than likely, Jaime will understand this from the get-go and (cue in The Twins) know he needs to show up with palpable evidence — evidence that proves he’s there to help and knows how.

Nothing says I want to help you win a war against the army of the dead like troops led by your sort-of step-uncle, right?

3.) The Night King Burns Winterfell To The ground, So Jon Meets with Cersei At The Capital To Propose a Negotiation

Get your tissues out because of all our Game of Thrones predictions, this one is the truest and the very saddest.

Winterfell. Home to House Stark and everyone’s favorite Targaryen, King in the North and speculated Prince That Was Promised: Jon Snow. As of January 31, social media was all ablaze when Winterfell’s set in Moneyglass, Northern Ireland was shown to be burning down.

It doesn’t take much expertise in fan theories to speculate how — or what — could have sealed Winterfell’s fiery fate. Anyone recall the Night King’s javelin-like spear flying into sweet Viserion’s heart? Well, he’s not so sweet anymore. And last we saw of him, he was burning down The Wall and headed straight to Winterfell with the Night King on his back.

Maybe this is why we see Jon and (possibly) Edmure in King’s Landing. Maybe the two are desperate for another negotiation with Cersei after Winterfell is burnt to a nonexistent crisp. Knowing Cersei, this won’t be easy, and one of them may not make it back alive.

2.) Arya Will Use Her Assassin Skills To Take Down The White Walker Generals

Arya Stark is one of the youngest, most admired characters in the series. But she’s not revered for her sharp witticisms like Tyrion or for her mastery of manipulation like Little Finger (RIP Sansa Lover) — no, Arya is Game of Thrones’ most badass, faceless assassin and we love her for that.

Another one of our favorite GoT theoreticians, Emergency Awesome, has an idea of how Season 8 will makeuse of our little ninja’s skillset. See, Maisie Williams recently revealed A LOT in an interview. Apparently, William’s bulk of shoots are taking place at night. You know, night scenes are particularly used for scenes with an enormous amount of CGI. Perhaps like shooting a scene with thousands of CGI wights?

Emergency Awesome also recalls when Beric Dondarrion clued in viewers to a possible strategy against beating the Night King: simply killing him or the four White Walker generals would also kill their personally raised wights.

Now all that’s left to do is determine who is perfectly suited for this job. Perhaps someone with intense one-on-one combat training? Or someone trained by a secret guild of faceless assassins? Hmm … if only Arya had a sword made of Valyrian steel — oh, wait!

If you’re wondering how Arya could make it through the infantry of wights to get to the White Walkers, let us remind you that Nymeria is still out there. So is the super pack of wolves Nymeria leads. All wecan do now is hope Season 8 finally shows the power of Arya’s direwolf … as she cuts through the army of the dead to kick some major ass.

1.) Jon and Dany Are Even More Closely Related — Much, Much More Related Than We Thought

Remember that boat scene mentioned at the start? Well, the scene wasn’t only steamy; for some, the scene was downright barf-worthy. And it gets grosser.

We all know Jon and Dany are related — Jon is Dany’s nephew — but after actor Alfie Allen, who plays Theon Greyjoy, told an interviewer that Jon’s parents involve “a bit of a Luke Skywalker situation” the internet went down a dark spiral. Luke Skywalker and Princess Leia were —we’ll wait for you to get your barf bucket.

Could Jon and Dany be that closely related? Welp, it is George R. R. Martin we’re talking about. The man doesn’t know how to go light on the incest. Just look at Cersei and Jaime or the fact that Dany’s the product of some super creepy Targaryen brother and sisterly love.

This theory is a little hard to swallow. On the bright side, if the two aren’t brother and sister Reddit user amacaroon has done the math on their genetics. Because of the traditional Targaryen incest, Dany and Jon share forty-four percent of their DNA. This is much higher than non-incest aunt and nephew. In fact, it’s only 6% away from sibling’s shared genes.

What is the wildest Game of Thrones theories you’ve heard? Which of these do you think is most likely to happen? Let us know in the comments!