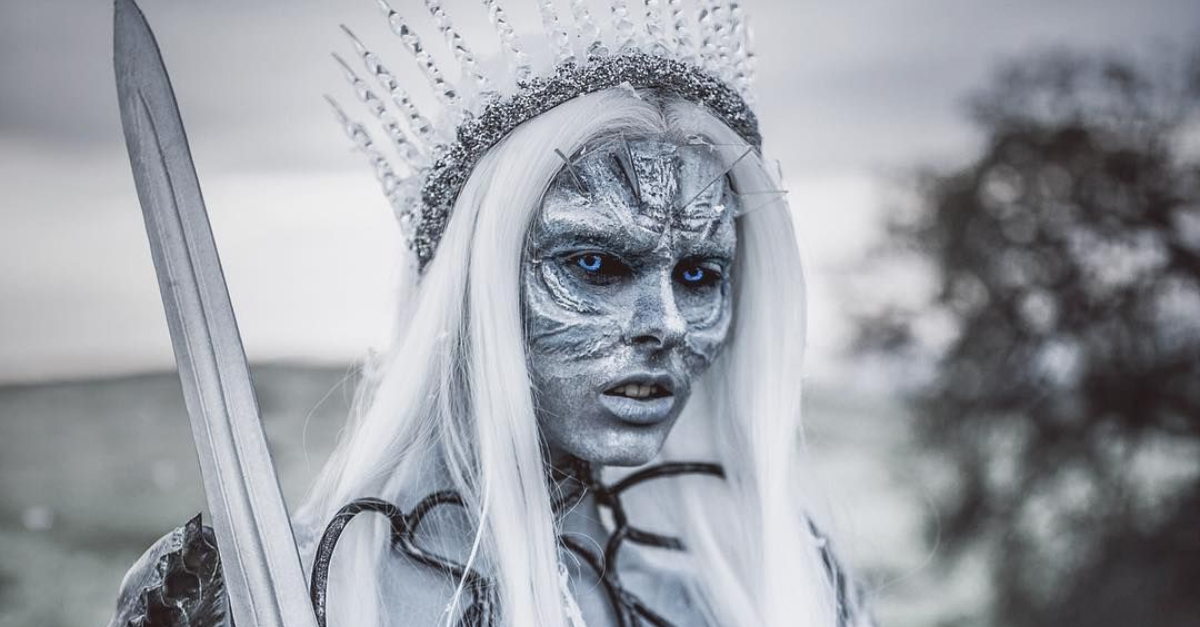 Fans of George R.R. Martin’s “A Song of Ice and Fire” were infuriated to see that some pivotal characters were left out of the HBO epic TV series completely. Here are some of the characters from the book that never made it onto the screen.

We think you’ll agree that some of the storylines are a little unsavory — even for HBO.

Patchface was just a little too creepy for TV. A mad fool in the employ of House Baratheon and the sole survivor of a shipwreck, he mutters ominously about beasts “down below.”

It’s no wonder Stannis Baratheon has a hard time cracking a smile.

Victarion Greyjoy appears in the books as the bravest of the Greyjoy siblings, but the kingship of the Iron Islands is taken by his conniving brother, Euron Greyjoy.

Becoming more disillusioned with his brother, Victarion has grand plans to woo Daenerys and gain control of her dragons — an interesting plot twist that was completely omitted by the television series.

In the novels, Arianne Martell is the eldest daughter of Doran Martell and heir to the Dorn throne. When she was cut from the show entirely, it caused quite a stir among fans.

Some fans even go as far as saying that omitting Arianne Martell deprived the show of the books “most feminist plotline.”

“With skin as white as the moon and eyes like blue stars,” GOT legend has it that there was indeed a female White Walker.

But in the HBO show, there is no mention of the icy queen, angering fans once again that a pivotal female character was cut from the series.

One of the two most conspicuously absent characters from the TV show was Coldhands.

He was the big-hearted wraith who helped Samwell and Bran on their adventures North of The Wall, although why he was cut from the show remains a mystery.

It was Jeyne Poole and not Sansa Stark who had to endure unspeakable cruelty at the hands of Ramsay Bolton in the novels.

She was forced to marry Ramsay under the false identity of Arya Stark.

Belwas, a former slave and gladiator, is loyal to Daenerys Targaryen.

In the TV show, Daenerys chooses Daario Naharis as her champion to fight on her behalf in Meereen. However, in the books, she chooses Belwas.

The most controversial absence in the TV show was undoubtedly Lady Stoneheart. In the novels, she was Lady Catelyn Stark risen from the grave to get her revenge.

Lady Stoneheart is the most vengeful and bloodthirsty character in the Game of Thrones saga, and her absence in the show has divided fans.

In the novels, Aegon’s stepdad, Griff, is the exiled knight Jon Connington.

The show amalgamated the characters of  Jorah Mormont and Jon Connington, but in the books, it’s Connington who contracted the dreaded greyscale.