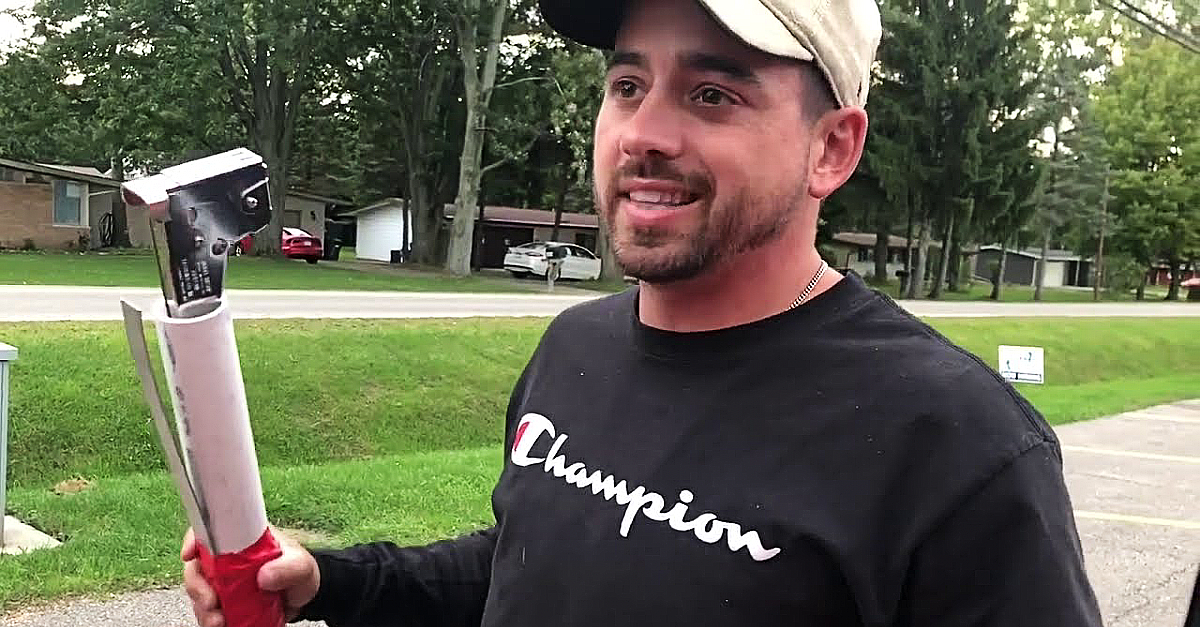 Getting along with neighbors can sometimes be tough. You either love them or you hate them. But sometimes all you might need to change that tension is to make them laugh!

Here’s some of the most hilarious yard signs we’ve found on the internet. And we got to say, whoever is behind these signs needs glocal recognition for their witty work. Here we go!

We’re not too sure because none of us have been arrested. But, we reckon if we did have to go to jail, a yard sale wouldn’t be high on the priority list.

Nevertheless, this guy must be wanting to make a few bob before he sits behind bars. And his approach is hilarious. Good for him for being so forthcoming! And to this neighbor…

It’s not easy trying to sell a house in this crazy market. Prices are sky-rocketing and a seller needs to wait for the perfect customer to come along who can deliver on their asking price.

Well this homeowner decided to elevate his sales pitch. He turned a generic ‘For Sale’ sign into a piece of comedy gold. Long story short, the house got sold. A little wit goes a long way!

Random people knocking on your door when you’re busy doing your thing can be really annoying. Salespeople are people too, we know. But could they be people elsewhere sometimes? Well, this house had an ingenious and hilarious idea to keep them away!

We’ll let you know if it worked…

This sign was found in a neighborhood in Minnesota. Taking inspiration from missing pet signs, this neighbor thought it would be funny to put up signs about his missing “turtle and nunchucks” while warning his neighbors to be careful.

We have to admit, this one had us laughing out loud!

Nobody loves a show-off but we got to admit, this is pretty impressive. No wonder this homeowner decided to make a yard sign out of the braggy fact.

This homeowner’s hilarious pride in their hand soap usage brightened up the whole neighborhood and made her some new friends!

This neighbor was filmed making a sign to deter any thieves or trespassers into his property. He wanted to create a sign that would send a shiver up even the bravest of spines.

So he wrote, “Beware of my wife’s cooking”. The neighbors got a great laugh out of it. We did too. But the wife? Not so much. But while we’re on the topic…

This neighbor decided it would be hilarious to put up a funny yard sign just for the thrill of it. There’s no point to this one – other than to get a chuckle out of his neighbors and passersby.

This man writes, “My wife said I never listen to her, or something like that”. Well whatever she said, she must have the patience of a saint!

Some people are so enthusiastic about landmarks and heritage. They love looking at a site and imagining all the cool and ancient things that happened there. This homeowner understood that.

So he prepared a sign for all his fellow history-lovers!

This homeowner decided a security system was too far over his budget so he did something truly unique. He invested in a cool sign instead and customized it to his liking.

This was the hilarious result: a black and white sign that got straight to the point with a witty sense of humor. Let’s just say, we’d take him for his word and not steal a thing!

Sometimes it takes hiring a security team to keep people off your lawn. But instead of using force, this neighbor decided to use empathy.

You wouldn’t want to be woken from your happy slumber would you? So why would you wake this grass? This yard sign is striking a serious nerve and the neighborhood loves it.

This yard sign said the following: ‘Hey girl, (insert Ryan Gosling’s face) I’m headed to this yard sale. Let’s go buy something together’. It finishes with an arrow pointing towards the yard sale.

This is a hands-down winner winner chicken dinner! The only problem is there might be way more girls at that yard sale than men!

We’re not exactly sure what happened here but from what we can see, this is the scene of sweet, sweet revenge.

We reckon a neighbor called the cops on this homeowner for having an unkempt lawn. In return, this homeowner decided to take things to the next level with a humorous twist.

This cheeky home however, can’t tolerate running, jumping or peeing in the pool but it can tolerate skinny-dipping! Hey, whatever floats your boat people!

Married life comes with its ups and downs. But when a partner crosses the line and betrays your trust, it’s only right to put your foot down and boot that person out of your life.

It seems like that’s exactly what this wife did with a twist of revenge! We’re not too sure about the revenge part but what a hilarious sign to draw attention to a yard sale!