Array ( )
Top5 » Trending » These Funny Parents Recreated Their Kids’ Pictures, and the Results Will Make You Wanna Be a Parent

These Funny Parents Recreated Their Kids’ Pictures, and the Results Will Make You Wanna Be a Parent 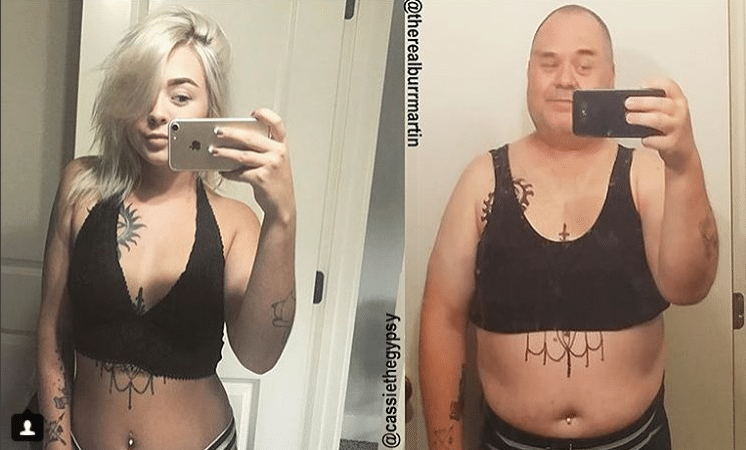 How can parents raise their kids without going crazy over the amount of responsibility? I honestly have no clue. But some funny parents found just the trick to make their daily lives 10 times better: comedy.

An undefeatable sense of humor and a camera phone are the perfect ingredients for some hysterical pictures that instantly earned them internet fame.

Here are the funny parents who will make you snort-laugh:

20.) This Dad Is the Four-Leaf Clover of the Family 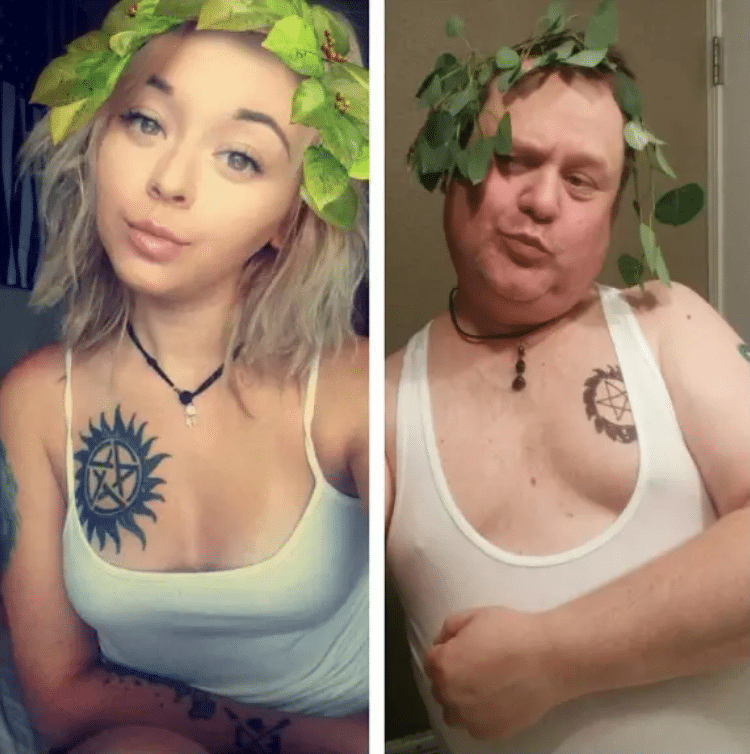 The Burrs took the internet by storm when the hilarious Burr took it upon himself to recreate the most iconic pictures of his daughter, with a funny twist. 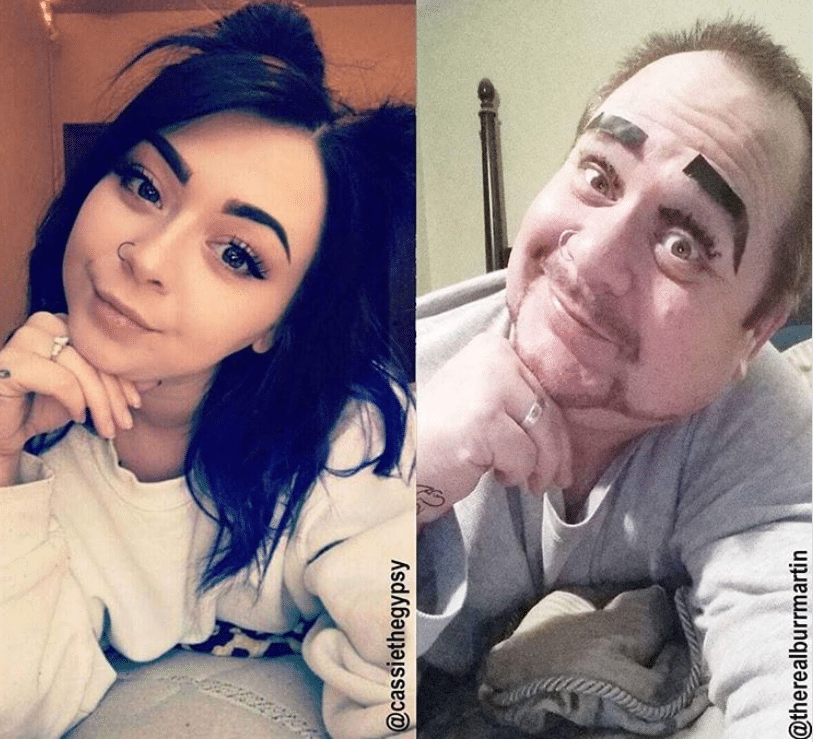 It all started when his daughter started posting sexy selfies of herself online.

“Instead of telling her to stop [posting pictures], well, I thought of something better,” Burr said. 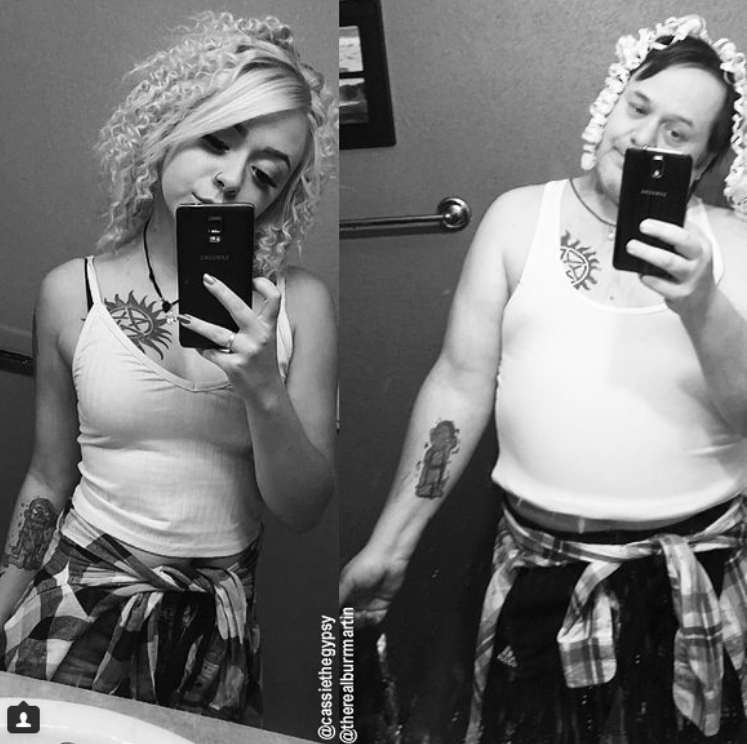 Who said being a dad had to be a boring job?

17.) He (Almost) Got the Tattoo Perfectly 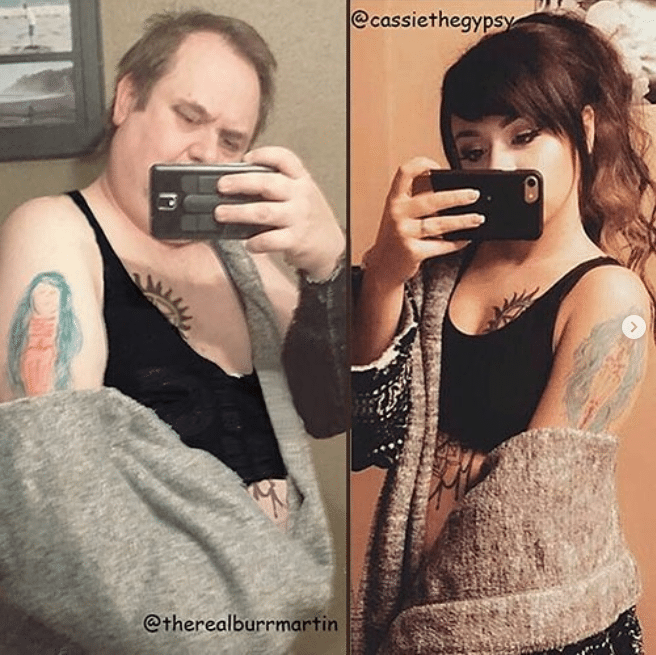 Is it sharpies or crayons? In any case, this is a parent who knows how to channel his inner artist to make the best pranks.

Add to it a perfect head tilt, a (kinda) matching black top and a shawl, and watch yourself become #DadOfTheYear in no time. 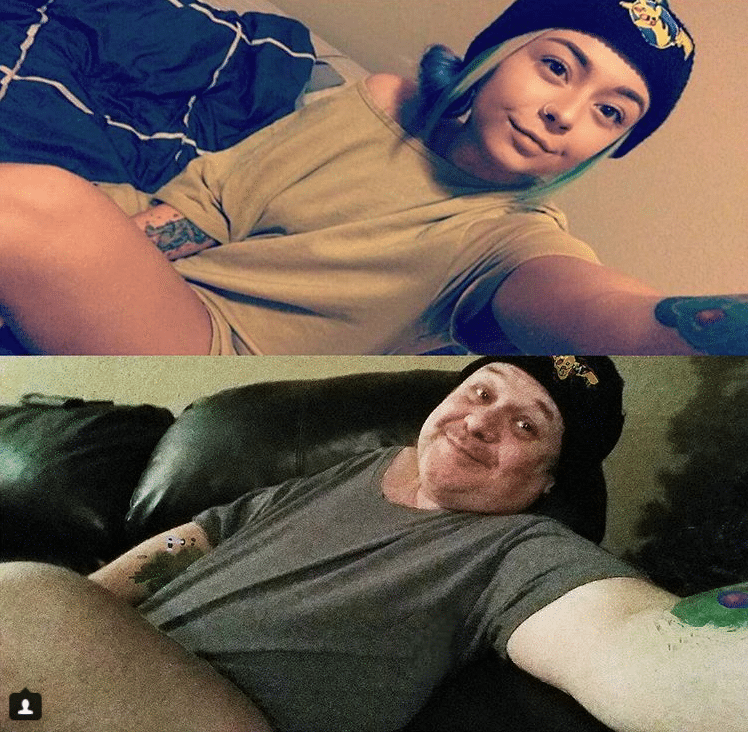 Is Cassie embarrassed by her dad? Not the least.

She proudly poses with her dad in front of the camera with a wide smile whenever the chance presents itself, and this time, it’s with him being in “normal dad” mode.

15.) Parenting Has Never Been More Entertaining 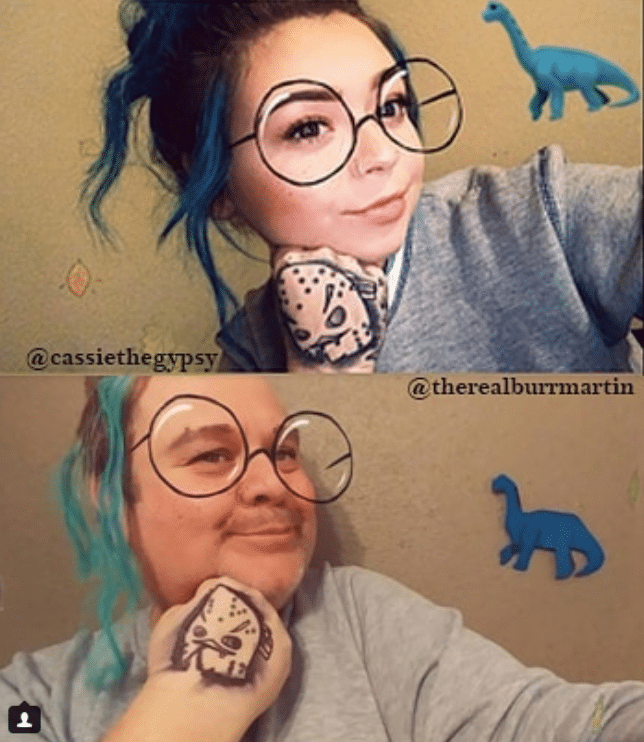 First things first, kudos to Martin for knowing how to use a Snapchat filter. When we think of the number of parents who feel completely clueless in front of technology, we can’t help but applaud the efforts of this dad!

14.) The King and the Queen of Selfies 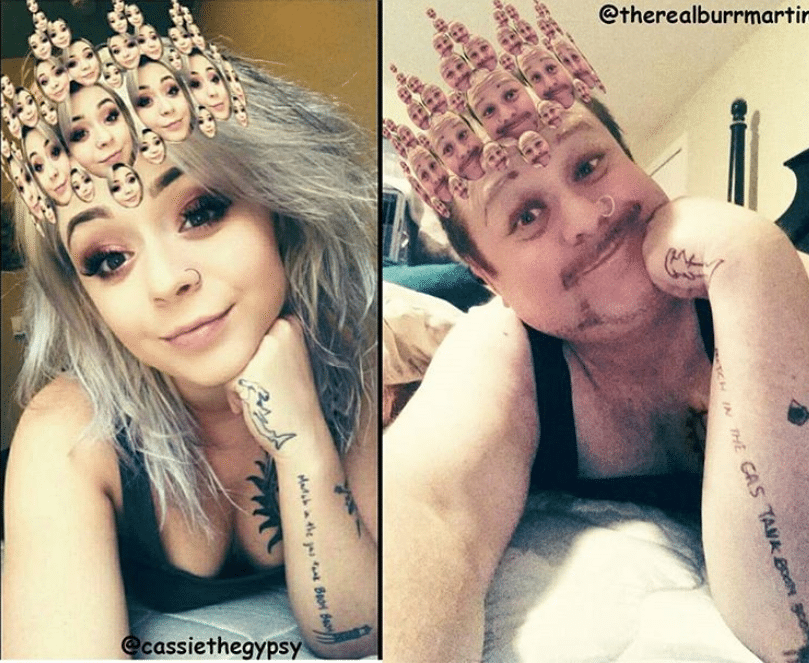 There are tiaras that will give you major princess envy and others that will make you straight up laugh out loud, and these two are some of the second kind.

Can you discern the tattoo on his left arm? 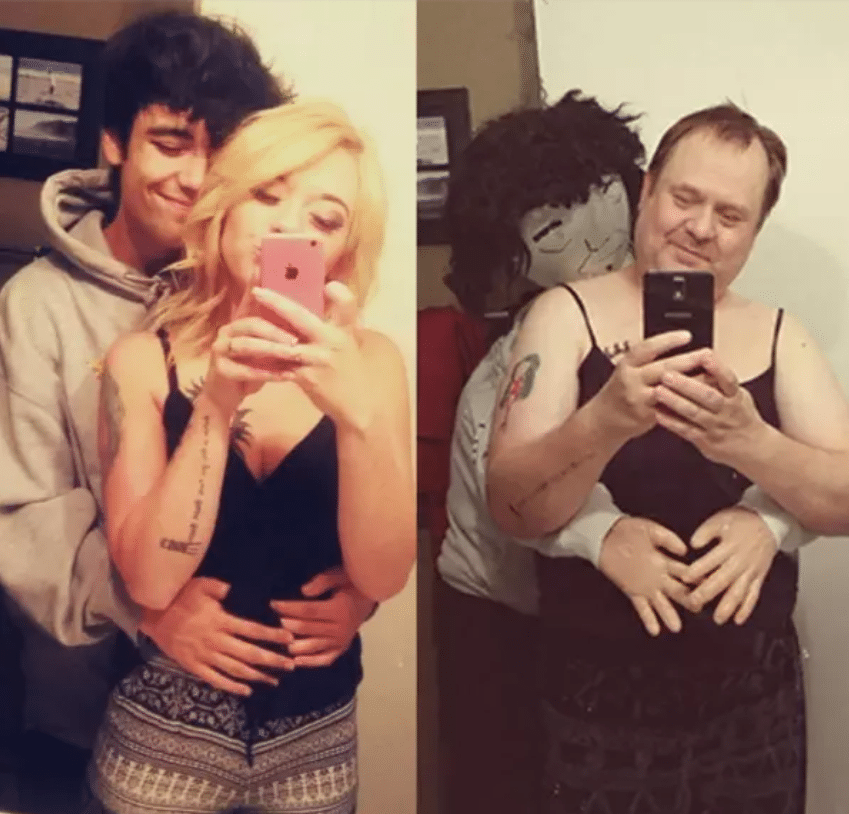 When creepy meets funny, this is what you get.

We covered the best Halloween costume ideas for couples, and this one might be a new addition to the list. You only need an inflatable doll to make it happen, plus the unwavering confidence to pull it off. 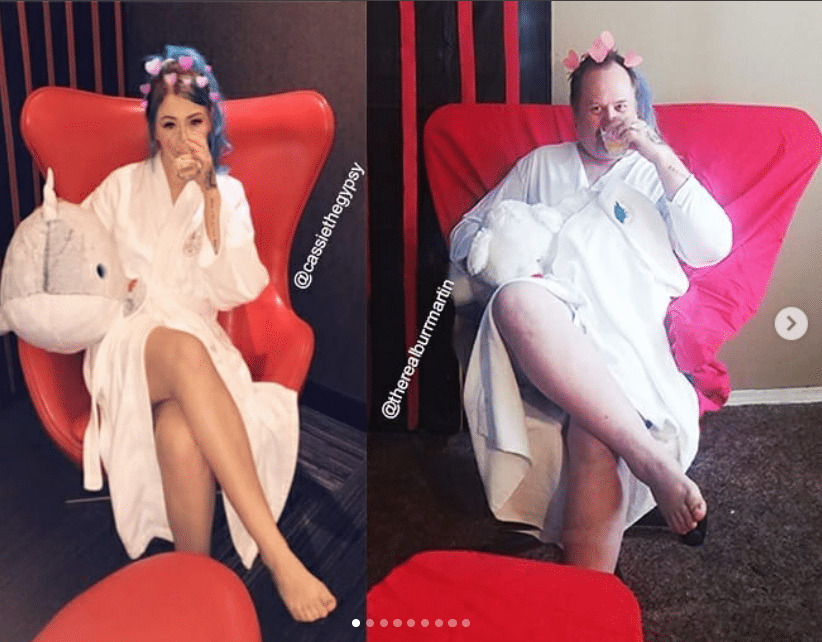 Some parents love to depict their daily tribulations and wins through epic Twitter posts; however, a picture is worth a thousand words.

We know that Burr is posting these pictures to tease his daughter, but judging by his smug grin, he seems to be thoroughly enjoying every single second of this revisited spa pic.

11.) The Black Dress Has Never Been Classier 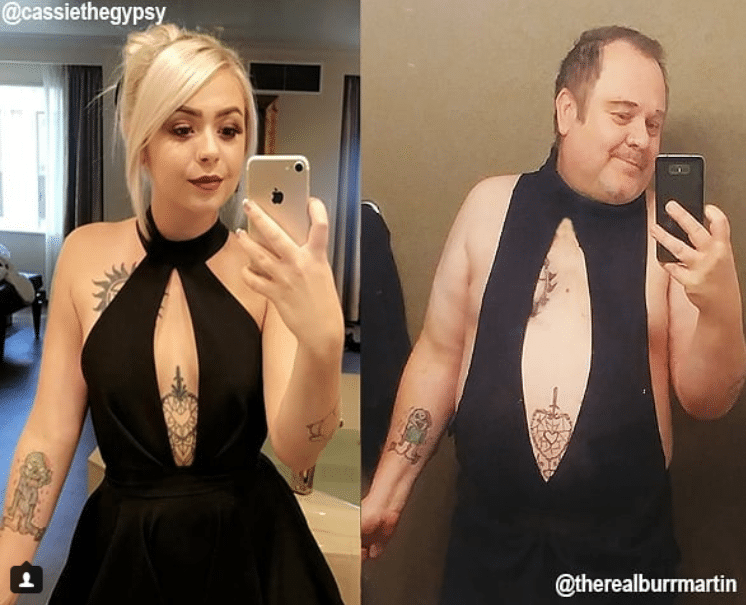 The little black dress concept took a hysterical turn in this picture. We wonder what Coco Chanel would think of this dad version of her beloved outfit.

On the other hand, the internet seems to love it. Keep the likes rolling! 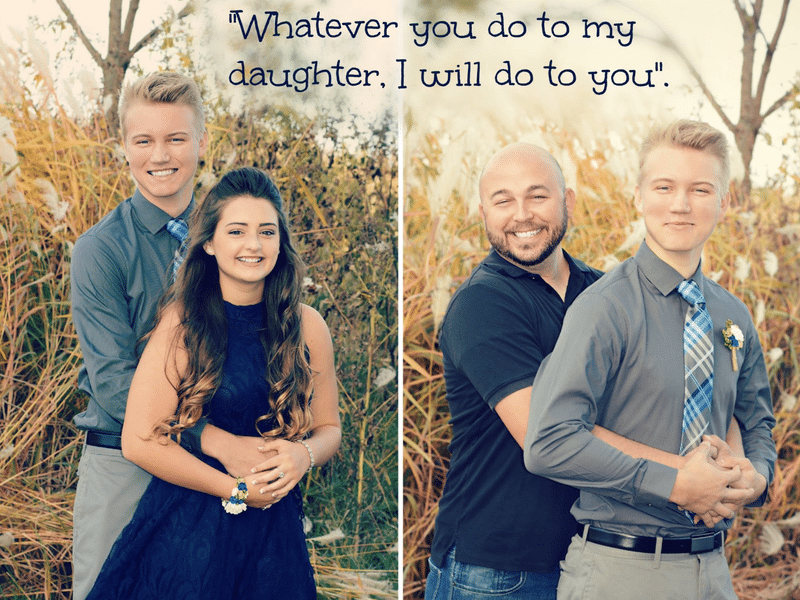 Overprotective parents pull out the most unexpected tricks to ensure the safety of their kids, and sometimes, it’s so funny even their kids gotta laugh.

This is another strong candidate for the Dad of the Year award.

9.) This Is How the Youngsters Do It 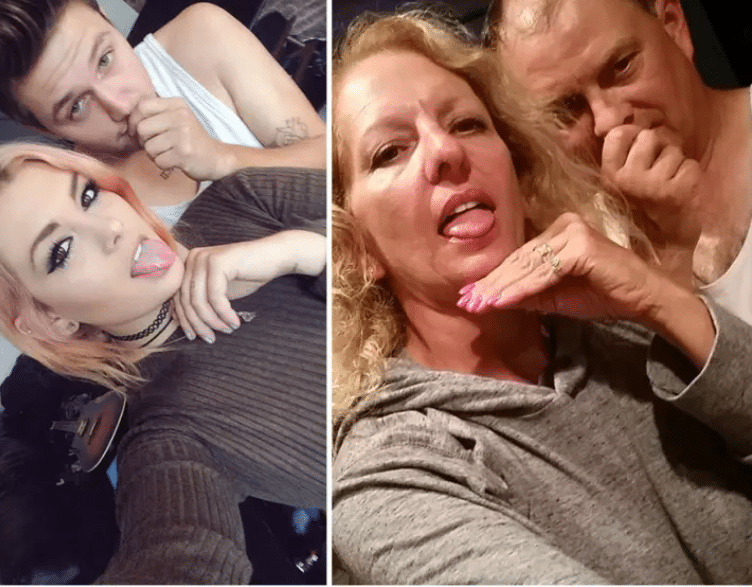 Ever tried to teach your parents how to take an Insta-worthy selfie? The success rates of this experience aren’t always high, but when it works, the results are nothing short of exceptional.

These parents mimicking their daughter’s selfie are the perfect example.

8.) Knife Tatts Don’t Cut It for This Dad 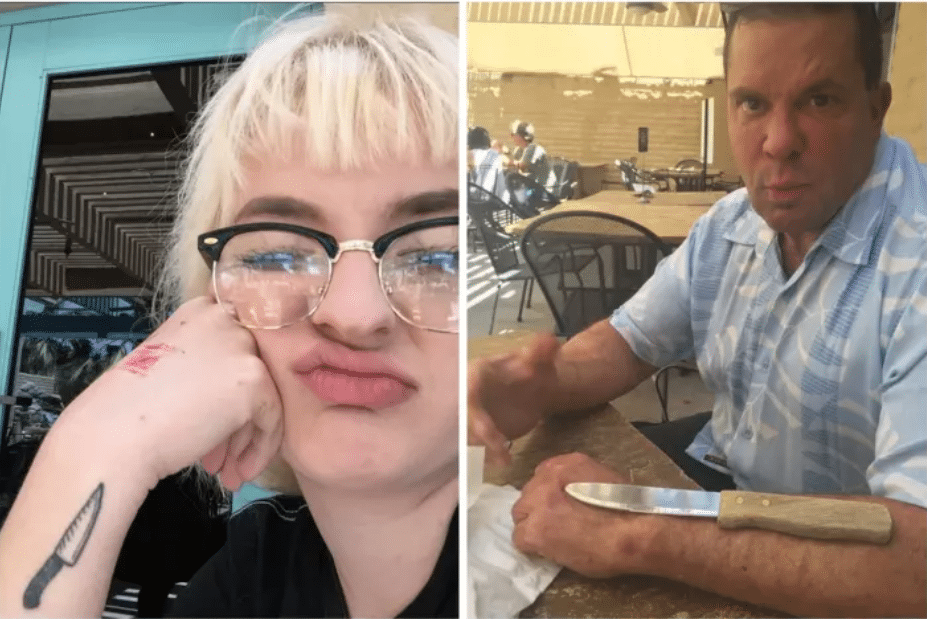 1. Try to convince her to get it lasered out.

2. Tease her on the internet and make the day of thousands around the globe.

We obviously know what option this dad chose. But you: What would you do? 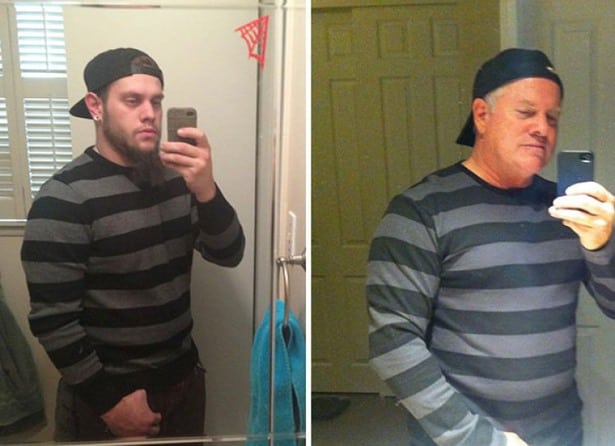 Swagmight be genetic after all.

He nailed the pic down to the details: the striped shirt, the cap and, more importantly, the steady pose. How he didn’t burst out in laughter when taking this picture, we will never know.

6.) Those Who Missed the Game, But Not the Fun There are some signs that show you when your friend earns her BFF title, and one of them is that she knows how to have fun when you guys are around.

And when you level up to having multiple BFFs, it’s time to start making fun of your son’s pictures. Squad goal? Definitely. 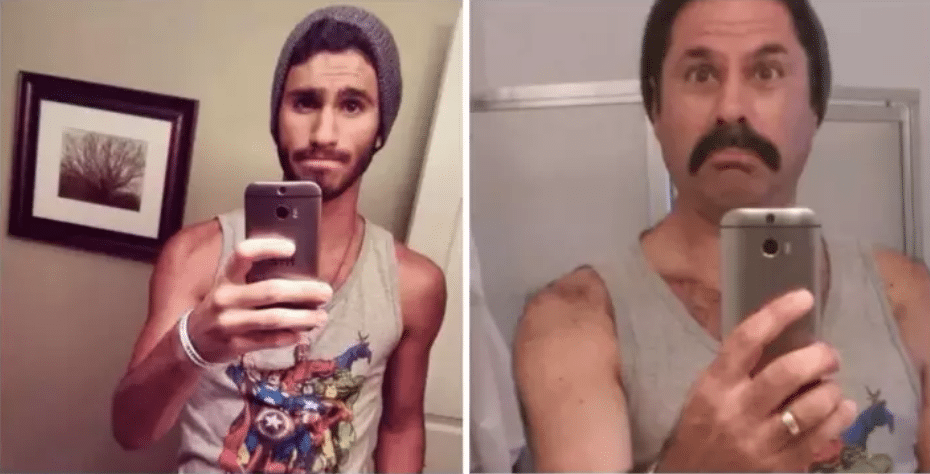 Now, that’s what we call first-class trolling. At first, this dad couldn’t resist the urge to recreate his son’s picture, only to be followed shortly after by his wife’s version of it.

Needless to say, they both nailed the impression. Now the question that remains: Does every family member own their own Avengers T-shirt? 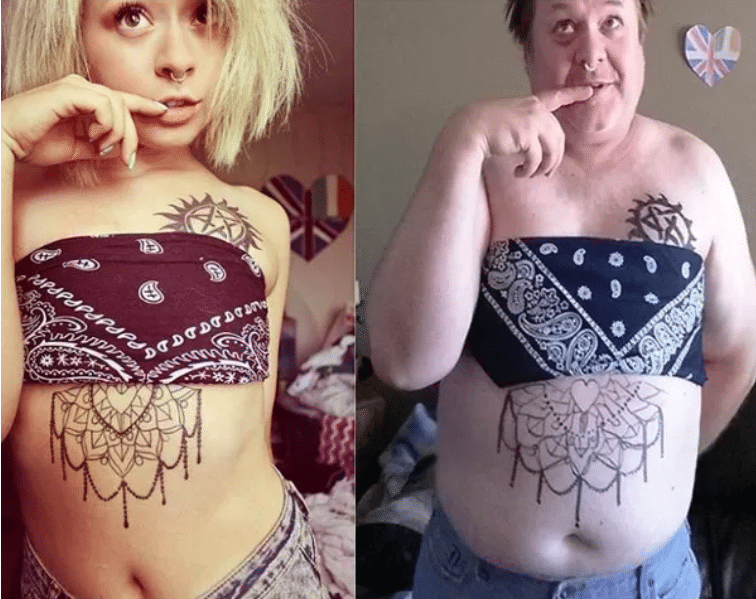 Here’s one last Burr vs. Cassie photo for the road. This double-tap worthy picture is one of the most hilarious ones on Burr’s Instagram. Is it the too-small bandana top, the innocent(?) look in his eyes or the sharpied “tattoos”?

We don’t know for sure, but the whole comical effect of this pose is uproaring. 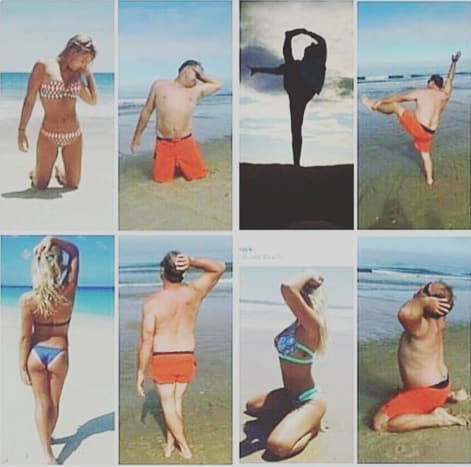 Who did it better? Sorry, but we’re leaning for the dad.

We’re giving this dad a big hand for his dedication: four pictures in one go; not many people would dare to do it in a frequented area. We wonder how many amused looks he got during his photoshoot. 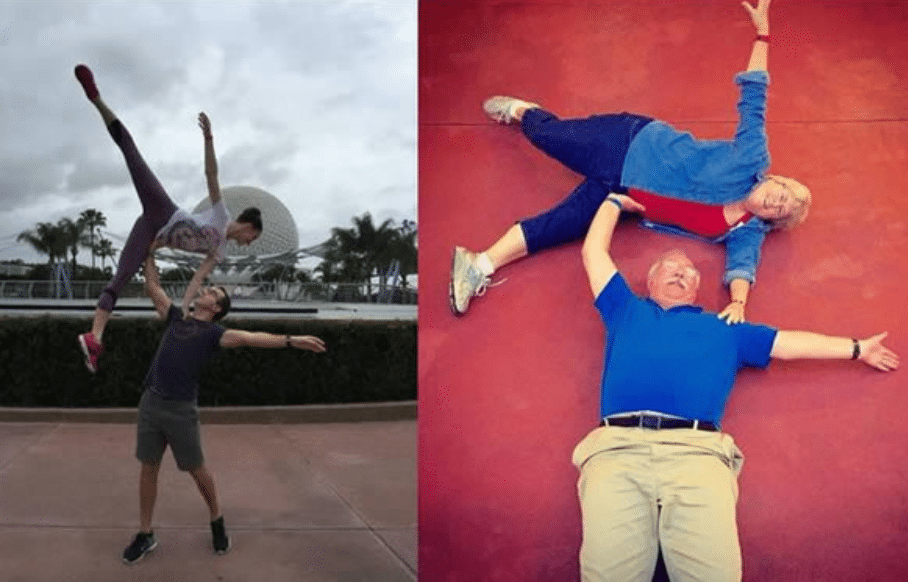 If you wanna get moving but hate the gym, you might wanna give these unconventional workouts a try, or you can try to copy your grandchildren’s fitness routine.

1.) The Mom Who Knows How to Keep a Joke Going

Funny parents know how to get the last laugh. When Dalton Ross, 22-year-old, moved to London, he received a text from his mom asking him if he was alright. As a response, the young prankster sent her a pic with a life-sized cut-out cardboard of himself.

The mom took it as an opportunity to take Flat Ross on hilarious adventures, from sending him to an egg hunt on Easter tosetting him up on a date with Barbie. We hope the real Ross is having as much fun as his cardboard twin!

What do you think of these funny parents? Did your parents ever pull a prank on you? Let us know in the comments! If you want more funny parents content, make sure to follow the funny parents on Twitter featured in our next article! 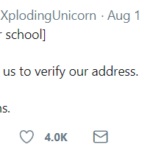