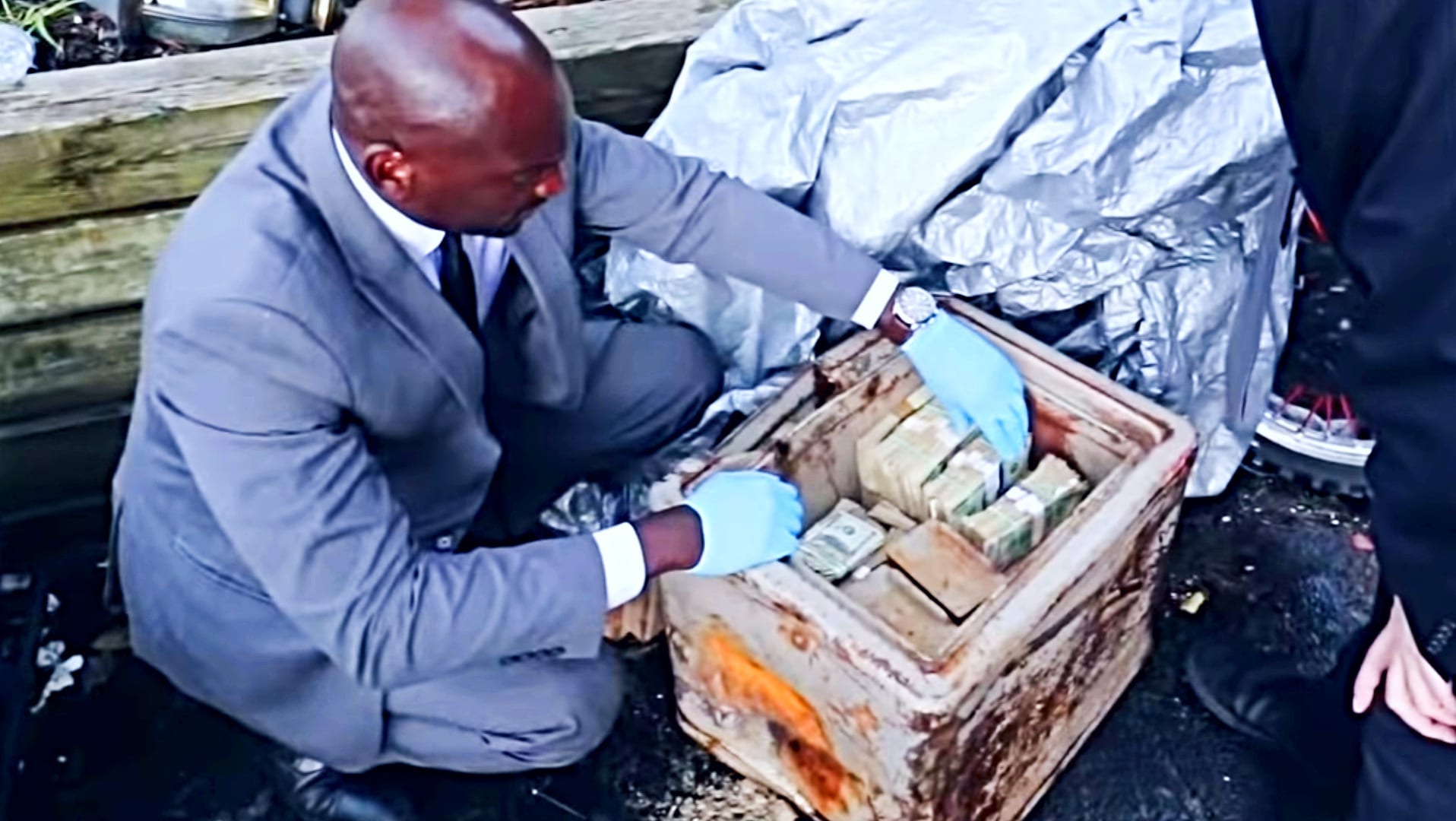 Moving house is one of the most stressful times in a person’s life. You’ve got to upheave your entire life, move it across great distances and somehow make sure everything goes smoothly.

But once you’re safely in the new place, you can breathe a sigh of relief and set about starting your new life. That is, unless you discover something that wasn’t included in the inventory…

Link To The Past

One Reddit user was doing a bit of refurbishing on his recently acquired 1930s house when he discovered something that would have been more at home on a pirate ship.

While it initially sparked fears that he’d bought some kind of ancient torture house, the handyman decided the giant chain embedded inside the wall was likely the remnants of an old coal furnace or dumbwaiter.

After finding some suspicious boards covering a door in the basement of his new house, one man discovered an entire room that wasn’t mentioned by the realtor.

But what he found inside was the real shock. Several cases of ammunition, empty gun cases and even a grenade had just been left there. Luckily, the explosive was a dud, but it left the man scratching his head as to what the weapons were doing there.

A woman was devastated when she lost her wedding ring in her home, especially after she had to move out without ever having found it. She told the realtor to pass on a message to the new owners, asking that they keep an eye out for it – but nothing turned up.

One year later, the diamond ring was found safe and sound in a cabinet. Fortunately, the new owners didn’t hesitate to reunite the ring with its rightful owner.

While clearing out some closet space in the bedroom of his new home, Reddit user StimpyMD discovered a mysterious safe. Once he’d managed to pry it open, he found it was stuffed with $1,700 in cash. But to many, that wasn’t the most valuable item in the lock box.

Vintage Beatles and Elvis records were among the booty discovered – which he promptly sold to an avid collector on eBay.

People have discovered some odd items in new homes, but these Ohio State University students stumbled upon an entire human being. After the young men feared their new digs were haunted after hearing strange noises and finding doors left open, they happened across a secret room.

It turns out a guy called Jeremy had been secretly living there and eating their food. Unable to track him down, they left a note demanding he leave.

Finding a person secretly living in your house would give anyone a fright – but that’s nothing compared to a live tiger.

One cannabis user in Houston had broken into an abandoned home for a discreet puff, only to come face-to-face with the dangerous animal. Despite breaking and entering, the smoker alerted the authorities and the tiger was taken to a shelter.

A man in Plymouth, UK, noticed the floor in his living room had a slight dip, so he decided to do a little digging. It turns out the room his family had been relaxing in was built on top of a 17ft deep well.

The father-of-two decided to cover the hole up while his kids were young, but later went back to investigate when he retired. After discovering two WW2 bombs in his garden, the explorer hopes to find something interesting once he gets to the bottom of the well.

A family were confused when several items had gone missing from their home, but thought nothing of it until they discovered a bookcase in their bedroom that revealed a hidden room.

Inside were blankets and sweet wrappers – along with the missing personal items. Frightened, the family quickly fled the home and the police were forced to board the house up. Yikes!

An eccentric homeowner known to hide valuables in military ammunition cans created a nightmare legal case for a couple who discovered one of his more valuable stashes.

After some renovation work uncovered $500,000 in stowed cash, the new tenants were thrilled their money worries were finally over. But following a long legal dispute, the courts ruled the pair had no right to the money and it was handed back to the since-deceased owner’s estate.

It didn’t take this family long to discover the giant boulder sat in their living room.

Not being quite as easy to throw out as some other belongings that get left behind after a move, renovators decided to fit the design of the home around the rock. It certainly makes for an interesting conversation starter!

Imgur user branik12 was doing some renovations of his 1940s house when he discovered some strange scribbles on the walls of the basement. Thinking nothing of it, he went ahead and removed the basement ceiling to discover a vintage lunchbox stuffed with cash.

After talking to a lawyer, he found he was allowed to keep the money – $45,000 in total – with many of the old bills worth three times their face value.

A woman in Wales was actually well aware of the WW2 bomb sat in their house after her father had brought it home from Japan during the 1940s conflict. What she didn’t know was that it was live and dangerous.

After making the shocking discovery, a bomb disposal unit came to perform a controlled explosion. The woman later admitted she’d unknowingly taken the live bomb to a show and tell as a child. Can you imagine what could have happened if she hadn’t spotted it in time?