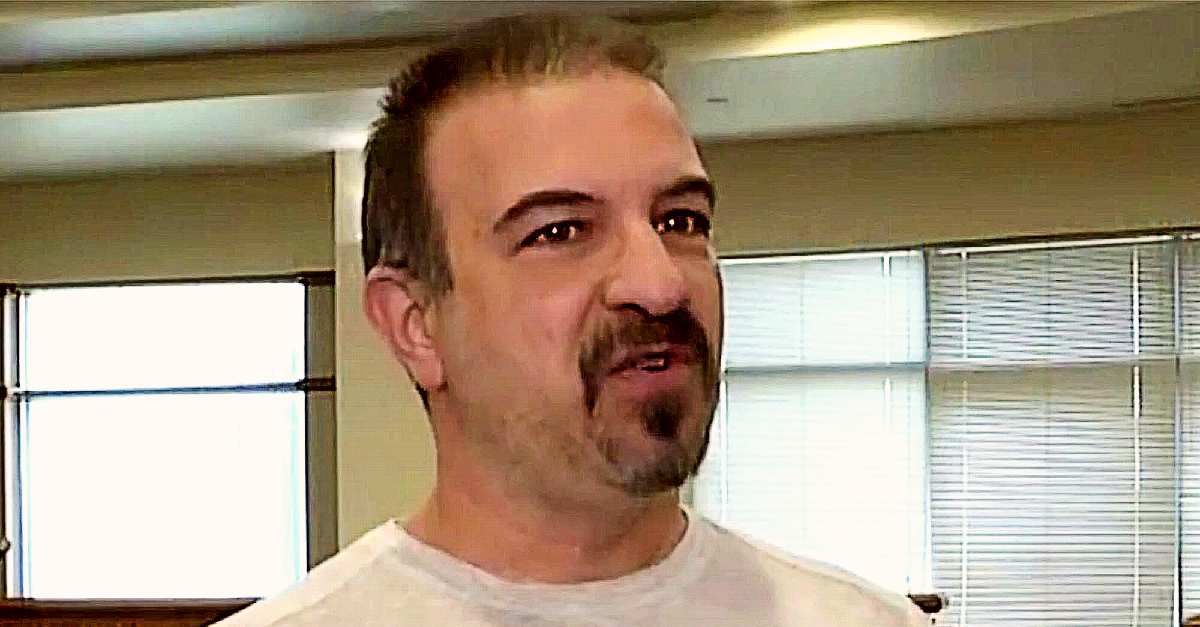 When he first learned of his brain tumor diagnosis, it felt like his whole world came crumbling down in front of him. However, a week after his diagnosis, something inconceivable happened: his sister and wife got diagnosed with the very same thing.

He had no idea what was going on. Was his family cursed? He knew he needed to get answers, so he searched for them. He quickly uncovered the terrible truth: the reason was the old high school where he had attended years before.

47-year-old Al Lupiano was born and raised in New Jersey. After high school then, he began his life as a mechanic in Newark, where he lived with his wife.

He was content with his life. He had never lived anywhere else other than New Jersey, and he didn’t feel the need to. He met the woman of his dreams in high school and married her as soon as he could. Everything was perfect until one fateful day when their lives took a drastic turn.

it felt like it came out of nowhere. It was a Wednesday morning, and Lupiano began experiencing very strange unexplainable symptoms.

He would get horrible migraines, and for a good part of the day, he would feel as if he was about to pass out. He began experiencing forgetfulness, and focusing at work was an impossible task. He did not know where all of this was coming from, but he knew he needed to consult with a doctor.

The doctor began inquiring about his lifestyle, if he had incorporated any changes recently, how he was dealing with stress, and everything else he felt was relevant. However, nothing seemed to explain Lupiano’s rapid onset of symptoms.

He had never touched a cigarette, rarely drank, and avoided over-the-counter medication as best as he could. He was a happy man and did not suffer from any mental health disorders. As a result, there appeared to be no obvious explanation for what was going on.

The doctor then referred Lupiano to a neurologist in the hopes of getting him answers. Perhaps they could figure out what was going on with Lupiano’s brain.

He made an appointment, and the neurologist sent him in for an MRI scan to determine if there were any abnormalities in his brain. After the results were announced, Lupiano was floored by the news.

The neurologist shared that there was a tumor in his brain. It had been there for almost a month and they could only hope that it was still treatable.

Lupiano’s heart dropped into his stomach when he heard the news. The only option they had was to hope for the best. Lupiano felt powerless. However, soon after he experienced a second setback; his problems weren’t over.

Shortly after the news of his diagnosis, Lupiano’s wife then began experiencing identical symptoms. As a result, the couple became fearful.

What are the chances of that happening? Brain tumors don’t spread like viruses. Was there a possibility that both of them would be diagnosed at the same time? Lupiano’s wife saw a neurologist immediately this time.

She was diagnosed with a brain tumor as well! It was an awful situation. And a couple of weeks later, Lupiano’s sister began experiencing the same symptoms, and she was also diagnosed with a tumor!

That’s not going to happen. What had happened? It appeared to be a cosmic curse or a terrible prank. Lupiano began looking for correlations at that point. What may have led his entire family to develop brain tumors at the same time?

Since he didn’t know for sure if there were nuclear plants in the area, he experimented with the idea that there might have been a nuclear bomb detonated nearby many years ago.

In the library, he perused dozens of books and recordings, but he came up empty-handed. It dawned on him that his wife and sister had something in common.

The three of them were high school classmates. That could have been insignificant, but Lupiano had a hunch it wasn’t.

After several failed attempts at pursuing the idea, he came up with an idea. Determined to receive answers, he sought out a number of resources. He had to uncover the truth.

He started a Facebook page for alumni of that old high school. Hundreds of people joined, and the first thing Lupiano did was post a question.

He asked if any of the people who had studied in that high school during the 80s, as he did, had been diagnosed with brain tumors. And soon enough, he started getting responses.

Apparently, dozens of alumni had been diagnosed with brain tumors in the last few years! It was really uncanny for Lupiano to see that he and his family weren’t the only ones.

Now, the question was clearer: there seemed to be something about that old high school. Lupiano was wondering what his next step would be when he received an unexpected phone call.

It Was The Principal

It was the high school’s principal. She had seen Lupiano’s page on Facebook, and she was concerned about what was going on. Lupiano told her that he knew as much as everyone else: apparently, 94 alumni from that high school had brain tumors.

The principal told him that he would do everything he could to help with any investigation on the matter. Some days later, the two of them came up with a response to the problem.

They Called The Authorities

They contacted the state Department of Health, the Department of Environmental Protection, and the Federal Agency for Toxic Substance and Disease Registry. They told them all they knew about the case.

Shortly afterward, an environmental engineering firm agreed to collaborate with the authorities to find out the whole truth about the issue.

Closer To The Truth

As of today, people in New Jersey are still waiting for the investigation results. “We’re just going to wait to find out. Obviously, everyone’s praying and hoping for the best,” another alumnus told the reporters.