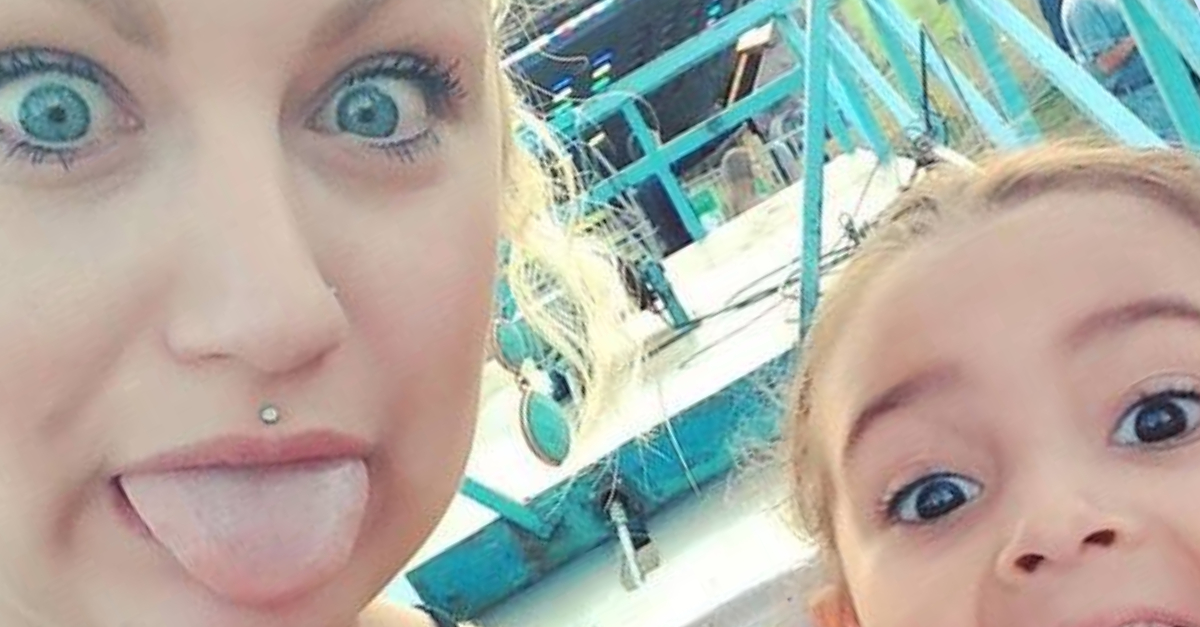 Audrey Loving wished to rise beyond the “baby mama drama,” but she realized it would be difficult. She battled with the idea that a new woman had joined the picture.

In the hope that she’d reach many people, Audrey took to Facebook to share a message the other woman couldn’t ignore.

Relationships are complicated, as we all know. It might be considerably more complicated when children are involved. Someone is set to explode, with unpleasant exes, messy divorces, custody battles, and new significant others stepping up to complicate matters further.

Audrey Loving met Corey Henry at the young age of 18, and the pair instantly connected. They were confident they’d spend the rest of their lives together, but they were wrong.

They had a child, and their love for each other grew deeper each day. Corey proposed to Audrey, and they both promised to be together until the end of time.

They had their whole lives ahead of them, and things seemed to go perfectly for the pair.

Their romance was busy blossoming into something special when Audrey gave birth to a sweet baby daughter. They named their daughter Riley, and the couple could not have been happier.

But that didn’t imply their lives were without flaws. They were inexperienced and didn’t have a solution to all of life’s problems. Audrey and Corey had difficulty adjusting to their new lives despite desperately wanting to make things work.

Corey worked a very demanding job that required him to travel a lot. This meant Audrey went weeks without seeing her husband. This placed a lot of stress on their relationship. Even more so, given that they were so young.

After numerous fights and disagreements, the pair agreed that it was in their best interest to get a divorce. However, they were unsure of how their decision would affect their daughter.

Adjusting To Their New Lives

They decided that they should co-parent their daughter. Riley lived with Audrey, but Corey promised that he would be as involved as possible and often spent weekends with his daughter. It took some time, but they were finally adjusting to their new lives.

But, just when it appeared that they had finally found a solution, their relationship took another drastic turn. This put an end to their new peaceful coexistence.

Corey fell in love with a new woman and began dating her. This was problematic to Audrey as she did not anticipate him moving on so quickly. She knew it would happen eventually but not so soon.

Terror paralyzed Audrey. Her mind began to feed her the worst-case possibilities. Would Riley be influenced positively by this new woman? Is Riley going to like her more than her biological mother? Would Audrey’s daughter be taken away from her by this new mother figure?

Corey’s relationship with Whitney began to escalate. At this point, Audrey realized that she needed to reclaim her control over this situation. She planned on showing Whitney who Riley’s real mother was.

Audrey would set down detailed instructions for Whitney to follow when Corey’s daughter visited him. Then the overwhelming texts told Whitney everything she needed to know. Audrey was taken aback by Whitney’s reaction.

Whitney obediently followed Audrey’s instructions to a T, sending the mother images of her and Riley together regularly, as well as constant text updates. Audrey began to doubt her strategy. She began to question whether she was being too harsh on Whitney.

Audrey warmed up to Whitney as she reminisced about her own upbringing. “I heard the nasty discourse about the ‘other lady’ when I was growing up, and I didn’t want my child to hear the same thing,” Audrey explained.

Audrey realized that Whitney deserved a chance and softened. Her entire perspective of Whitney changed once she let go of her own insecurities. Her attitude toward the new woman in her daughter’s life had shifted. Audrey was prompted to create a Facebook post to alert others in similar circumstances.

Audrey expressed her gratitude for Whitney in a Facebook post. “I’m grateful for her because when Riley goes to see her father, Whitney feeds her, looks after her, buys her gifts, and basically treats her as if she were her own child.”

Audrey raved about her newfound love for Whitney, and she didn’t hold back in admitting that her reservations were unwarranted. Every excellent person who comes into her daughter’s life is a gift.

Audrey’s Facebook feed was swamped with words of understanding and gratitude when she wrote about her excellent relationship with Whitney. She believes that all mothers should be more understanding of their ex-new husband’s woman and not pass judgment so hastily.

Audrey admitted that It’s not easy to be a mother to a kid that’s not yours. So when there is someone trying their hardest to take care of someone else’s child, they shouldn’t be pushed away.

Audrey said that any kid can have two moms because and the more people that love a child, the better. And she had no choice but to be happy about it.

She followed by saying that she would never make her feel like an outsider in Riley’s life. Whitney had taught Audrey a lesson by helping her grow as a mom and as a human being.

Many mothers who saw the post on Facebook were greatly influenced by Audrey’s inspiring words of acceptance and positivity towards Whitney. This led to the post going viral in record time.

Thousands of supporting comments flooded her post, making the essence of Audrey’s story crystal clear and the lesson one to learn from.

It’s Not A Competition

When two people love a child, they shouldn’t compete against each other. All that matters is that they both love the child and want what’s best for them.

Audrey was never in any position of losing her daughter. In fact, Audrey gained more than she could have ever dreamed of in Whitney, especially given how draining this type of arrangement can be on a child.