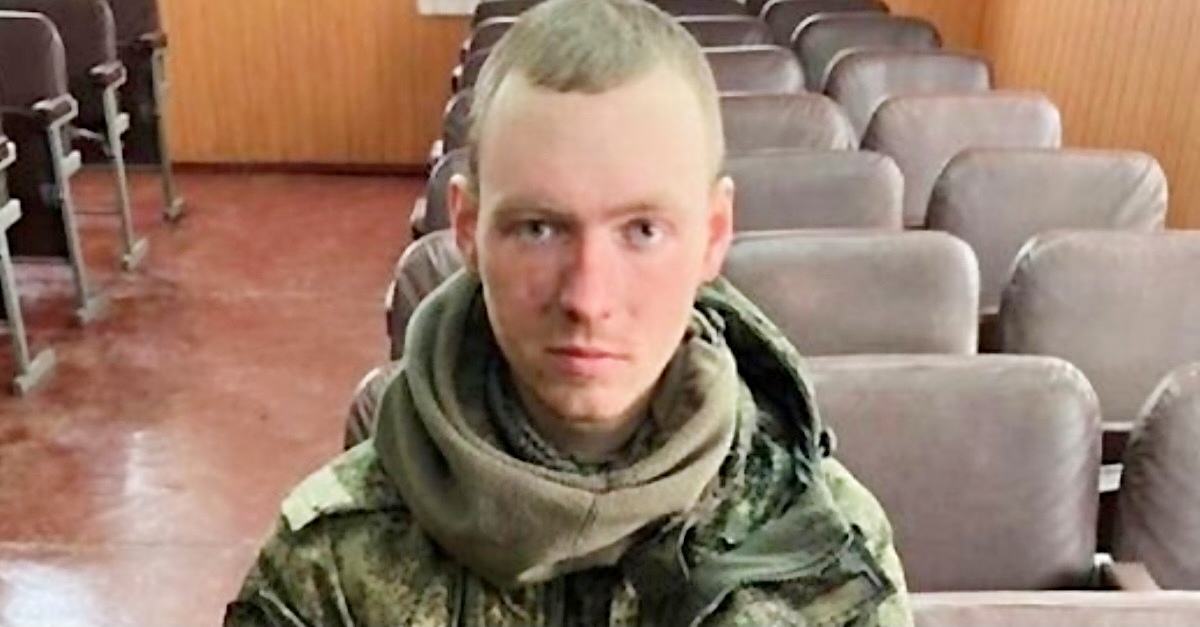 Dimitri had joined the service out of a deep sense of duty and pride. He was still young at the time but keen to make his mark. Things had seemed simple at first.

After initial success, the resistance had begun pushing back hard. It was supposed to be a simple incursion. Now he and his team were surrounded and he was forced to surrender. Dimitri began to fear the worst.

Dimitri was raised by his mother. They’d had a hard life. It wasn’t how they thought life would turn out. His father had lost his life in combat when he was 11.

The few memories of his father Dimitri still clung to were punctuated by the lessons the old man had tried to instill in him.  Duty and love for your country were the two that stuck out. He was an adult now and those same lessons troubled him now more than ever.

Dimitri had been raised amid the weight of his nation’s proud and difficult history. There were often split opinions among residents these days but Dimitri knew that his people had a proud heritage of standing together when it mattered.

Things were changing though and many young people sought to reject “the old ways” these days. Dimitri would not be swayed by his friends and peers. He knew where his destiny lay.

A Sense Of Pride

For Dimitri, military service was not just an obligation imposed on them by the state. To them, it was a calling; one driven by a sense of duty and pride.

To Dimitri, even if the conscription wasn’t mandatory, he would have gladly signed up on his own accord.  Service was a way of life and Dimitri was willing to sacrifice to complete his.

Dimitri never waited and signed up for his military training straight out of school. The training procedures were ruthless and made that way to forge good soldiers out of a baptism of fire.

Dimitri passed his training without incident and felt a sense of honor when he graduated. He may have only been 18 but the conflict had been brewing for some time now. His country needed him and he was determined to answer the call.

Dimitri wasn’t the only young man there. Many others like him took pride in their orders. It motivated them to dive into active service without fear or hesitation.

Their orders were clear.  The fight was a justified one. The situation was growing in intensity each day. It was to Dimitri that training was over now. It was time to face things in real life.

Their orders divided opinion among some of the younger recruits. Certain Privates from Dimitri’s camp began questioning if this was all necessary.  There was no doubt in Dimitri’s mind. His loyalties were clear.

The conflict erupted suddenly and was followed by days of fierce combat. It was all real now. Dimitri realized that he was in a frightful situation now. This was as far from the safety of training as he could ever have been.

Dimitri had grown up learning of his nation’s proud history and reputation as a feared entity in the military space. As a result of all the conditioning, Dimitri had a jaded worldview.

Once he was in the thick of things, suddenly a lot of what he had once believed to be inalienable truths felt dodgy at best. It was too late for doubt. All too soon, Dimitri found himself in a daily battle just to survive.

Things hadn’t been like this at the beginning. Back then, they felt like every day was a victory. Now the resistance effort had begun in earnest and it seemed that the other side had been underestimated.

The rest of the world seemed to be against Dimitri and his team. It angered him to feel so judged. He wasn’t a bad person, just a man serving his country. As the resistance grew, Dimitri worried whether he’d ever get the chance to see his family again.

Dimitri had grown up with a glorified sense of what this kind of conflict truly meant. Suddenly, amid all the devastation, none of the differences between both sides seemed that important now.

There were daily struggles and people on both sides were feeling the toll. For the first time, Dimitri began to doubt everything he thought he knew before.

One day Dimitri’s unit seemed all-powerful and in charge. The next, they were ambushed and overrun by the resistance. Dimitri had been led to believe the entire conflict would be over with his side’s objectives achieved within a month.

Instead, the opposition had proven far more resourceful and determined. He was still virtually a kid when enemy forces captured Dimitri. Now, all he could do was think of his mother. His side had shown little mercy, and he feared the worst as retribution for it.

Dimitri was gripped by anxiety. Adversaries surrounded him. People taunted and yelled insults as he was tied up and publicly marched through the region. Amid the melee, it seemed like people tried to get to him while others held them back.

Dimitri began to panic. His thoughts raced with everything they might do to him. He prepared for the worst in his mind. Instead, he was made to sit down, untied, and given food, refreshments, and a phone to call his mom.

Dimitri’s shock slowly turned to relief. Amid the swelling crowd gathered to see the captured “enemy”, it was clear now that they were simply interested in the spectacle and not out to harm him. His fear had clouded his judgment.

In his calmer state, he could now make sense of what the chattering crowds were really saying. He felt silly for not listening before. After all, so many of them spoke the same language as him. He was shocked by what he heard.

A month ago, Dimitri believed he had nothing in common with them. They were his enemy, and he theirs. Now, as he stood before them, being treated with kindness, dignity, and respect rather than hatred, he was forced to reconsider everything he thought he knew about them.

Instead of anger, retribution, or revenge, all he heard were words of shock and concern, words like “he’s just a kid” and “it’s not his fault.” He could not help himself and broke down into tears.

For so long, both sides had been embroiled in a conflict that devastated and affected so many people. When Dimitri could eat and speak to his mom and assure her he was okay, his mind raced again. It was full of regret and confusion as he doubted everything he previously believed.

It seemed less about “us” and “them” anymore. For the first time since the entire conflict began, Dimitri saw no differences between himself and his captors. It dawned on him that they were all part of one race, the human race.