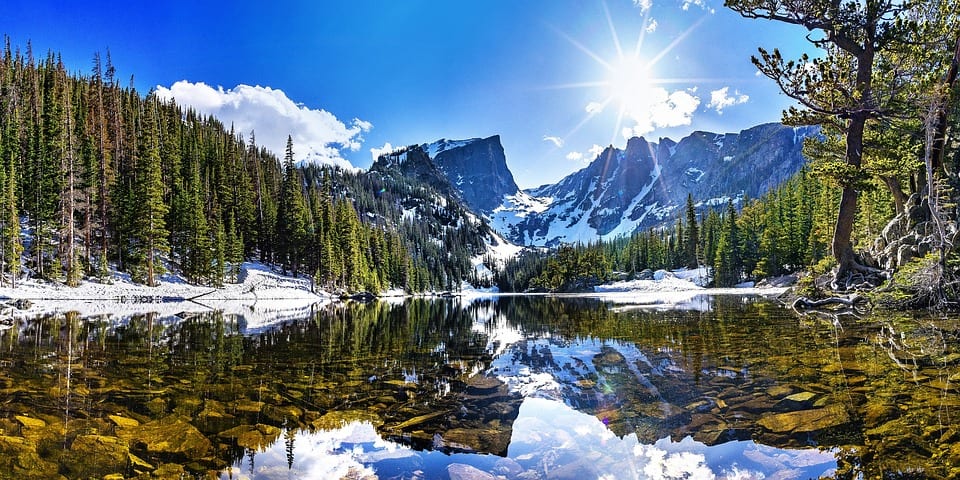 Baby steps. It’s the most efficient way to work major changes into our lives and when it comes to ways to improve the earth, these “baby steps” and Earth Day tips can add up to mega changes. Especially if everyone embraces them.

We’re not recommending everyone go out and buy a Tesla tomorrow (although, wouldn’t that be nice?), go vegan, or add solar paneling to your roofs. But there are a few small, easy things you can do in your everyday lives that can improve the earth.

Earth Day is technically April 22 but we believe it should be celebrated every day. After all, we only have one earth and we need to take care of it. Here are a few Earth Day tips to incorporate into your everyday life that can literally make our world a better place.

Meatless Mondays originated during World War I (though back then it was “Meatless Tuesdays”). In that era, this wasn’t thought of as an Earth Day tip but rather a way to help preserve key staples for the war effort during a time of food shortages across the country.

In addition to Meatless Tuesdays there were also Wheatless Wednesdays. Meatless Tuesdays became Meatless Mondays during World War II and it’s a concept that is still embraced today, although for different reasons. While Americans are fortunate to no longer experience food shortages, there are still benefits to embracing Meatless Mondays. The health benefits should be obvious (lowered risk of heart disease, type 2 diabetes, obesity and cancer) but did you know there are also major benefits to the environment?

According to National Geographic, “eating beef is actually more harmful to the planet than driving a car.” Skipping one burger a week is equivalent to not driving 320 miles! Additionally, going meatless helps combat deforestation and saves massive amounts of water. Can you believe it takes approximately 900 gallons of water to produce just one 8 oz. steak?

Assume the average family of four each consumes one steak, once a week. That’s 3,600 gallons of water. Plus, the majority of the Amazon’s deforestation (70%) is done to provide land for cattle ranches. By consuming less meat, you can literally help save the rainforests. Can you believe giving up a cheeseburger can actually improve the earth? This is one of the easiest Earth Day tips there is.

Now, we’re not saying you need to go vegan but it’s not going to kill you to substitute a veggie or fish based meal option instead of a filet mignon. Need some inspiration? Check out some of our favorite vegetarian Chinese recipes.

In Amsterdam between 2005 and 2007, commuting by bike surpassed commuting by car for the first time on record, with residents riding bikes 0.87 times a day vs. traveling by car 0.84 times according to the research group FietsBeraad. We wish this were true for all countries.

The United States has some of the most congested cities in the world. Nationwide, drivers average 41 hours per year in traffic during peak commuting time. And that’s just the average! In some cities, such as Los Angeles (the worst city for traffic in the world), drivers spend 102 hours in traffic congestion each year. Those of us who have been stuck in traffic jams know how frustrating this can be. But did you ever stop to think about the impact this has on the environment? Maybe we should look to Amsterdam for a few Earth Day tips.

90% of cars’ harmful impact on the environment comes from fuel consumption. These emissions cause air pollution and greenhouse gases that have a direct link to climate change.

If you live in a big city, consider taking Citi Bike or any other type of bike-sharing option to work. It’s an easy and efficient way to get your pre-work workout in and you’ll be helping the environment by doing it. We’re not saying you need to do it every day. Similar to Meatless Mondays, consider Bike-to-Work Fridays. It’s one day; it won’t kill you and it will seriously help our planet!

If you have a fitness watch, make sure you wear it. Once you see how many calories this lifestyle change helps you burn each morning, you’ll be riding your bike everywhere.

If your work is too far to bike to, how about carpooling? If everyone stopped driving for just one day each week, imagine how much better our air quality could be. Again, this is just another example of easy Earth Day tips.

We hope you’re not surprised when we tell you trees are good for the environment. What should be surprising (and scary) is that over the last 50 years, nearly half of the original forest coverage in the world has been destroyed. As we mentioned above, part of this is due to the creation of new pastures for cows (one of the big reasons Meatless Mondays made this list of Earth Day tips).

So, we know that trees are good because it’s been ingrained in our minds since childhood. But why? The quick answer is they produce oxygen and help remove carbon dioxide and other pollutants from the air, overall helping to prevent climate change. Climaterally.org shares a more comprehensive list:

So go plant a tree today and improve the earth. Better yet, get involved in an organization promoting reforestation, such as onetreeplanted.org or Trees For the Future.

Here’s another scary statistic for you: 60,000 plastic bags are consumed every five seconds in the U.S. Assuming you’ve been reading up until now, we’ll be generous and say it’s taken you two minutes. That’s over 1.4 million bags consumed in the time it’s taken you to read this far.

Plastic bags are a pain to make. They’re constructed using non-renewable resources such as petroleum and natural gasses and they’re even more of a pain to recycle. Not only do they not biodegrade, over time they release dangerous chemicals. Plus, they block sorting equipment at recycling facilities.

Need more incentive to stop using plastic bags? They leach toxic chemicals into our drinking water. They kill sea turtles and whales who mistake them for jellyfish and ingest them.

So, what can we do? Baby step: use paper bags. Better step? BYOB! Invest in a few cute, reusable canvas bags and bring them with you whenever you go to the grocery store and BOOM! You’ll help to improve the earth and look more stylish at the same time. See? Some of our Earth Day tips can actually make you more fashionable.

Did you know that by purchasing a FEED bag, you help fight childhood hunger? Each purchased natural burlap tote provides one child with school meals for a full year in 63 of the poorest countries in the world.

Are you a gal who considers wine your best friend? Get a tote bag that shows off that love!

Want to share some Earth Day tips with everyone you encounter? Invest in a cotton tote that shares the message!

Reduce. Reuse. Recycle. Honestly, we really shouldn’t have to remind you of this as it’s something that’s been ingrained in our brains since childhood. This shouldn’t just be one of the Earth Day tips but something you do every single day.

We hope that as mature adults, you at least separate your glass, plastic and paper from the rest of your waste. But looking at the figures above and seeing how far behind the rest of the world North Americans are? Perhaps you need a reminder: Recycle. Please. Recycle. Improve the earth.

In 2013, Americans generated 254 million tons of trash — that’s more than four pounds per person per day! Assuming that only 34% of that is recycled, that means that the average person contributes over 960 pounds of waste annually. If we increase our recycling, we can improve those numbers. According to the EPA, recycling is beneficial because it:

We hope this post has inspired you to take some baby steps. Make some subtle changes in your everyday life that can have big impacts on the environment. And next week? Take a few more baby steps. Maybe start this week by sorting your glass from your trash. Take it to a recycling center if your local company won’t accept it.

Next week, BYOB to the grocery store and help reduce the amount of plastic bags. The week after? Have a veggie burger on Monday. And finally? Call a friend and plant a few seeds together. And then repeat.

Are you up for the challenge to incorporate Earth Day tips into your everyday life? Let us know in the comments what you did today (okay, or plan to do tomorrow) to better the world.