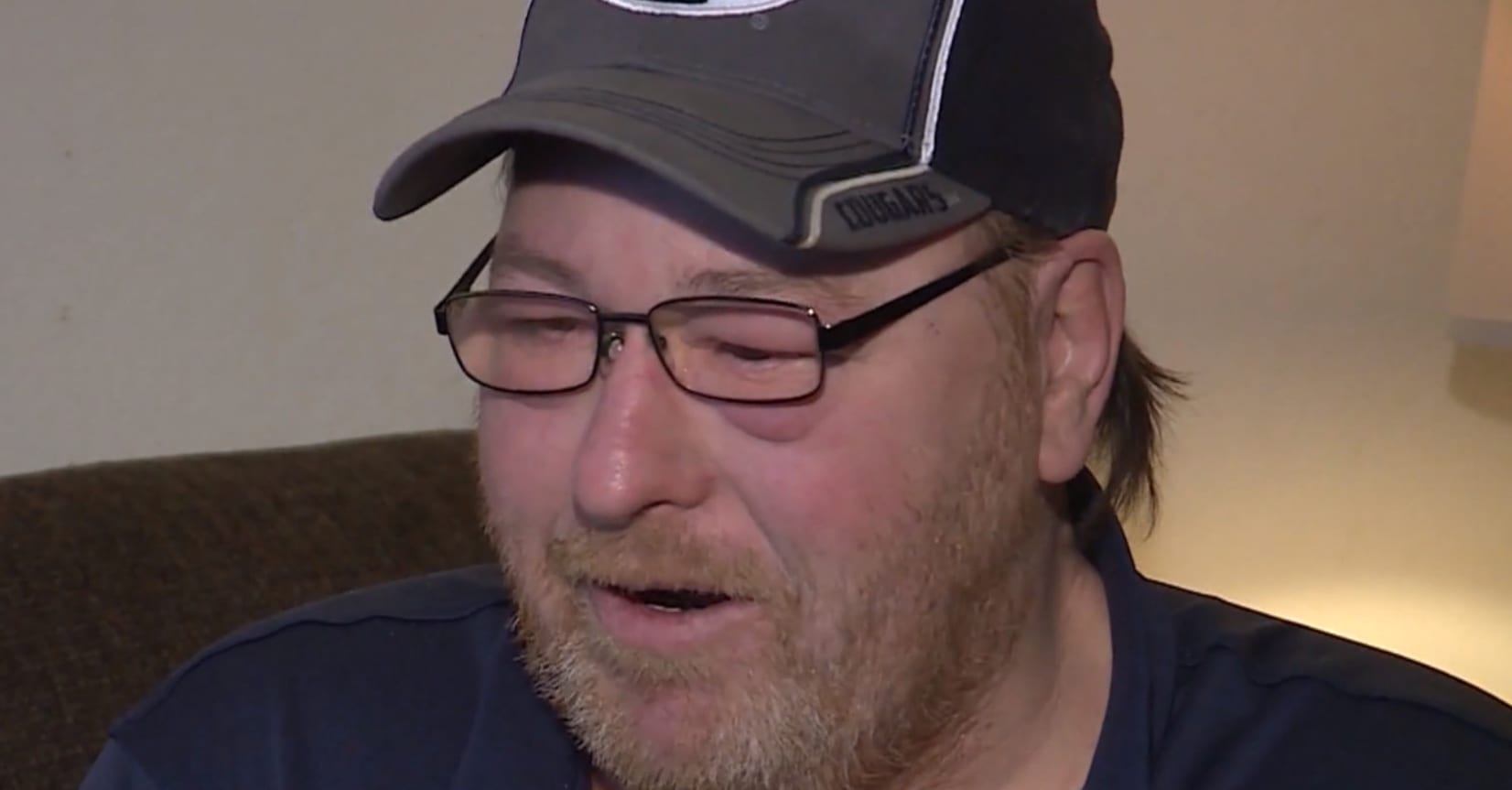 He remembered the day he had looked at her long, beautiful locks and shook his head. In one decisive motion, he pulled out the clippers and shaved it all off.

His daughter was angry that she looked like a boy with her short crew cut, but he really had no other choice. At least that was one problem solved… or so he thought.

Philip Pieri lives with his 11-year-old daughter in Utah. Every morning, he leaves for work early. But he trusted Isabella to always get ready for school and board the school bus by herself — and so far, she always had.

When the first late slip appeared in her schoolbag, he didn’t think much of it. But when she received a second and third warning over a two-week period, he began to grow alarmed.

Isabella had grown up in a loving environment and the early years of her life had been incredibly happy. They hadn’t had a lot of money, but Philip had always worked hard to make sure that Isabella had everything she needed.

His wife, Patricia, always assured him that they’d get by. Little did he know, life had other plans.

Isabella was three when Patricia was diagnosed, and she sadly passed away six years later. Philip was devastated. But, instead of giving up, he put his head down and resolved to be there for his daughter.

But, unfortunately, there was nobody to help Isabella get ready in the morning and take her to school, which had its own consequences.

Isabella, now without a mother, had to learn to become more independent. She woke up early every morning to get ready for school and took the bus by herself. It wasn’t easy, but they managed.

Two years passed. But, without the time or the know-how, Philip had overlooked something massive…

Isabella began to get warnings from the school for being late every morning. One evening, after a long day at work, Philip sat her down to try and find out what was going on. But Isabella immediately clammed up and tried to change the subject — she didn’t want to hurt her father with the truth.

One day, Philip informed his boss that he was going to be leaving work early. Then, right as his daughter was due to come out of school and get on the bus, he pulled up to the corner and waited. Was she really taking the bus every day?

But, sure enough, he soon spotted her. She got on the bus with a few of her friends — right on time. He followed the bus all the way home. But then, he noticed something odd.

Phillip knew that Isabella was going through a difficult period of her life. Since his wife had passed away she hadn’t been the same. And who could blame her? She had only been nine years old at the time.

But there had been a marked change in her behavior of late. And Philip was determined to get to the bottom of it.

The following evening, Philip sat Isabella down again. He broached the subject gently, first by asking if Isabella was having trouble sleeping at night. Was this why she had been late for school last week? Was she oversleeping? Isabella shook her head.

But when he finally confronted her about the bus driver, he saw her eyes widen in surprise.

Philip asked Isabella why the bus driver was keeping her on the bus longer than the other kids. Was that why she been late for school every day? Then, Isabella opened up and told him everything.

The bus driver had been keeping her on the bus in the morning and evening — even after all the other children had gotten off. Philip was dumbfounded when she admitted that it was because of her hair. Was he in trouble?

After her mom passed, Isabella had struggled with her hair every morning. This revelation was no surprise to her dad — he was well-aware of the problem.

In fact, Isabella and her dad had come to blows over her hair more than once. In the end, the desperate dad felt he had to resort to drastic measures to keep it in check.

Philip tried his best to untangle Isabella’s hair, but he just didn’t know how. “She’d get mad at me for pulling her hair. I didn’t know how to do it,” he admitted in an interview. That’s when he knew that he was out of options.

He grabbed the clippers he used to keep his own hair trimmed and shaved it all off.

After inspecting her shorn head in the mirror, Isabella was horrified when she saw what he had done. But she didn’t want to upset her dad. She knew he was trying his best.

It took two years to grow out again. When her dad suggested shaving it, Isabella refused. Then, they agreed on a compromise.

Instead of shaving Isabella’s head again, Philip took out a pair of scissors and cut half of the length off. But this didn’t solve the issue, and soon Isabella’s hair was matted and unkempt again.

She had no choice but to tie it up to try to hide it, until the day that the bus driver noticed…

Tracy Dean loved her job, and she loved children. When she saw that Isabella was struggling, she knew she had to step in. She saw that Isabella’s hair had been cut the night before and suspected that her dad had no idea how to style it.

She asked her to stay behind on the bus and whipped out a hairstyling kit from her handbag.

Soon, Isabella and Tracy’s hairstyling sessions became routine. Tracy would comb Isabella’s hair out every morning and plait it into a French braid.

“I could tell she was struggling with her hair. We usually do two French braids first and once in a while she just wants one braid,” Tracy admitted in an interview. But why did she do it?

At first, it was slow-going. It took a full week of 10-minute sessions for Tracy to slowly untangle Isabella’s hair. She had been slightly late for school on those days, but Tracy knew it was important.

She has four children at home — one who is almost Isabella’s age. But when Isabella began to open up about her mom, Tracy couldn’t hold back.

When Tracy heard about Isabella’s mom, she started to cry. Isabella was confused. But then Tracy revealed something about her past.

She herself had had cancer, just like Isabella’s mom. She knew she was lucky to have pulled through and was grateful that she could still be there for her children.

Being There For Her

“I didn’t just survive for my husband or my children. I survived for these kids on the bus that need somebody to talk to or do their hair or whatever,” Tracy explained in an interview.

“I also taught (Isabella) how to brush her hair. She’d get on the bus and she’d say, ‘I brushed my hair. Does it look good? I’ll say, ‘You did awesome.’”

Naturally, when Philip found out about Tracy and Isabella’s morning routine, he was dumbfounded. Isabella didn’t want to hurt his feelings at first — after all, he had tried his best to untangle her hair.

But Philip is only grateful to Tracy. “One day [Isabella] came home and it looked beautiful. I call her my princess and she looks the part, she plays the part and her confidence is way up, which is what I’ve been intending,” Philip said.

Soon, the media caught wind of the heartwarming story and Tracy was hailed a hero, but she remains humble.

“It’s just the way my mom raised me, to be nice to everyone—people who need a little love in their life. I like to give all of the kids a chance—even the naughty kids,” she said.