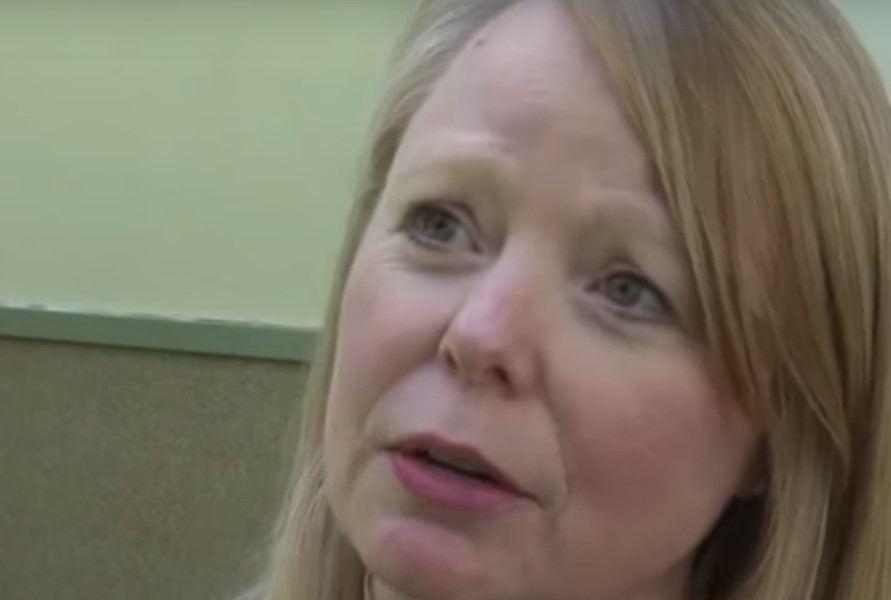 A swell of emotions flooded her mind. It had taken a lot of effort to follow this dog and figure out the reason for her strange behavior. And now that she knew the truth, she almost couldn’t believe it.

In all her years of taking care of animals, she had never seen anything like this. But, despite her incredulity, she knew she had to do something about this situation.

The Right Place, The Right Time

On one fateful April day in Palo Alto, California, a group of construction workers decided to take a lunch break alongside Bay Road. Sitting at a concrete table on the roadside, they handed out paper plates so that everybody could get a slice.

Everyone loves a good slice of hot, cheesy pizza — whether you enjoy a deep-dish New York style pie oozing with mozzarella or a thin crispy base with just the right amount of pepperoni.

Nobody can dispute that pizza is a worldwide obsession, and it may well hold the global title for favorite food anywhere. So it’s no surprise that having a steaming, fresh pizza in your possession may lead to some unwelcome guests…

The workers laid the hot cardboard box on the table opened it, revealing an enormous pepperoni pizza inside. The cheesy, salty scent filled the air as the hungry crew gathered around their plates.

The workers, mouths watering, began to dig in – blissfully unaware that from behind the bushes, a pair of eyes was following their every move.

A down-on-her-luck mother of six watched longingly as the workers devoured their lunch. She could smell the delicious scent of baked cheese and pepperoni, and her empty stomach growled.

She watched and waited, and then saw her chance. Acting purely on instinct, she decided to risk it all, never realizing that this moment would change her life forever.

She slowly crept out from behind her hiding place and calculated the distance, her eyes fixed on the prize. The workers were distracted. It was now or never.

That slice of pizza was so close that she could almost taste it. She leaped and landed squarely on the table, and suddenly all eyes were on her.

The men began to move, startled. Was the dog dangerous?

The little dog made a split-second decision as hands reached out to grab her. She snapped at the slice of pizza closest to her and ran as fast as her legs would carry her… far away from the strange men and potential danger, brandishing her hard-won meal proudly in her teeth.

The workers were confused, at first. And, understandably, they were not very amused that the furry little thief had brazenly stolen some of their lunch.
Then, it dawned on them that the brave little pup must have been desperate.

They knew they had to help her. One man pulled out his phone and began to dial.

Calling In The Experts

Buffy Martin Tarbox of the Peninsula Humane Society and SPCA received the call and acted immediately. Rescue workers arrived at the scene to try to catch the pizza thief, but the little dog seemed to have disappeared without a trace.

Suddenly, someone spotted her – a small white terrier mix hiding behind some shrubs. And the evidence in her mouth was all they needed for a positive ID!

Then, the little dog began to walk, pizza slice still dangling from its mouth. She looked back over her shoulder at the rescue crew, and they somehow knew that she wanted them to follow her into the field. Where was she leading them?

They walked for a few meters until the dog stopped in a clearing. As the rescuers drew closer, they understood.

The little dog had a litter of six puppies! She walked over and dropped the pizza she held in her mouth beside them, and then she began to nurse. Buffy’s emotions overcame her in an instant.

In all her years working in animal rescue, she had never seen anything like this before. She was floored to see that the momma dog had put temptation aside and had decided to bring the pizza to her hungry pups.

The rescue crew wasted no time in scooping up the hungry pups, but they only hoped that they weren’t too late.

They rushed the puppies and their mom to their center in San Mateo, where they administered around-the-clock care. Their first priority was to get food into their bellies and scan momma for a microchip. They prayed that she had an owner.

Searching For The Owner

The pizza-stealing dog, unfortunately, had no microchip, and even after networking on social media nobody came forward to claim her. Luckily, the rescue center had a backup plan.

Once they were sure that the puppies were stable, they called up one of their regular fosters. With the puppies only being about a week old, they knew that placing them in a temporary foster home would provide them with all the care they needed.

“This poor little dog was struggling to survive on her own, eating whatever scraps of food she could find and trying to take care of her babies,” Buffy explained.

“The mom was nursing but she wasn’t getting any nutrition. If we hadn’t found them they’ve probably would not have survived. Aside from being malnourished, she was pretty healthy, thankfully.”

The lucky pups received royal treatment at their foster home, and their foster mom is a huge fan of the Royal Family, so she decided to give them regal names.

The pups are William, Harry, Duchess Kate, Lady Di, Charlotte, and Meghan, and of course, the mom is Queen Elizabeth — or Lizzie. And the puppies were thriving under their foster mom’s care.

In two weeks, the puppies had opened their eyes and their foster mom was falling more in love with them by the second.

Soon, they were tearing around the garden on their shaky little legs. After the rescue center shared the pizza-loving dog’s story, requests to adopt them started to come flooding in. But what about their devoted mom, Lizzie?

Lizzie had found her new forever home too. Soon after, a man read about her incredible tale on Facebook and fell in love with her immediately.
This momma dog had been through so much, living on the street with hungry puppies to feed.

Now, she could finally breathe easy knowing that her puppies were safe and sound.

The pup family has affectionately been dubbed the “pepperoni pups” by the shelter and numerous Facebook fans.

People just can’t get enough of the heartwarming story of a mother’s love and some humans’ compassion. And who would have thought that seven dogs’ lives would be turned completely around because of one slice of pizza?

It was a very lucky thing that the brave little terrier-mix decided to risk it all to steal a slice of pizza on that fateful day. And if it wasn’t for the workers enjoying their lunch on the roadside, Lizzie may never have been rescued.

The timing and circumstances just happened to be perfect, but there are many other similar rescue stories.

Shelters need all the help they can get, so even if you are unable to adopt, remember that you may be able to foster.

If you are can’t foster a pup or kitty, then perhaps you can donate — or even just help spread awareness about rescue organizations and the deserving animals inside, waiting for their forever homes.