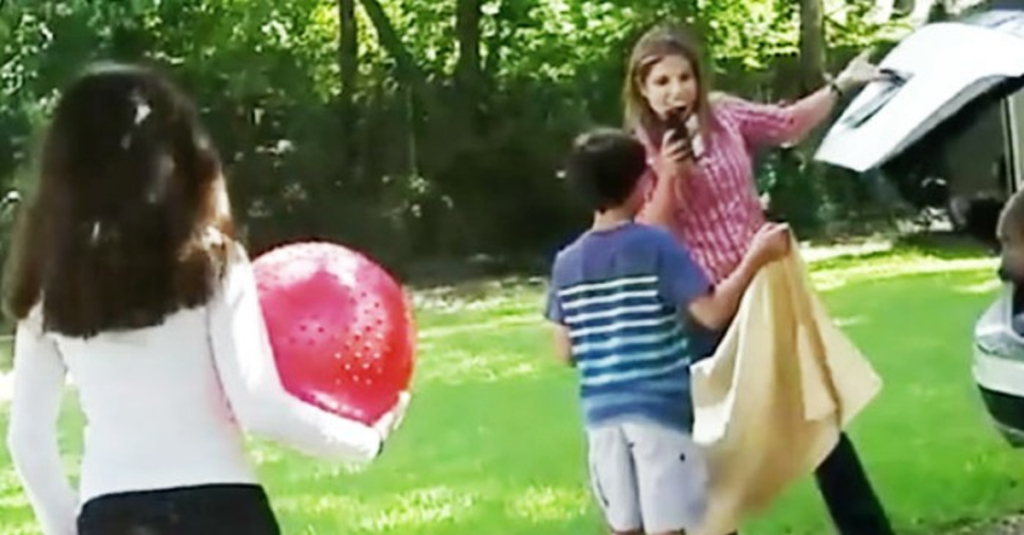 Their hearts had just begun to mend and they were slowly forgetting about Lola. It had taken a year for them to face the fact that there was no closure, and there probably never would be. It’s never easy for a family when a pet goes missing.

But when their mom opened the SUV’s trunk and they saw what was inside, they finally knew what had happened to her. 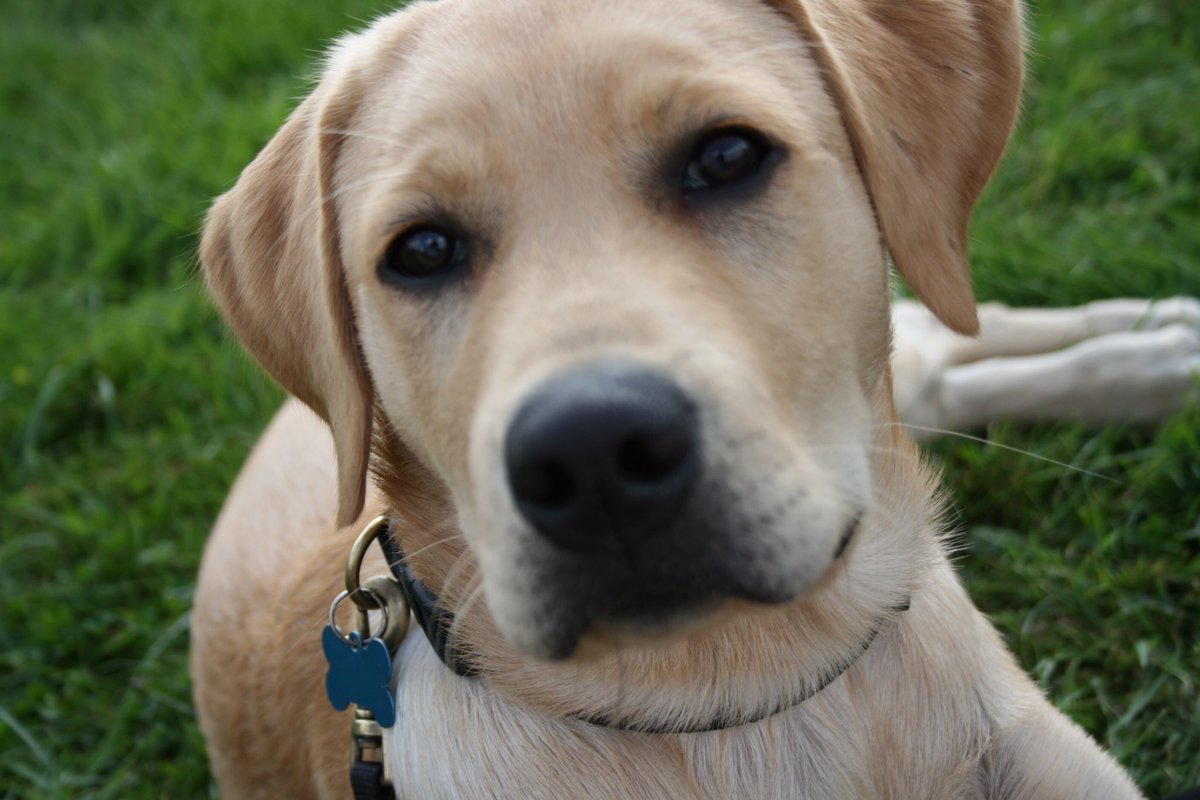 Anyone who has ever owned a dog will understand the feeling of devastation when their furry friend goes missing. Dogs have a way of becoming part of the family – and when we lose them it is a difficult experience for everyone involved.

The Robles family from Texas was no exception. Indeed, they had given up hope of ever seeing their golden Labrador, Lola, again. 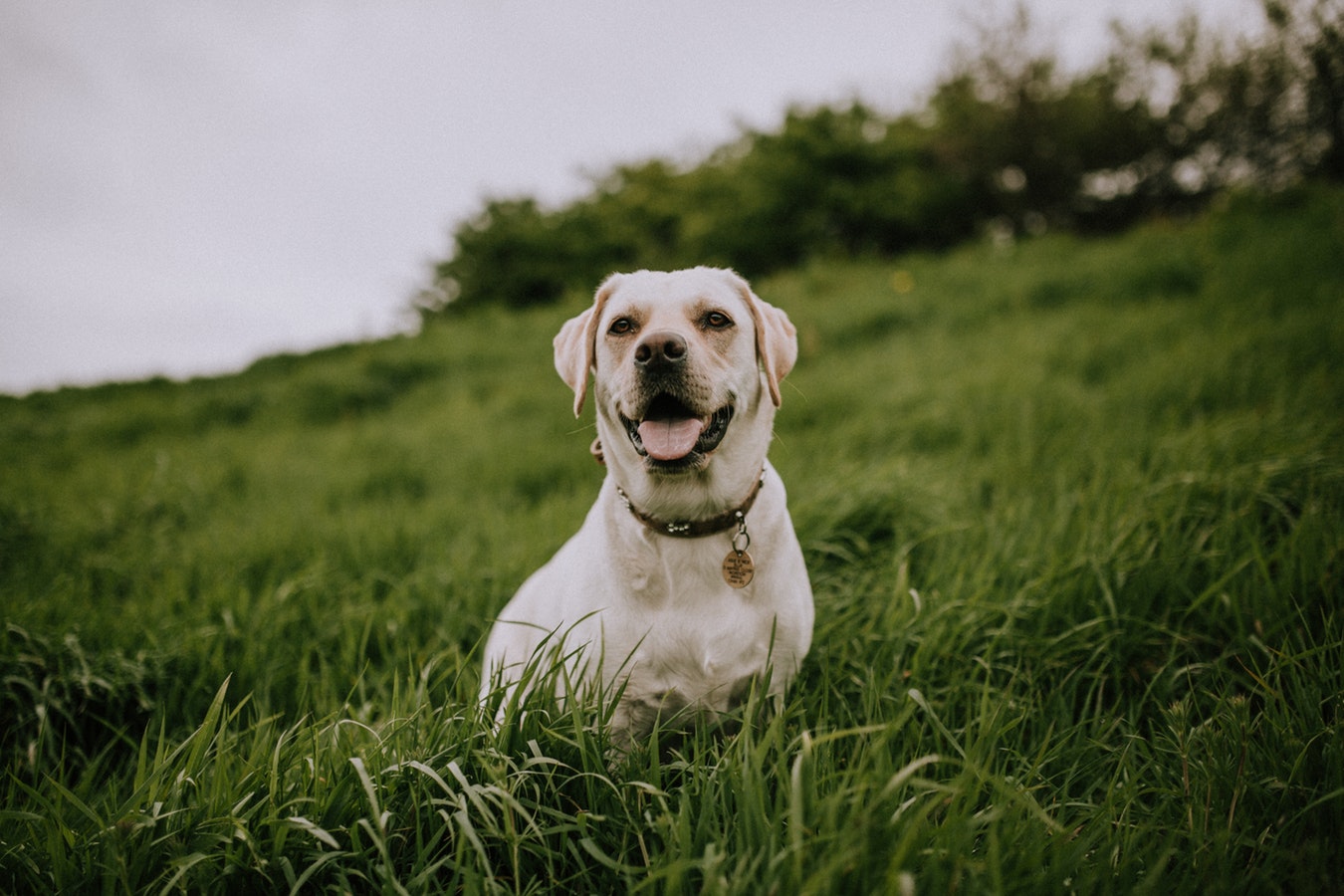 It was the summer of 2016 when Icela Robles realized that the family dog missing. After calling the local shelters and vets, putting up fliers, and searching the streets, she was still nowhere to be found. When the days turned into weeks, the whole family knew that the chances were slim that they’d find her.

Icela had to break the news gently to Jeslyn and Joshua, and it broke her heart. 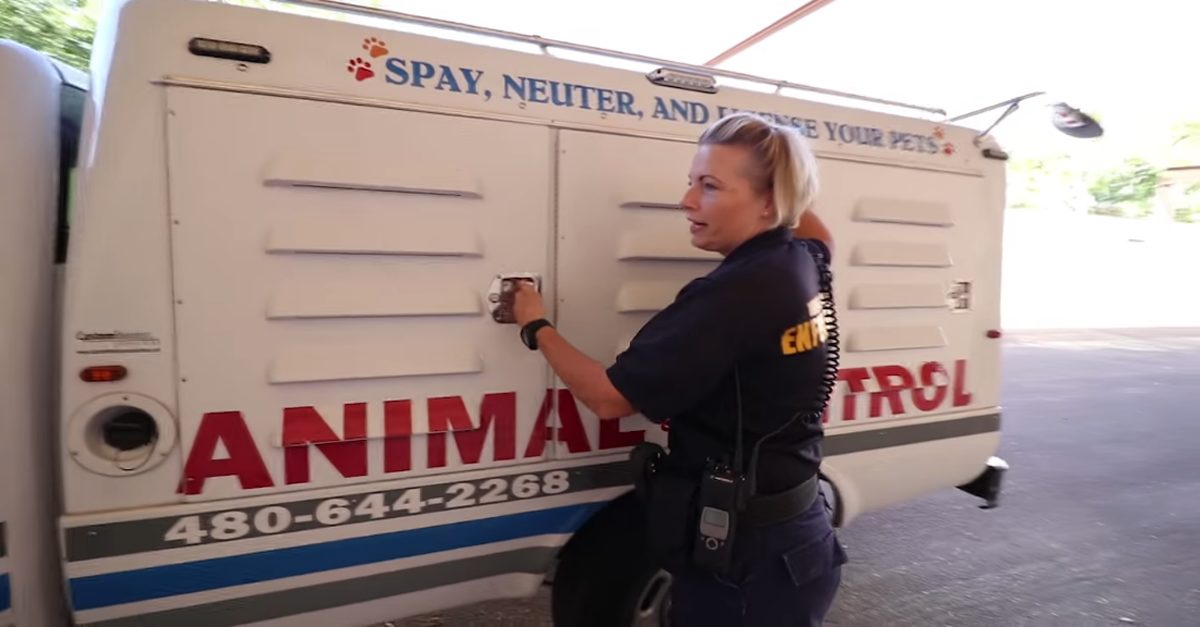 The weeks became months, and Icela had explored every possibility. But she still didn’t know how Lola had gotten out. She checked the fence for holes, so she was sure that Lola hadn’t escaped. And she had always been vigilant about making sure she didn’t dash out as she opened the front gate and pulled inside.

So, where was she? The odds weren’t on her side.

The Numbers Weren’t On Her Side 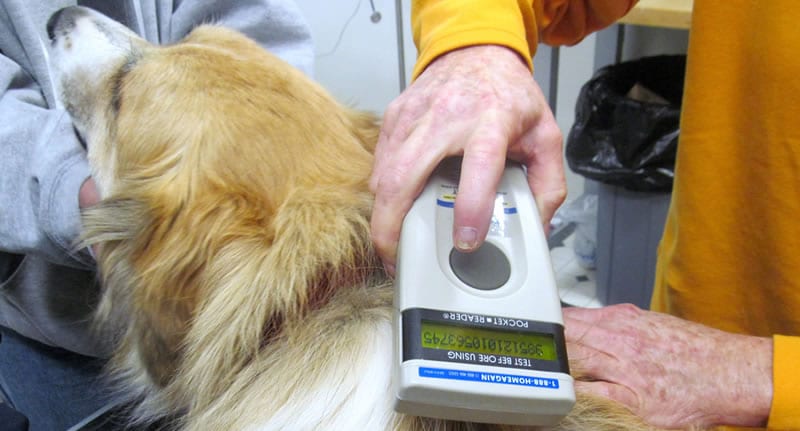 Icela had done the research. In 2012, The American Society for the Prevention of Cruelty to Animals conducted research into how many missing pets are actually returned home safely – but the numbers didn’t look good.

In fact, although more than 80 percent of dogs are rescued and put into shelters; many owners are unaware that their pets were ever found. Would Lola become a statistic?

No Way To Know 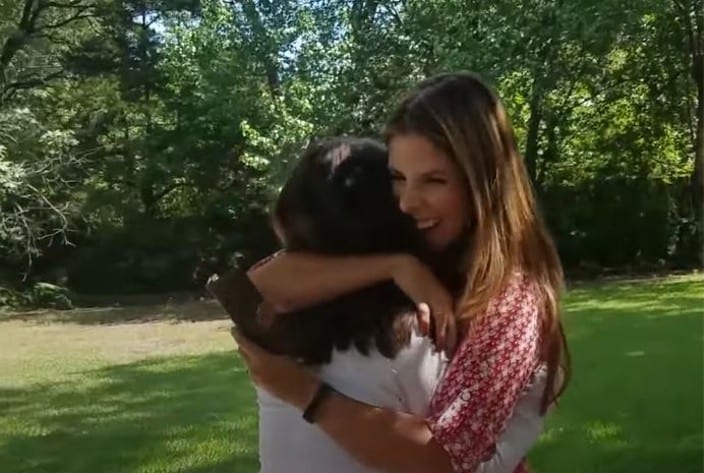 Icela had been sure to microchip Lola when she was young. So if someone had picked her up, surely they would have scanned her chip and contacted her? But Icela had also read about incidents where the microchip had migrated and hadn’t been picked up on the first scan.

The thought of Lola sitting unidentified at a shelter somewhere gnawed at her day and night. But, unbeknown to the Robles family, it would only be a matter of time before they finally discovered what had really happened to her. 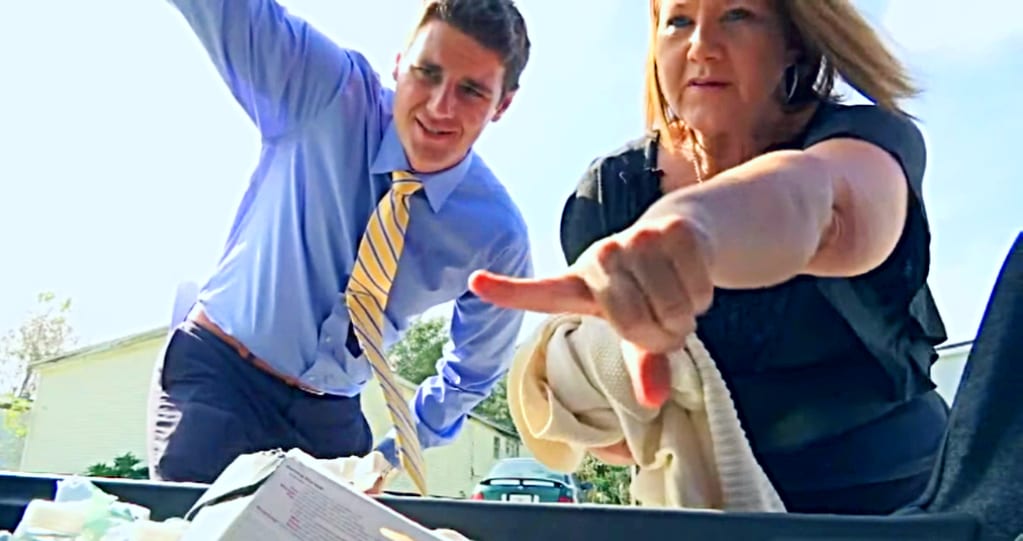 An entire year had passed since Lola had disappeared. The Robles family did their best to move on with their lives. Icela and her husband discussed that maybe it was time to get a new puppy for Jeslyn and Joshua.

The house just hadn’t been the same without a wagging tail and a happy face to greet them when they got home from school. They knew it was time. But then, Icela got a strange call. 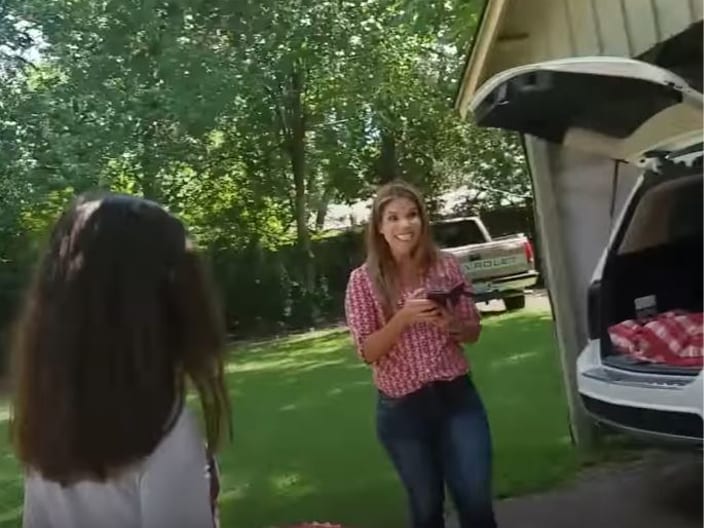 Jeslyn and Joshua heard their mom coming home one day and ran down the drive to meet her. Icela opened the trunk of the SUV and paused for a moment, seeing her kids coming toward her but trying to block their view.

But she couldn’t stop her children from running up, and when they saw the look on her face they stopped dead in their tracks. 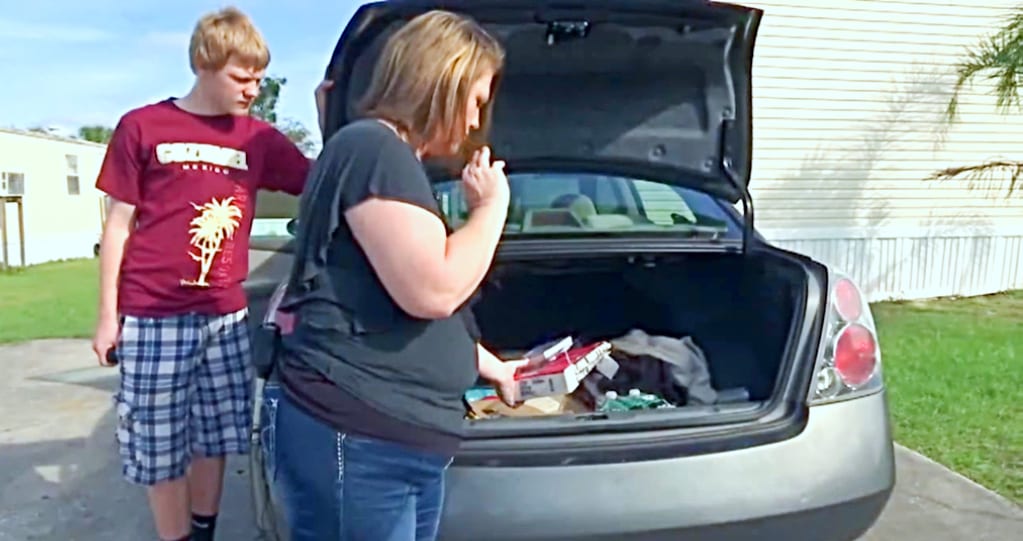 Jeslyn cries “What the heck?” when she sees the expression on her mother’s face. Her eyes travel to the trunk of the car, immediately suspicious. There is something in the back. Something large.

“Did you get a dog?” Jeslyn asks. Icela shakes her head slightly and motions for her children to come and look in the trunk. 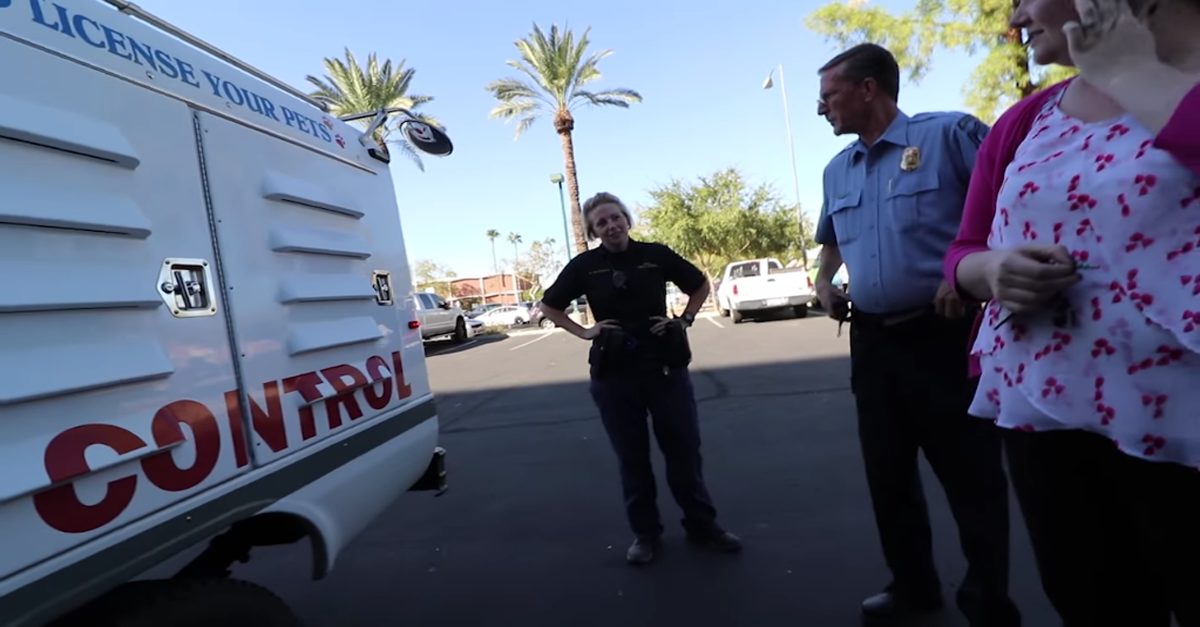 Indeed, there was a dog in the trunk. But the children never expected to recognize her. Their faces fell as it dawned on them that it wasn’t a new puppy.

It was Lola. It took the children a few minutes to process it all – after all, It had been an entire year since they had seen her. What had happened to her? 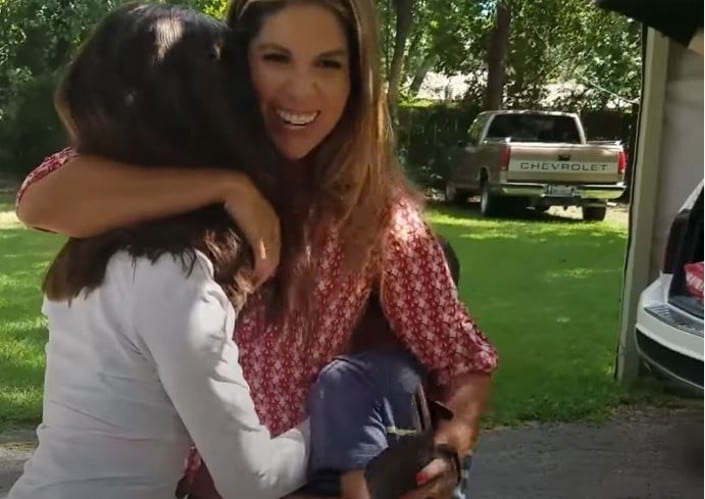 On that fateful day, Icela had received an entirely unexpected call from Dallas Animal Services. They said that Lola had ended up in their shelter, and they had scanned her microchip immediately.

Thankfully, Icela’s contact details hadn’t changed and they were able to track the golden Lab back to her. All Icela had to do was go and pick her up. But when she arrived, she hadn’t been prepared for the transformation Lola had gone through.

Overjoyed To See Them 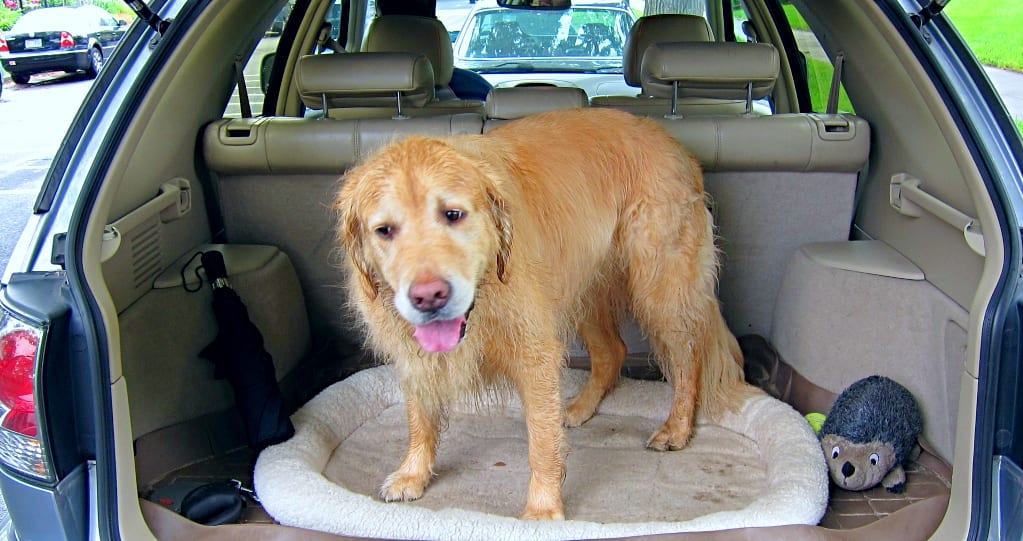 Jeslyn stood frozen in shock, and Joshua screamed when they recognized their beloved dog. Thankfully, she was alive and well after all this time!

She bounded out of the car to greet the little humans she loved so much, with her tail wagging so fast it was just a blur. Icela, touched by her daughter’s reaction, takes her into her arms and comforts her. 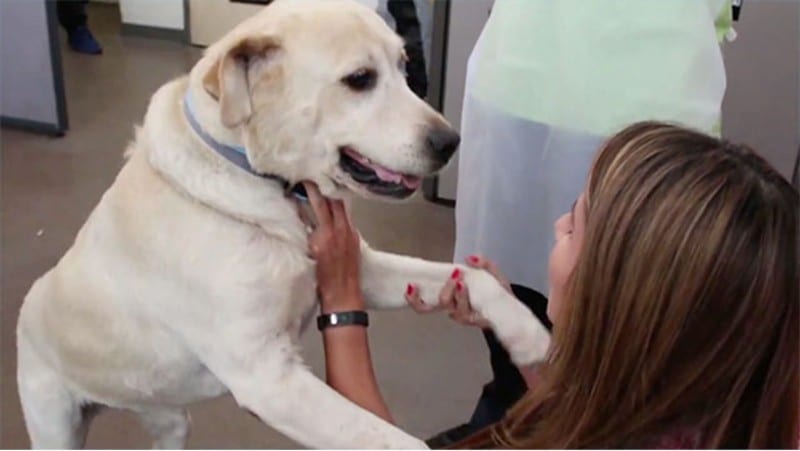 “It’s Lola!” she says soothingly, and Jeslyn begins to cry tears of joy. Icela couldn’t help but shed a tear, too. “Oh my baby!” she exclaims and holds her tighter. Joshua, overwhelmed by it all, runs to his mom and sister for a group hug.

With two sobbing children, Icela says “We have Lola back! Do you believe it?” But the children had some questions about Lola’s appearance. 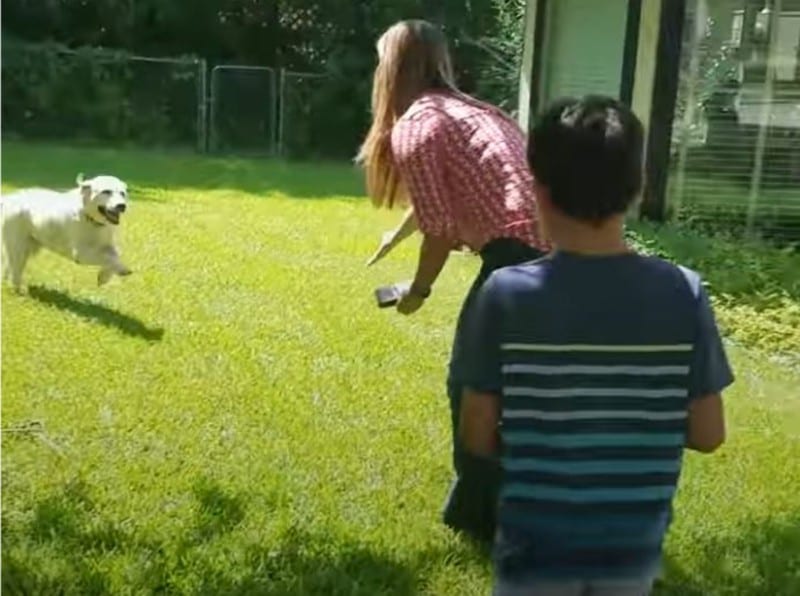 When Dallas Animal Services had called Icela with the amazing news, they told her that Lola had been well looked after during her year away from the Robles. In fact, she had even put on some weight.

It was the first thing that the children noticed. “Look how fat she is!” they exclaimed. But where had she been? 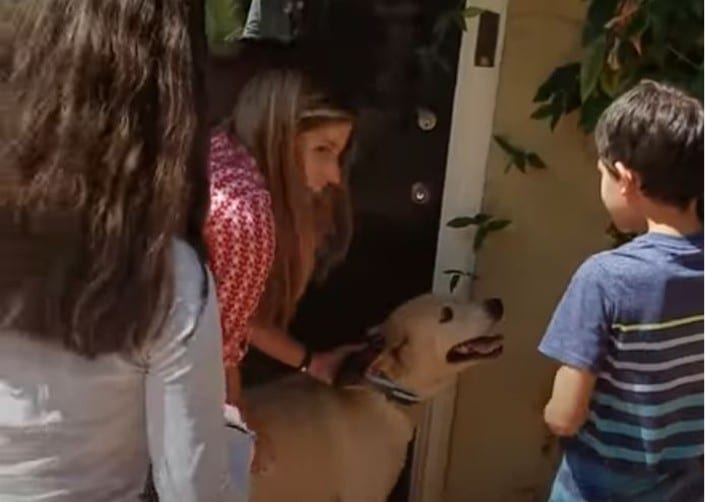 “Where did you find her?” Joshua asks in disbelief as he watches her gallop around the garden, clearly ecstatic to finally be home. Icela explained.

“They picked her up, and they found her. Because she has a chip, they were able to call us and say, ‘We found your dog.’” She added: “Can you believe we have Lola?” – As if not quite believing it herself. 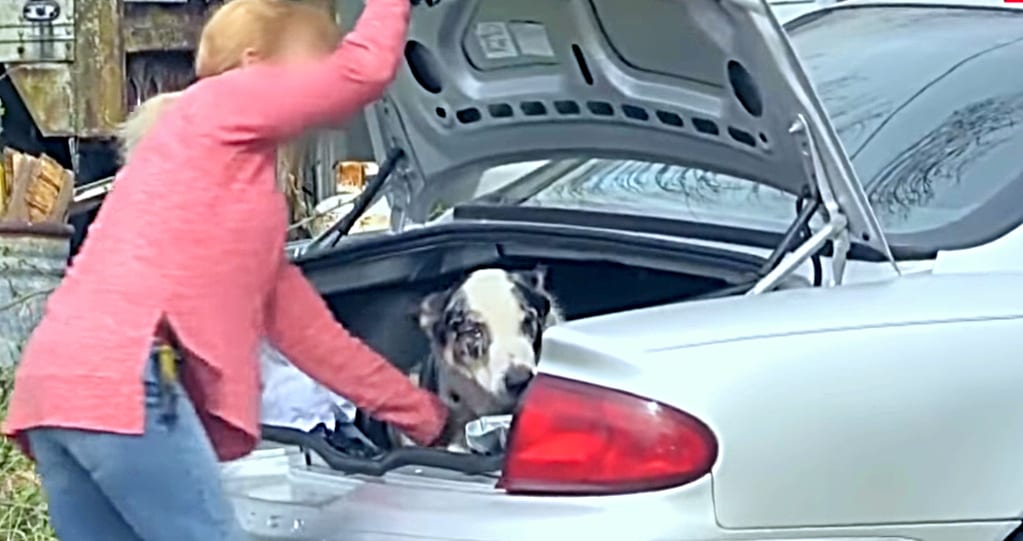 Lola was then taken inside, where she walked into the kitchen for the first time in a year. The children give her tickles and cuddles as she rediscovers her home. “Everybody rub her belly! She missed everybody!” Icela exclaimed.

And Joshua and Jeslyn don’t need to be told twice. A friend of Icela’s captured the touching reunion on camera and posted it on Facebook, where it received a lot of attention. 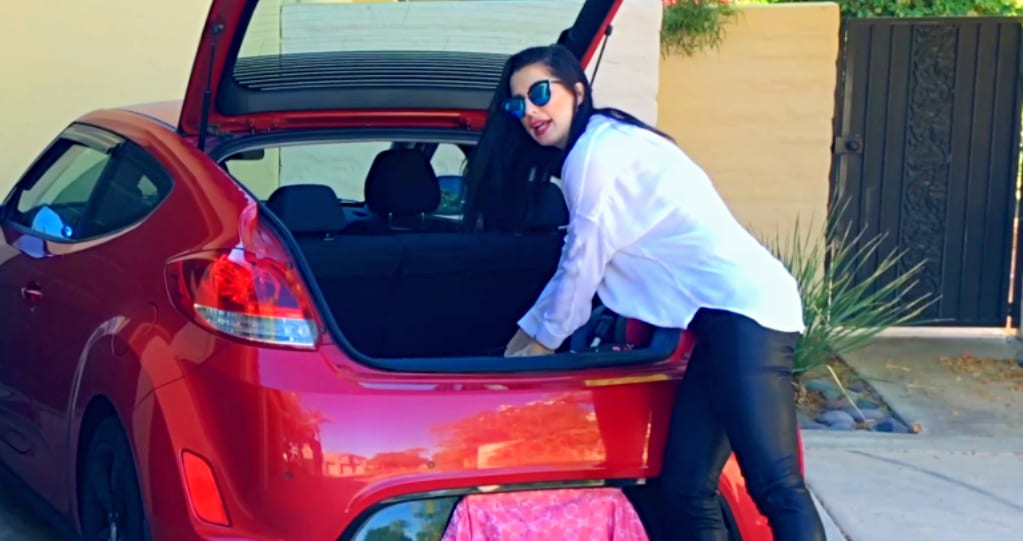 The Facebook caption read: This dog is about to reunite with her family after she was missing for over a YEAR.” The video has since been viewed more than two million times! People just can’t get enough of the heartwarming reunion of Lola with her family.

Many were so touched that they left comments about how the video made them feel, and some highlighted an important part of pet ownership.

The Importance Of Microchipping 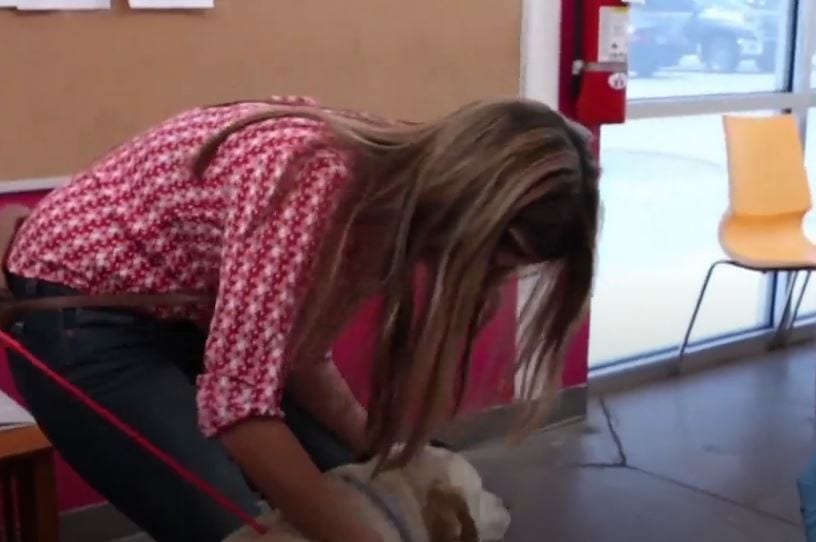 “Okay, I’m crying but tears of joy. It’s so important to get your pets chipped, that way dogs like Lola can be found & returned to their proper homes,” one user wrote.

And another commented: “I’m a HUGE advocate for chipping AND registration.” But even though microchipping is essential for pets, some viewers had questions about Lola’s whereabouts. 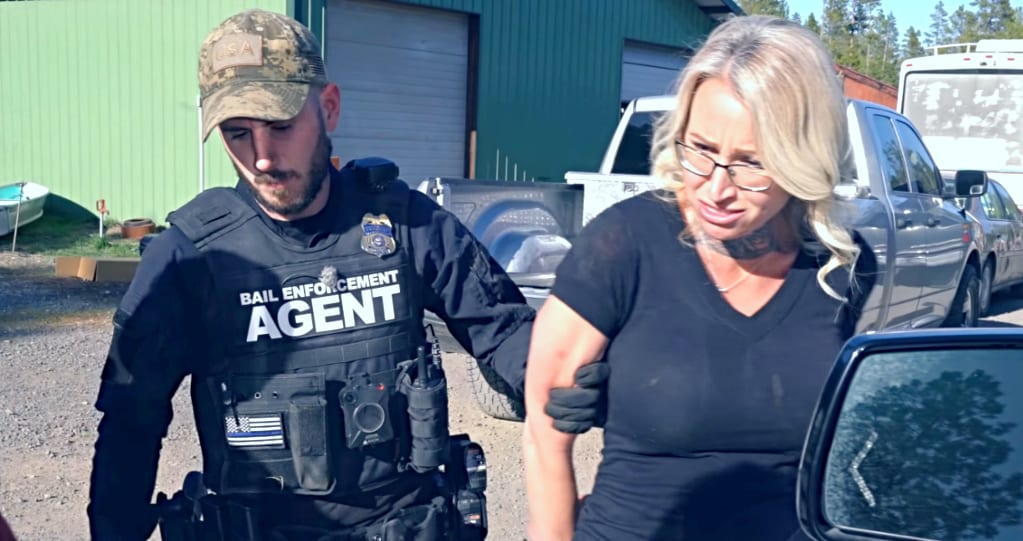 “Great story, but I wonder…. if Lola had a chip and that’s how they managed to find the owners, why was she gone for over a year?” someone asked. And Dallas Animal Services think that they know the answer to this burning question.

Icela was mystified as to how Lola had gotten out the yard, but perhaps she was stolen.

Happy To Be Home 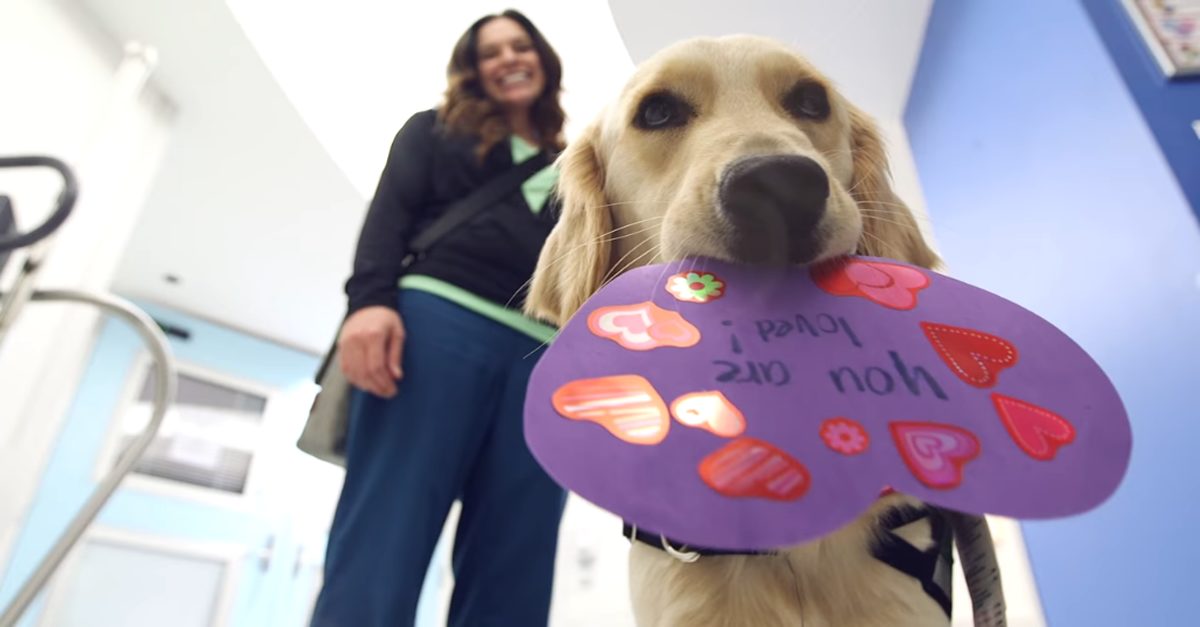 Whatever the case may be, the Robles are overjoyed to have their furry family member back home safe. But if she hadn’t been microchipped, it’s unlikely that they would have ever found her.

There’s no telling what perils Lola faced on the streets, but one thing is sure: the lucky pup is happy to finally be home. 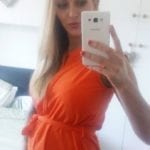