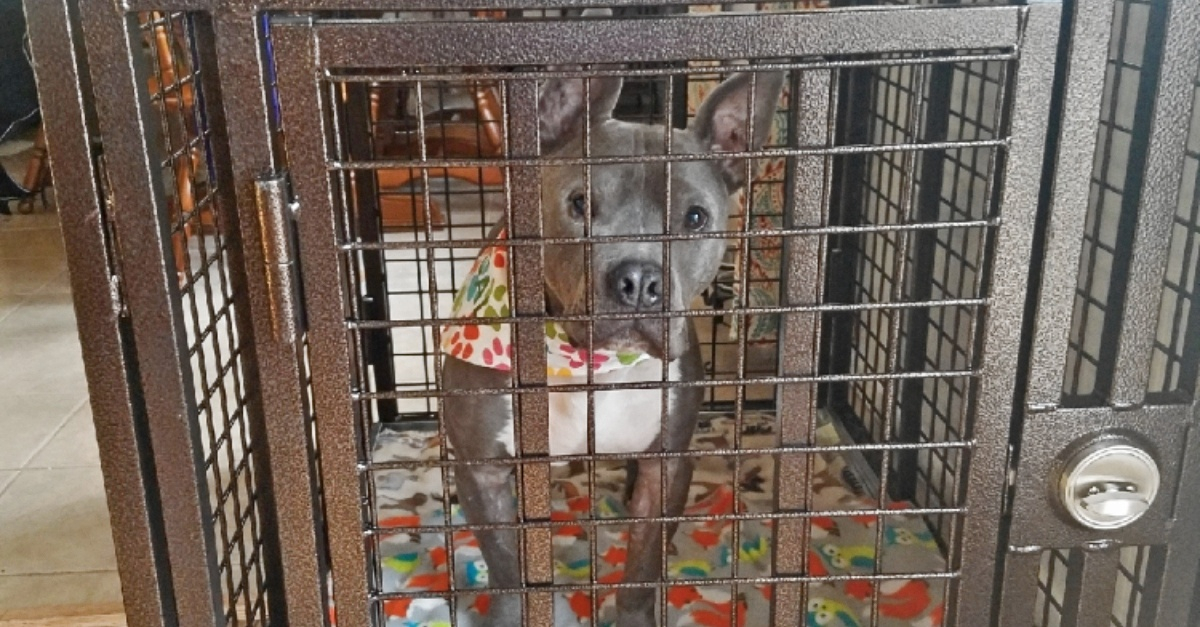 She picked up the massacred shoes and let out a frustrated sigh as she dumped them into a garbage bag.

Somehow, the little guy was escaping his confinement and destroying everything in sight. There was only one way to find out the truth, and it would be something she would never have imagined in a million years.

Yes, their home might have existed in a perpetual state of stray hair and the occasional chew mark, but the love and companionship they got in exchange was well worth it. Even their “problem child”, Benny, held a special place in their hearts.

Benny was a Jack Russel Terrier – or, as Margret liked to call him, “an overwound coil spring hopped up on 20 shots of espresso and ants in his pants.”

Her little guy never liked to sit still. He was always playing, exploring, attacking his toys, or begging for pets. His energetic behavior only became a problem when they had to go to work.

Margret huffed and puffed after she came in from their customary morning run.

It was good for both of them – she would get exercise and Benny would tire himself out. But he would need to go into his cage … and he was less than pleased with the confinement. Their solution wasn’t the best, but it was their only option – one that would creature future drama she could never fathom.

Margret would put him in his large cage and start the “tv for dogs” channel.

It was a stab in the heart every time she had to close the door, but she knew the dog walker would be by in three hours to let him out and spend time with him for an hour. After that, her husband would be home in another three hours.

The schedule had been working fine over the last year. However, Margret started to notice that Benny was taking on weight. He had also somehow found a way to get out of his cage and run rampant through the house – destroying anything he found interesting.

But how was this possible? Had he simply learned how to push up the metal latch? The change in his weight also sparked unwanted lectures from her mother-in-law.

Everyone Has An Opinion

More than once, Margret had to leave them room as the know-it-all woman would go on an on about how she knew best … for pretty much everything in their lives.

She turned up her nose at their dogs and complained how grandchildren would be better. Margert wanted to wrap her hands around the woman’s neck when she called Benny “a fat waste of family space where a kid should have been.”

But Benny’s weight and jail breaks really were becoming a problem.

Was the dog walker not taking him out for the long walk? Or worse, was she not coming over at all? Margret was at her wit’s end. There was only one thing left she could think of … she needed to see firsthand what was going on. So, she bought a little camera.

The program was simple – and something many dog owners own.

The little camera would stream onto her phone and let her see what was going on in real time. Her stress levels were at a hard 8 out of 10 as she walked out the door to go to work. But they would soon skyrocket to 100.

Benny would bark and yip within his confinement. Then he would settle down and start chewing on his toys, watching the birds on tv, or take a long nap. Then, the door opened. But the person who walked through the door made Margret’s jaw hit the floor.

It was her mother-in-law!

Somehow, she had got a copy of their key without them knowing! The woman scuttled over to the cage, unlocked it, and dumped in a huge mound of dog food. It wasn’t even the kind that Margret and Richard had been told to use by the vet. But things only got worse.

The dog walker came and went, probably thinking Benny had been let out by his parents – but with the food already munched up, she was oblivious to the fact that someone else had been there.

Then, a couple hours later, the mother-in-law arrived again! She poured another enormous helping of wet and dry dog kibble into the dish and let him run free again. Margret immediately called Richard.

Calling Out The Guilty

Thankfully, he was just a furious as she was.

Margret sat in the living room, trying not to spill her cup of coffee as she vibrated with anger. Richard paced back and forth, yelling into the phone – saying everything that she was already thinking.

Besides being a huge violation of privacy, she was feeding their dog to the point of obesity! Her excuse?

At least she was “keeping their dog happy” and letting him be free like the other pets in the house. And of course, she knew best. Richard fumed as he learned that she had taken a copy of their key from the dog walker without telling them.

Aside from getting the locks changed and telling the sitter not to give anything to the mother-in-law, they still had a long road ahead.

They would have to put Benny on a new diet and put in extra exercise. But at least they now knew the truth. Also, the camera was now a permanent fixture in their house.