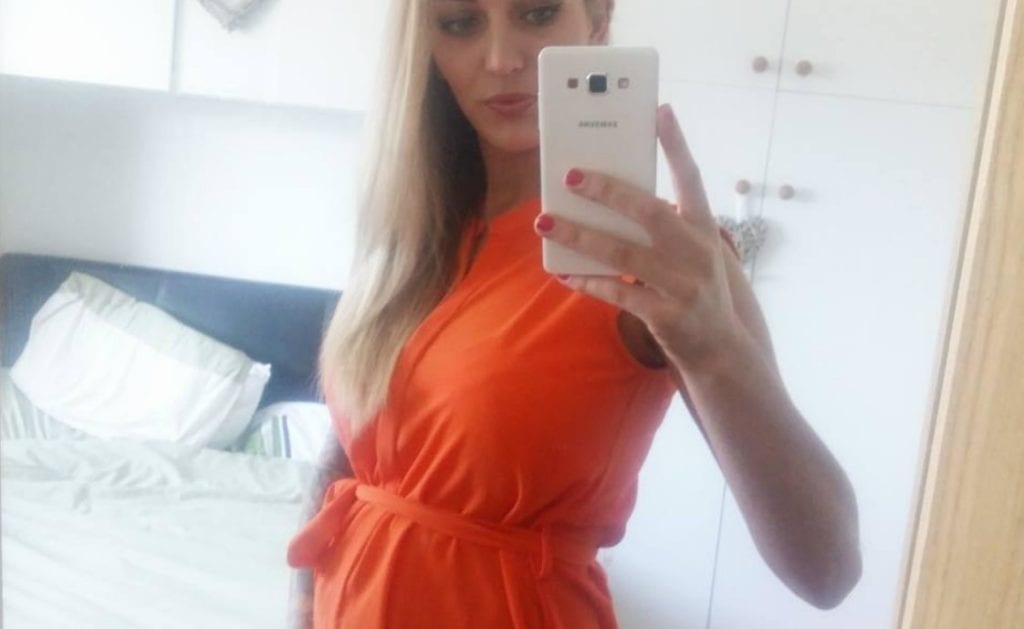 It has been well established that dogs are humans’ best friends. Not only do they provide us with company, protect us, make us laugh and smile, and sometimes even guide us when we are lost.

They can also save our lives from invisible dangers – as one British woman found out.

New Puppy In The House 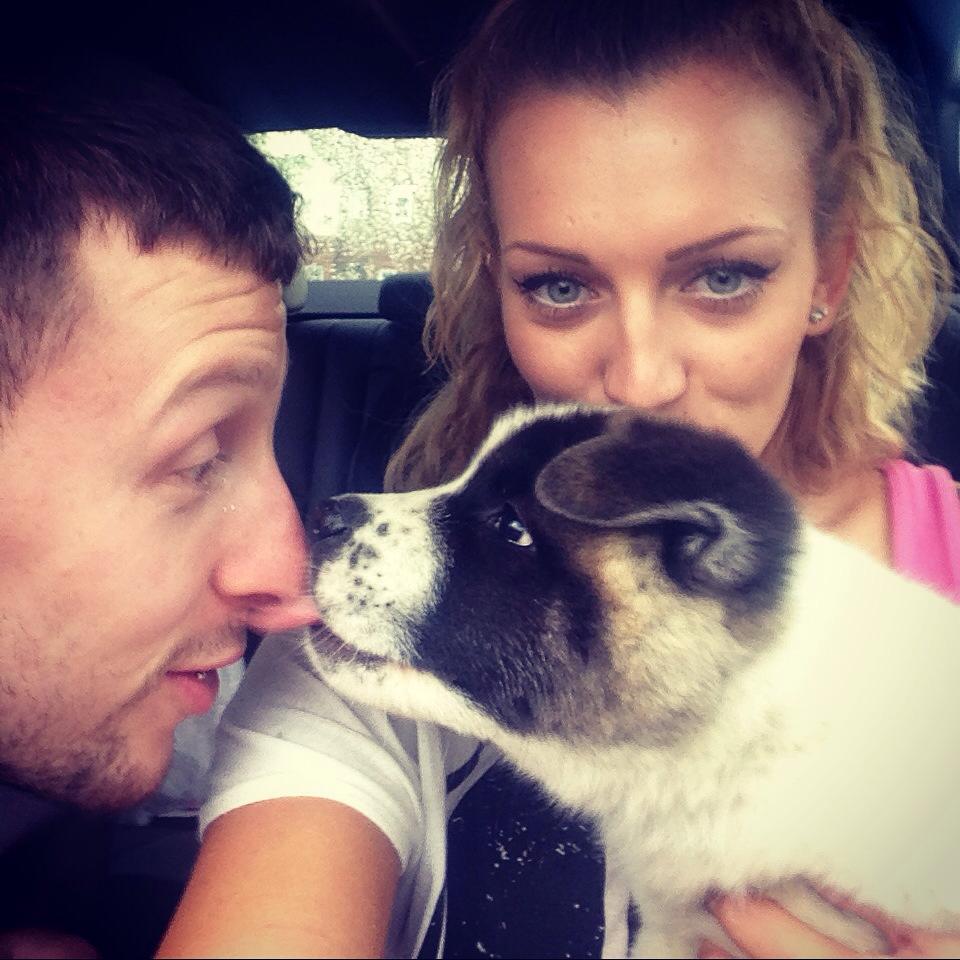 Keola is a three-year-old American Akita who lives in Doncaster, South Yorkshire. She was adopted in 2014 by Alhanna Butler and her fiancé Ricky Burdis.

They were excited to have a new addition to their growing family and were ready to spoil her and take lots of pictures of her. They never imagined they were adopting a guardian angel. 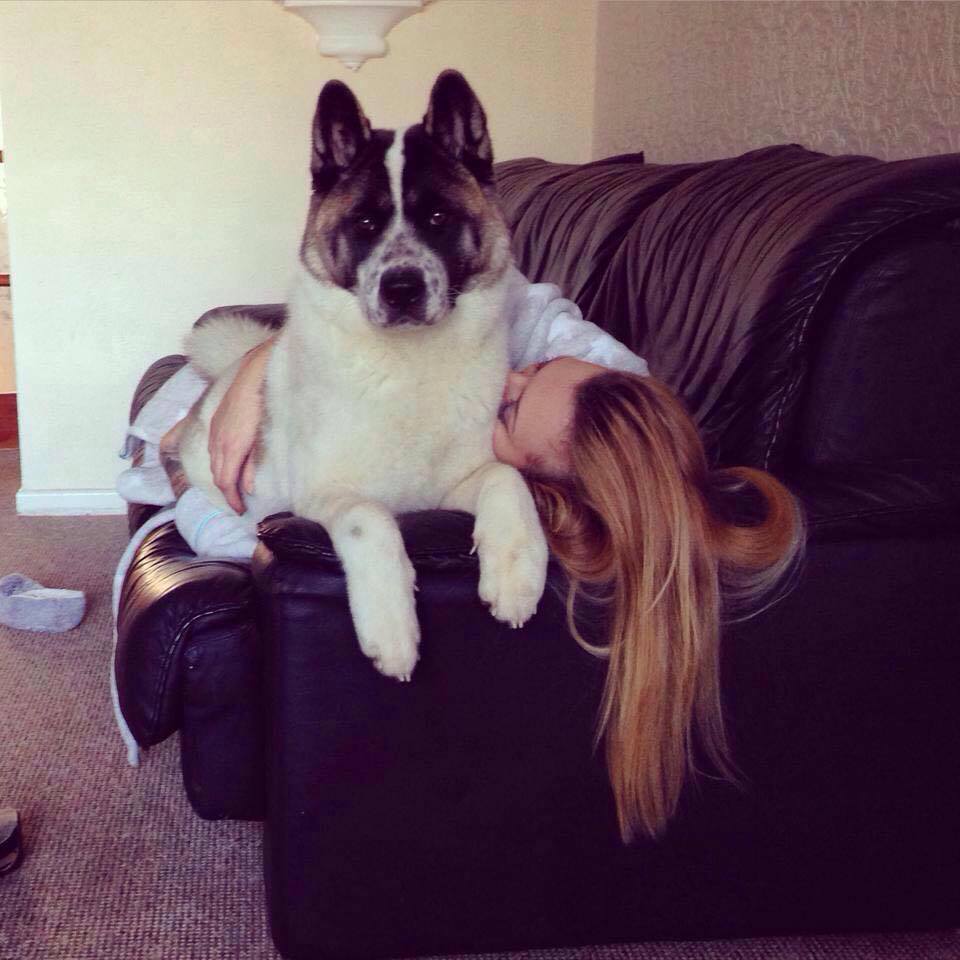 Fast forward to a year later, and Keola was fully grown. Ricky and Alhanna couldn’t be happier with her, calling her “their bear.” She was already bigger and heavier than them, but had the gentlest and sweetest temperament.

Alhanna loved cuddling with her on the couch while watching TV. Later that year, their happy family welcomed some big news.

Baby On The Way 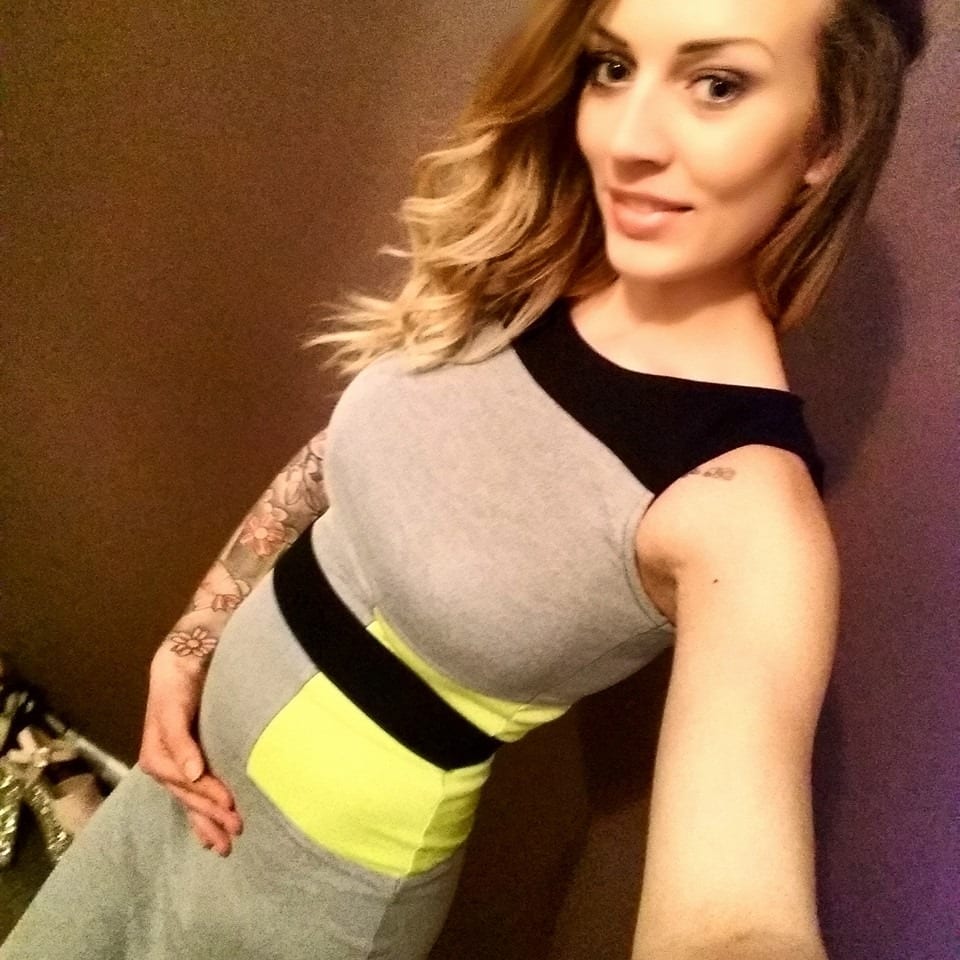 In April of 2015, Alhanna announced she was pregnant to the surprise and delight of their friends and relatives. Keola was always good with children and seemed excited by the prospect of a bigger family.

Alhanna had no doubt she would make a great big sister. But soon she would discover that something wasn’t right. 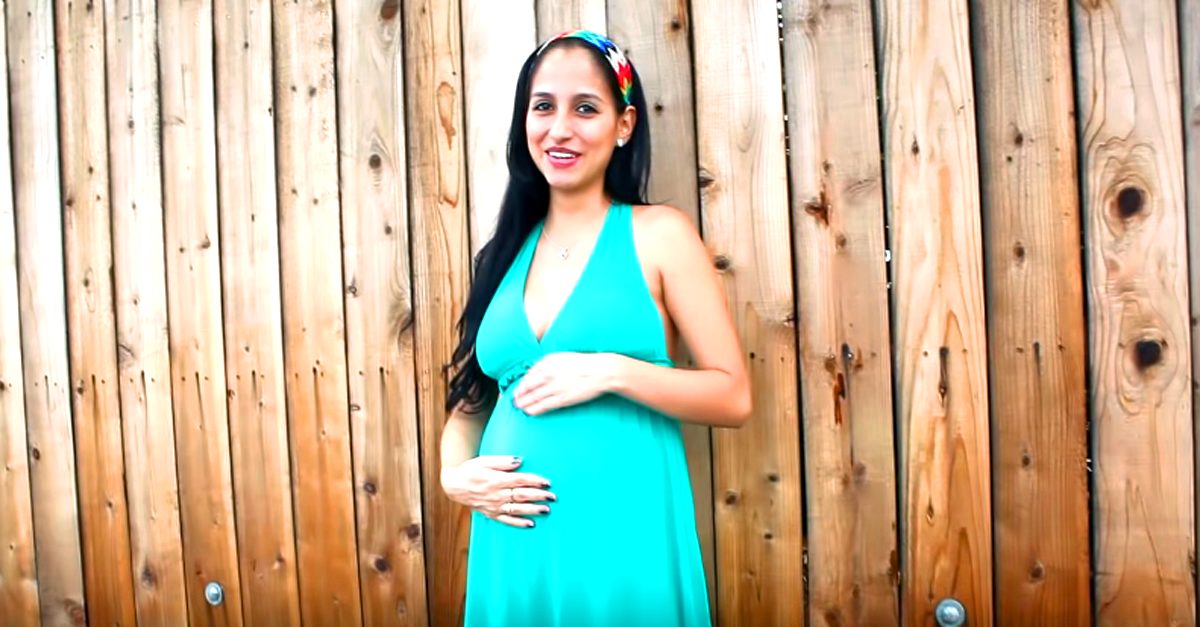 A few months into her pregnancy, Alhanna started experiencing severe pain in her lower back. She went to the doctor, who informed her they were probably just side effects from the pregnancy.

After all, a growing abdomen can cause a strain to the spine and back muscles, so it made sense she would feel some pain. Relieved, she returned home. But someone else in her household was not convinced. 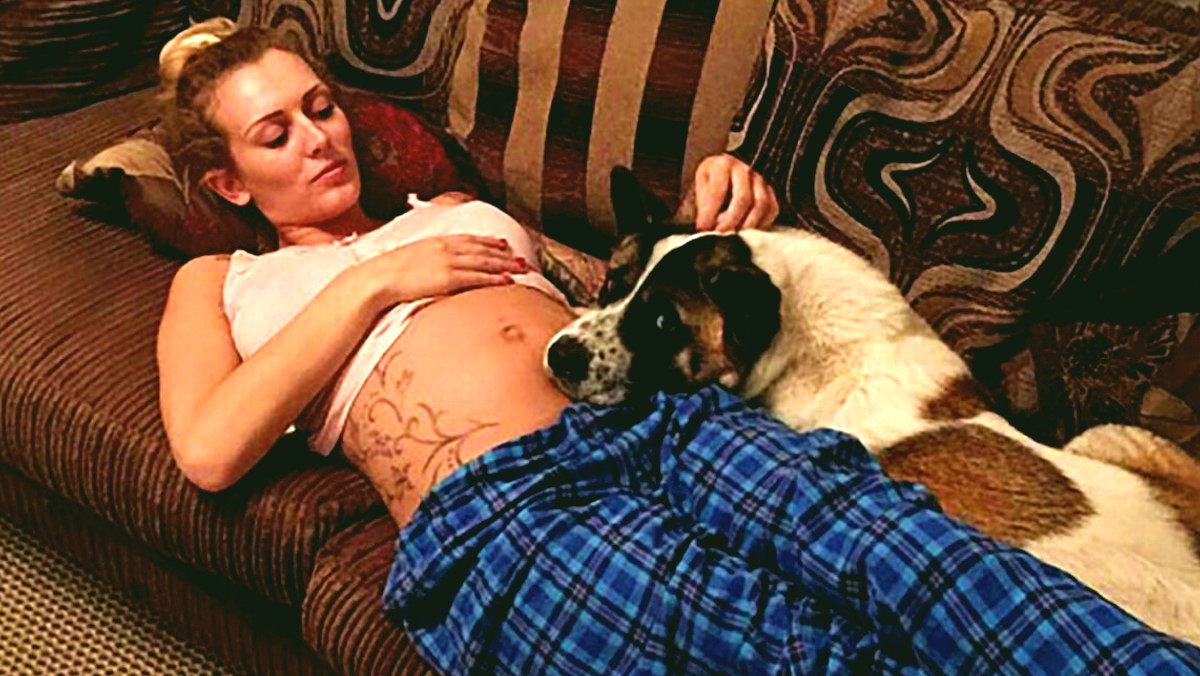 Alhanna began to notice Keola acting odd around her, but couldn’t figure out why. “When the doctors sent me home and said there was nothing seriously wrong, she just sat staring at me so intently that it really scared me,” she explained to Mercury Press.

She tried to shrug it off, but Keola’s behavior only became stranger as time went by. 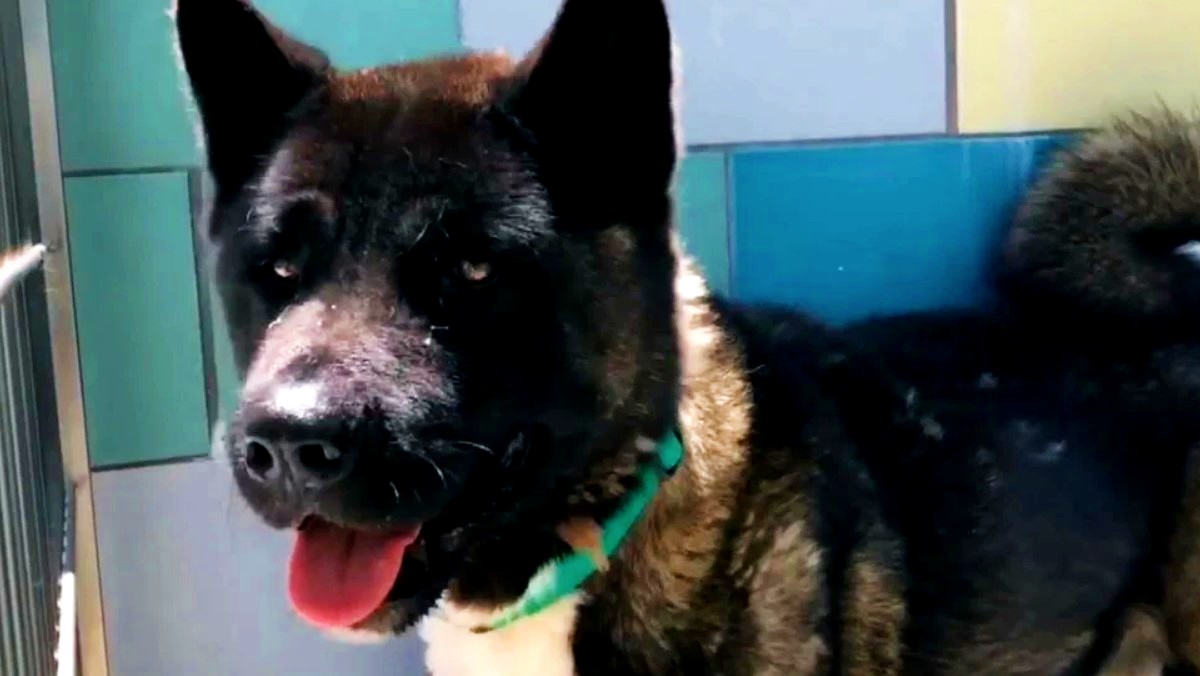 Having always been a very laid-back dog, Keola was now becoming increasingly pushy. Alhanna began to worry that these changes had something to do with her pregnancy. Perhaps the dog was upset about no longer being the primary focus of attention.

If she was truly jealous of their baby, they would have to give her up. Alhanna fretted just at the thought of it. 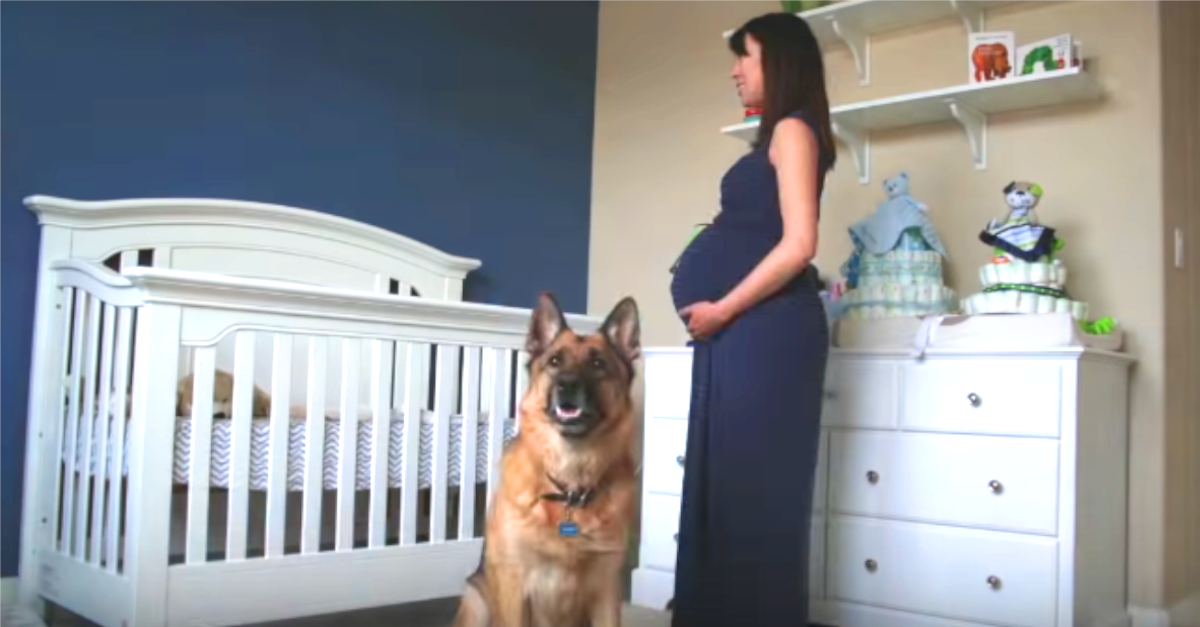 Then, Ricky started to notice Keola getting really upset when Alhanna left for work in the morning. She would bark incessantly, something she had never done before. It was as if she was afraid something would happen to Alhanna when Keola wasn’t there to protect her.

Ricky and Alhanna couldn’t put a finger on the reason for this strange change, until they posted a picture on Facebook.

Time To Take It Seriously 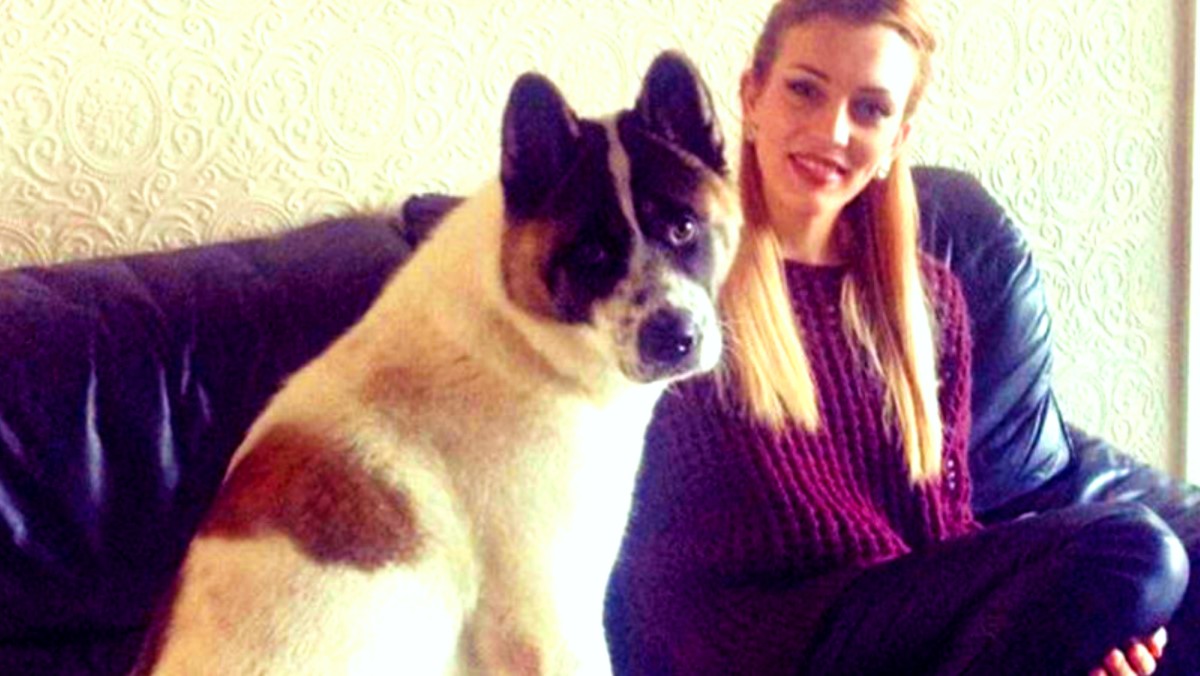 Keola’s weird behavior started escalating. She would nudge Alhanna, cry, and stare at her for long periods of time. “I posted a picture of her doing this on Facebook and made the joke about the film Hachi where the dog also does this and suddenly my friends all started saying I should take it seriously.”

That’s when the couple realized maybe she was trying to tell them something.

Back To The Hospital 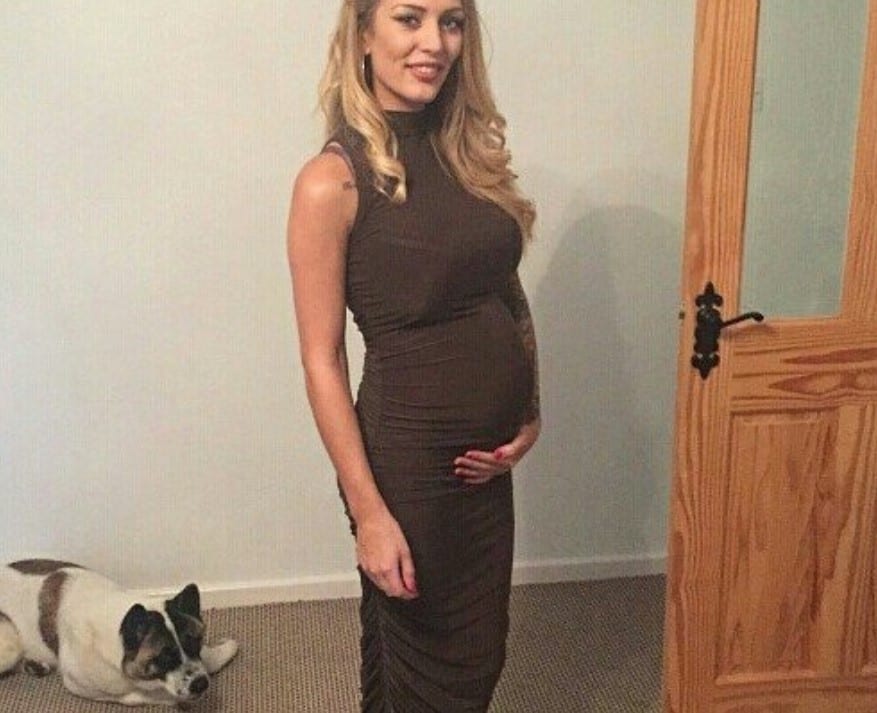 Alhanna decided to take Keola’s actions as a warning, and headed back to the hospital for another check-up. After the examination, she was immediately rushed into intensive care.

The couple was shocked when doctors told them she had been just moments away from certain death. Finally, Alhanna learned the truth about her backaches. 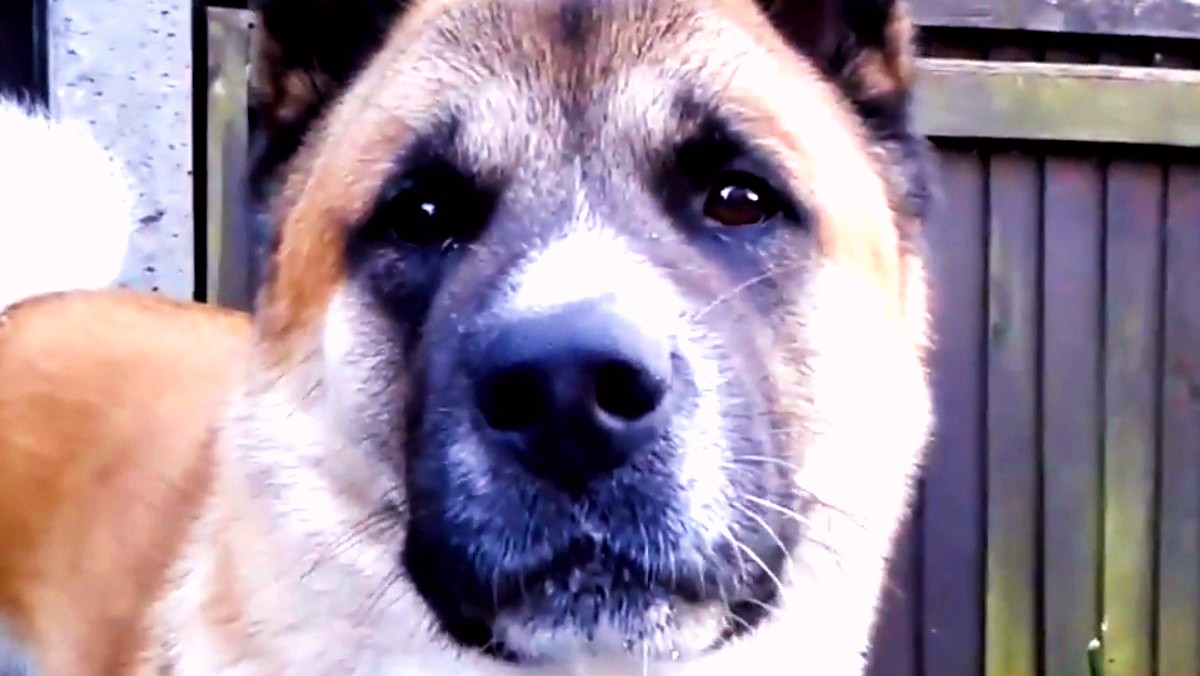 As it turned out, Alhanna had been suffering from a double kidney infection, which was responsible for the shooting pains in her lower back. On top of that, the infection was a rare, antibiotic-resistant bug that had only been known to affect one other person in the entire U.K.

Had she not sought care in time, she and her unborn baby would have likely died. Alhanna instantly knew who had saved their life. 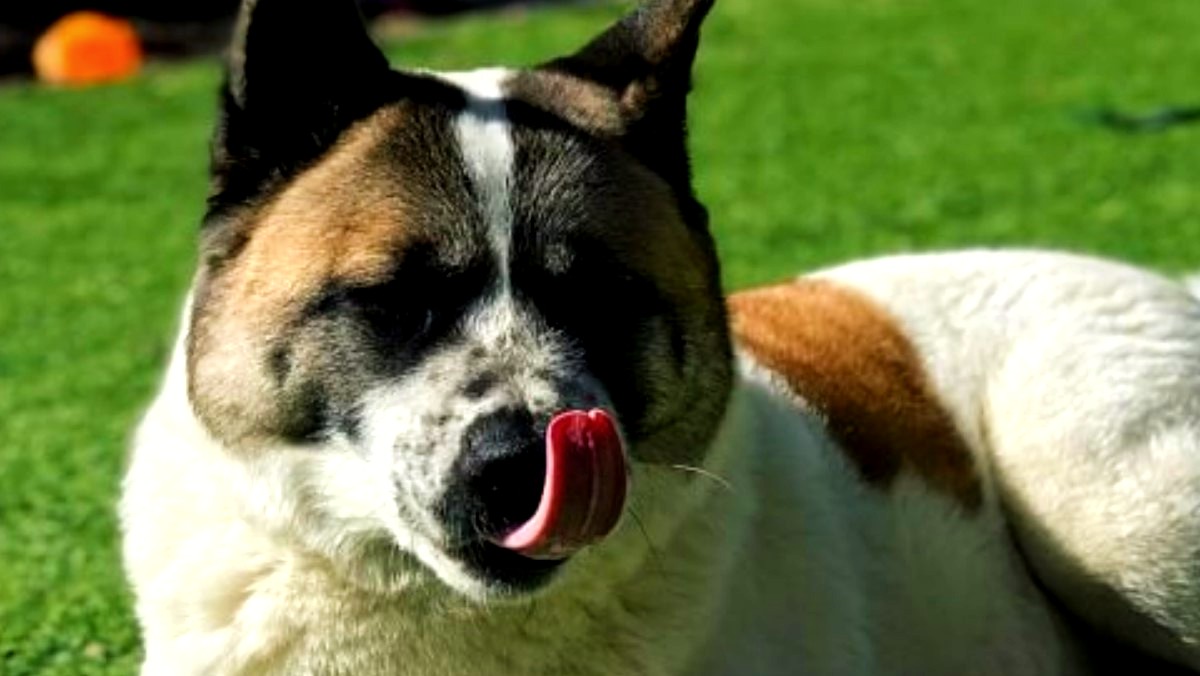 “No one really understood how ill I was – but Keola did,” said Alhanna. Luckily, Alhanna was treated for her infection and eventually regained her health. Her pregnancy returned to normal and she gave birth to a beautiful baby boy, whom they called Lincoln.

A new chapter in their family’s life began. 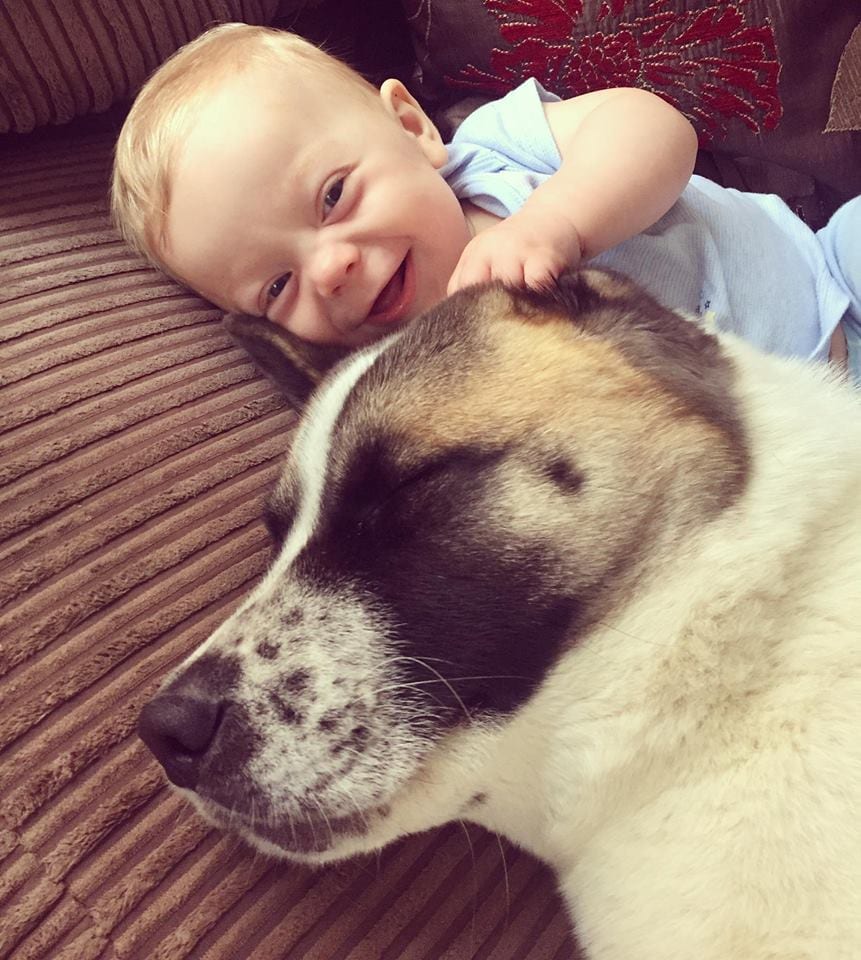 As soon as Lincoln was born, Keola took up the role of big sister and babysitter, and they quickly became best friends. They love to take naps together and Keola makes him laugh like no one else can.

This dog’s loyalty to her family is extraordinary, and people rightfully noticed. After telling her story to the Daily Mirror, Alhanna was notified that Keola had been nominated to the RSPCA’s “Animal Hero Award.” As a finalist, she and both her owners were invited to a red carpet event to celebrate.

For Keola, though, nothing is as rewarding as spending time with Alhanna, Ricky, and her best friend Lincoln. Unsurprisingly, she continues to look out for her family’s health. 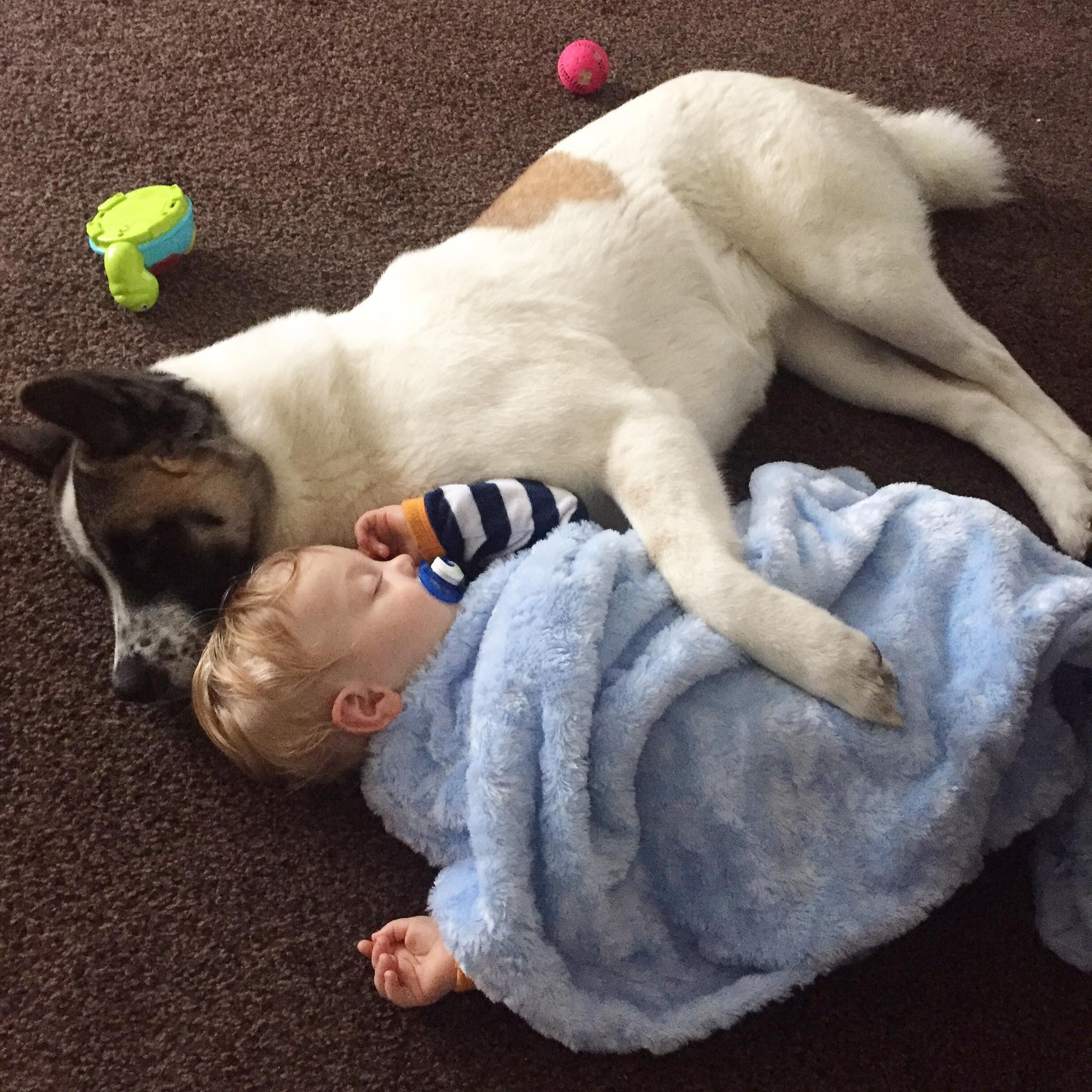 Earlier this year, Alhanna shared a picture on Facebook of Keola comforting baby Lincoln, who was sick. “Keola woke me up this morning by running into my room and then I heard funny noises on the baby monitor so I went into Lincoln’s room and he was being sick bless him, she hadn’t left his side since,” she wrote.

Clearly Keola makes the best nurse, but how does she do it?

A Nose That Saves Lives Keola’s secret weapon is her sense of smell. Dogs have 4000% more scent receptors than humans. They can detect odors in tiny amounts, and distinguish subtle changes in scents. Some breeds are able to detect illness by picking up on minuscule changes in the human body’s chemical composition.

A small shift in hormones or the release of dangerous organic compounds can alert them of something wrong – which is what is believed happened with Keola and Alhanna. But Leola isn’t the first dog to save her owner’s life.

What Happened When An Orangutan Mother And Her Baby Were Reunited 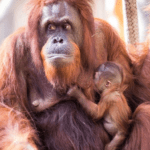 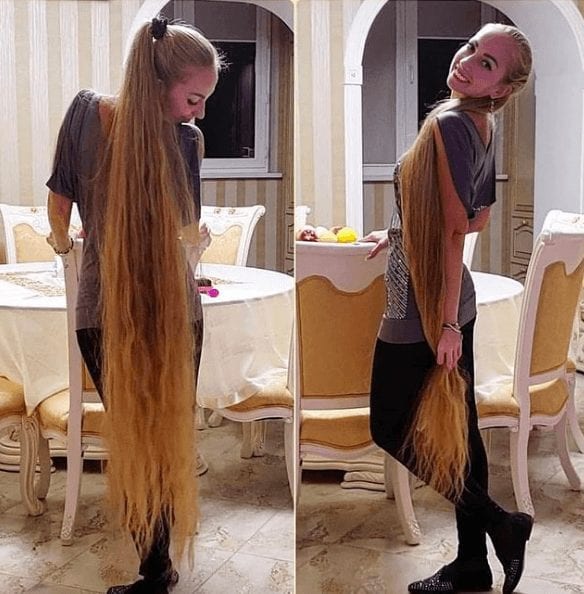 Single Mom Tricked Bank For 10 Years Living Rent-Free, Until She Made One Tiny Mistake
Son Catches Dad Spying On Girlfriend, But Forgets One Huge Detail
Teens Mock Boy, See What Happens As Man Stands Up
Teacher Disapproves Of Boy Adopted By Two Dad, Regrets It
Woman Who Refused To Cut Her Hair Since She Was 5 Now Looks Like A Real-Life Rapunzel
Dad Removes Childless Daughter From Will, Regrets It When He Checks His Inbox
Nobody Can Save Moose On Railroad Tracks, Then A Voice From The Back Speaks Up
Rude Customer Calls Police On Target Employee, Has No Idea Internet Is Listening