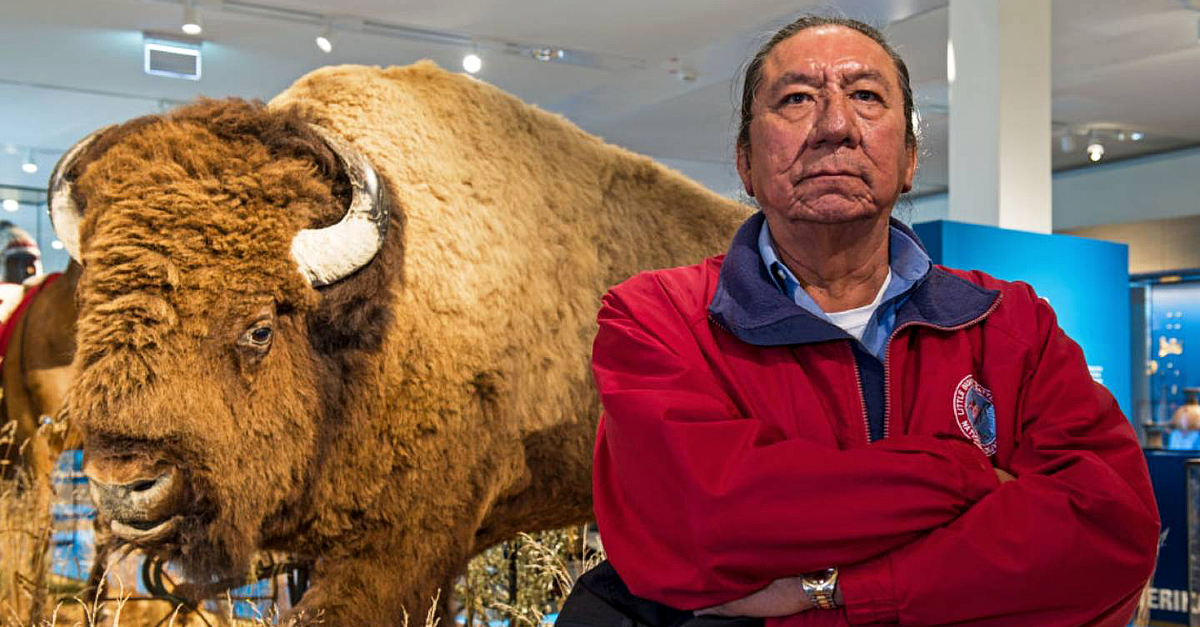 Ever since he was a little boy, he had always felt different. He preferred animals to people, mountains to buildings, and the past to the present. But he had no idea what secrets his past buried.

When his father finally gave him his blessing to pursue the mystery of his own identity, he made a ground-breaking discovery.

73-year-old Ernie LaPointe from Lead, South Dakota was always interested in his heritage. As a Native American, he knew he descended from people who had a deep understanding and connection to nature.

He possessed this connection too and often felt ostracized because of it.

Throughout his life, he had always preferred animals to people, mountains to buildings, and the past to the present.

Even when he was young, he constantly looked to the past for guidance. But that all changed when his mother told him a family secret that would follow him like a dark shadow for years to come.

When LaPointe was 10-years-old, his mom sadly passed away but not before making a confession to him that would change the trajectory of his whole life.

She warned him not to tell anyone. It was their secret and her dying wish. He had no choice but to obey. Little did he know, however, that keeping this secret would destroy him.

LaPointe grew up witnessing his traditions and culture slowly dying. As a boy who grew up to be proud of his heritage and traditions, it was a difficult thing to witness.

LaPointe struggled for years trying to find his own identity while trying to ignore and disown what his mom told him long ago. He was going down a dark path. That’s when his father stepped in.

Before his father passed away, LaPointe was surprised to hear him leave with a last wish of his own that completely contradicted what his mom told him.

He told him that the day might come when it will be important for him to set the record straight about the secret his mom told him to keep; that he was the great-grandson of Sitting Bull. Who was he?

Sitting Bull was the leader of the Hunkpapa Lakota tribe in the late 19th century. He led his people through years of resistance against the United States government policies.

Sitting Bull was a ferocious leader who inspired his people to battle major victories. In response, the US government sent thousands of soldiers to his territory. Many warriors had no choice but to surrender – but not Sitting Bull.

Force To Be Reckoned With

Sitting Bull continued his resistance for years until 1877 when he eventually surrendered due to the starvation of him and his family.

He was later shot by an Indian agent in 1890 out of fear that he’d spark another rebellion. His rebellion is why LaPointe’s mom didn’t want anyone to know they were his descendants. She feared for their lives. But time had changed.

With his father’s blessing, LaPointe arrived at the induction of the Sitting Bull conference in Anadarko, Oklahoma where they were introducing him into the Hall of Fame of American Indian Chiefs.

He declared himself to the crowd as his great-grandson but was never able to fully prove it – until now.

LaPointe had faced a backlash of criticism ridiculing his claim. He faced a torrent of accusations online and could only provide four things that many questioned the authenticity of – Birth and death certificates, a family tree, and a review of historical records.

But he was determined to prove himself. He wasn’t shying away from his identity any longer.

His first break came not too long after he reached the headlines for his claim. He received a mysterious call from a scientist who specialized in the analysis of ancient DNA and wanted to work on his case.

Sitting Bull had always been his hero and a small lock of his hair sat in the Smithsonian Museum which was enough to work with. Was it proven?

It didn’t take long for the scientists to figure out a new innovative technology that allowed them to extract the DNA from Sitting Bull’s chemical-preserved hair.

LaPointe waited in quiet confidence until his claim was indeed proven to be true. He was a living descendant of the renowned historic leader. This is what he had to say…

“I feel this DNA research is another way of identifying my lineal relationship to my great-grandfather,” LaPointe said.

“People have been questioning our relationship to our ancestor as long as I can remember. These people are just a pain in the place you sit — and will probably doubt these findings, also.” Scientists also had something to say…

“To our knowledge, this is the first published example of a familial relationship between contemporary and a historical individual that has been confirmed using such limited amounts of ancient DNA across such distant relatives,” the researchers concluded.

“It’s cool from a forensic point of view,” Keolu Fox, a geneticist at the University of California said. “But the real question is, would Sitting Bull have been comfortable with this?”

LaPointe had no qualms and wanted the verification. Instead, he used his elevated voice to found and run a non-profit organization called the Sitting Bull Family Foundation.

His mission is to offer a more accurate oral history of Sitting Bull by sharing his exemplary cultural and spiritual way of life. He also strives to awaken cultural awareness in the traditional Lakota way of life.