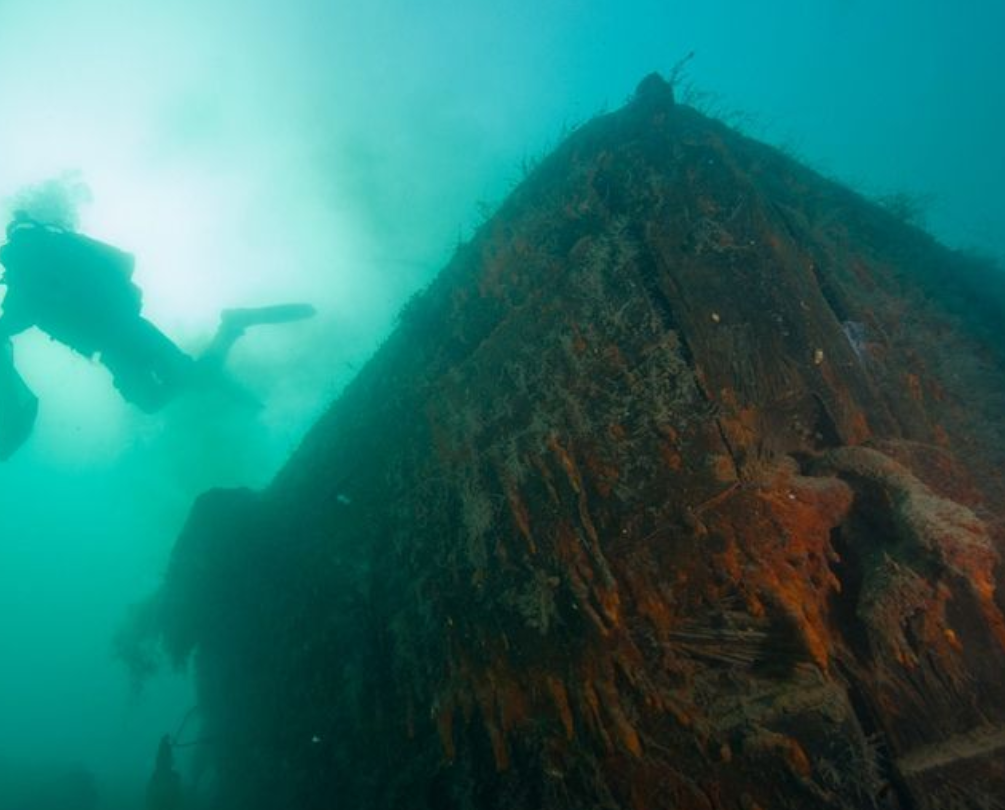 It is said that there are an estimated 3 million shipwrecks worldwide and they are helpful because they preserve a great amount of historical information. In Eastern Turkey lies the biggest lake in the country.

A Monster In The Lake

The lakes high salinity content prevents it from freezing but allows only a few species to live there. For over a century it was believed that a monster lived in the lake. People were even frightened by these rumors.

That is when archaeologists decided to investigate, diving down into the water.

Shadows In The Water

Some people claimed to have seen this monster in the water. Curiosity even led underwater photographer Tahsin Ceylan into the deep to capture anything mysterious lurking in the hollows.

One diver saw a shadow just meters away. The team got closer, and when they realized what it was they could not believe their eyes.

Not A Monster At All

It wasn’t a monster or some strange lake creature that they had stumbled upon, it was a castle!

Caylan and the other divers went deeper to find out more. Symbols of lions dated back to the Urartians in the middle ages. At the same time, another big discovery was made.

Robin Hood Of The Sea

Passing divers at Cape Cod found something hundreds of years old — the ship Whydah Gally, which disappeared in 1717. Captained by a very important person, Black Sam Bellamy knows as the “Robin Hood of the Sea.”

Some historians value his piracy at almost $120million, making him one of the wealthiest pirates in history. There must be treasure!

On April 26, 1717, Black Sam Bellamy’s voyage came to an end when 30-foot waves of water capsized the ship and sank it. Sam, his crew and all their treasures dropped to the bottom of the sea, where no one could find them.

Centuries later, with technological advances, the wreckage was finally found. But what was the archaeological significance?

Treasure and artifacts were salvaged from the wreckage but in 2016 another diving mission would bring new information to the team.

Some people had come across a treasure trove that valued more than anything they had ever found before. But what was the good part?

Human bones were discovered. Some investigators believed these could have been the bones of Bellamy the greatest pirate in history. Archaeologists were brought in and DNA testing was done. These tests would determine whether the bones belonged to Bellamy or not.

The results were clear.

It was a tremendous discovery that the bones belonged to the sailors of the era. This helped give more information about the typical sailor of the time, what they wore and how they fought.

Although the Whydah still remains a mystery, there were many treasures found and a lot of geographical information discovered.