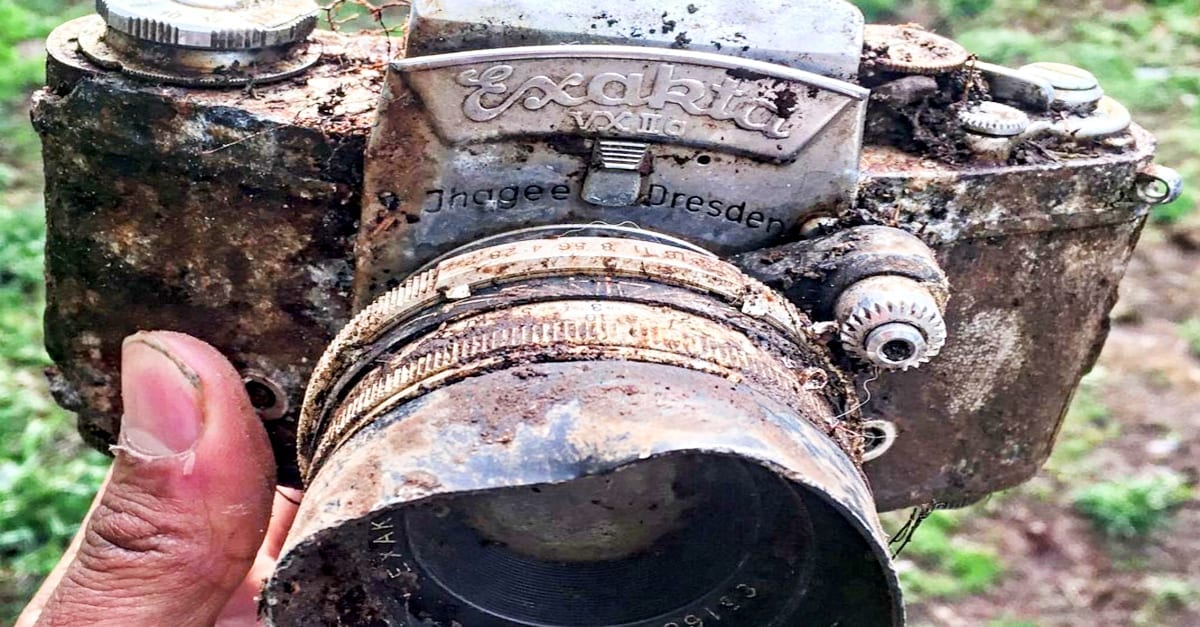 Losing something dear to your heart can be devastating. After hoping and praying that we’ll find it again, most of us will let bygones be bygones and carry on with our lives.

And when we lose something that we’re sure will never be recovered, we are forced to give up on the search. But sometimes, fate lends a helping hand. 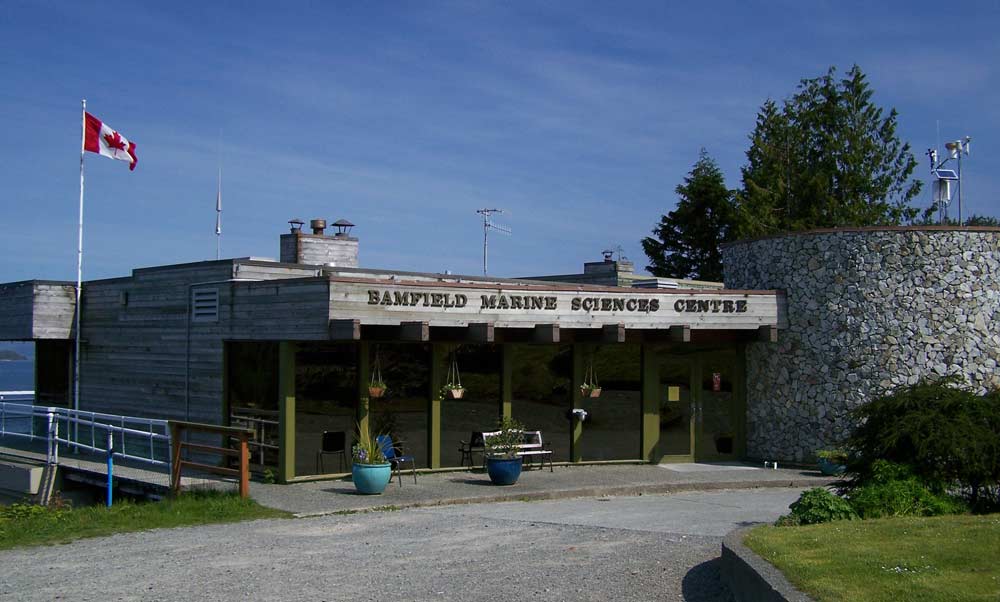 Very occasionally though, the impossible happens. This was the case when a group of divers from the marine ecology department of a Canadian university stumbled across something that had been lost for years during a routine expedition.

The team’s curiosity was so piqued that they began a search to locate the owner of the long-lost item. 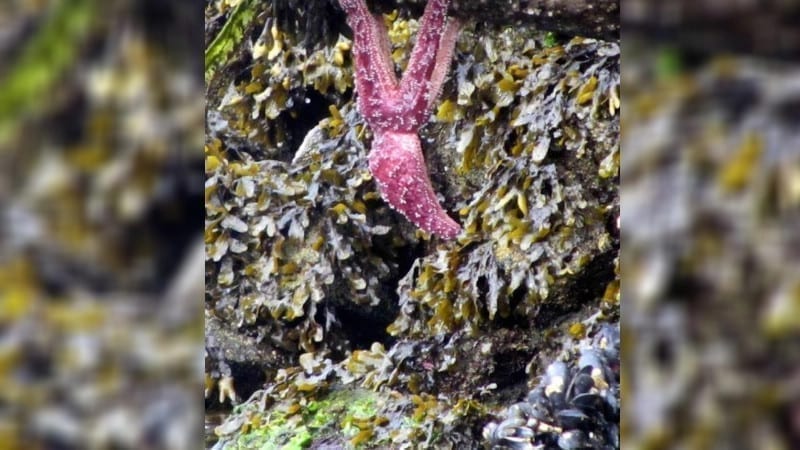 On the morning of May 13, 2014, the team from the marine ecology department at Simon Fraser University in British Columbia, Canada, was conducting a research dive to study the waters off the coast of Bamfield, near Vancouver Island’s west coast.

Although the team had begun their day with a very specific goal in mind, the purpose of that day’s dive quickly changed. 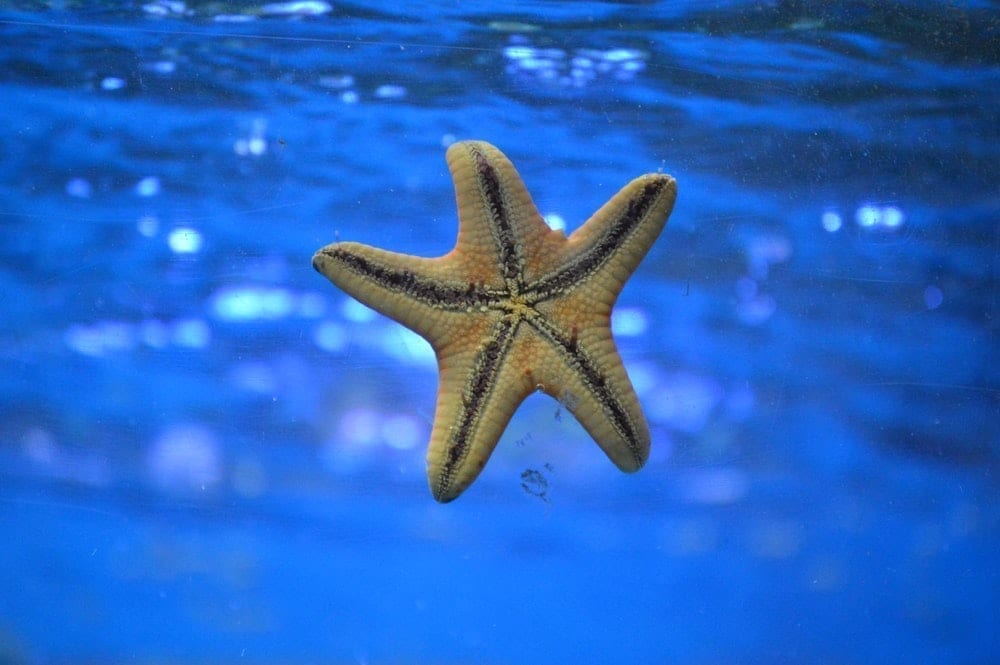 The diving team was studying the many species of starfish in the area and had hoped to gain some insight into their behavior — both in their own natural environment and in the school laboratory.

But, in a strange turn of events, something embedded in the sea bed caught the eye of two students. 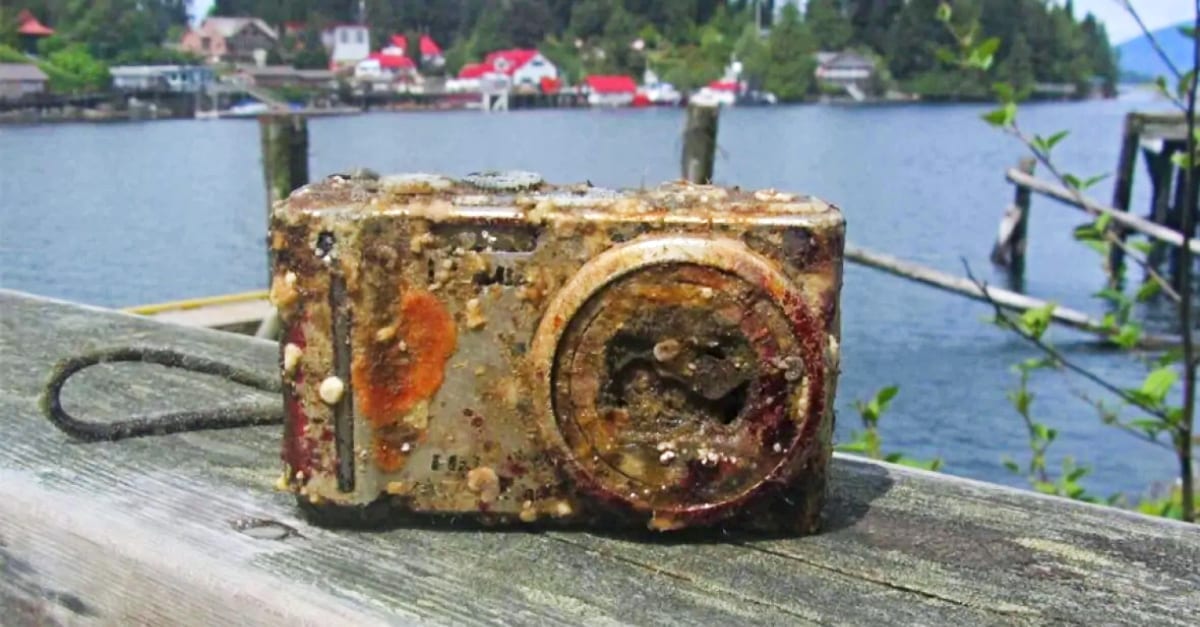 Beau Doherty and Tella Osler noticed something on the seafloor that didn’t look like it was part of the natural ecosystem. It had hard edges and a leather strap that was waving in the current.

Beau lifted it out of the sand and was astounded to see a round lens. Although it was a very old and algae and sea life had totally encrusted its rusted metal exterior, it was still recognizable as a very old camera!

Who Did It Belong To? 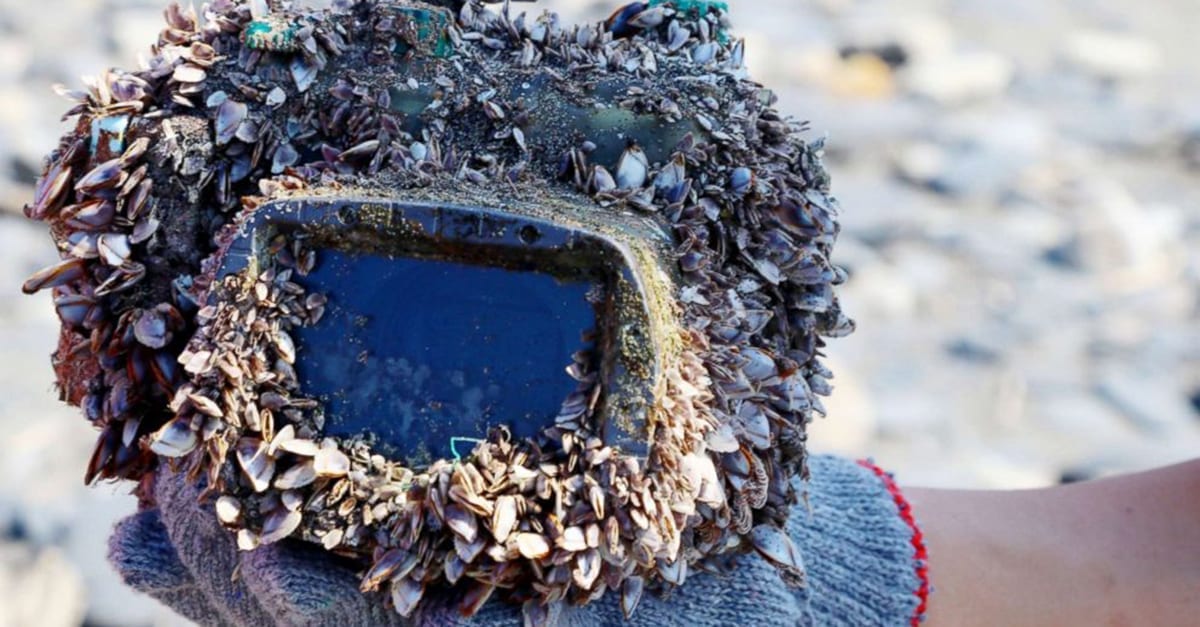 Beau stashed the rusted camera in his pocket and continued with his research, but he couldn’t help but wonder who the old camera had belonged to.

Professor Isabelle Côté recalls the fateful find: “One of them picked it up and put it in his pocket and kept counting the starfish,” she said in an interview. “When they came up from the dive, he said, ‘Look what I found.’” 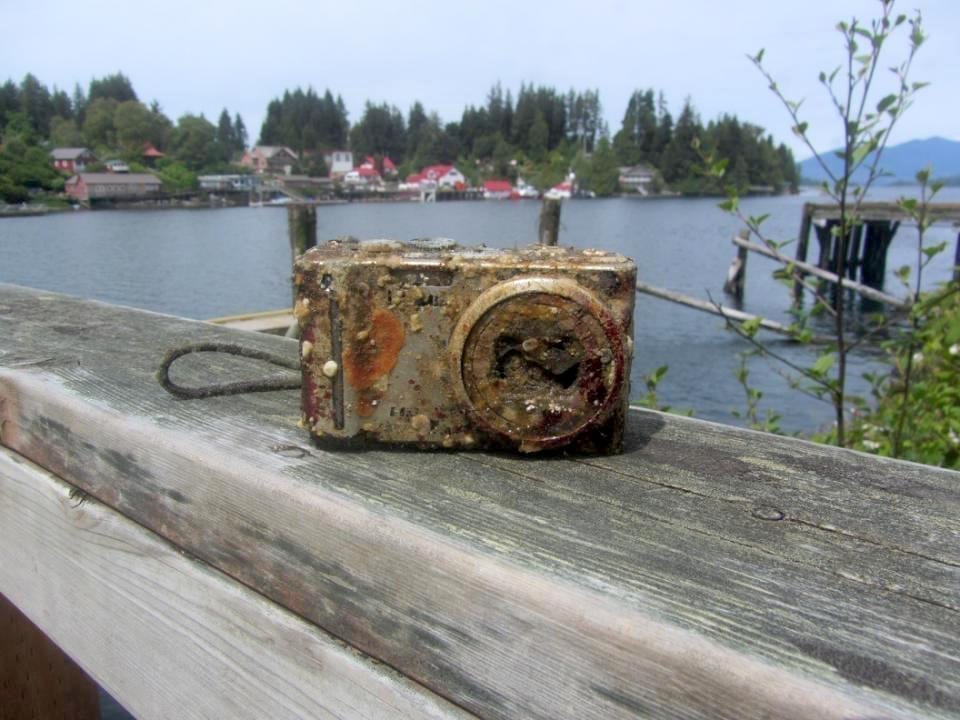 Once the divers returned to the boat and Beau revealed what he’d found, the camera immediately caught the attention of Isabelle’s co-professor, Siobhan Gray, who also happened to be on the boat.

She was conducting her own research for the Bamfield Marine Sciences Center and was intrigued by the camera, as well as the fauna that was growing on its surface. She decided to take it back to her lab for further investigation… and she was not disappointed. 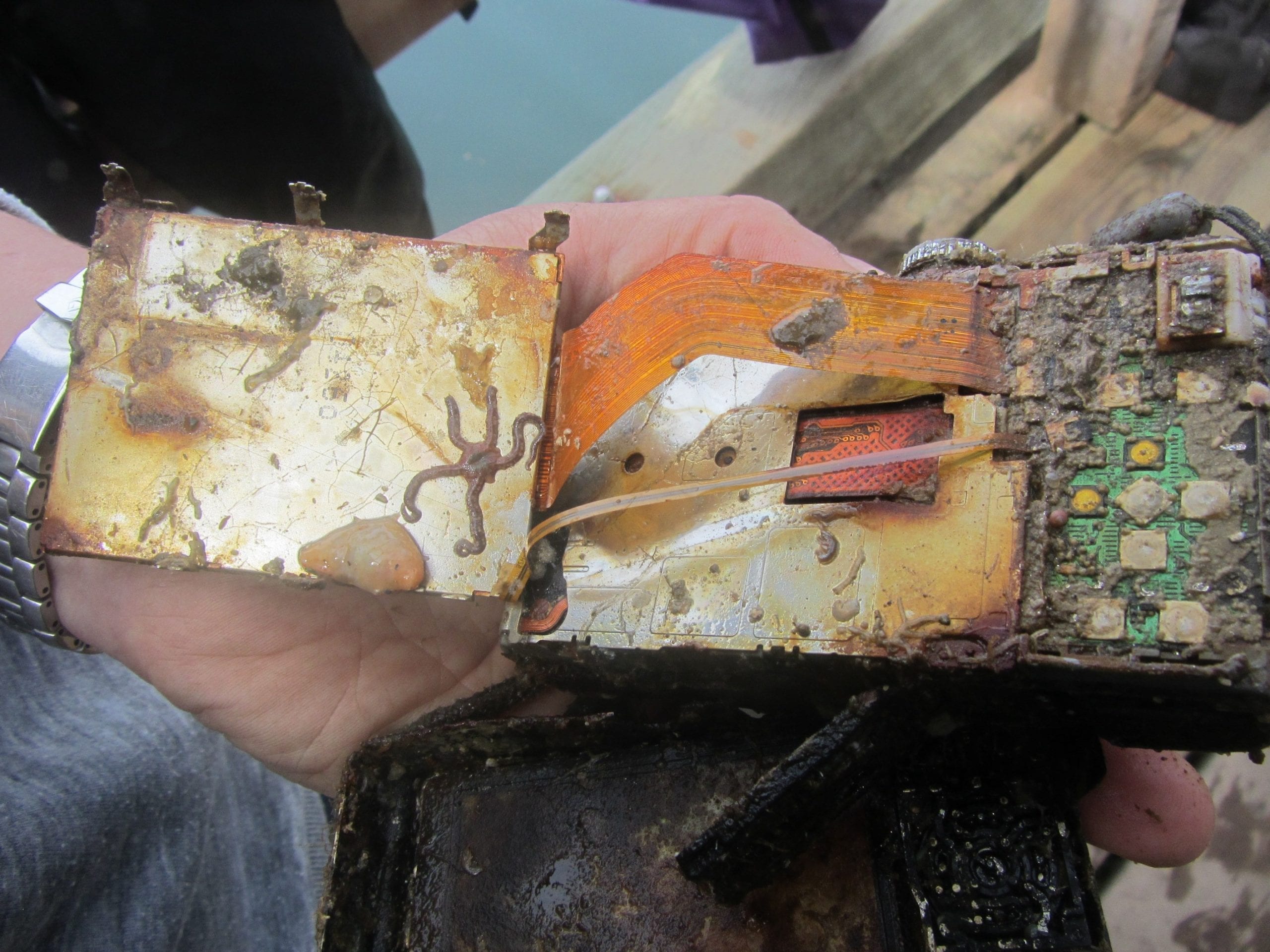 Aside from the camera itself, Siobhan was most excited by the miniature ecosystem that was living on and inside the old camera. When the camera was opened up to reveal its insides, Siobhan was ecstatic.

Besides numerous species of algae, she found a sea cucumber and two brittle stars (similar to starfish) living inside. But, as luck would have it, that wasn’t all she discovered… 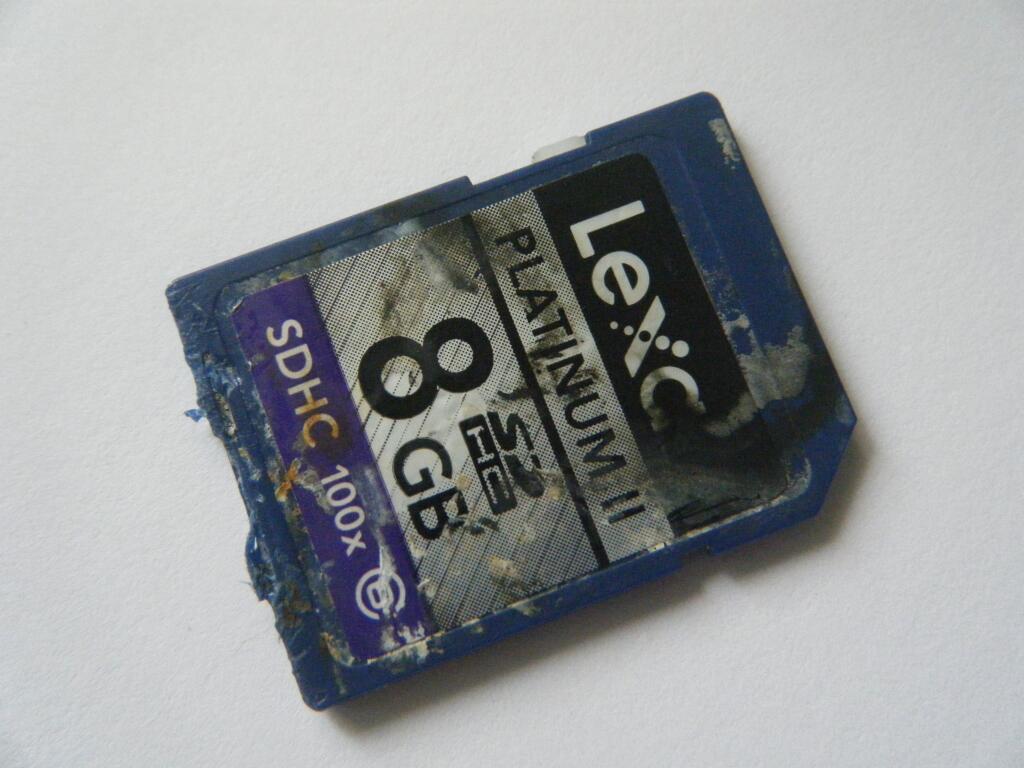 Although the SD card was covered in black algae, the team hoped that it would still work. Even better, there might be a few photographs that had survived. Maybe they could even identify and track the original owner?

The Moment Of Truth 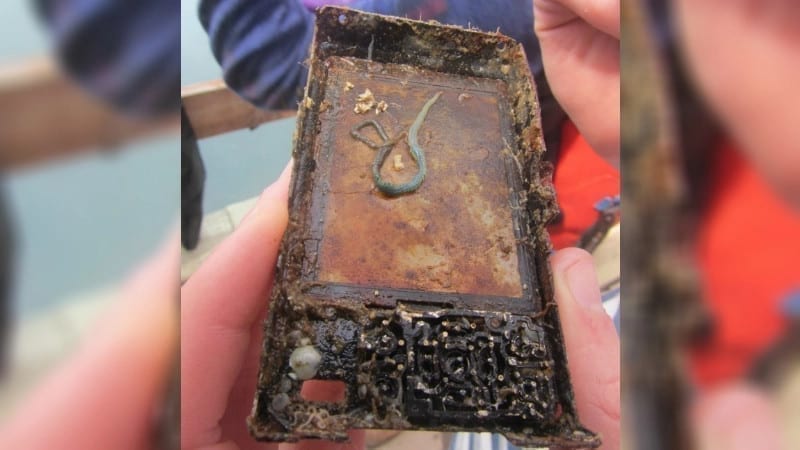 “My first thought about the camera was, are there still images on the card?” Siobhan said excitedly. In the interview, she could barely contain herself when discussing the possibility of what the card may hold.

Siobhan carefully cleaned all the contacts of the memory card with an earbud and rubbing alcohol. Then, she slotted it into her computer and held her breath. And, lo and behold, it worked. 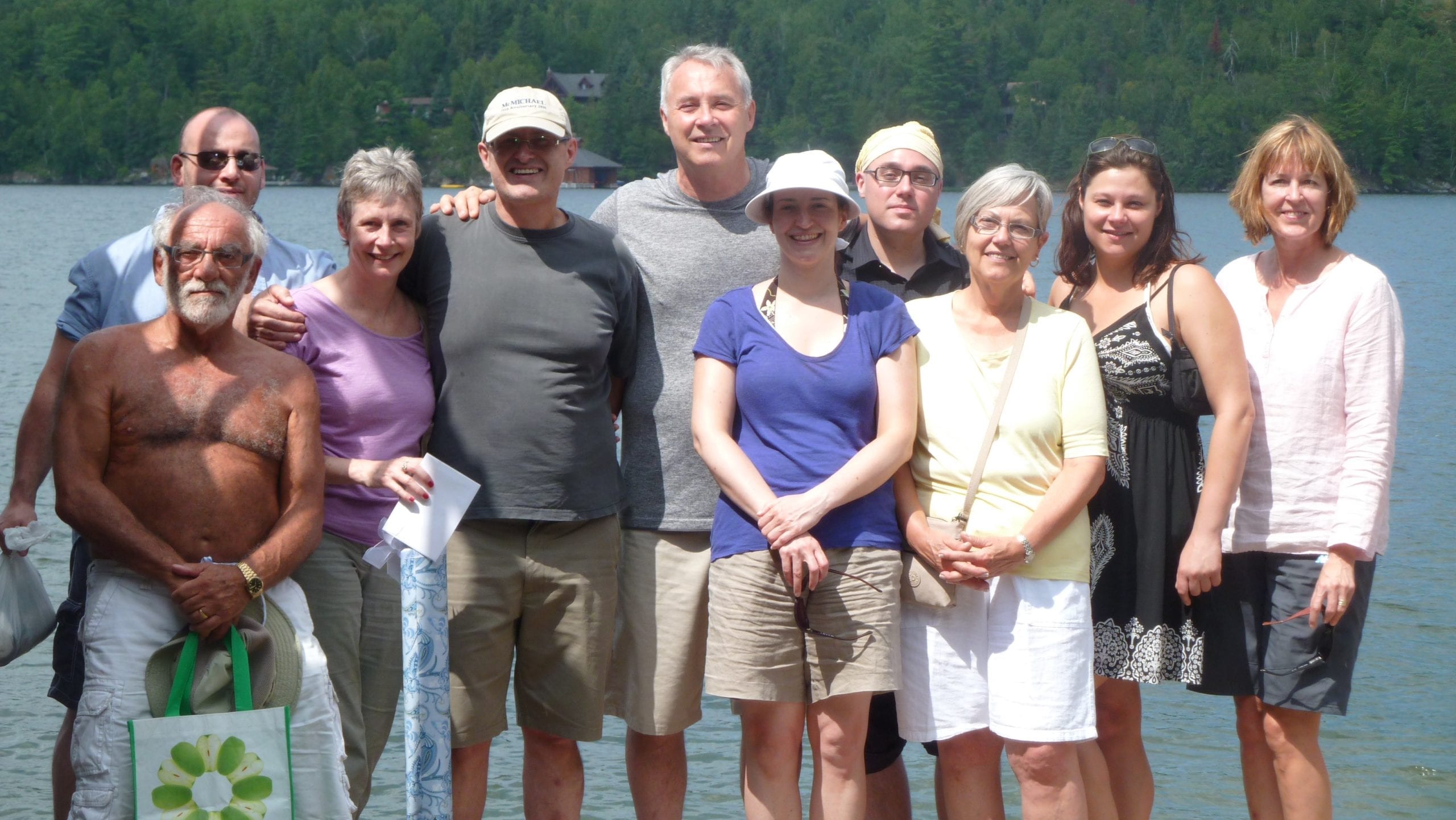 Not only was the eight-gigabyte Lexar Platinum card still working, but it still contained many videos and photos.

Although Siobhan was reluctant to scroll through someone’s personal and secret memories, she continued to look at the photos one by one, unable to tear her eyes away. The photos and videos were of various people at many different get-togethers, dating back as far as July 30, 2012. As exciting as it was, looking at the photos just didn’t feel right somehow. Photograph after photograph flashed before her eyes, but long before she had reached the end, she knew that something had to be done. But what? And more importantly, how?

Isabelle and Siobhan knew that they needed to do their best to track down the original owner. But they had no idea that they were about to unlock a harrowing story. 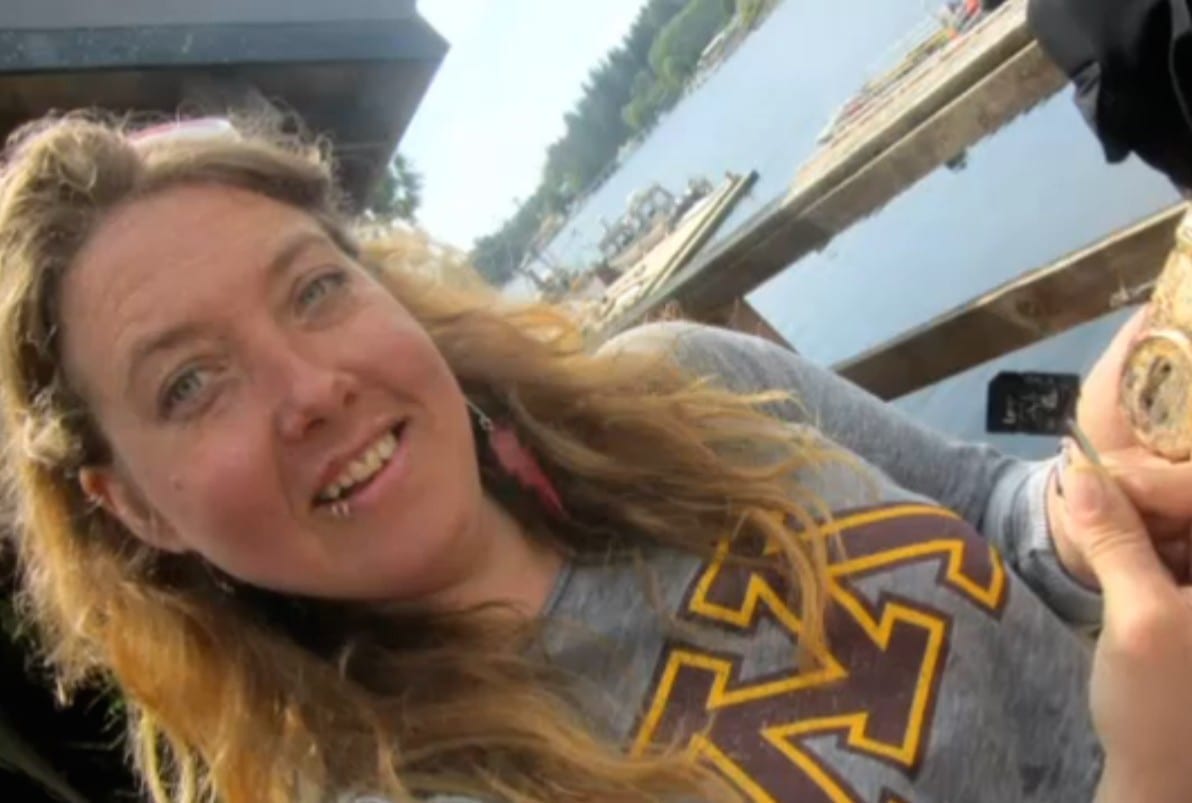 Isabelle and Siobhan knew that the best chance they had of finding the camera’s owner was to take the photos to social media.

They began to tweet out some of the photographs using the hashtag “#detectives.” Soon, the photos had garnered hundreds of comments and retweets. But, despite the photos receiving a lot of attention, no one came forward. Then, they decided to try a different tactic. Siobhan and Isabelle knew that they weren’t getting any closer to locating the camera’s owner on Twitter.

Eventually, the team resorted to printing out the photos and posting them around the town. And it wasn’t long before a member of the Navy recognized the man in the photo. Could he be the man they rescued from a shipwreck? Finally, they had their first lead!

The Man In The Photos Paul Burgoyne was an artist from Vancouver. He had lost his boat in 2012 when it sank. Once the man was identified, the Navy officer tracked down his phone number in an attempt to get further information. He took the camera in hopes of returning it to the man.

Siobhan and Isabelle were thrilled that their search had finally yielded some results. But would the story end here?

The Man Behind The Mystery On the morning of May 21, 2014, Siobhan got the phone call that finally put an end to the mystery.

Paul Burgoyne was on the other end, and “He was thrilled,” she explained. “He says when he got off the phone with the Coast Guard he and his wife were laughing a great deal, and mentioned how lucky he was.” But it was only when Siobhan heard his harrowing tale that she understood. It turned out that Paul was an extremely lucky man. He told Siobhan the story of how he had lost his camera.

On July 20, 2012, Paul was sailing to his summer home in Tahsis, British Columbia. His trip had gone without a hitch until he ran into a spot of bad weather. With the sea growing turbulent, his boat was thrown against some rocks. He subsequently lost his camera in the wreck. When Paul’s boat crashed against the rocks, they smashed his hull apart. Paul found himself stranded in the freezing cold water and developed hypothermia.

It was lucky that patrons at a nearby inn spotted him and called the Coast Guard. But it was only six hours later that he was rescued and brought back to shore… Paul was thankful that he had made it out alive, but he had lost hundreds of personal possessions in the wreck. Over the years, and although it hurt him deeply, he had grown to accept what had happened. He was most heartbroken about his camera — other possessions could be replaced.

But after he had gotten the call from the Navy officer informing him that his camera had been found, he couldn’t believe his luck! The photographs on Pauls’s camera didn’t depict an ordinary family reunion. In fact, they had been taken when he and his family had scattered his late mother’s ashes.

And the photographs served as a reminder to be thankful — after all, he had nearly lost his life on the night that he had lost his camera. Siobhan and Isabelle were very careful to back up the contents of the SD card before they had handed it over to the officer. “That card seems to be a little unlucky,” explained Isabelle. Paul is delighted to have his precious memories back — he never thought he would ever see those bittersweet photographs ever again.

Thankfully, fate played a hand in getting them back to him. Paul is one lucky man!