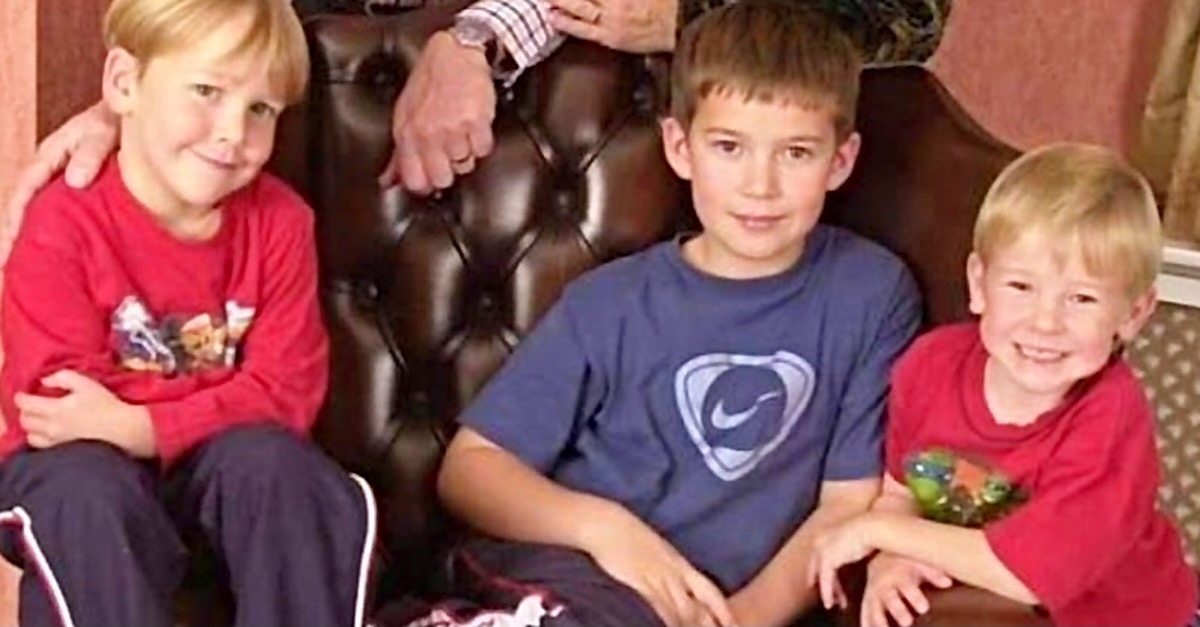 Richard’s heart dropped to his stomach when he heard the news. Although he was aware that the genetic disease ran in his family, he was unaware that he was also afflicted. The news was alarming enough because it put his health in grave danger.

Once he learned of the diagnosis, his entire world stopped. His mind was racing once he left the doctor’s office. Aside from robbing him of his health, it also stole the family he treasured.

He Had It All

One would think that Richard Mason’s life was perfect. He was a successful business owner from the UK. He had a beautiful wife, and the pair had a great son.

They welcomed two twins a couple of years later. He loved his family dearly, and he appeared to be in impeccable health. Richard thought that he had everything he needed in life. However, things were more complicated than that.

Richard loved his children more than anything in the world. Because of his success, he was a loving father who took every opportunity to spoil his sons. Early on, life was wonderful, and his family prospered.

But issues soon surfaced, and Richard’s life quickly spiraled out of control. This all started when his boys were young.

Richard had a busy life, but he did everything he could to make sure his family was well taken care of. Early on, Kate started to show an unexpected interest in Judaism and expressed a desire for the boys to grow up in that religion.

Richard tried his best to meet Kate’s requests, but it soon became clear that their marriage had numerous issues. Richard could see that the marriage was in trouble and that there was no chance of its survival.

Richard didn’t see it coming. He and Kate had to make a difficult decision when their issues grew worse.

They separated themselves initially. Richard found this particularly challenging because he never wanted his sons to experience a shattered household. Despite his best efforts, things continued to worsen.

Richard realized in 2008 that his marriage was a lost cause. Richard and Kate decided to cut their losses and got a divorce. Richard complied with all of Kate’s outrageous demands since he didn’t want his children to suffer.

His settlement cost him more than $5 million, and he continued to pay the majority of his boys’ private school tuition. Even this, however, was not sufficient.

Even after Richard complied with all of Kate’s demands during the divorce, she kept asking for more money over time, which infuriated Richard.

For the sake of the kids, he first sought to maintain a tight relationship with the family, but the ongoing arguments with Kate and the ensuing legal battles put a major strain on him. After then, everything only got worse.

Richard got some unsettling news from his doctor during a routine check-up. A few additional tests were requested when the doctor made a discovery.

By this time, it was 2016, and he and Kate had been separated for about ten years. Richard was aware of his sister’s significant inherited medical condition. He was unaware that it also had an impact on him.

By now, Richard had married once more. Receiving a dire health diagnosis only added to the stress he was already feeling due to the commotion surrounding his divorce.

The doctor invited him in to talk about the delicate matter that would impact his future with his new wife after telling him the unfortunate news. Now, Richard was distraught.

After he had been dreading the news, the doctor called in and confirmed it. His sister had lost her life to the illness, and his other sister also exhibited symptoms. Besides affecting the lungs and digestive system, this condition could have severe effects on other organs as well.

The fact that the disease was hereditary added another worry to Richard’s plate. As a result of the diagnosis, both of his sons may also be at risk of developing the disorder.

Richard’s mind was still trying to comprehend all these worries when the doctor mentioned something that suddenly changed everything. The doctor wanted to be sure that Richard and his current wife weren’t planning to have children.

The reason was that cystic fibrosis in males meant that they were infertile. Richard suddenly felt elated. The fact that he had three sons meant that the tests must have been incorrect. Or so he thought.

The doctor confirmed that the tests were accurate and that Richard was almost undoubtedly infertile since birth. However, his entire world came crashing down with this realization.

Richard had to face a shocking truth. His three sons weren’t biologically his, and his entire marriage to Kate had been a lie. She later confessed that she had had an affair and that the couple’s three sons were from another man.

Richard’s entire life seemed to fall apart. It was difficult to comprehend the truth after so many years. His eldest son was 23 now, and the twins were both 19.

He had doted on them all his life, paid for their every expense. The worst part of the betrayal was that even after the divorce, Kate kept trying to get more money out of him, knowing all along that he was not the boys’ father.

Richard had to further endure the difficult conversations with his sons. To his relief, they took it better than he hoped. Richard has commented publicly on how difficult this has all been for him.

He described the boys as being the best thing that came out of a marriage that was “cold and joyless.” His only concern now was how to move forward, knowing he wasn’t the boys’ father.

Richard realized that his ‘sons’ may not have been his biologically, but after raising them his entire life, he still considered himself their dad. Richard is doing his best to care for his own declining health while helping his current partner, who was diagnosed with breast cancer.

While two of his sons haven’t spoken to him much after discovering the truth, Richard was delighted when the third son reached out and said he would always consider Richard, his father. Despite everything, Richard is still hopeful that he can be a part of the boys’ lives.