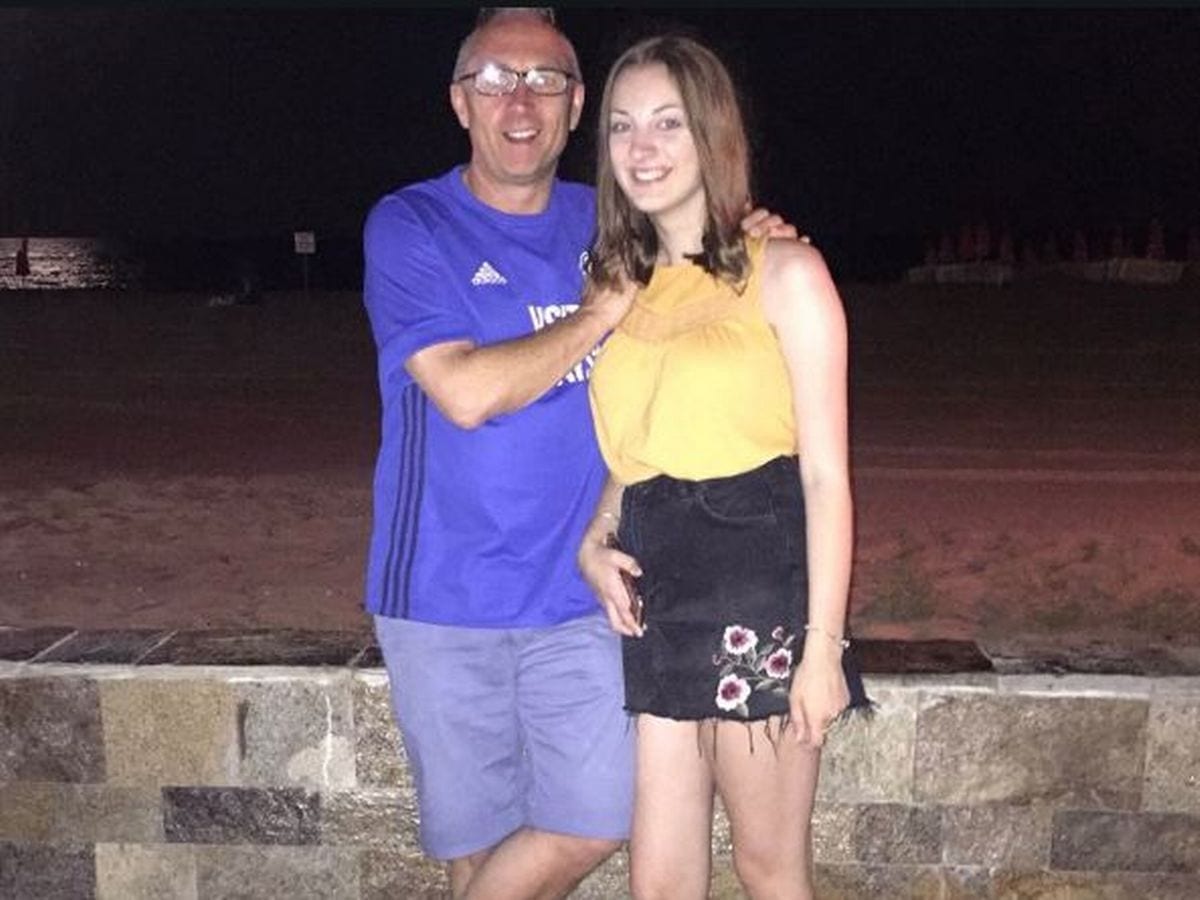 Results day is one of the most terrifying and nerve-wracking experiences for teenagers the world over. Molly Rowlands is a teenager who can attest to this when she went to collect her G.C.S.E. results in 2018.

Once she saw her results she knew she needed to talk to her dad.

After studying at Ysgol Gyfun Cymer Rhondda secondary school, Molly decided to study for her A-Levels. Only being 16-years old, she made this a goal and focused on her 14 G.C.S.E subjects.

Molly was dedicated to her goal and as the exams drew closer, she spent several hours a night studying to ensure the best possible results. However, Molly was so dedicated that she also spent her weekends preparing for the tests.

She had no idea what her dedication was going to bring in the future.

Molly wrote her exams and anxiously awaited the results. Finally, August 23, 2018 rolled by and Molly went to the school to fetch her results. That’s when she discovered that she had managed to pass all 14 subjects with an A* grade.

“I worked so hard but I never thought it would actually happen,” Molly Wales Online.

“I came to school a bit late and then I opened the envelope with my friend,” Molly continued. “When I opened the results I was just in tears – I burst out crying. I spoke to one of my teachers and he said they were the best results the school has ever seen.”

However, after she saw her results she remembered an old pledge.

When Molly started her second last year at school, her father, Clive, made her an interesting proposition. He told her that for every A* she received on her G.C.S.E exams, he offered to pay her £100.

While it had started as a joke, his promise was about to blow up in his face.

“It was two years ago now and it was a bit of a joke at the time,” Clive told Wales Online. “I had a bit of a shock when I heard [the results].” Anyone would be shocked when you consider that she got 14 A* results.

Her shocked father suddenly found himself owing her £1,400.

Despite Clive’s promise, though, Molly insists that the money wasn’t a motivating factor ahead of the exams. Indeed, much like her dad, the 16-year-old saw the pledge as a joke at first, and as time went on it quickly became a running gag in her family.

“It started out as a family joke that soon became a bit of a talking point,” Molly told Wales Online. “It [first came up] two years ago, before I started my exams. I was just joking around saying what are you going to give me when I pass – [my dad] said, ‘£100 for every A*.’ We were only joking.”

However, the teasing started to escalate ahead of results day, with Molly prodding her father as the moment drew near. “‘How much do you think it will be?’” she recalled asking Clive during that period. “It just shows that I really didn’t know what results I would get.”

After Molly discovered her perfect marks at school, she also got something from her father. “On results day I was given a card with a blank check inside,” the 16-year-old told Wales Online. “It was just a joke – but a few of my dad’s friends knew about it and kept winding him up. We kept the joke going really.”

Despite the jovial origins of the pledge, though, Clive’s promise sparked a lively online debate, as people discussed the rights and wrongs of his vow. Indeed, the comments section of the Wales Online article covering this story was particularly feisty, with users unafraid of stating their opinions.

“I sat my O-Levels about 50 years ago,” wrote user abertawemerch. “I was [also] given an incentive by my parents – £1 if I passed them all. Needless to say their money was safe, but my point is the money this girl’s father offered was not a bribe.”

“[The money] is an incentive,” abertawemerch continued. “Just like anything in life – you know you have to work hard if you can see a great goal ahead.” However, those feelings weren’t shared by fellow user WelshWarlord, who questioned Clive’s decision to offer Molly a cash reward.

“Parents should motivate through [showing] their kids [what they] can achieve for themselves and others,” WelshWarlord wrote in the comments section. “Not through money.” The disagreements didn’t end there, though, as another user admitted that they made a similar promise to their children.