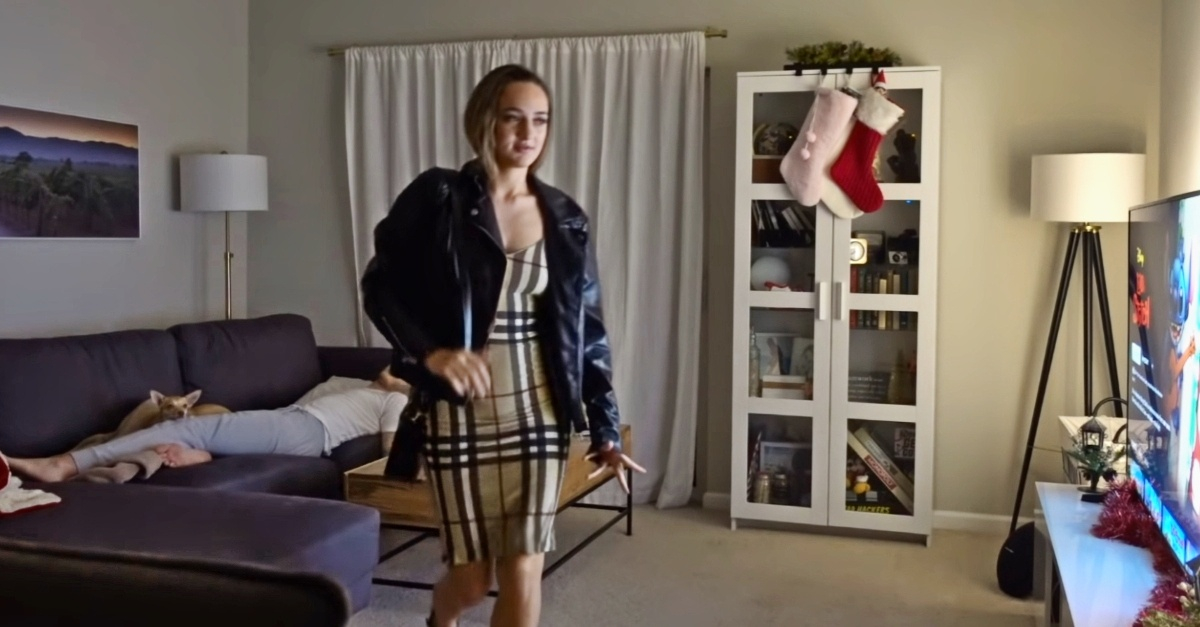 This Is Gonna Be Fun

He wasn’t the only one sitting in twisted suspense, grinning to know what the ending would be for the young man.

But now, there were tens of thousands of people over the internet, and across the world, wanting a play-by-play account of what was going on in the house. Between the dad’s sentry point and the backyard video feed, he was going to find out the truth … and laugh his butt of at it.

Rick leaned back in his comfy recliner and sipped on the first, delicious coffee of the morning.

He could hear the tell-tale sounds of his wife already getting into her intense, Tasmanian devil-like tornado of house cleaning. The other familiar sight, or lack there of, was his stepson, Toby. Normally, the teen would be scarfing down brick-cold Pop Tarts, but he was no where to be seen.

The new series of tardiness wasn’t exactly out of place for an 18-year-old. But Rick still felt like something was off.

Every time the kid came stumbling down the stairs, he looked like a ragged lump of clothes with dark circles under the eyes. It was obvious he wasn’t getting much sleep. But then Rick finally found a clue.

He chuckled and took another sip of coffee.

The pair of white sneakers at the front door stood out from the row of brown footwear. Immediately, the story was clear. But his son still lingered in his upstairs bedroom – with the girl he had snuck in during the night. However, that wasn’t the only thing.

As the hours passed, and no one appeared from upstairs, it was clear the boy was trying to figure out how to smuggle the girl out without anyone seeing.

Rick had flashbacks to his own youthful escapades. But he was also a parent now, and it was time for a different kind of fun. He pulled out a camera and quickly set it up in the backyard. Between the new video feed and his perch on his lounger, he had all the exits covered. But it was the next step that he had no idea would totally blow up.

He had to do something while waiting, so he started to live-tweet the event.

After explaining what had happened so far, and putting out a few updates, Rick quickly saw more and more comments pour in – everyone wanted to know what was going on. They wanted a play-by-play commentary. So, Rick let them have it.

“I hear definite moving around from his room right above me. It’s 10:39 and this poor girl hasn’t had a chance pee this morning.”

“I think they might be waiting it out. The wife usually lays down and reads after lunch, especially after cleaning her [butt] off all morning. Could he be waiting for that?? Can she hold her pee another hour or so?? I have no idea what they are thinking up there.” But the comments from readers were just as entertaining…

“LOL the sheets don’t work in real life (ask me how I know). You either wait until the coast is clear, hide the person in the closet, or if you have balls you just walk downstairs and come up with a great excuse.”

After a couple of hours, people started to worry. “Do we need to do a wellness check? Did the wife kill everyone?” Finally, after a little while longer, one of them finally emerged.

“OMG OMG OHHHH MY GAWDDDDDDD. SHE CAME DOWN TO USE THE BATHROOM! IT’S ONE OF HIS CLOSEST FRIENDS! See… Mom might believe it’s just a friendly sleepover, she was lucky enough to sleep through the [kiss] fest above our heads at 4am.”

“I don’t even know if the wife saw her come downstairs to use the bathroom. She’s said nothing and it’s not like I can ask… Yet.” Rick held back his laughter as he posted a public poll for his readers to choose from – “young love” or “mama bear” – meaning who was going to come out on top of this grand escape. Who did everyone pick as their winner?

It was a landslide for “young love.”

Everyone wanted to see his stepson smuggle the girl out before the mother would see and possibly blow a gasket. Then, the grand finale unfurled, and it took all of Rick’s strengthen not to bellow with laughter.

“Omg this kid!! NONCHALANT AF he casually strolls downstairs… AND grabbed those shoes and went back upstairs. Side eyeing me the whole way past. I shot him a little wink Winking face. They gonna hit that side door. bet.”

In the little time he probably had left, he took a few moments to smack down the few, inevitable haters that just wanted to poop on the entire parade…

“I see all ya comments about help the kid out … He’s a 18yo grown @ss man. We live and die by our choices.”

“For all you haters commenting about why I’m not helping with the house cleaning. First of all, you don’t know my life. And secondly, I make the bomb ass food around here. That’s why!” Then, the two lovebirds made their grand escape…

“Well that’s a wrap folks! Mama just went to the bedroom to lay down and read for a bit. He’s got a good 2-3 hour window… Looks like young love finds a way, for now!”

“And closure… Sure enough, they hit the side door and they were gone. I don’t know about you but I need a drink after that suspense. Thanks for following along! That was amazing.”

“Honestly people! The thousands of messages I’m getting for the conclusion is crazy-ass overwhelming! And sadly it’s not as entertaining as the thread was. So… Let’s see who’s still interested in this thing. Retweet this and I’ll post a few funny insights after the fact.”

The biggest twist was what the mom DID know…

Apparently, since the two had been friends all their lives, she never thought they would be physical with each other. So, she already knew about the sleepover. What she didn’t know was they were indeed being naught up there.

Ah, to be a fly on the wall when the mom found out … after the rest of the world. That would have been a sight to see!