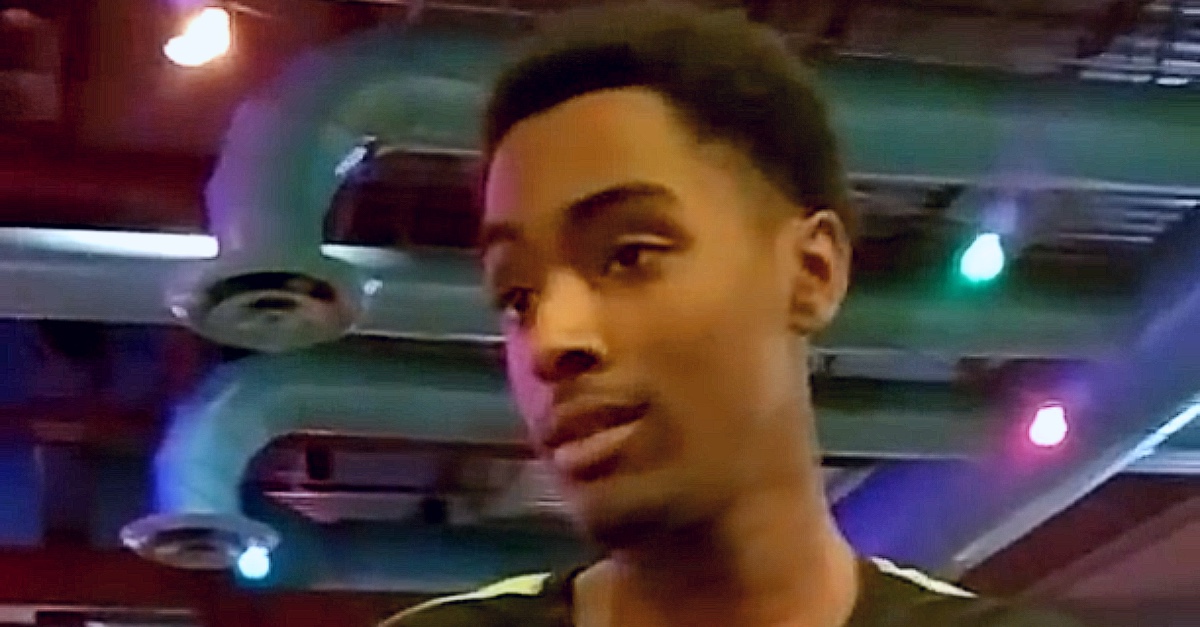 First, the waiter told them to move tables, then he took their order without a hint of a smile. It was obvious that this waiter was having a horrible time.

Maurice ignored the waiter’s rude behavior and even tried to make his day better by tipping him. But he had no idea who he was dealing with. His reaction made him change his mind and tension followed.

It was late evening by the time Maurice Green arrived at Don Pablo’s restaurant with his family. It was a cold and wet night. The restaurant was half empty.

It seemed a lot of people preferred to stay wrapped up in their warm houses than venture outside in the cold. But Maurice wasn’t one of them.

He loved going out and doing things. He especially loved trying out new restaurants with his family. And living in Dallas, Texas – there was no shortage of places to try.

Maurice loved Mexican food so he was excited to see what Don Pablo had to offer. Little did he know, it wasn’t the food that was going to be the problem.

Maurice entered the restaurant with his wife and adult daughter. He waited around the entrance door to be seated until his daughter spotted the ‘Please seat yourself’ sign.

Together, they made their way to a 6-seater table near the wall. A waiter swiftly approached them and said, “You can’t sit there. Do you mind switching to this table?”.

He gestured to a 4-seater table nearby. Maurice and his family quickly uprooted and sat back down. The waiter handed them their menus and asked them what they would like to drink.

He took their orders without a smile and left. Maurice was an attorney and had a knack for sensing when people were at their lowest, but he had no idea who this guy was.

Maurice and his family ate their meal in peace, chatting and laughing between themselves. The unfriendly waiter checked on them once to ask them how their meal was.

Ignoring the impoliteness on the rude waiter’s face, Maurice replied happily and asked for the bill. Now, it was clear to most that the waiter hated his job.

However, for Maurice, all he saw was a young man having a hard time. When the waiter returned to collect the bill, Maurice directed his full attention to him and asked him how his day was.

“It’s been rough”, the waiter replied. “Yeh, I sensed that”, Maurice said. But what unfolded next was even too far for Maurice.

Maurice asked the waiter to take the paid bill. “That’s for you”, he said. The waiter looked down, knitting his brow together.

When he saw the tip, he nonchalantly rolled his eyes and muttered a quick remark. He said it so inaudibly that he doubted Maurice could hear it – but he did. And he couldn’t believe what he just said.

Maurice squinted his eyes before quickly asking for his tip back. Maybe he had this guy all wrong. Maybe some people you just can’t help.

The waiter stared at him in surprise. He quickly resumed his cold facial features. Maurice grew impatient and continued to stand up and grab the tip right out of his hand.

The waiter hesitated for a minute before looking down to the ground and leaving. But just before he left, Maurice stopped him.

“Hey, I’m not finished with you yet young man”, Maurice quipped. The waiter turned around. Maurice remained standing as he slid his hand back into his pocket. What he did next was astounding.

At first, Maurice gave the kid a big $100 tip. He wanted to do something to brighten this young man’s day. He could tell he was battling with something.

But after Mauric heard what the waiter said, he quickly changed his mind. It’s not every day that someone reacts like that to a kind gesture. What did he say?

The waiter looked up to the ceiling and said “praise god, you just paid off my car”. His desperate and thankful remark made Maurice take back his original $100 and take out another $100.

He returned the original tip to the waiter with an added $100. Now, the waiter showed his true emotions and cried in disbelief. But Maurice wasn’t done yet.

Maurice just knew this kid was going through hardship. For a waiter – or anyone – to not even share a smile when meeting someone new must have meant that he was struggling with something.

Seeing the relief on his face, as well as the tears he was working to cover up all this time broke Maurice’s heart. He decided to go further.

As the waiter grabbed a tissue from their table to dry his tears, Maurice said, “You know what? I think we can do better than that. Here’s another $100”.

“Because I’m in the business of blessing, son”. The waiter stepped away from the table, struggling to get control over his emotions. Maurice’s daughter filmed the whole encounter.

She captures the waiter hugging Maurice and thanking him again. She later uploaded the beautiful encounter to youtube where it has garnered thousands of views, likes, and comments.

In total, Maurice gave the struggling waiter $300. It seems like he was in the business of blessings indeed!