Array ( )
Top5 » Trending » Amazing Facts » History Facts » Curious About Camelot? These Are 5 Things You Might Not Know About JFK

Curious About Camelot? These Are 5 Things You Might Not Know About JFK 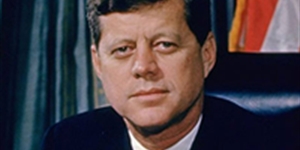 So, you think you know everything there is to know about President John F. Kennedy, do you? Well, did you know that the famous “F” initial stood for Fanglerod? No? Well, no one else did, either, because it stood for Fitzgerald. But you, being well-informed, knew that already. If you’ll humor us, though, we bet we can let you in on a few facts that you may well just be learning for the first time. Whether we tarnish or burnish JFK’s record, well, that’s all a matter of perspective.

5 Kennedy and the CIA indirectly predicated the instability in Iraq

By supporting a 1963 coup in Iraq, Kennedy and the CIA indirectly predicated the instability still plaguing the region, along with much of violence in that country during the 20th and early 21st centuries. JFK’s administration and Central Intelligence Agency (acting under the aegis of the White House) gave tacit support to the Baathist coup of February, 1963, which brought Abdul Salim Arif to power. Despite the fact that the Baath party did not hold sway for long in that decade, this bloodless coup and the bloody activity that followed it (purging communists and many of the “educated elite”) sowed the seeds for the Baathists to hold power for much of the ensuing half century.

4 Patron of the American Space Program or a back-seater

While Kennedy is seen as something of the father – or at least the patron – of the American Space Program, he was really more of a vocal supporter when the cameras were on, and a back-seater when no one was watching. His own advisors concluded that a manned flight to the moon would be too expensive, complex, and dangerous to consider, and rather than making a judgment call, JFK punted, allowing his veep, L. B. Johnson to decide on which course of action to take. Johnson, knowing that NASA work was great for PR and that it would bring billions to his native Texas, admonished the administration commit to expanded space travel and an eventual moon mission. So when Kennedy said “We choose to go to the moon…” he actually meant “LBJ told me to tell you we choose to go to the moon.” But hey, whatever works, because we went to the goddamn moon just the same.

3 The affairs… we can’t pretend they didn’t happen

While rumors of JFK’s philandering likely outshine his actual dalliances, the fact that JFK cheated on his (damn fine looking) wife plural times is pretty glaring. From aides (Exner) to actresses (Monroe) JFK apparently made time for at least six mistresses in his tragically short life, and there may have been many more.

JFK kind of maybe escalated the Vietnam Conflict in order to hold onto office… sort of. Yes, many political and military minds at the time felt it crucial to stem the tide of communism through direct intervention in Southeast Asia, but consider this Kennedy quote (meant to be off the record) from April of ’63: “We don’t have a prayer of staying in Vietnam. Those people hate us. They are going to throw our butts out of there at any point. But I can’t give up that territory to the communists and get the American people to re-elect me.”

1 President Kennedy was a war hero

President Kennedy was a bona fide war hero who despite being injured when his boat, PT-109, was rammed by a Japanese destroyer, still towed a more badly hurt member of his crew to safety… by swimming with a cord attached to the man’s life jacket in his teeth. That story is awesome enough by itself, but add to it the fact that Kennedy only joined the Navy because the Army had already rejected him due to chronic back problems and you get a sense of the kind of fellow he was. Homeslice wanted to serve, and he made it happen.
JFK was a great public leader and a man of personal faults all at once. He is rightly revered, but also rightly made human. And also he had a funny accent. Going forward, let’s recall all of these things when we remember him.

Take It to 11! the 5 Loudest Things in the Natural World 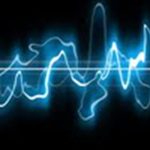 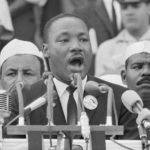