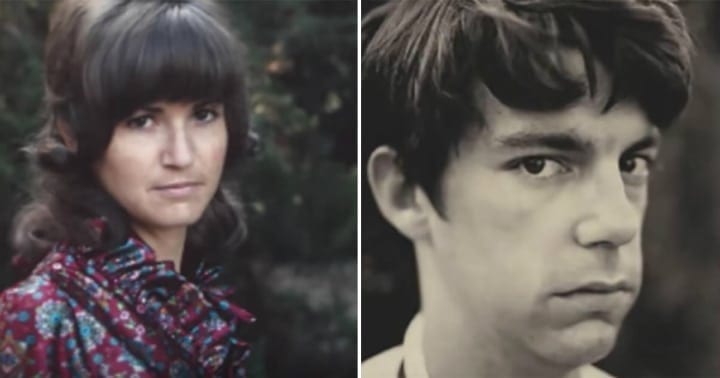 Not many heartbreaks are caused by parents. This woman was forced to choose between a love of a lifetime or her dream education. Decades later, her mother leaves behind a hint of the truth she always knew.

Janice Rude’s nightmare had come true. To most, the decision seemed obvious—go with her head. But she couldn’t stop the ache in her chest. Everything was finally coming together. She had a steady job. She was working her way towards her career. And she had her dream guy. But her father didn’t approve. He was threatening to cut off all financial help towards her tuition. She now had an ultimatum—college or love?

No Stranger to Struggle

Janice Rude was a humble woman. Her father worked every day of his life from morning to night. He knew what hard work meant from running his own very successful diving board company in Reno, Nevada, where Janice was born and raised. She watched her father struggle early on in his career. She realized from a young age that reaching her dreams would take hard work. So, she decided to pursue a career in biology in the Occidental College. But she didn’t expect this hiccup in what seemed like a simple life plan.

Most Important Meal of the Day

Rude’s family business never measured their success by profit. They were well off but not rich. That’s why Rude’s father agreed to pay for only part of her tuition fees. Thankfully, she wasn’t a stranger to chipped nails. She went out and found a job in the cafeteria on campus. This allowed her to make up the rest of her fees and attend classes between shifts. She was tired but the ache to the exhaustion that made her feel accomplished. Nothing could keep her from reaching her goals. Nothing, except one daily visitor.

Distractions interfered with success. Rude knew this. She was already a minority—a woman studying science. The odds of success were already against her. Although her father may not have been rejoiced by her career choice, he was always supportive in life. Ruder never had much interest in men. She saw their glances, but she kept her eyes straight forward. Distractions were bad news. But she wouldn’t keep her eyes off one handsome face.

Eyes on the Goal

Rude woke every morning before her alarm rang. She was always early for work to read her station roster. The cereal bar was her favourite—flakes of corn, bran, wheat, oats, nuts, fruit, yogurt, jams. Her apron and hat were on before the first person came in the door. She usually smiled and greeted every tired or well rested or sad or hungover face that passed. But one passer-by left her speechless, before nearly overflowing his bowl with milk.

“I believe we were simply meant to be. I even remember the first time I laid eyes on Janice.” Prentiss Wilson came from a highly respected family. He followed his father’s footsteps by attending Occidental College and joining the Kappa Sigma fraternity. Wilson’s path was decided before he was born. His parents pushed him to achieve the goals they set for him. He studied law and quickly charmed his way to fraternity president. His plan was right on track. Keeping up with all those expectations required a good breakfast. He didn’t expect a pretty young woman behind the milk to catch his eye. But before long, Rude recognized him from the paper.

Wilson’s name was whispered daily. His actions were bold enough to grab the attention of everyone on campus, including sophomore Rude. When Gene Grigsby was turned away from Kapa Sigma fraternity purely because he was black, Wilson quit. He left Kapa Sigma and set up his own independent group. Their first pledge? Gene Grigsby. Rude, like everyone else, was aware of Wilson’s noble ethics. His decision didn’t impress everyone.

Weeks went by. Rude and Wilson caught glimpses of one another and looked away just as fast. Even though he was yet to pluck up the courage to talk to her, he still showed up every morning. “I just wanted to see her and have our little early morning exchange. I actually didn’t think I had a chance with her. She was a year ahead of me and just so beautiful,” Wilson couldn’t help but reminisce. Rude was looking forward to the pre-Thanksgiving dinner the college held every year for students. She sat patiently, waiting for her trusted visitor. The students turtled in but one person was missing.

No Better Time Than Now

A million fatality scenarios rushed through Rude’s mind. Was he in an accident? Did someone hurt him? Had he dropped out? A friend of Wilson’s put her mind at ease, informing her that he had gone home early. He was 160 miles away in Santa Maria but that didn’t stop Rude. She made the most spontaneous decision of her life and drove three hours to see him. Eventually, at his doorstep, she paused, second-guessing her decision. Before she could change her mind, the door swung open and Wilson was there, staring at her.

From the moment Rude made the first move, she and Wilson became inseparable. And a few weeks later, months after their initial longing stares, he proposed. For a moment, their lives were perfect. Rude had decided that one distraction wouldn’t be so bad and Wilson was already planning their lives together. Their engagement was even announced in the local paper. Her father forced them apart, but her mother saw a spark between her and Wilson and kept the clipping hidden away. It was only decades later, long after her mother’s passing, that Rude found the newspaper clipping. This story had yet to reach its end.

“My father forced us apart the following January by refusing to pay my tuition if I didn’t stop seeing that boy.” Wilson and Rude were devastated. She knew she would never be able to support herself and pay for her tuition. But someone could see their undeniable love. Rude’s mother took out a second mortgage on her home. Were these two destined to be together?

Unfortunately, the efforts of Rude’s mother just weren’t enough. Rude decided to end their whirlwind romance and put her education first. She was heartbroken. Their long chats returned to distant, longing stares. They stayed friendly during their studies but eventually drifted apart, both marrying other people and settling down. But fate wasn’t done with these two.

After graduating, Rude took over the family business and Wilson went on to attend Harvard Law School, eventually becoming a highly respected lawyer. However, she never forgot her first love. “Prentiss and I should have taken his mother’s advice at the time, which was to elope. I became fearful that Prentiss would be attracted to smarter women if I didn’t get a college degree. He did not understand my angst, and so we went our separate ways.” Nearly 50 years after calling off their engagement, both Rude’s and Wilson’s mothers passed away in the space of a few months. At the time, they were both newly divorced.

Rude and Wilson found both their mothers had kept the newspaper clippings. They took it as a sign and reached out to one another. Rude agreed to meet Wilson in a restaurant in San Francisco. After decades apart, the two went on their first date since their youth. She was as nervous as the very first time she had taken a leap of faith and shown up randomly at his home. But a questioned remained—would they hit it off again?

It was as if no time had passed. Sparks flew between the two. Wilson wasn’t going to let her get away this time. He got down on one knee and popped the question after six months of dating. Before she had the chance to change her mind, they married on their college campus, Occidental College. The ceremony was attended by their friends, family, and college classmates. After a lifetime apart, these two finally made it back together. These two really were always destined to be. And no one believed it more than their mothers.