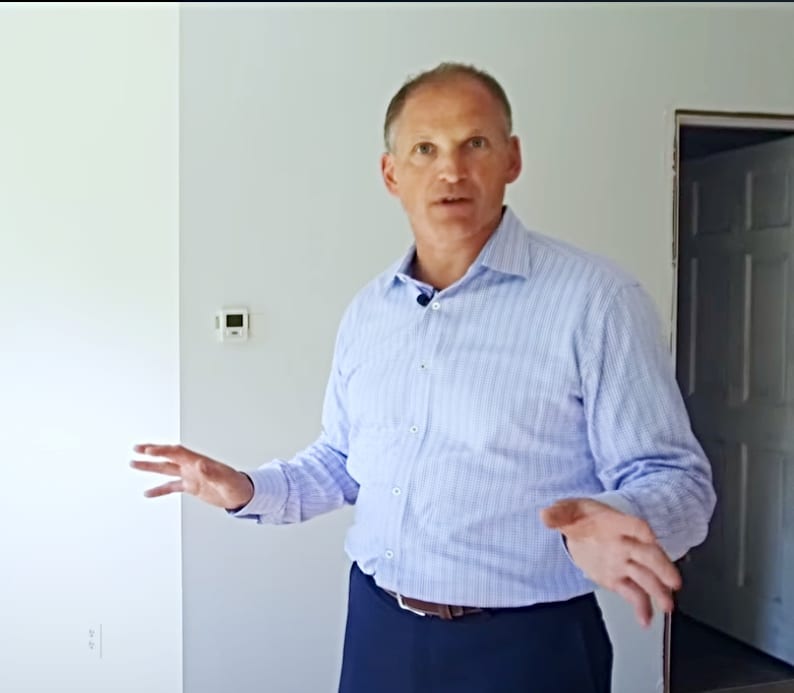 The grew had gathered for their next job. It seemed simple enough, tearing down an old house. As they start to break down the home, something under the white siding catches their eye and they begin to investigate.

Soon they discover a secret from history that had been hidden for all these years.

The town sat on the Prairie D’Ane, an area that was famous for being colonized by the French.

Prescott officially got added to the state register on October 6, 1874. However, there is much more to this piece of land than most people realize. This is something that the demolition crew would soon discover.

As they worked they uncovered a piece of not only Prescott’s history but the nation’s history.

Before the founding of Prescott, the land had been claimed by the French and was called Prairie D’Ane, which translates to “Donkey Meadow.” What made this area so fascinating was that the 20 mile stretch of prairie was located in the middle of an otherwise thick pine forest.

During the civil war, Prairie D’Ane was an important location, especially when Arkansas, which was pro-slavery, seceded from the U.S. and joined the Confederate States of America. During this period, Little Rock was held by the Union so state leaders changed the capital.

For that time, Washington, Arkansas was used as a makeshift capital.

Traveling west from Prairie D’Ane, you’d reach Washington while heading east would lead you to the well-protected city of Camden. Camden served as a headquarters for many of the Confederate troops. Traveling south would lead to the Red River.

Crossing that you’d reach Shreveport and Dallas and other strongholds.

Once the Confederacy lost Little Rock to the Union army, they started to build defensive structures along the road from Prairie D’Ane to Washington. However, there was one major problem with the land.

The sheer size of it meant that it couldn’t be adequately defended.

However, this land lay in the territory between the Union Army and the new Confederate capital of Washington. This meant that if the Union soldiers got through Prairie D’Ane, they would have a straight shot to Washington, the new hub for the Confederates in the area.

The attempt to do that started on April 9, 1864 in what was known as the Battle of Prairie D’Ane.

Just south of Prescott, Union and Confederate soldiers fought for four days over the 20-mile stretch of prairieland. The Union forces eventually won the Battle of Prairie D’Ane and their leader, Frederick Steele, decided to march his troops toward Camden.

They needed supplies, of which they found very little in the fortified city to the prairie’s east.

In the end, Steele decided to take his troops back to their base at the captured city of Little Rock. The journey there resulted in one of the bloodiest fights recorded during the Civil War – the Battle of Jenkins’ Ferry.

Just under a year later, the Confederacy’s General Robert E. Lee would wave the white flag at the Battle of Appomattox Court House. This meant victory went to the Union’s Ulysses S. Grant in both the battle and the Civil War.

That’s because Confederate generals across the country followed their leader and surrendered, too.

Of course, with the end of the Civil War came a new era in U.S. history called Reconstruction. All slaves went free, and the country quite literally had to rebuild after years of conflict. Slowly but surely, the states banded back together to build national unity as a single set of United States.

Although not a major moment in Reconstruction-era developments, Prescott, Arkansas, did receive its official platting in 1873. This meant that the land was mapped or charted with all of its proposed features. In the case of the small city on the Prairie D’Ane, this meant penciling in a train station for the then in-construction Cairo & Fulton Railroad.

The railroad would help Prescott grow into a bustling city. Its original layout featured a grid of 48 blocks split down the middle by the Cairo & Fulton tracks. And local merchants relied on this method of transport to move their products in and out of town, which helped businesses, too.

The Reconstruction era saw Prescott achieving several other important firsts. The city got its own newspaper in 1875, two years after it cut the ribbon on its first post office. In the last year of Reconstruction, 1877, the county seat moved to Prescott, which highlighted the metropolis’s importance to the area.