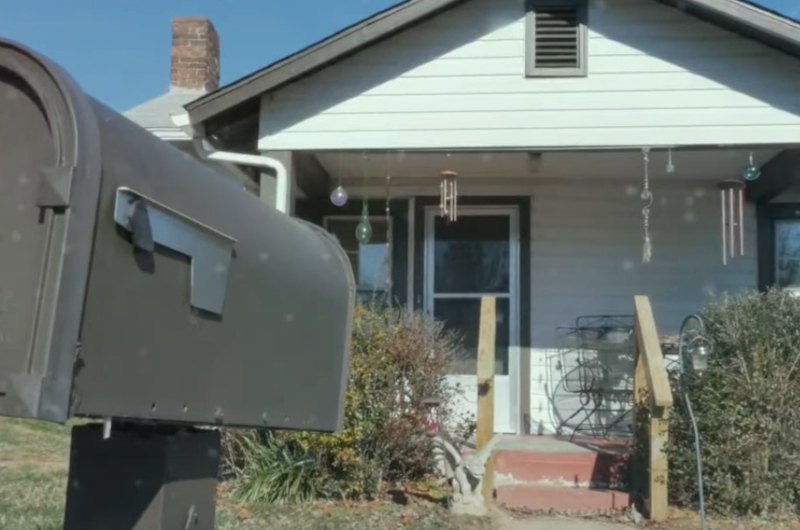 He stared at the anonymous note, wondering how someone could be so blatantly rude, not to mention extremely judgmental.

Whoever wrote this had no idea what was going on behind the peeling white walls. They had no idea of the years of pain. 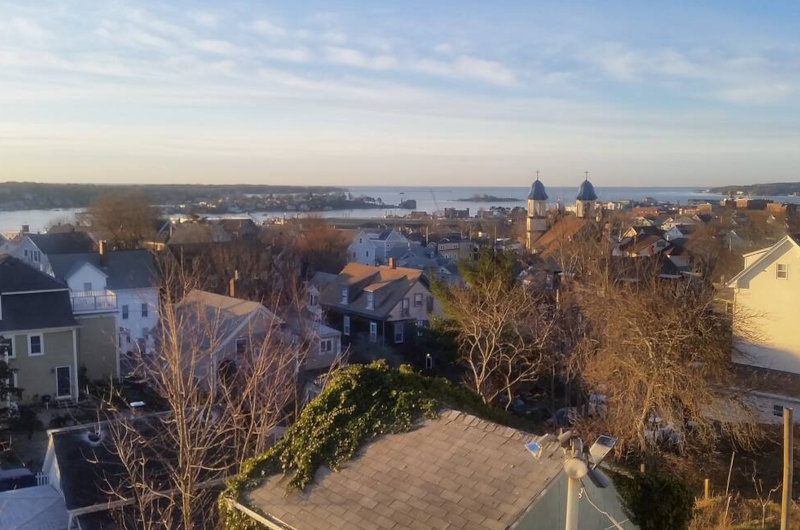 Jimmy Curcuru and his wife Marilyn had called the Portuguese Hill area their home for over 50 years.

Not only had they raised a beautiful family, but they had also owned a small business and been an integral part of the Gloucester, Massachusetts community for as long as anyone could remember. But the good times didn’t last. 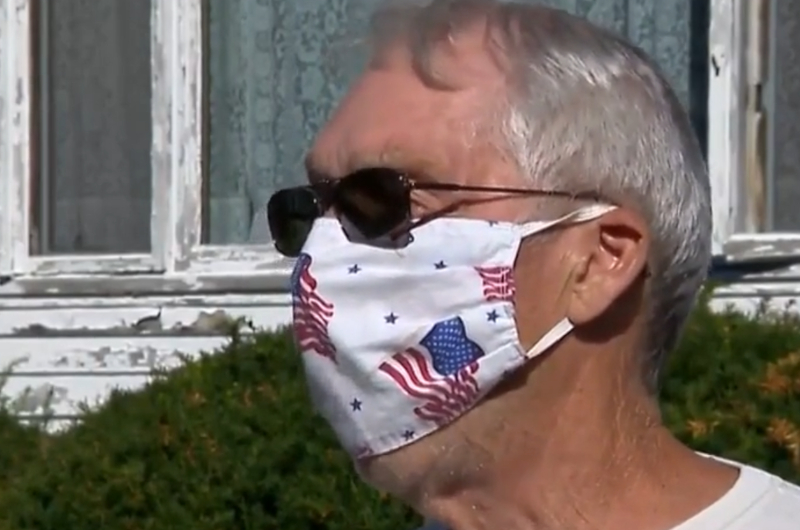 It started when Marilyn was diagnosed with multiple sclerosis.

He and his wife cried in each other’s arms when they first got the news. They knew it would be a hard road ahead. Jimmy watched, helplessly, as the love of his life was confined to an electric wheelchair. This lasted for decades until the next big hit came. 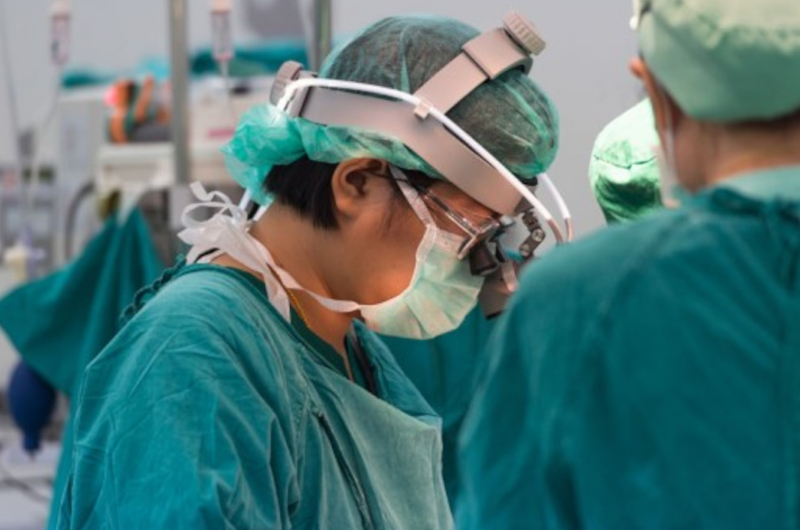 It was like fate wanted to dump every misfortune on their shoulders until it broke them down.

Jimmy remembered feeling like the world was ending as he was wheeled in for quadruple bypass surgery in 2006. More than anything he was terrified for his wife. 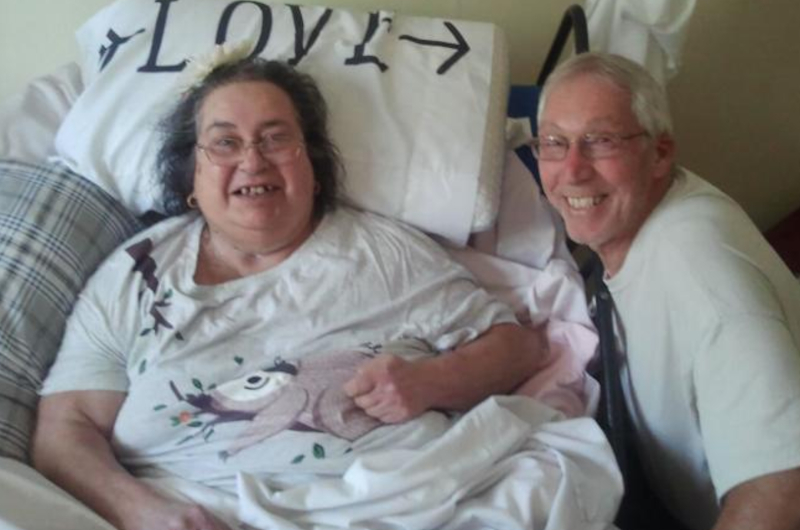 Over the last 4 years, she had been confined to the bed – her body finally taking away the last shred of freedom.

It got so bad that their eldest daughter had to quit her job and move in to be a full-time caregiver for her mother. But that was just the tip of the iceberg. 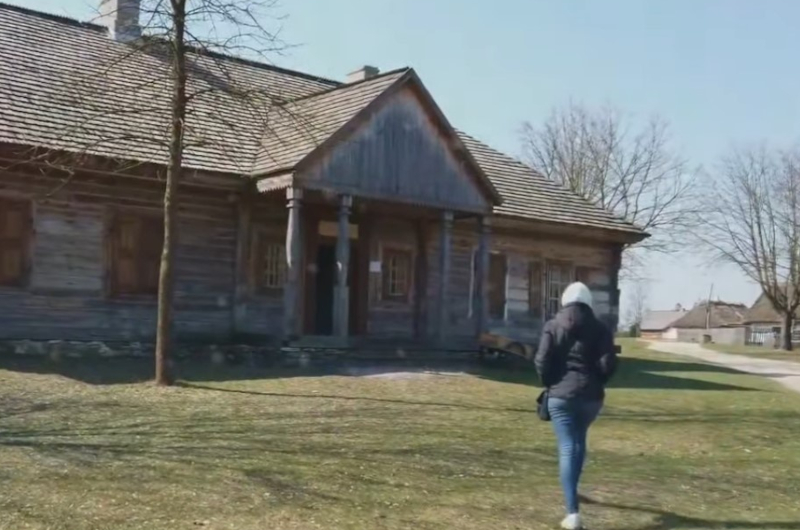 Jimmy had to permanently close his framing business because of the surgery.

But there were still bills hanging over their heads every day, so he was forced to take a part-time job at a hardware store. That didn’t last long after another health scare appeared. 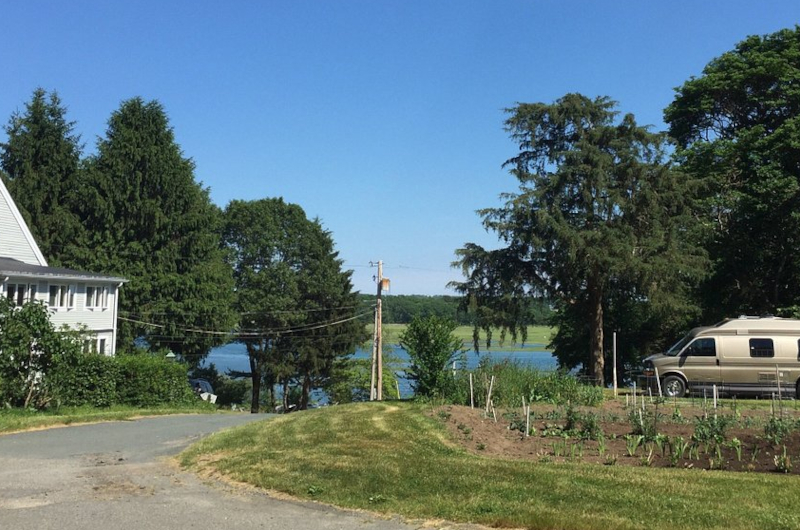 After everything they had already gone through, Jimmy developed kidney issues.

Combined with the rise of Covid and a strong recommendation from his doctor, he had no choice but to quit and go into forced retirement. To anyone else, it would sound like a much-needed vacation. To him it was like a jail sentence. 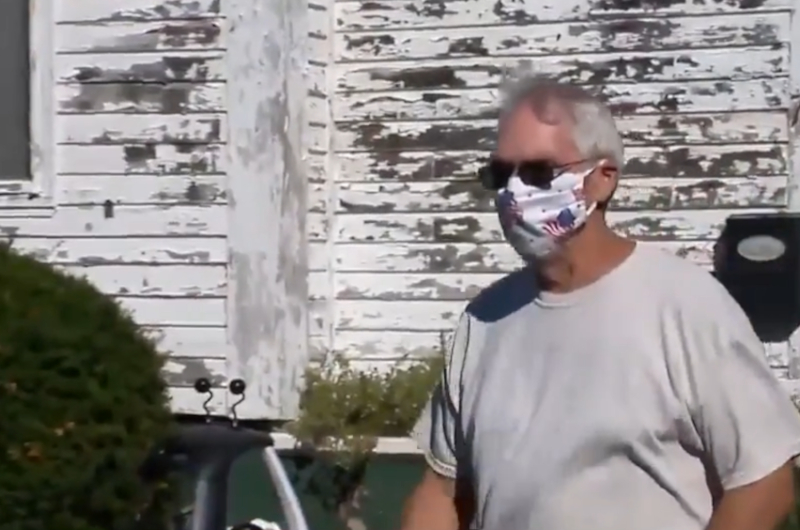 It wasn’t a sentence to stay home with his beloved wife.

But with his newly limited mobility, and advanced age, he wasn’t able to putter around the house like he had dreamed. Going up on a ladder was out of the question and anything too labor-intensive would be dangerous for his body. So, when the insulting note appeared in their mailbox, he saw only red. 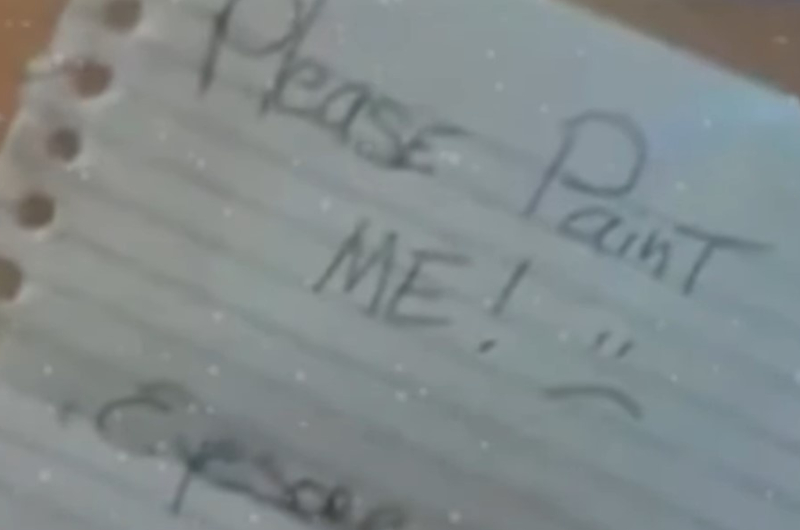 “Please paint me! Eyesore. Your neighbors, thanks!”

Seven little words jumped off the scrap of paper and slapped him in the face. It wasn’t like he was unaware their home was faded and chipped, but there was no way he could afford to pay someone to fix all their home issues. There was also another glaring problem. 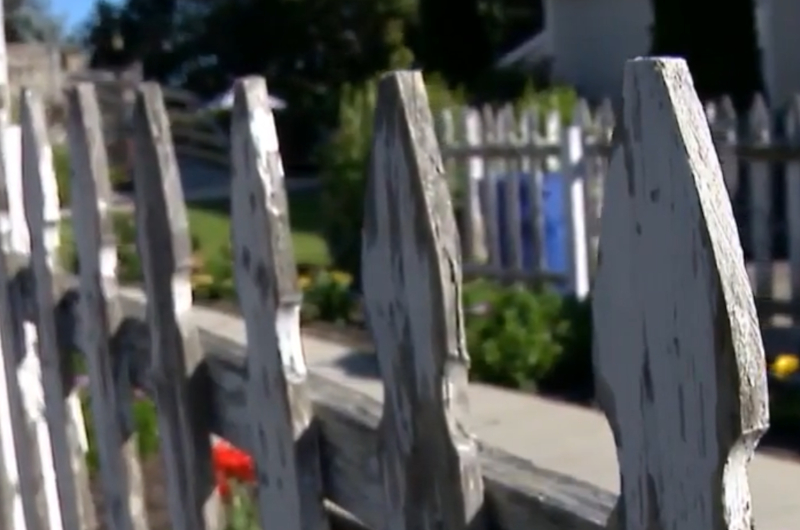 Jimmy knew without a doubt that his immediate neighbors would never do something like this.

They knew far too well the struggles his family was going through. This meant that someone that didn’t even live in the area had taken the coward’s route and left the judgmental note! But it was his daughter that was the most outraged. 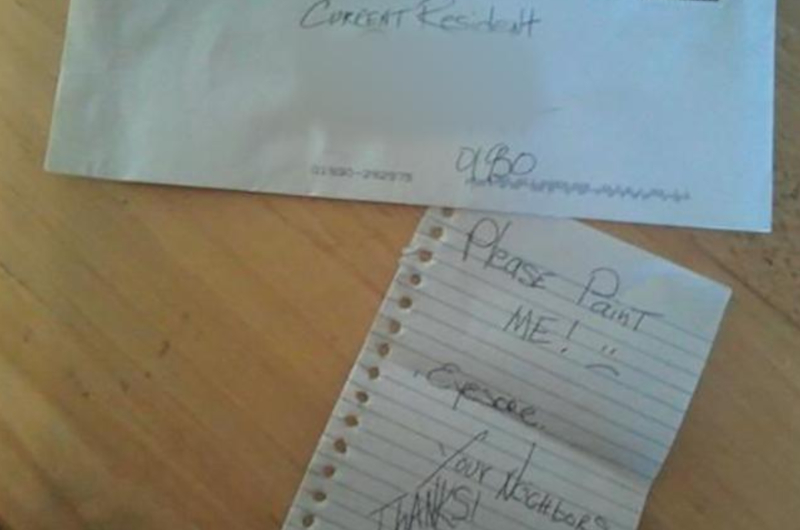 She immediately went to social media to post the note and her own feelings.

“To my concerned neighbor, thank you for letting me know my house needs to be painted. Guess what? I know. I’ve been working on it for almost four years,” she wrote. 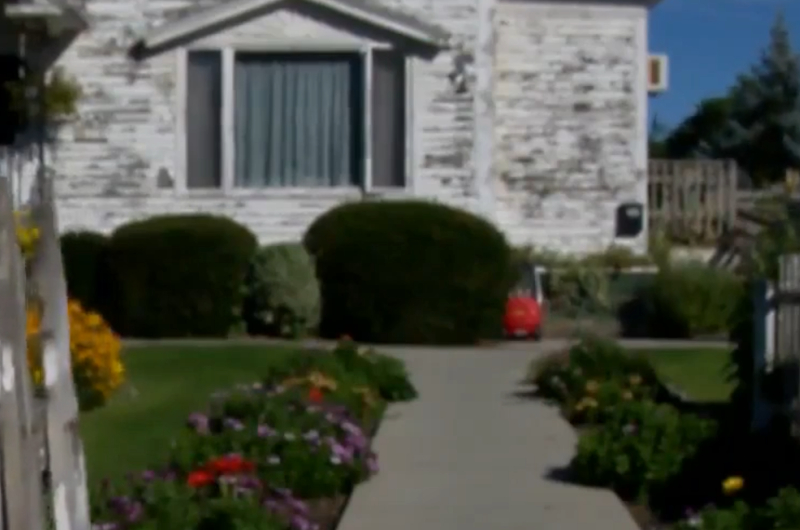 “I myself always drive by houses that look like mine and wonder what’s up in their lives.”

“I don’t judge them not knowing what they may be going through.” It was also unbelievable because not only did the person not put their name, but they also seemed oblivious to the fact that the surrounding gardens were immaculate! 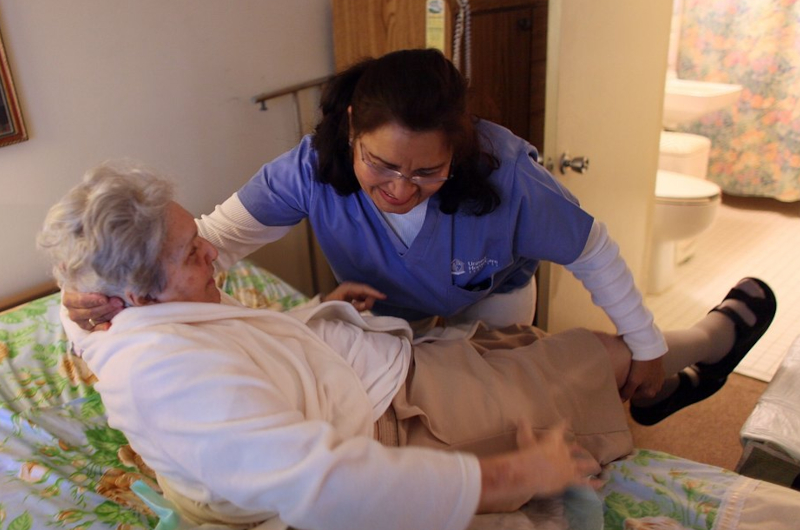 It was the only thing Jimmy could care for anymore.

And his daughter spent all day taking care of his wife and the inside of the house So, when a pristine garden sits around a crumbling house, it baffled him how some stranger could be so rude. Why not knock on their door and see how they could help?! 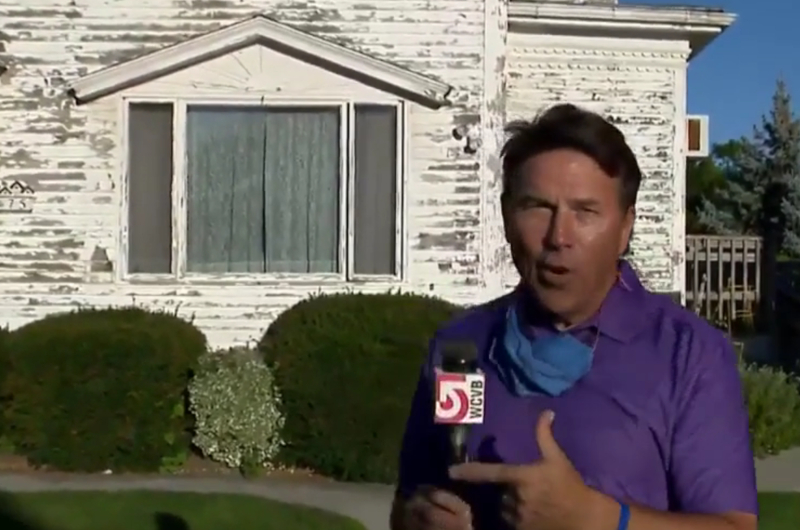 Their friends and family were just as insulted.

But instead of embracing their rage, Jimmy watched in awe as his community decided to go in a different direction – they were going to take this negative and turn it into a blessing. It started with a simple Go Fund Me page. 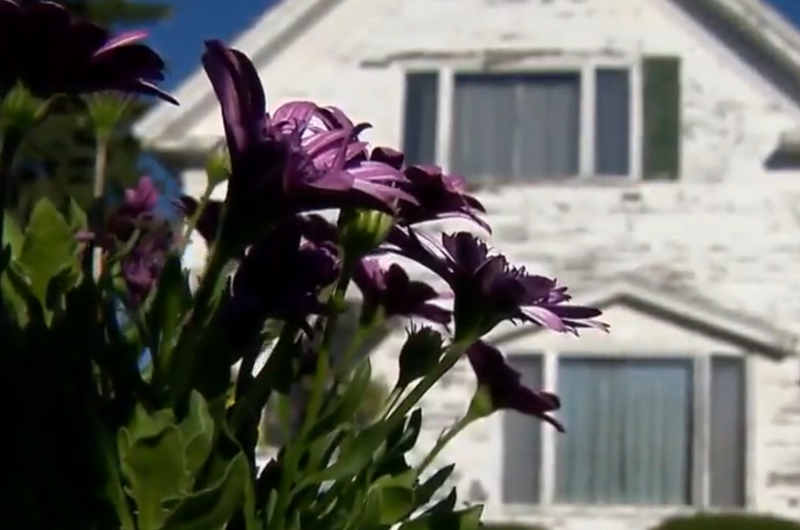 The weeks trickled by and the Curcuru’s felt their anger melt away.

It was replaced with an unbelievable outpouring of support. He felt the tears trickle down his cheeks and gratitude swell in his heart when he saw the final number of $43,000 from over 650 donors around the world! But that wasn’t all. 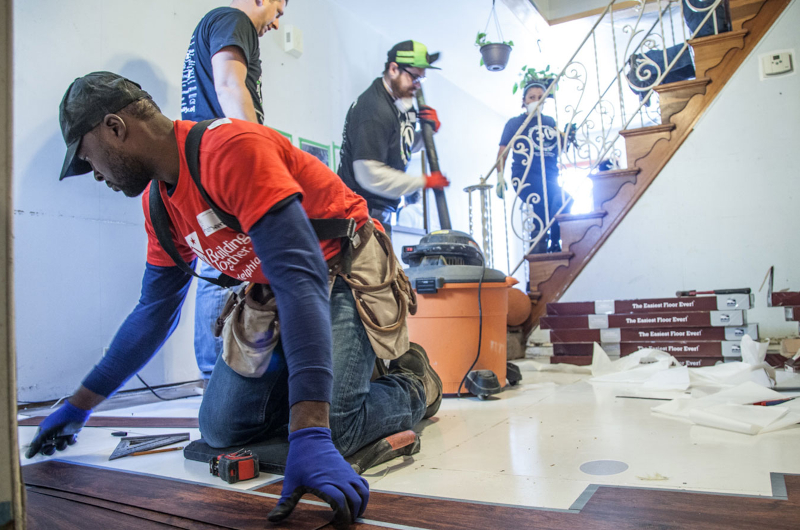 The money wasn’t just going to give them the badly-needed face lift to the exterior, it would help them fix all the problems with their house and property – including fixing the driveway and ramp if they needed to take his wife out for emergencies or hospital visits.

The kind messages that came with the donations were also out of this world. 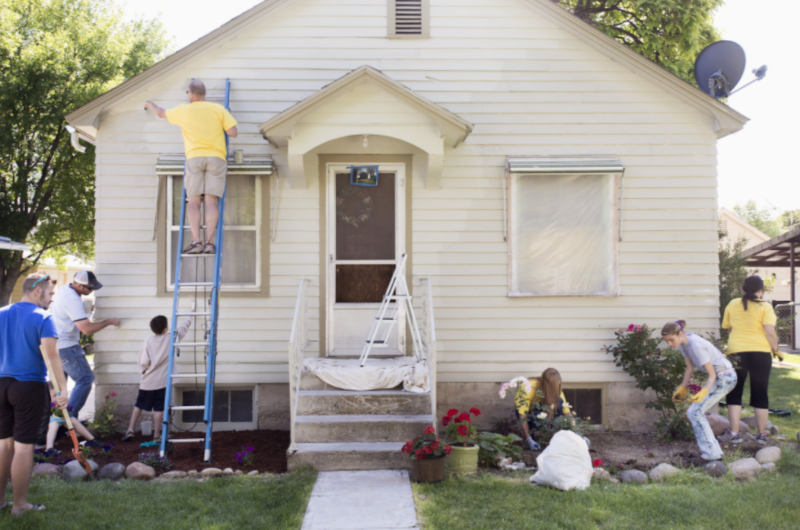 Some people donated because they knew Jimmy and his family, as well as everything they had gone through.

Some gave because they wanted to counter the negative note with an outreach of positivity. Many international donors gave money because they knew the hardships of multiple sclerosis. As the avalanche of kindness came in, he knew exactly what to do next. 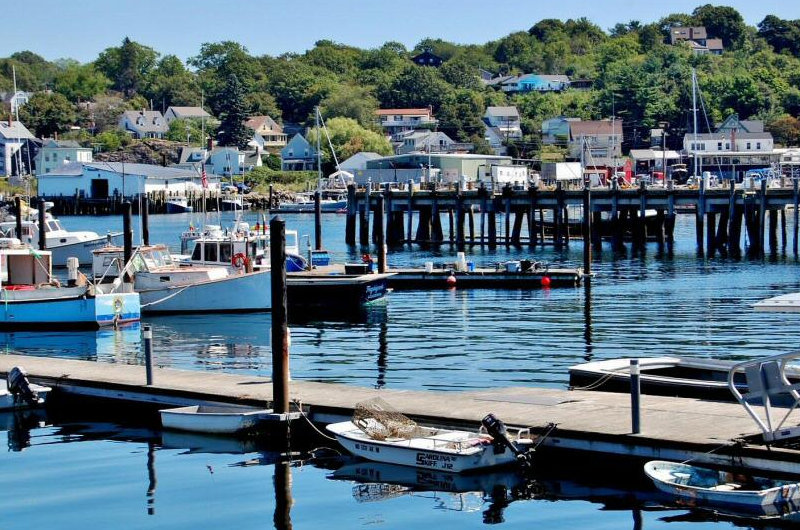 “It’s very emotional for me to talk about it.

For everybody who put money in, who sent us checks, we’re going to send a thank you note to every one of them. There are no words for me to say…to thank them properly for what they’re doing,” Jimmy said. 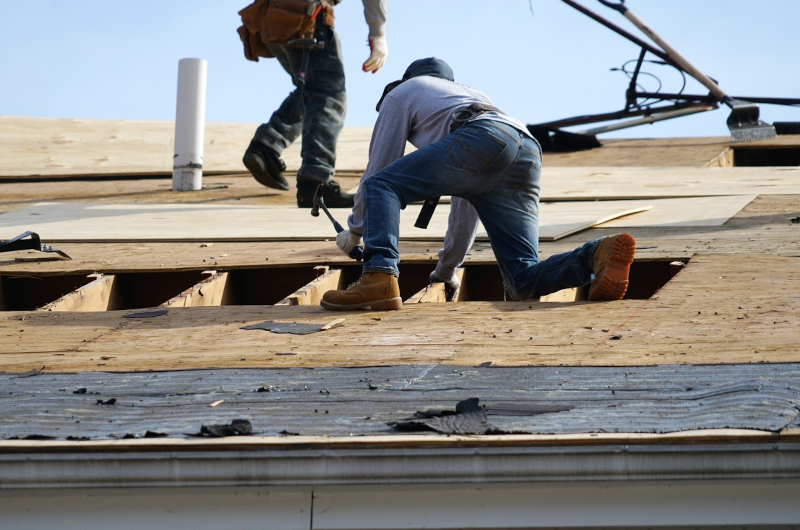 It wasn’t only about new siding and proper windows or the desperate fix in the crumbling roof.

It was about their community. Over the decades, Jimmy had happily given so much to those around them and to his family. His daughter had given up everything to care for her mother. 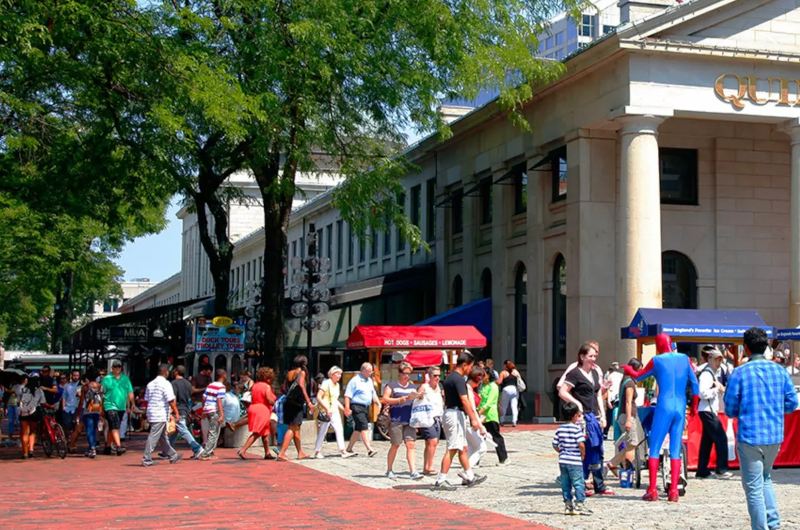 Life had been struggle after struggle.

Then, when they needed it the most, the world showed kindness. It might have sounded cliché, but it had renewed his hope in humanity – in the world. He was so proud of where he lived.