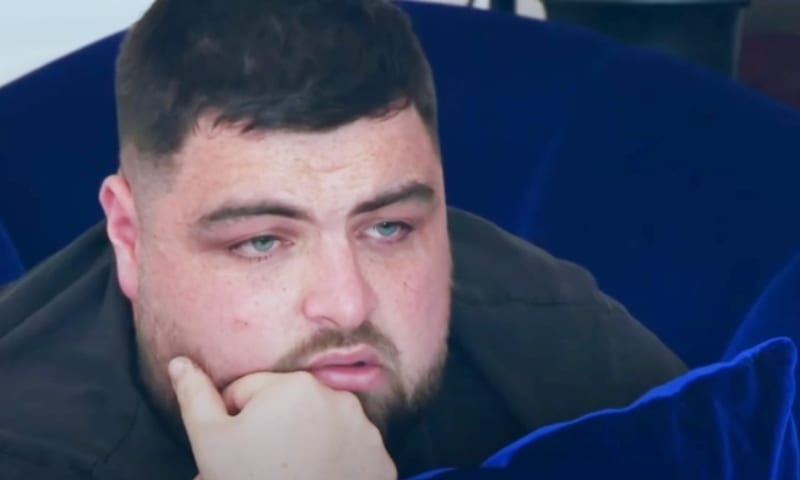 She knew mother-in-laws could be protective of their sons and that it often took a while for that particular relationship to blossom.

But after seeing how much this unhinged mom wanted to keep her son for herself when she walked into the bedroom, this budding bride decided she couldn’t marry into this family at all.

One Reddit poster was over the moon when the love of her life got down on one knee and proposed. Everything was perfect. The ring was beautiful, yet understated.

But while she was busy planning their big day, shopping for her wedding dress and dreaming of their future together, the woman discovered there were more than two people in the relationship.

Controlling mothers are common problems for daughter-in-laws, and this newly engaged woman wasn’t the type to let family differences rain on her parade.

But as she observed the downright bizarre relationship between her husband-to-be and his mom, the woman couldn’t bite her tongue.

On top of some things she didn’t quite know how to bring up with her fiancé, the woman was encountering some direct problems with her future mother-in-law when the interfering old bag dismissed the couple’s dream wedding destination in Colombia because “no one speaks English” there, before pushing for them to have the nuptials closer to home.

But she never imagined the real reason why.

Changing her wedding venue was the least of her worries when she saw the man she was set to marry spending more time with his mother. “She’ll do things like sit on my fiancé’s lap, or tuck his hair behind his ear, and cut his food for him,” she wrote. “On one occasion, I actually saw her feed him in public.”

But that wasn’t the half of it.

After confronting her man, the concerned woman was relieved to see the behavior stop. She was finally happy again, having found the perfect Galia Lahiav dress and getting a great deal on their first home. Everything was going according to plan.

After being invited to see the happy couple’s new home, the mother-in-law was quick to dig her claws in again. She blasted her extravagant engagement ring as “over the top”, adding that “children starving in Africa die for these rocks,” even though the ring was a faux diamond.

The moaning mom then branded their home an “extravagant display of wealth” and to top it off, attacked the bride-to-be for being overweight – an insult that would come back to bite her as events unfolded.

In order to diffuse the situation, the woman’s fiancé stepped in to break it up by reminding her of the furniture that needed to be put together in the other room. Grateful for the breather, the stressed-out woman obliged and left the mom to further inspect the house on her own.

After half an hour of the pleasantly distracting task, the woman needed a bathroom break so headed for the en-suite in her bedroom.

The woman considered using the downstairs bathroom as she normally would, but the thought of receiving another onslaught of criticism from the vile mother-in-law had her quickly spinning 180 degrees in the corridor. Plus, she wanted another look at the dress she and her sisters had picked out together.

However, what she saw when she walked into her bedroom was enough to make her call the whole wedding off for good.

Standing there trying to pull the designer wedding dress over her head, the mother-in-law hadn’t noticed her son’s betrothed walk in. “Oh my God, Oh my God, Oh my God…!” the mother screamed, bursting the side zipper of the dress and treading a dirty footprint on the train.

As her dress lay on the floor ruined, the shaken woman turned her gaze to the bed.

“There was a bouquet of dried flowers on the bed that wasn’t there before,” she wrote. “I think she was actually trying to pretend she was the bride – which is wrong for so many reasons.”

Did the mother just lose herself and feel like she wanted a bit of glamour? Or did her previous behavior mean she actually dreamed of marrying her own son?

With the dress ruined, the couple decided to call off the wedding – although they remained together under the condition that there be no contact with the dress destroyer. The mother refused to pay for the damage and even found the nerve to criticize them again for buying such an expensive dress.

Can you imagine a more distressing series of events on the lead up to your wedding day?