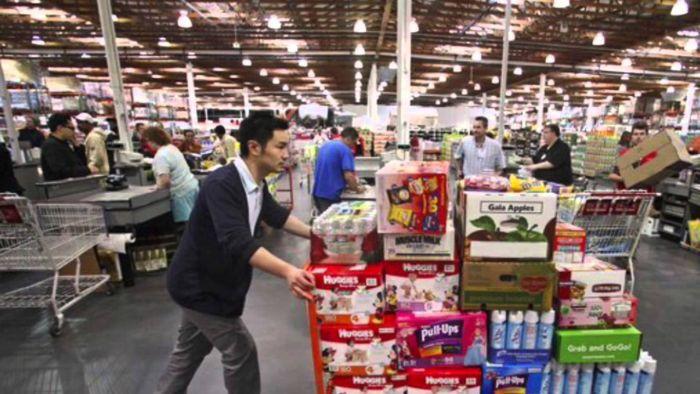 Not So Costco After all

Even if it seems that Costco can save us a lot of money in a lot of departments, that doesn’t mean that they are the cheapest when it comes to everything.

Here are some things that Costco definitely isn’t the best place to buy them from. Trust us, it’s worth the extra travel to get some things at another store.

Why would you want to buy skin creams in bulk? It’ll just end up expiring and then you’ll need to buy more. You’d literally have to rub the cream over your entire body to get through the amount you buy at Costco.

Rather look elsewhere for items like this, it looks cheap at first, but ends up more expensive in the long run.

Be careful when buying things in bulk. It may appear cheaper when you look at the size but they’re trying to fool you. Think about if you need that much of one item or if you’re only buying more because it seems cheaper.

So next time you see something you love don’t get roped into buying a lot of it. You may get sick of it almost instantly.

Costco never changes their prices, which can be a good and a bad thing. In this case, it’s way better to shop at other stores whenever something is in season.

Produce in season is much cheaper at stores. But Costco doesn’t abide by those rules, they’re always the same price.

Costco may have great deals when it comes to office supplies. But you should check your emails for offers from office supply stores.

They can sometimes offer you incredible offers where you’ll get free paper a few times every year. That sounds way more worth it to us.

Costco may have cheaper paper towels and tissues in general. But keep your eye out for deals in normal stores.

When stores have specials on paper towels, which they often do, they will be much cheaper than Costco. This will save you a couple of bucks.

When it comes to dairy products, we’ve already spoken about not buying in bulk, it’ll spoil long before you can use it all. Although there is a more important thing to this.

But more importantly, buying it gallon by gallon is usually cheaper and will make sure that you don’t cry over spoiled milk. So just buy milk one gallon at a time and don’t let it go to waste.

Costco may sell everything, but they don’t specialize in any one thing. Especially when it comes to electronics.

If you’re looking to buy TVs or computers, rather look for electronics stores. They get a better deal than Costco and will give you one too!

If you’re going to buy diapers, we know that it’s convenient to buy them while you’re out at Costco getting other things. But honestly, rather don’t buy it, you won’t save money.

If you buy one of the generic brands at Target and Walmart you’ll really save a bit. And that money can really add up if you need to find ways to save money.

They don’t work as well after about six months, so you’re better off buying smaller bottles. Remember bigger is not always better.

Again, they go bad after about six months. If you think you can use a gallon of Mayo in six months, go ahead and take your best shot.

They might be cheaper, but they’re lower in quality too. You’ll have new clothes, but you’ll need to go again after a couple of months when those clothes are already worn out.

Usually Amazon has better deals, up to 20% cheaper prices than Costco. Costco does have good DVD packages, but they often come with a hefty price tag.

It’s cheaper at the grocery store when it’s on sale. Also, once you open cereal, it can go stale fairly quickly, so getting a smaller box may be a better idea.

Wait for a sale at the grocery store and save up to 40%. Costco prices do not vary often.

Vegetable oil and olive oil are often assumed to have long shelf lives, but they’re good for only three to five months after opening, according to the USDA. The enormous containers of oil sold at warehouse stores might be suitable for restaurant use, but a single household isn’t likely to use enough to get its money’s worth.

Bins of chocolate-covered pretzels and jelly beans may be a good buy based on unit price but can take a toll on your waistline.

Buying smaller sizes is a smart money move, since beauty products start to break down once opened. “Unopened, well-formulated cosmetics can remain stable for a couple of years at room temperature,” says Ni’Kita Wilson, a cosmetic chemist at Cosmetech Laboratories, told Good Housekeeping.

“But the clock starts once you bring a product home and open it. When air hits the formula, certain ingredients start to oxidize and degrade.”

When it comes to feminine hygiene products, Costco is usually not your best option. For example, Costco currently has Always Pantiliner Xtra Protection Long Dailies (160ct) for $9.99 and Amazon has the same exact product for $7.55.

Due to limited colors, thread counts, sizes, and a higher price point, Costco is not the best place to shop for bed sheets, comforters, and towels. Compared to Costco, you can typically save 30-40% more by shopping for these items at TJ Maxx, Ross, and Marshalls.