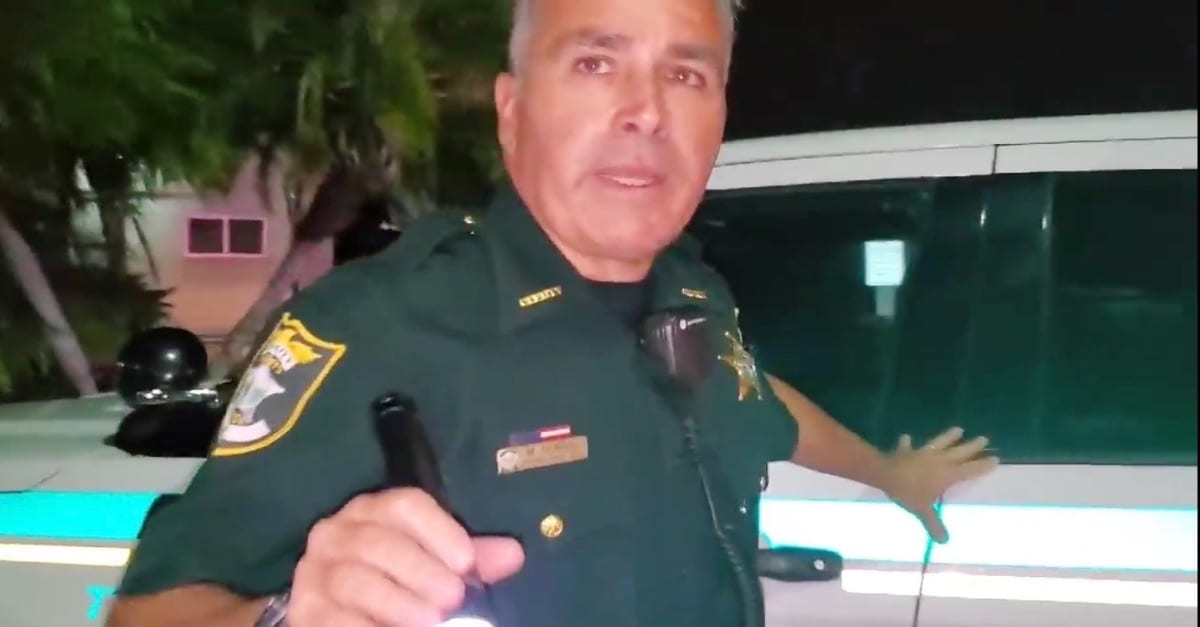 Deputy Garrison of the Highlands County Sheriff’s Office was involved in what seemed like a routine traffic stop. When he approached the car, he realized that the woman he had stopped was on the phone.

That’s when he heard something that made him take quick and decisive action.

Sadly, police have developed a relatively bad reputation due to things like misuse of power, police brutality, and corruption. Most people think of police as just wanting to issue speeding tickets.

However, Deputy John Garrison has proved just the opposite.

He motioned for the woman to turn down her window.

“It looked like she was panicking so I asked her, ‘Are you having a medical emergency? Is everything OK?’ She said ‘yes’ and then explained that she had Amazon on the phone,” Garrison recalled.

However, Garrison realized that something was very wrong.

According to her story, the woman was heading to Walgreens to buy a $200 Amazon gift card. There was a disputed charge on her Amazon account and she was trying to sort it out. However, when he heard what was going on, Deputy Garrison got suspicious.

That’s when he jumped into action.

The woman had been informed that there was a $2000 charge on her account. She was on the phone trying to sort it out when she was instructed to buy a $200 Amazon gift card. The caller told her to get a block code which was only available if she bought a $200 card.

The woman also told him that according to the caller, she would get the $200 back too. Garrison listened to her explanation and knew he had to do something immediately. Once the woman explained the situation Deputy Garrison grabbed the phone from her.

She wasn’t prepared for what he did next.

Garrison immediately gets into the car and poses as the woman’s son. He gets the same instructions, then the caller says: “Just let them know it is for your personal use…don’t say anything [like] it is for Amazon or anything…otherwise…your money will get wasted.”

That’s when Garrison reveals the truth.

In the video recorded by his vehicle’s dashcam, Garrison can be heard saying: “This is Deputy Garrison. I work for the Highlands County Sheriff’s Office. I actually pulled her over for speeding and intercepted your scam.”

The scammer, however, wasn’t going to give up that easily though.

That’s when Garrison hung up the phone and explained the scam to the woman.

The woman thanked the deputy for his help. Garrison has confirmed that not only has he been in contact with the woman, but he also plans to speak to the community to help protect them from this scam.

As for the speeding ticket, Garrison decided it was best to just give her a warning, all things considered.