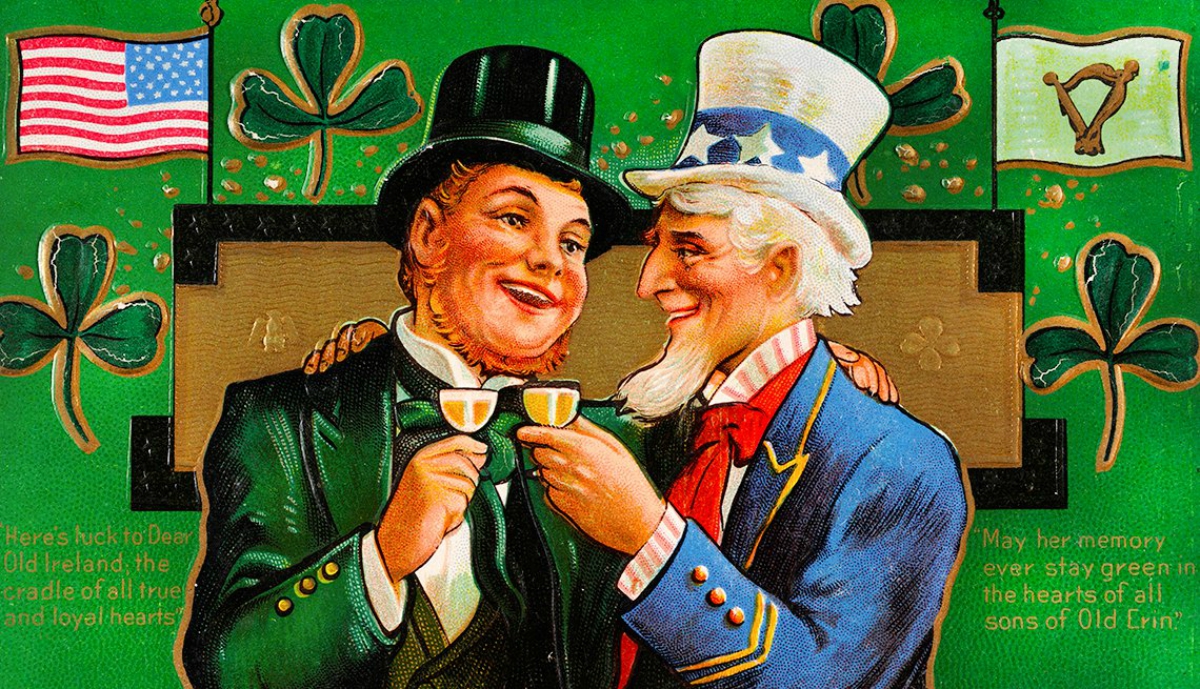 St. Patrick’s Day, the day so many adults excitedly wake up to with two things on their mind: dusting off a green article of clothing and drinking green beer (maybe a shot or two of Irish whiskey, too). Besides that, many party-goers know the feast day is celebrated every year on March 17 and marks the yearly anniversary of Saint Patrick’s death. They also have a vague understanding that their day of drinking honors the spread of Christianity to Ireland, but these facts and traditions only skim the surface of St. Patrick’s Day history.

This year, do St. Paddy and your friends a favor by immersing yourself even deeper in the cultural and religious holiday with some interesting little-known facts. Your did-you-knows at your favorite Irish pub will be so impressive you might just be rewarded with a free Guinness (yum).

Starting off the list, did you know the Apostle of Ireland was actually not Irish? Neither of his parents were Irish, and Patrick was not born in Ireland, either. Instead, Patrick was born in England, which, at the time, was part of the Roman Empire. The island had been taken over by none other than Julius Caesar. Why did the great Julius Caesar invade Britain? Well, even though he told his people there was silver in the new land, it was more likely that the Roman general was led more by his ego than anything else.

Thus, St. Paddy was the son of two Roman citizens. So then why the connection to Ireland? Patience, friends. That’s up next!

That’s right, folks. Not only was Paddy not Irish but he was actually not known as Patrick. The name change did not happen until many, many years later. He was born as Maewyn Succat. In his 16th year, Maewyn was kidnapped by Irish pirates (the Romans were long gone to protect Rome).

And this is how he came to be acquainted with Ireland. Right away, Maewyn was sold to a Druid chief. He spent six years of his life living on a chilly mountain as an enslaved sheep herder. But Maewyn seemed to use this time not just to master the art of herding techniques — he did much self-reflection and grew to be a devout Christian.

Legend has it that after six years as a prisoner, Maewyn heard a voice in a dream, urging him to escape. And bam! that’s exactly what he did. But that dream-voice stayed with him even when he was in Britain. It made him adopt the new name we all know and love (well, almost): Patricius. Patrick left to Ireland again, this time as a free man. The rest is history.

3.) Wear Blue Instead of Green To Be Traditional

Dan Pelle for The Spokesman-Review

There are few things more cringe-worthy than walking into the outside world on St.Patrick’s day not wearing green. It’s a moment so many of us have that truly makes us empathize with Homer’s trademark d’oh! But if on March 17 you do find yourself with not a wee bit of green in your wardrobe, keep calm and call yourself a real St. Patrick’s Day enthusiast because blue — not green — was the first color associated with the holiday.

That’s right. So puff your chest out whilst walking in plain ol’ blue jeans, because you’re the one who got it right. When your friends go in for the dreadful pinch, smugly tell them the earliest depictions of Patrick show him in blue robes. The official color of the Order of St. Patrick itself is even called “St. Patrick’s Blue.” Tell your friends the only reason the average person wears green on this holiday is because of Ireland’s rebellion against England in the late 18th to the 20th century. They got rid of the blue associated with it and embraced green. You not wearing green is your own similar rebellion (you go, you). Maybe you should be the one pinching them?

St. Patrick’s Day had historically been celebrated as a purely religious holiday. For the Irish, it was a national holiday that landed smack in the middle of Lent. Rationally, pubs were closed on this day to avoid “sinful” behavior on an especially somber (COUGH, sober) day. If you’d like to imagine what your favorite reason to drink was like during this penitent time, simply replace your favorite bar and drink with a bright early morning mass. But, hey! Those pre-party vibes we all know and love were still brewing: singing and dancing with your relatives after church was still allowed. It was not until 1960 that Ireland decided to officially allow bars to stay open on St. Paddy’s Day. Hooray! Not that singing and dancing with your mom and pops isn’t fun, but there’s nothing better than merrily drinking, especially when you really shouldn’t be.

The same country responsible for Walmart, biker mustaches and the acceptance of Paula Deen’s over-the-top buttery concoctions is also responsible for the awesomeness of St. Patrick’s Day. Okay, not entirely true: St. Paddy’s would be a helluva celebration without America, but the U.S. did have a major impact on the party vibes we’ve all come to expect.

Beforethe ’60s, March 17 was a relatively quiet day in Ireland. Around this same time, Britain and Ireland were in political conflict, so the holiday was almost non-existent to the British. Many were only clued in to the holiday cheer from the odd news story about celebrations in the U.S.

Out of St. Patrick’s Day history, it is pretty neat to note how hard ‘Merica celebrated St. Paddy right from the start. The first recorded parade was in 1766 in New York after all. Essentially, the day came to be a reason for Irish-Americans to celebrate their heritage. And, boy, did they celebrate. Parades grew larger, rivers were dyed green, and lots and lots of drinking was done. These traditions have become the staple for every country. Why? Because ‘Merica.

What was your favorite St. Patrick’s Day history tidbit? Tell us below in the comments!

Take this valuable holiday knowledge and see how far it’ll take you on our St. Patrick’s Day quiz!