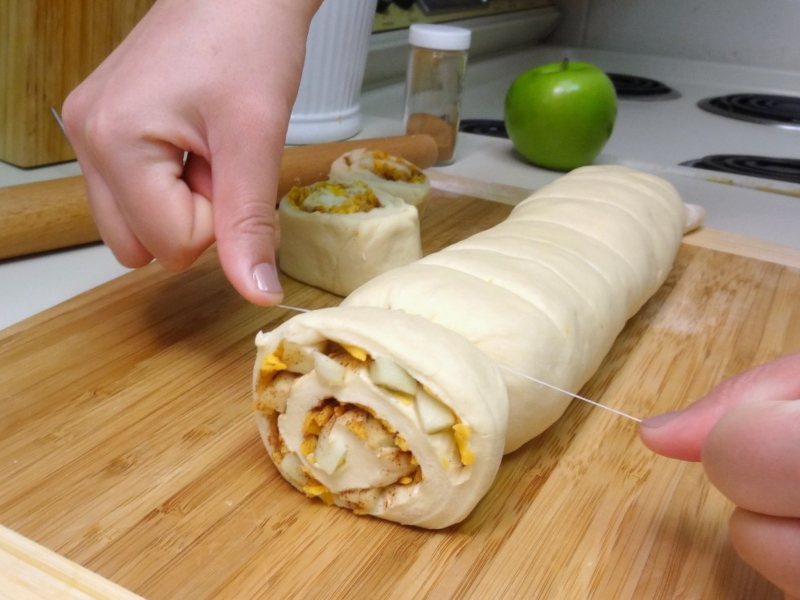 A Sea Of Knowledge

When it comes to cooking, there are so many different ways to tackle the same dish or technique.

Some tricks have been passed down for generations or are closely held secrets by professional chefs. Here are a few that will help anyone, no matter their level or knowledge.

There’s nothing worse than buying a lovely pack of fresh herbs only to see them go bad because you can’t use them fast enough.

Well, the good news is all you have to do is cut them up and add them to an ice cube tray, add olive oil, and then freeze them. That way, you’ll have a herb-oil that’s ready to go.

But all you have to do is put it in the fridge for a few hours, or even an ice water bath, and the shell will come off so quick. Some grandmas have also said using a spoon helps a bunch as well.

If you love durian, but hate getting the flesh out, there’s an easy trick.

All you have to do is cut out the inner core then drape the shell over a big bowl and let it turn inside out. Then, just pick off the fruit. The same idea works well with mangos.

It’s an old trick but a good one.

If there are some walnuts that need cracking, just take two in your palm, and squeeze them together, they’ll snap in half so easily. This also works well with whole pecans. Bad news? It doesn’t worth with every kind of nut.

For anyone who hasn’t really worked with garlic (at least the kind that doesn’t come in a shaker), the instinct is to take off each piece and peel it by hand.

Forget this way! Just cut the head in half and then smash it wit the flat side of a knife. The bulbs will break off and pop right out of their skins – no mess, no hassle.

You see the perfectly sliced veggies and fruit on television. It’s like the chefs are wizards with their knives.

Any while most of them are talented and can slice a tomato with zero problems, many professional chefs say it’s a waste of time when you have to do big batches. They swear by mandolins. It’s not cheating if they can use them!

Yes, it’s the age-old problem of crying while cutting onions.

While there are so many pieces of advice out there, there’s only really two that are a sure fix. It all comes down to cold. Either pop them in the freezer for 10 minutes or sink them in an ice bath. Voila! Tearless onions.

Yes, table salt has its place. However, if you want to elevate your dish to restaurant standards, there’s a super simple trick.

Get yourself some high-quality course salt to finish the dish. Also, experiment with various flavored salts (like herbs or smoked) and see what amazing things can happen.

Ever try to grate some cheddar over a pizza or other dish, but it just ends up a squishy mess in your hands?

Just pop it in the freezer for 10 minutes or so and it will come out hard as a rock. Grating it will never be easier. Bonus tip – shred cold butter on the same grater to make it melt faster.

Grandmas around the world use this one.

If things get messy while using an electric mixer, just drape a towel around the bowl. Or, if you want to get super DIY, take a paper plate, cut out a hole in the center (enough to get the beaters through), hold it down, and the mix away.

Peeling tomatoes is a hit-or-miss skill because it’s not really something people encounter until they get to higher-level recipes.

The trick, however, is simple. If the recipe calls for skinless tomatoes, blanche them in boiling water until their skins crack, then put them in ice water to stop the cooking process. While they’re cooling, get peeling.

Woks are amazing cooking tools. In most Asian household, that’s all you really need.

But for anyone who’s used them and wondered why the food gets all soggy, there’s some bad news. Woks need high heat to work. And it really comes down to having a stove that works with fire. Anything else just won’t get hot enough.

When pasta is on the evening’s menu, don’t toss out all the water after the pasta is done.

Save a couple ladle’s worth to put into the sauce. It will make things so much richer, thicker, and creamier. If you added salt during cooking, it will add an additional punch.

Don’t store your potatoes and onions close together!

Why? Because they both let out a gas that makes ripening so much faster. Other ethylene-sensitive produce includes broccoli, unripe bananas, okra, and watermelon.

Did you know that you can cook eggs over a fire?

There are so many places outside of North America that use this method. Also, it’s a handy camping trick. However, make sure there’s a hole somewhere (that the egg won’t leak out) otherwise it will explode all over the place.