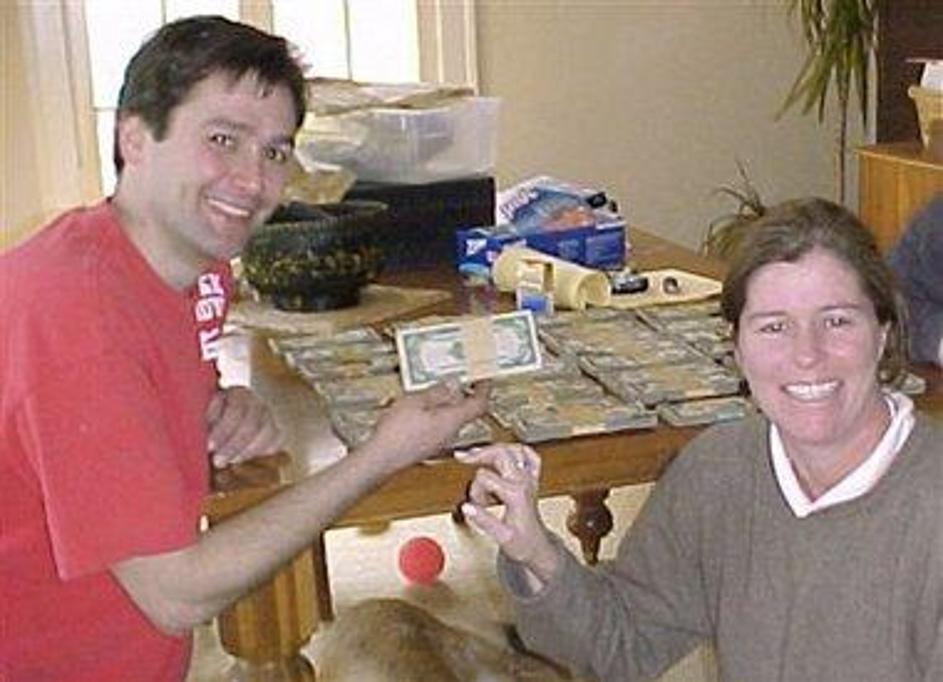 The saying goes that you should never count your chickens before they hatch, and with good reason too. It all began with one contractor doing a run of the mill bathroom renovation when he found that out the hard way.

He had somehow stumbled upon every contractor’s dream, something akin to winning the lottery. But not everything would work out in this tragic tale.

The day began just like any other. He was preparing for a long day of tearing out an old bathroom in Cleveland. Bob Kitts got to work gutting the 83-year-old home near Lake Erie. It was a bathroom like any other and there was nothing from the outside that belied what it held inside its walls.

He began to tear down the walls…

It wasn’t long before he realized that something was amiss. While he was tearing down the walls he couldn’t help but notice two green metal lockboxes suspended inside a wall below the medicine chest.

Bob put down his tools and walked towards the strangely concealed boxes. They seemed to be hanging from a wire inside the bathroom wall. Filled with curiosity he reached for them.

Bob couldn’t help himself. He grabbed the boxes and pulled them out, immediately testing the weight. They weren’t heavy but that didn’t deter him.

“I ripped the corner off of one,” Bob said during a deposition in a lawsuit later filed by Dunne’s estate. It was all about what he found inside that began this wild tale.

Money! A Lot Of Money

Inside were white envelopes with the return address for “P. Dunne News Agency.” Bob, curious as to what was inside them covetously ripped open an envelope to expose what was inside.

Bob then called Reece who was a former high school classmate who had hired him for the remodeling project.

Not believing what she was hearing, she raced over to her house. What they did next is probably what anyone else would do too.

The opened all of the envelopes and began stacking the notes high on the table. Surrounded by wads of cash and grinning like fools they posed for picture upon picture as though they had just won the lottery.

Next, they would begin the task of counting up their riches. Just how much money had been living in the walls all these years?

They began counting up the cash. It amounted to a staggering $182,000 in Depression-era currency. There was no need to know where the money came from, that was clear from the envelopes.

But who was the P. Dunne anyway, and why had he hidden so much money in the bathroom walls? An even better question was why?

It turned out that Patrick Dunne — a wealthy businessman — had stashed away the money which was minted in a time of bank collapses and joblessness.

It was a time very similar to the current economic climate now that the money was found. So it’s not at all surprising what happened next.

Who’s Money Was It Now?

In a time very similar to those that Patrick had stockpiled money, thoughts quickly turned to a tricky question. Just who had a claim to the cash? The contractor or the homeowner?

It was a question that would take months to figure out. Eventually, both Bob and Amanda would wish they had never found it at all.

How can something as amazing as finding a life-changing sum of money make the finders wish they had never come across it? Easy!

Within weeks of the find, ecstasy turned to hostility, and Amanda and Bob began to fight over how to divide the money. Greed, it seemed, would be the downfall in this story.

Amanda felt that the entire lot belonged to her, after all, the money was all found inside her house.

Bob on the other hand also felt the money should all be his, his logic being that if he hadn’t torn down the walls the money wouldn’t have been found at all. How would they find the right split so both were happy?

Things took a dramatic turn for the worse when neither would give any ground and both felt slighted and robbed. That’s when Bob took the matter to the law.

With Reece’s permission, Bob Kitts took a $10 and a $100 bill from the new batch to a coin collector for an appraisal. He figured they were so old, they might be worth more than face value.

He was right. The collector said the $100 bill was valued at $145. The $10 bill, from 1929, with a bank’s big stamp on it, was worth several times face value: $95. Kitts returned the bills to Reece, knowing his find was worth even more than they’d thought.

The Cat Was Out Of The Bag

Bob and his wife started telling friends, including his softball team and people whose houses they’d worked on, how he’d found the money. Their tale intrigued one client, a retired lawyer.

He did some research and discovered a legal concept called “treasure trove,” a part of English common law that said lost money belonged to whoever found it.

Bob went over to Amanda’s house, but when he told her about the “treasure trove” law she went ballistic. Bob left quickly and called her later that evening to apologize. It was only later that year that he found out Amanda had been diagnosed as having manic depression.

Around the same month, she later said, she took the money out of her safety deposit box so she and a friend could count it. Then, instead of returning it to the bank, she put it in two shoeboxes in her closet.

And Nothing But The Truth?

Once the case had gone to court Amanda was asked to explain why she never took the money back to the bank, she could give no good answer but revealed that that money had been stolen from her house.

In fact, she had blamed Bob with the theft after ruling out her ex-husband. And there was more that she had done wrong too.

Living On A Prayer

Amanda had begun spending the money before it had been divvied up. A nice trip to Hawaii for $14,000, and selling $54,000 on eBay and to collectors.

Then living off the money when the mortgage industry collapsed and she lost her job. Even worse was to come.

Eventually, to top the rampant spending the Magistrate ordered Reece to surrender all remaining money until he could rule on who is entitled to it.

“The threats and all — that’s the part that makes you wish it never happened.” Bob recounts.