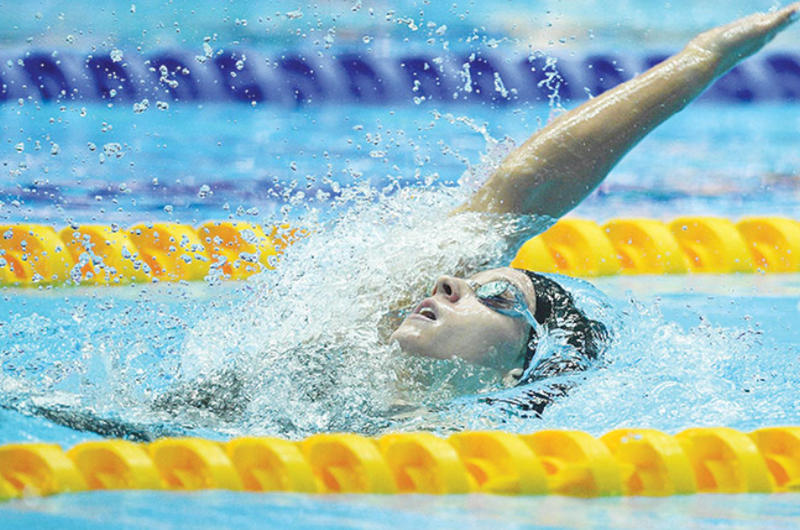 The final verdict would come down with the judge’s hammer. Then she could do nothing but watch her victory slip between her fingers.

She and her coach were in disbelief. She had trained so hard and now it was for nothing. She couldn’t help what happened yet she was disqualified all the same. Her suit looked like everyone else’s. 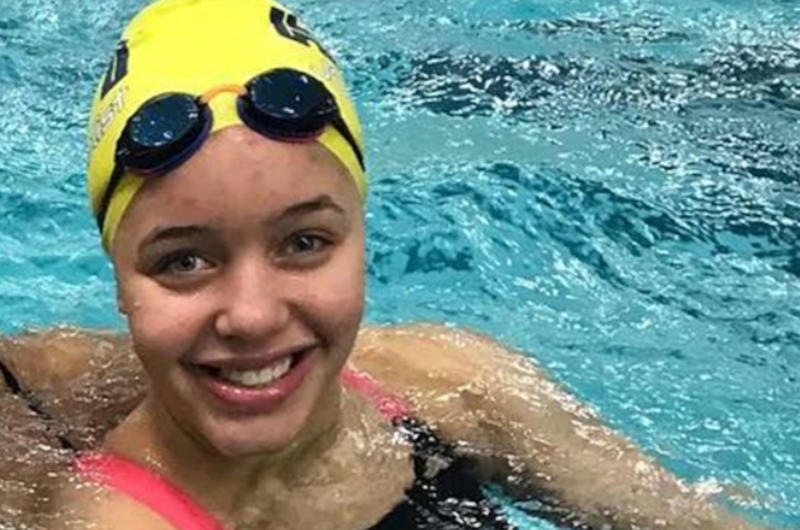 No one loved the water more than Breckynn Willis. She couldn’t go a day without taking a plunge into the pool and training.

Even at the young age of 17 Willis already had big dreams of getting a scholarship and eventually a shot at the Olympics. So she competed in any competitions she could. But she had no idea that it would eventually end in disaster. 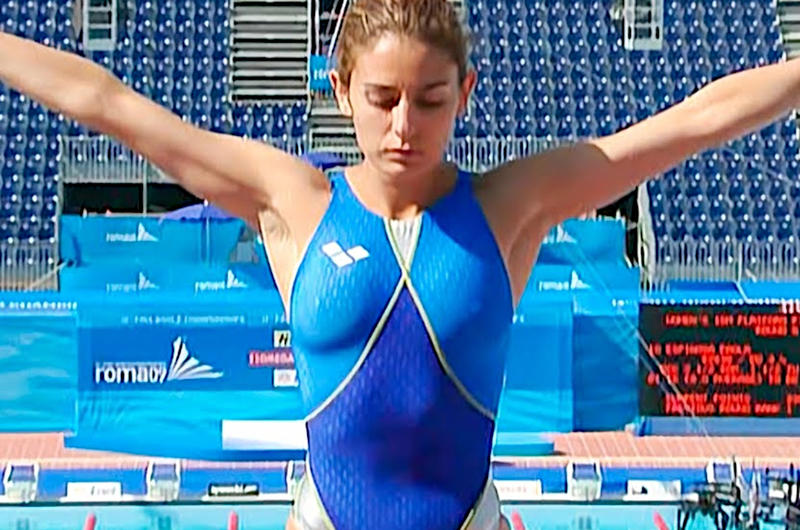 The stands by the pool were packed full of guests and staff excited to see the competition in the indoor that room smelled of chlorine.

She loved the exhilaration that came when her name was called out to do what she did best – the 100-meter freestyle. But one judge was looking at her a little too closely. 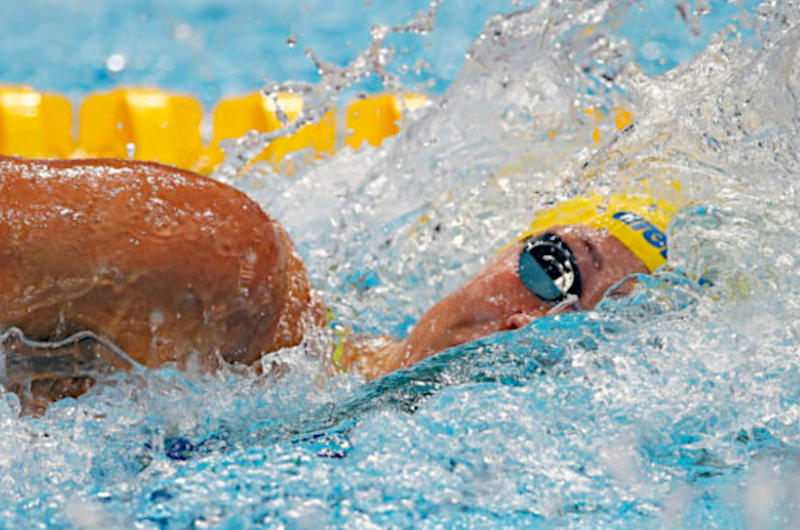 As she heard the whistle she knew it was her time. Every part of her body was ready for what came next. It was a natural reflex for her.

She did it perfectly, or so she thought. She resurfaced at the end of the pool and pulled herself out and dried herself off with a towel. 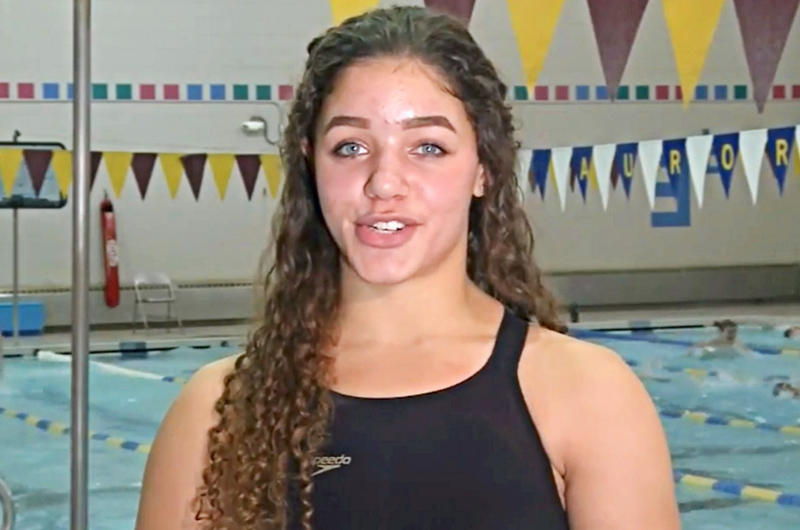 She couldn’t believe what she had just heard. The words rang out in her mind. Was this really happening? She looked to her coach for answers but he seemed as dumbfounded as her. 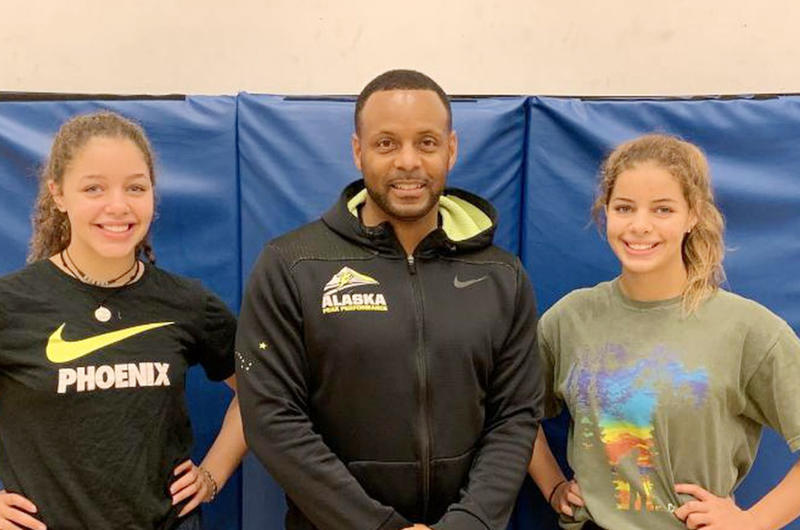 Lauren Langly, her coach, marched up to the referee with fire in her eyes.

She looked over at Breckynn, after the referee pointed at her she had to take a step back, what had been said to her? It was almost as if she had been slapped. 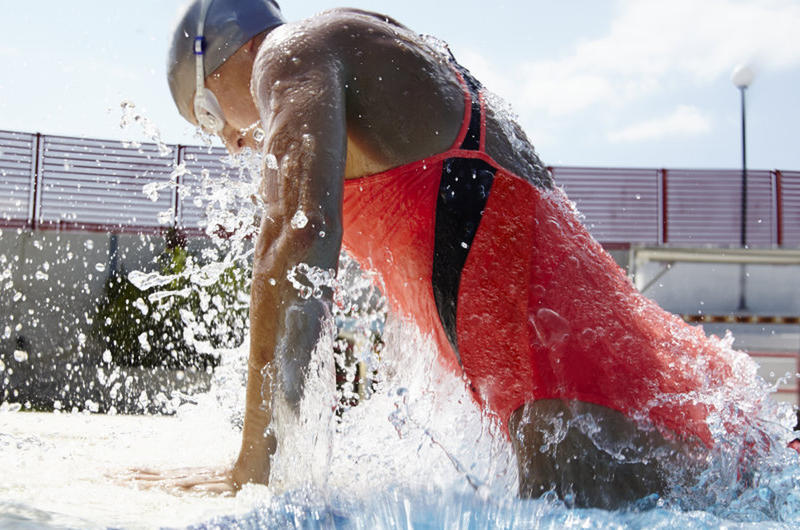 Breckynn then overhead, “You can’t be serious.” She knew what she had to do, she couldn’t just stand there and take it.

Something must have been wrong for her to be disqualified, but what was it? She wanted to hear the excuse they came up with. The real reason would leave her furious. 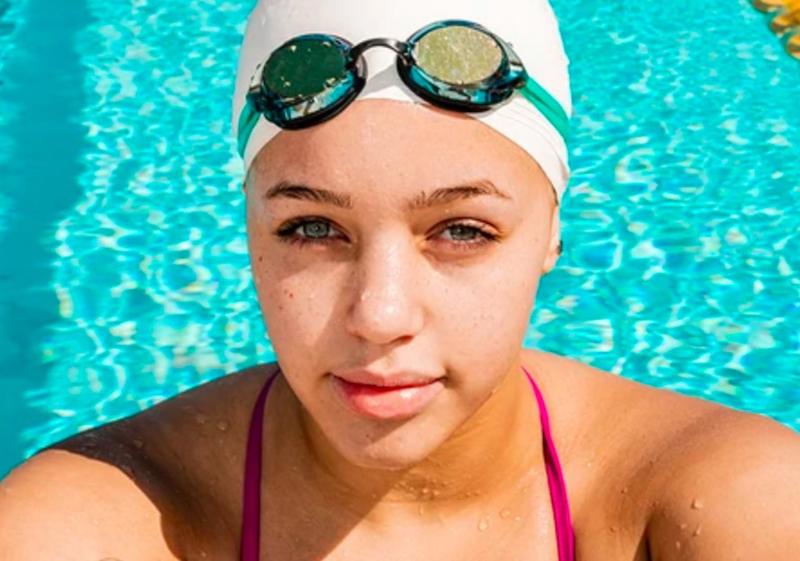 The referee had words for her coach and she caught a lot of what they were saying. She couldn’t believe what she was hearing. She felt her face flush.

What made Breckynn’s face turn scarlet was overhearing, “The girl’s swimsuit was so far up I could see butt cheek touching butt cheek.’’ Her coach scowled at the judge, then they noticed her walking over. 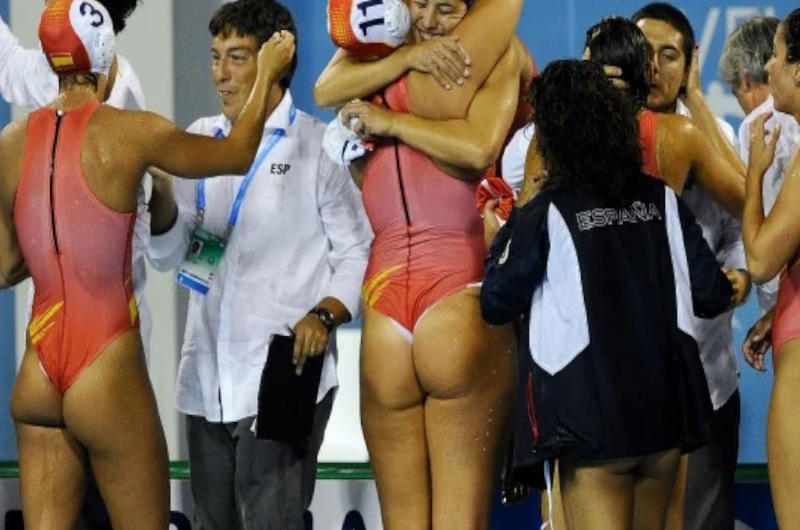 Lauren told Breckynn that they were leaving. But things would take an even stranger turn before the end of the day.

Apparently, the referee had decided to eliminate the student from the competition because she was showing too much skin and decided she had intentionally hiked up her suit to be more revealing. But, later, another reason would emerge. Everyone else, including Breckynn, pointed out that every single girl wore the exact same suit.

There was also a reason for the skin. It’s called a “swimmer’s wedgie” and everyone gets them. Even regular swimmers know the feeling and know they are not comfortable. No one would do this intentionally. However, the real reason would soon come out. 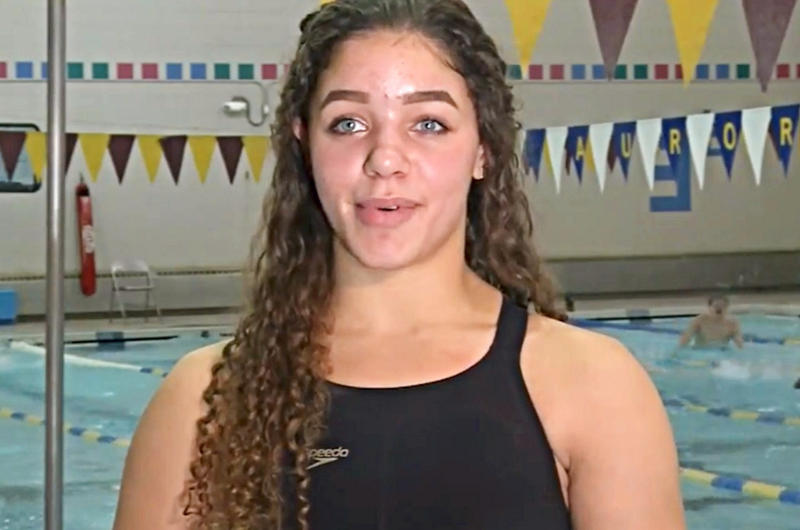 After the ruling, Coach Lauren Langford went to social media and lodged a formal complaint with the Alaska School Activities Association, too.

The answer, however, was just as bad as the original complaint. Breckynn, it turns out, was being specially targeted by the referee for a rather disgusting reason.

One Size Doesn’t Fit All 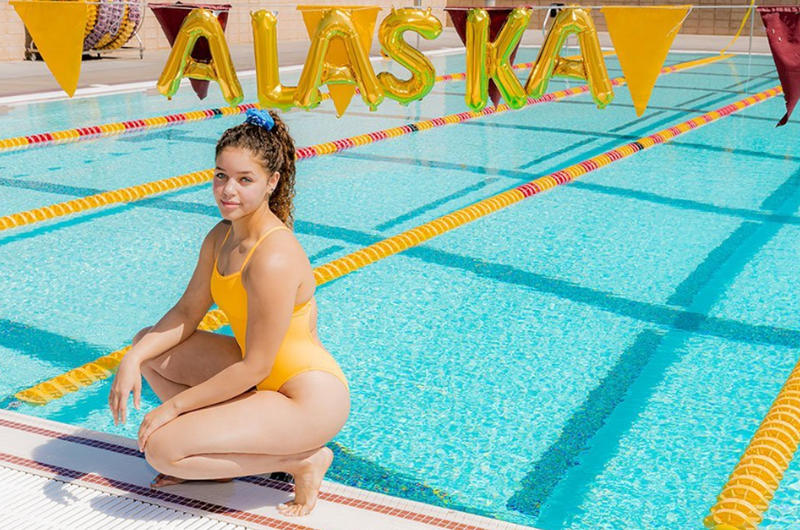 Not only was the girl curvier than the other teammates, but she was also of mixed-race heritage.

It might seem like something impossible to spot for most people, but when the details came to light, it was sadly believable. The facts ended up undisputable and caused a huge blast of outrage. Why?

Sister Experienced It Too 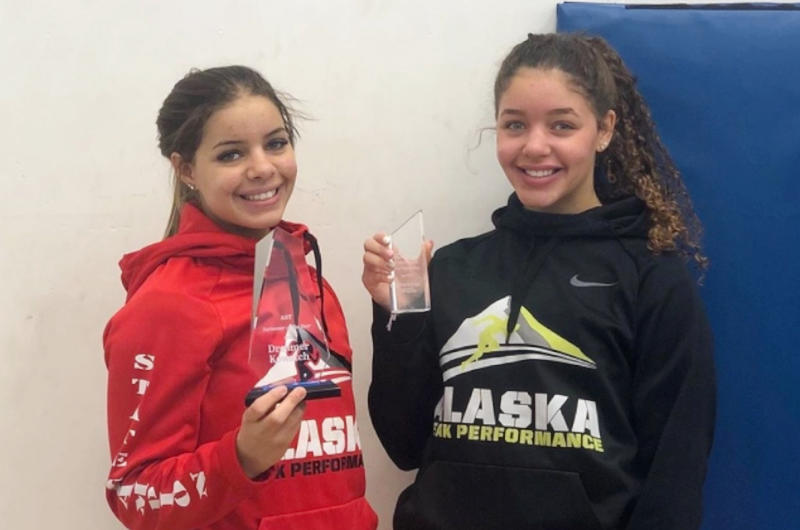 Everyone was wearing standard uniform suits, two other girls looked very similar to her, and her 100m freestyle execution was excellent.

Her sister, and fellow swimmer, ended up the key to the situation. No other member of any team had been kicked out for appearance reasons, but she and her sister had. When they understood why everyone involved was furious. 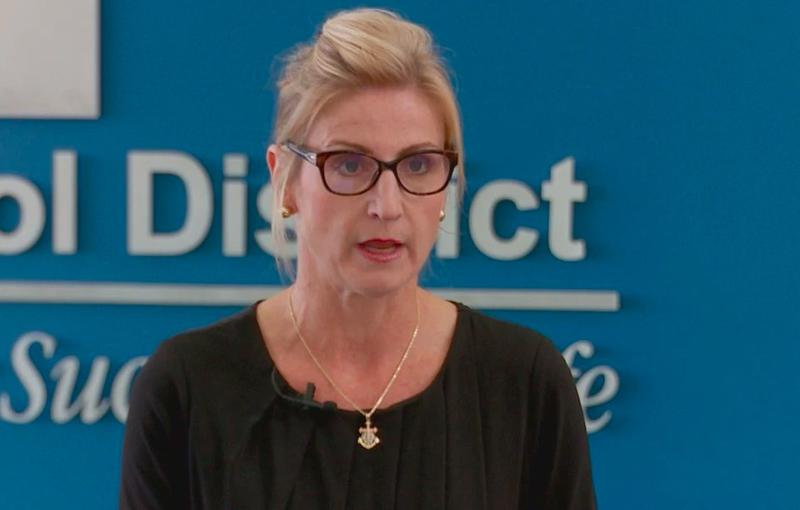 Coach Lauren Langford was seething when she spoke to KTUU: “The rest of her team was wearing the same uniform, and she was the only one disqualified. It is my opinion that she has been targeted and singled out over the course of the last year.”

The disqualification, according to referee Jill Blackstone, was due to a new “modesty rule,” but the truth was becoming clearer and clearer. 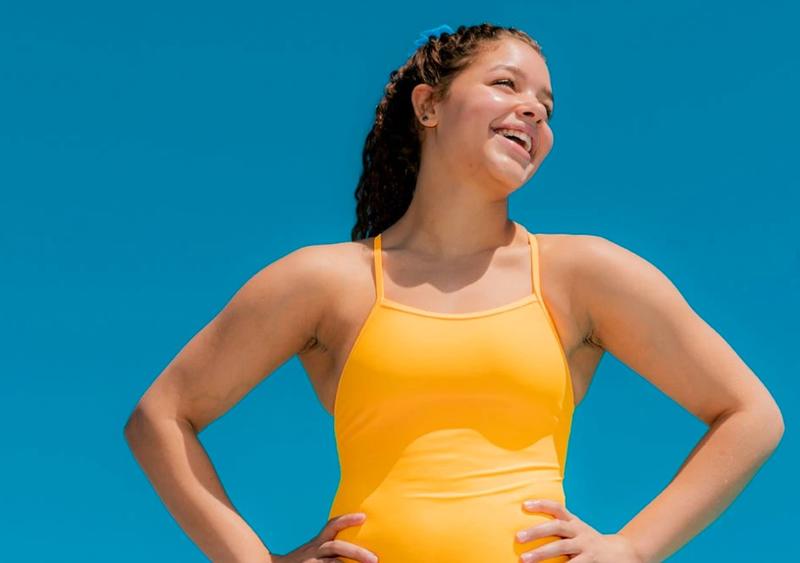 The new “modesty” rule had come with new, standard-issue swimsuits for every girl, but Breckynn had been singled out because Jill Blackstone, the referee, just hadn’t liked the way it looked on the girl’s fuller, curvier figure.

It was just as coach Langford had suspected, but it was her word against Blackford’s. But, what the referee didn’t know was that Lauren had proof. 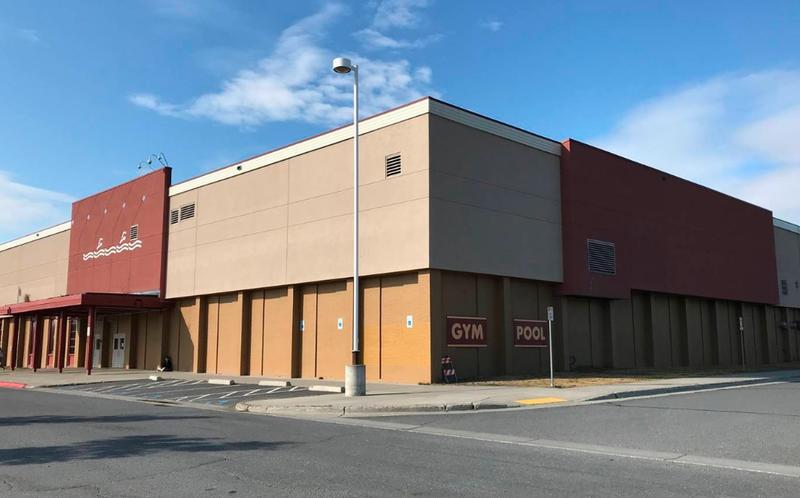 Lauren wrote a blog post detailing the scandal. Soon, the truth would be out. The new “modesty” rules that were put in place at the school were solely for policing young girls’ bodies.

She believed the whole incident was an orchestrated campaign against Beckynn, her sister, and other girls of color. One terrible incident, in particular, was at the ugly heart of it all. 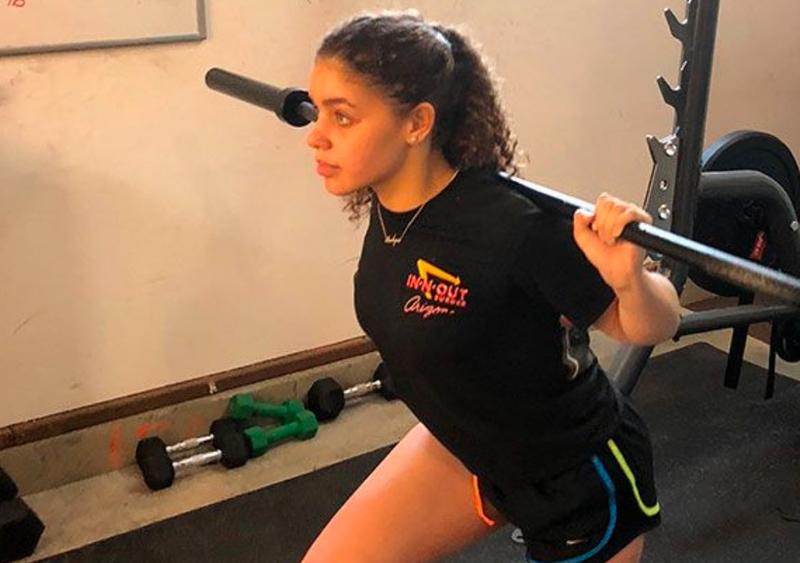 As a swim coach at another school within the district that regularly competes with Dimond High, I’ve watched this scandal divide my swimming community,” coach Langford wrote.

“It has caused my own athletes to be needlessly self-conscious about the appearance of their bodies, which preoccupies them just as much, if not more, than the quality of their performances. What’s clear is that these girls’ bodies are being policed — not their uniforms.” “These young swimmers aren’t being punished for wearing their suits in scandalous or provocative ways,” her post continues, “but rather, because their ample hips, full chests, and dark complexions look different than their willowy, thin, and mostly pallid teammates. Some will argue this scandal has nothing to do with race.”

“…The issue becomes glaring when officials are overheard acknowledging that white athletes are baring too much skin as well, yet they’ve never been disqualified.” But that wasn’t all. 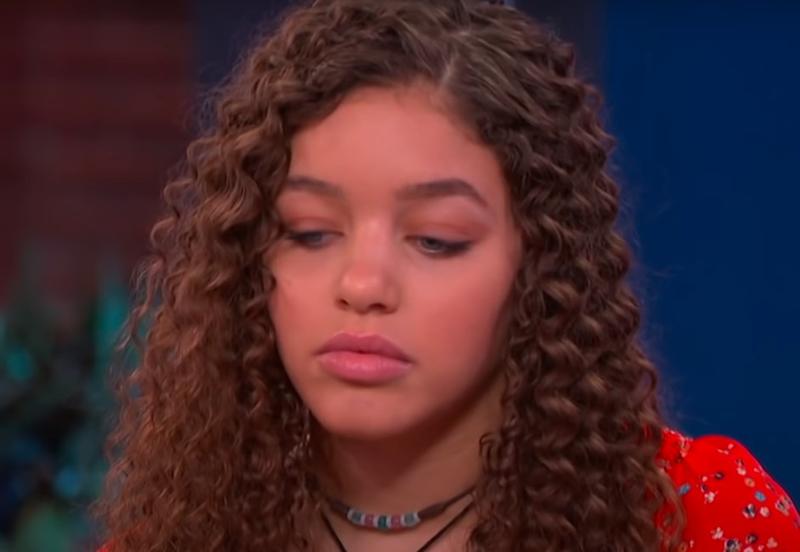 Coach Langford detailed another incidence that had taken place within the year. Unbelievably, a parent had secretly taken photographs of Breckynn’s rear when she was wearing a swimsuit and had circulated them via email to other parents and teachers!

“Uniform violation!” the parent wrote, and later, someone overheard them saying “that for the sake of their sons, the mother of these young ladies should cover up her daughters.” 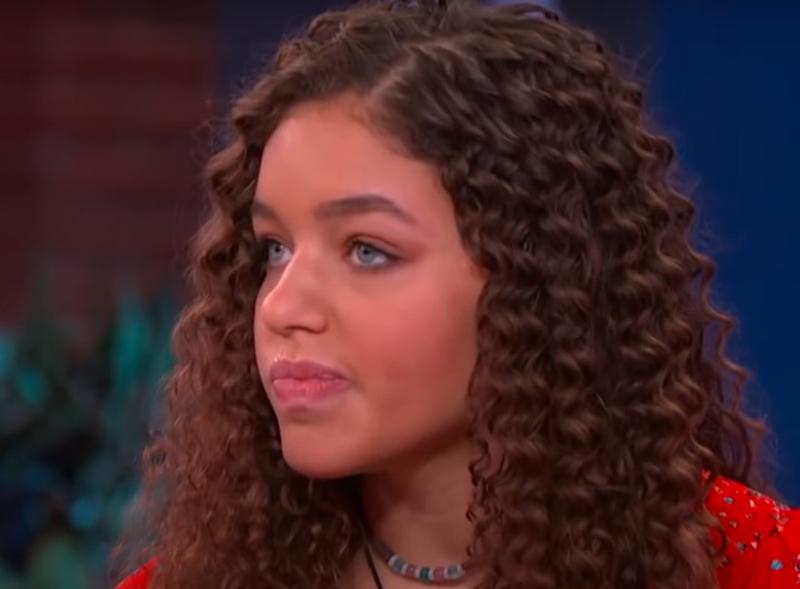 Coach Langford concluded her post: “If you do not like the way that swimsuits fit on these girls’ bodies then don’t look; they are minors, children, and no one should be looking at them anyway. We cannot take back what has already unfolded but we can make sure it does not happen going forward.” 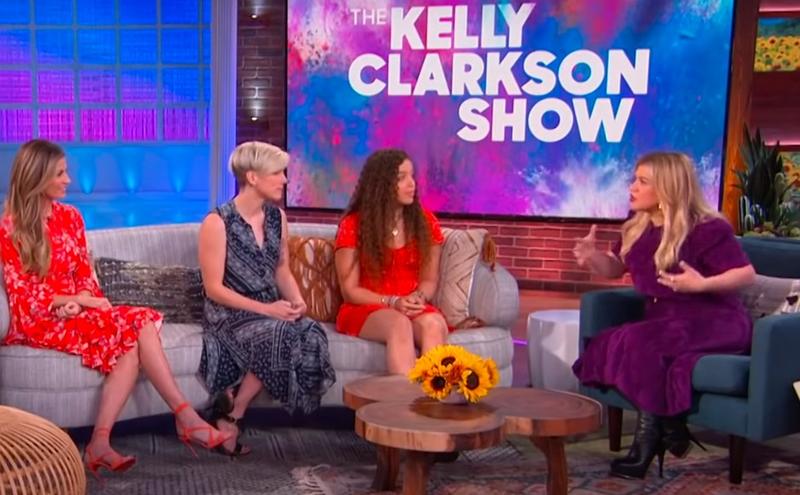 Meanwhile, Beckynn was going public with the shocking story. The incident had reached the ears of Kelly Clarkson, who invited both the swimmer and her coach to appear on The Kelly Clarkson Show.

Everyone who saw the episode was disgusted, too, and some were quick to take to the comments section to point out the startling facts. 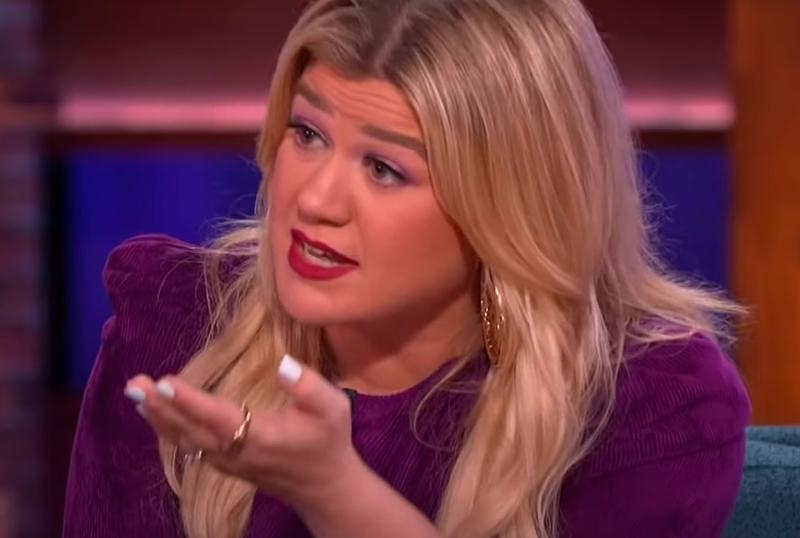 “The thing that’s really frustrating is the more curvy a woman is, the more pressured she is to be “modest,” I mean come on folks. Is this really about being “modest” or body shaming cuz men can’t handle it??” One woman wrote.

“What’s worse is that the referee who made this call disqualifying her… was a WOMAN! Seriously? How can a woman do that to a girl? Stop body shaming females for being who they are!” another proclaimed. But would there be any justice? The Association reversed the ruling and reinstated her points and title.

Then, there were two very strict reminders sent out to all staff and referees. First, there could be zero assumption about standard-issued suits – which in many opinions would have been obvious. Second, and most importantly… 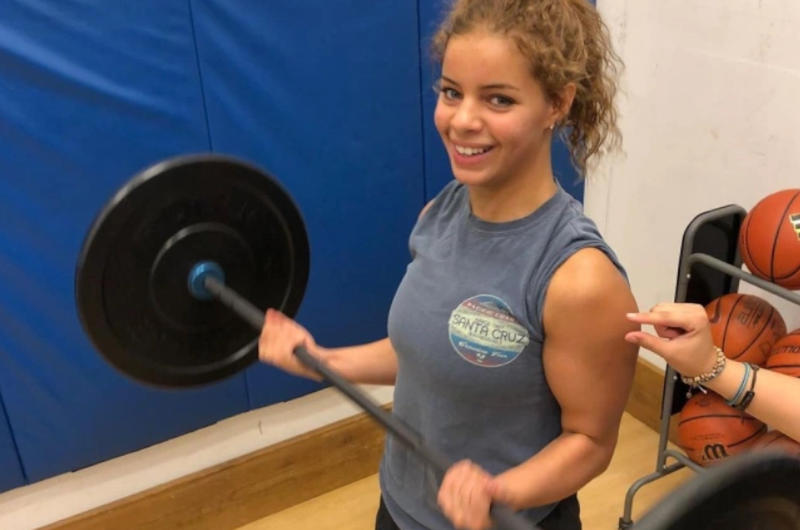 It was professionally and personally inappropriate to judge a competitor based on their appearance – again, this should have been obvious. ut apparently, a few individuals needed a reminder.

There was no place for sexism, racism, or discrimination in their competitions. However, there was one silver lining to the entire ordeal. 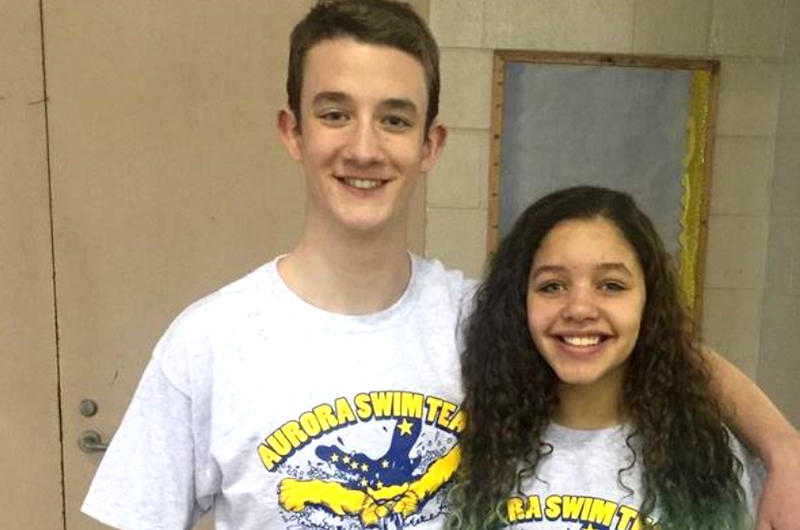 The media coverage had brought her skills into the spotlight.

She ended up receiving serval college offers and talks of scholarships. Not to mention, people started knowing her name around the swimming circuit (this time in a good way). The insane incident was over and she could finally focus on her dreams again.