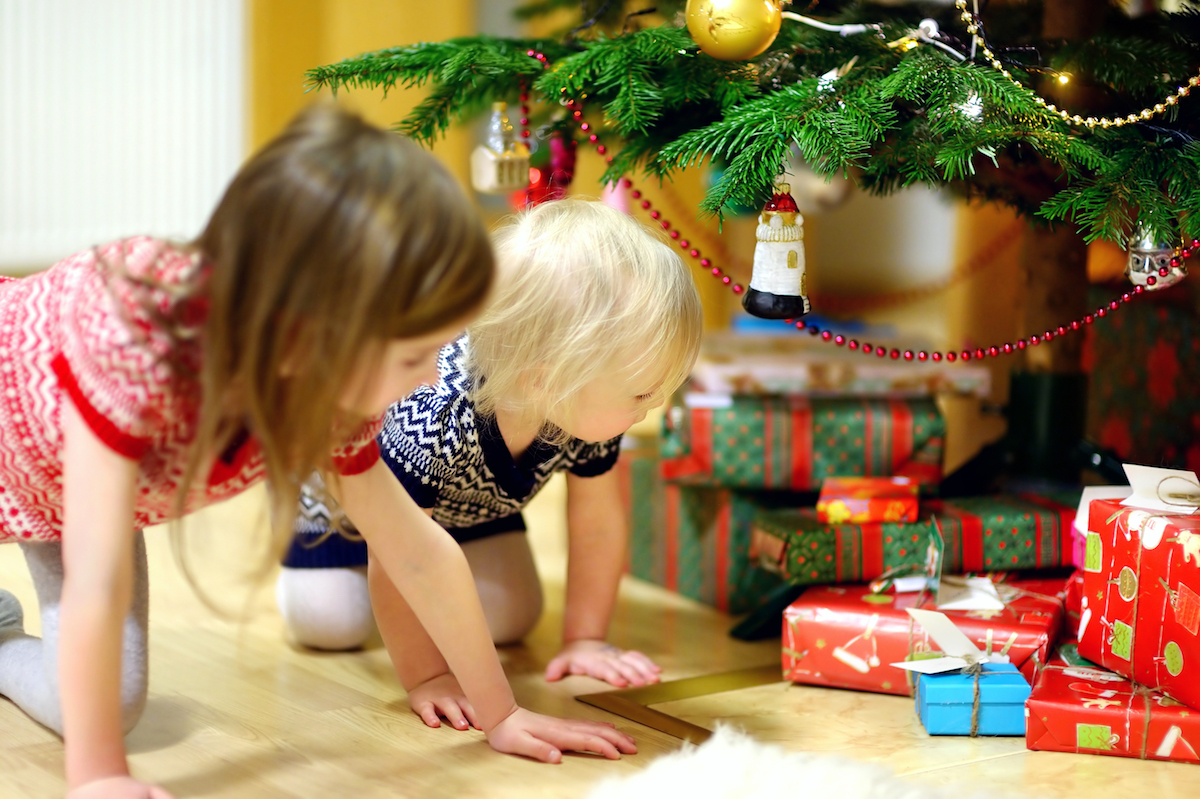 As the holidays near, so does the ever-impossible search of finding the perfect gift for your toddler, niece or 8-year-old nephew. Gone are the days when Barbie dolls, train sets and foam footballs were safe bets to please the kids in your life. Books and CDs are no longer natural ideas. In fact, if you want to buy a kid music, it would likely come in the form of a gift card, which feels just a little too impersonal. And with the rise of Netflix, it’s hard to know how many commercials kids even watch, ruling out the potential for parent-recommended gifts like the clean-and-easy art project Lite Brite and the infomercial-famous Rainbow Art.

The’ 80s and ’90s brought so many awesome toys that kids today would hardly appreciate, much less enjoy. Creative staples like the Etch A Sketch would be pushed away for the ability to draw on an iPad, and sweetly creepy animal-like Furbies would be tossed aside for Build-A-Bears. The low-tech ’90s staple Tamagotchi is attempting a comeback, but may be finding that they can’t compete with the high-tech modern toy market.

If this all makes you as nostalgic as it makes us, let’s take a trip down memory lane and revisit the Top 5 toys from our childhoods that kids today would hate.

Why It’s Nostalgic: Before there was the Gameboy, the smartphone, or even the personal DVD player, there was the View-Master. There’s something mystical about a plastic box that can reveal scenes featuring your favorite characters — sometimes even playing audio or projecting onto walls — and you could do it all yourself.

Why Kids Today Would Hate It: Why would you ever watch a story full of pictures you have to make move yourself? After growing up playing on their parents’ (or their own) smartphones, the View-Master would require too much personal effort for the story to be told. Like many popular ’80s toys, the View-Master is trying to adapt to today’s toy market with a new VR product, but its success at this point is unknown.

Why It’s Nostalgic: Never mind the large and awkward Walkman, which could actually play entire CDs — what could be cooler than having a little device play the grooviest part of your favorite ’90s hits? Plus, it didn’t look like it could play music, which made it even more exciting.

Why Kids Today Would Hate It: A tiny plastic device that doesn’t even play the whole song? Not to mention the low sound quality, which would irritate many fine-tuned ears. Add that to the limited availability of tunes and chunky speakers that were hard to fit in your pocket, and there’s no reason you wouldn’t just want a iPod.

Why It’s Nostalgic: Who didn’t have a friend who owned one of these animated, soulful fish out of water? Though Big Mouth Billy Bass was certainly the most popular choice, singing classics like “Take Me to the River” and “Don’t Worry, Be Happy,” other alliterate fish like Louie the Large Mouth Bass and Travis the Singing Trout contributed their own songs to the repertoire.

Why Kids Today Would Hate It: Inanimate objects bursting into one of two available songs may not be so exciting to today’s generation of kids, especially since popular home tools like Amazon’s Alexa can actually talk back to you. Not to mention the fish were all motion-activated, meaning they could start an interaction you weren’t intending on being part of.

Why It’s Nostalgic: Finally, a kids game your parents even got a kick out of. Bop It! was a simple party game with low commitment that could start or end at any time. It could dominate your attention for hours, because you always felt like you were this close to beating it.

Why Kids Today Would Hate It: It got pretty hard, and eventually, you would always mess up, bringing that ever-painful scream from your plastic toy. What’s the point of a game using your reflexes that’s always the same and pretty much impossible to beat?

Why It’s Nostalgic: This animatronic bear was a bestseller in the ’80s. It could cuddle with you, sing to you and tell you stories. It even had its own cartoon arc, and if you didn’t love it there was something wrong with you.

Why Kids Today Would Hate It: A bear that sings and reads to you isn’t so magical when you can clearly find the audio cassette tape hidden under its vest. Plus, why would you need a bear to read you stories when you could have Siri, or even better, your parents do it?
Spin: Teddy Ruxpin is actually making a comeback! The 2017 version comes with three preloaded stories. Want more? You can download them from, you guessed it, an app, and sync to the bear with Bluetooth. Wanna give the kids in your life an updated bit of your past? You can snag Teddy Ruxpin on Amazon.

What were your favorite childhood toys? Let us know in the comments below!