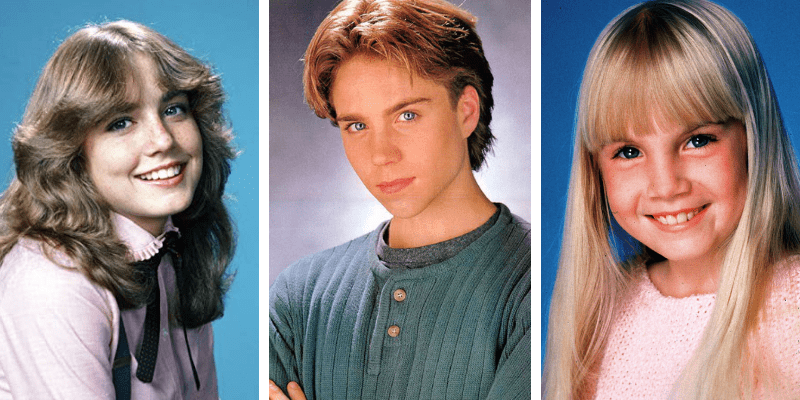 We come to love, adore and cherish the child stars of our favorite movies and TV shows. But just like in any other industry, Hollywood isn’t immune to the tragedies that take it, and us fans, by surprise. One of them is the loss of a beloved child actor or actress.

When these A-list child actors tragically pass away before their time, the whole world mourns their absence. But it also raises some serious questions about the well-being of these stars in what can be a toxic industry.

Some of them succumbed to the pressure of Hollywood. Some others struggled with mental illnesses and/or chronic diseases. And some others sadly died in unforeseeable accidents.

These are the 20 celebrities who shaped our childhood but left us far too soon. 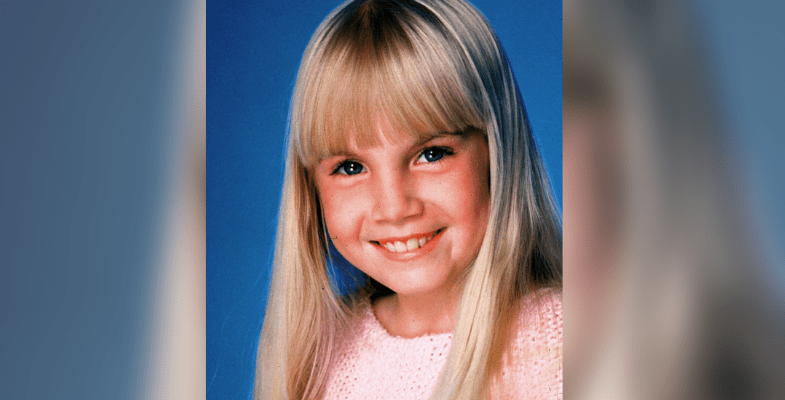 She was cast in the movie in 1982 at the age of 5 and had recurring roles on Happy Days between 1982 and 1983. However, her promising career was cut short when she passed away at the age of 12. She died after a misdiagnosis of internal stenosis and she experienced cardiac arrest and septic shock. 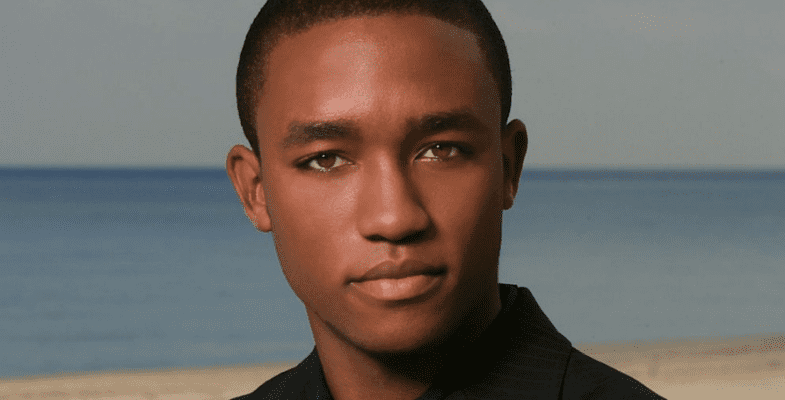 Disney’s The Famous Jett Jackson was a turning point in the life of the adolescent Lee Thompson Young. He played the title character in the TV series and knew big success.

His last starring role, however, was on the Rizzoli & Isles police drama in 2013. He passed away at the age of 29. 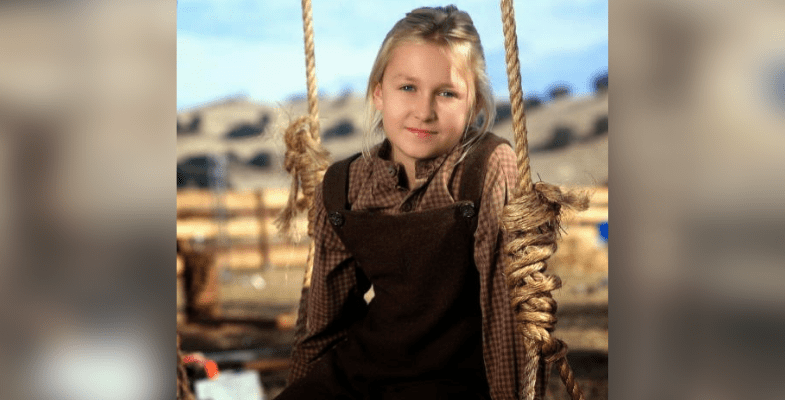 The American actress Skye McCole Bartusiak was a rising star in the early 2000s.

She found fame when she starred in The Patriot as Mel Gibson’s daughter. However, she passed away at the age of 21 at her Texas home in July 2014. 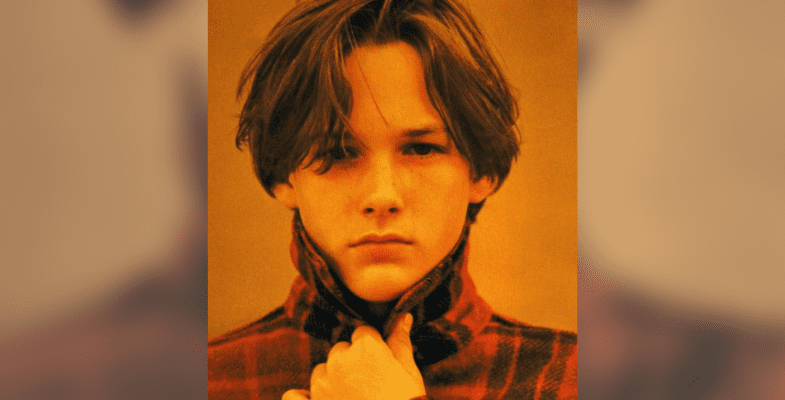 The young actor from The Client debuted at age 11 and starred in 21 movies. He was a promising talent in the industry.

However, Brad Renfro’s career faded quickly before he passed away at the age of 25 from a heroin overdose in 2008. River Phoenix was not only one of the famous child stars of the ’80s because he was also a musician and an activist.

This teen idol started his acting career at the age of 10 and got his breakthrough in the 1986’s movie Stand By Me. He died at the age of 23 when he was still acting in Dark Blood. 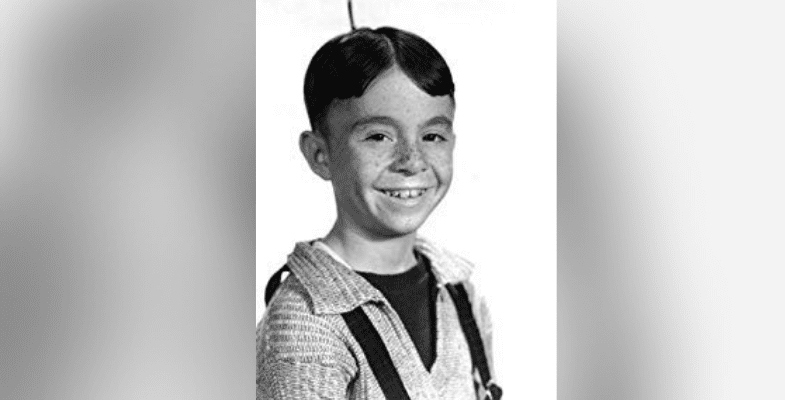 Carl Switzer had many tricks up his sleeve. While he was in the Child Actors Club, he was also a singer, a dog breeder and a guide.

He began his acting career after appearing in the Our Gang comedies in the 1930s. Unfortunately, he died at the age of 31 in 1959 after being shot in a dispute over money. Robert “Bobby” Driscoll was one of the most sought-after child stars from 1943 to 1960. He appeared in some major Disney live-action pictures and even served as an animation model and voice actor for Peter Pan. From a child model to a child actor, Jonathan Brandis’ career looked bright in the 1980s.

He debuted in One Life to Live and was the main protagonist in Stephen King’s miniseries It in 1990. His fame rose when playing Lucas Wolenczak in seaQuest DSV. Sadly, he died by suicide at the age of 27. Judith Barsi was one of the most beloved child stars of the 1980s. She made appearances in television, commercials, shows. She also lent her voice to characters in animated movies, like “Ducky” in The Land Before Time.

Sadly, she died at the hands of her father at the tender age of 10. He shot her and her mother, and then took his own life. The American sitcom Diff’rent Strokes launched the careers of three child stars, one of whom was Dana Plato.

The actress starred in the hit TV show at 14 and was let go at the age of 22. Later on, she tried to establish herself as a serious actress but passed away at the age of 34. 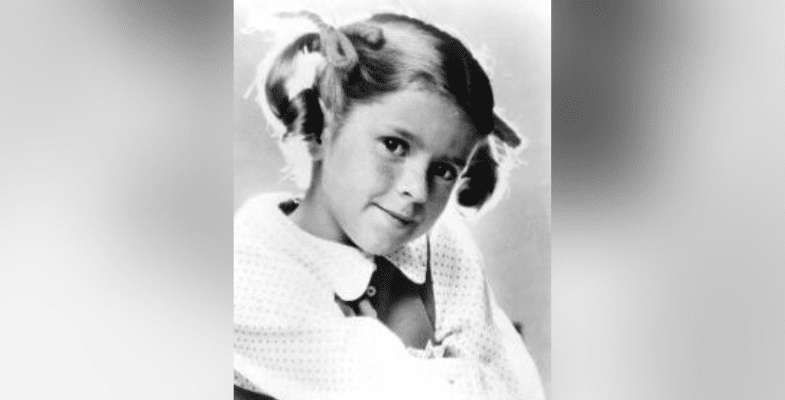 If you remember Family Affair, the TV series that aired from 1966 to 1971, chances are you’ll remember Anissa Jones, who played Buffy.

She died at the age of 18 after mixing different illicit substances. Sammi is one of the multi-talented child actors. She was a child actress, a baseball player and a recording artist. She even participated in the Junior Olympics, was featured in ESPN.com and recorded music with a garage folk project.

In 2012, she tragically passed away from the sustained injuries she got after a car accident at the young age of 20. 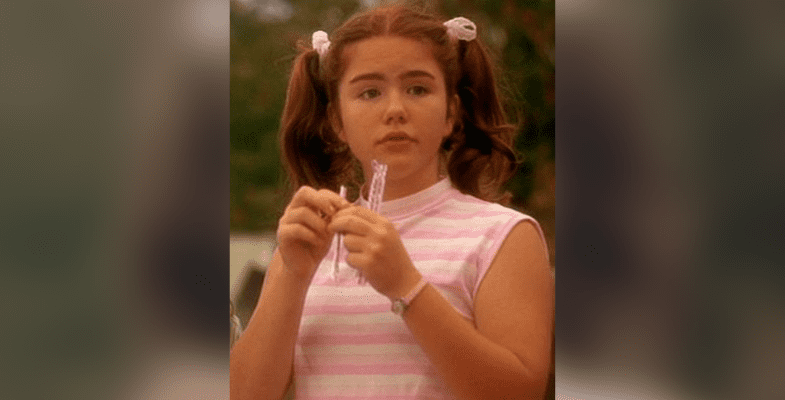 Now and Then actress Ashleigh Aston Moore began acting at the age of four and played her breakthrough role, Chrissy, at the age of 14.

Two years later, she quit acting. Ten years later in 2007, she died from an accidental heroin overdose at the age of 26. 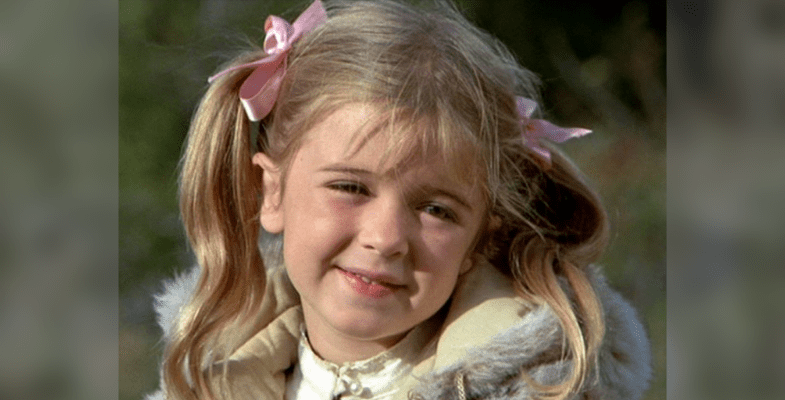 California-based child actress and model Bridgette Andersen became a rising star after her role in Savannah Smiles in 1982. She was seven-years-old at the time and later on received four Youth in Film Award nominations.

She passed away in 1997 at the age of 21 after struggling with drug abuse. 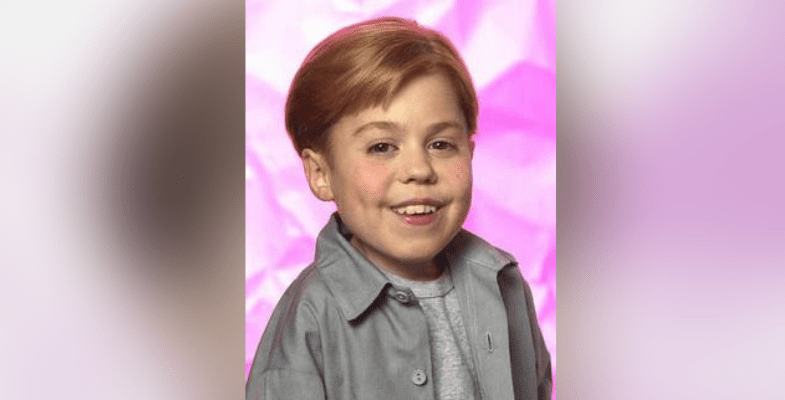 The actor who played Timmy Lenox in the soap opera Passions wasn’t one of the regular child actors. He had achondroplasia, a form of dwarfism that gave him the appearance and voice of a small child even though he was 17 in the TV show. 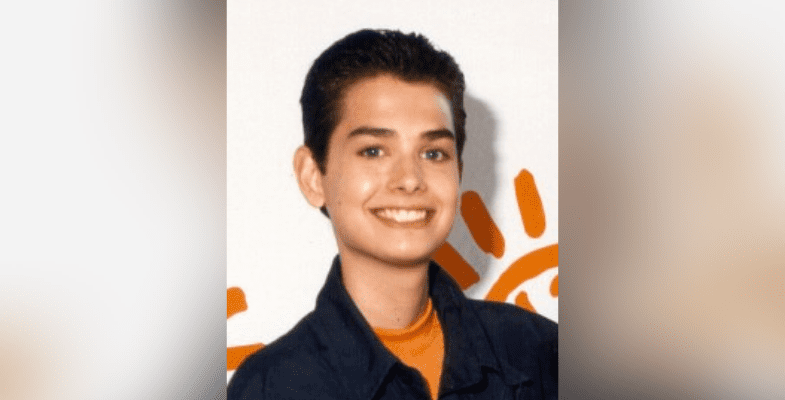 Any MTV fans here? If you are one, you might remember Michael James Cuccione, who was best known as Q.T in the fictional boy band 2ge+her.

This cancer-research activist had survived Hodgkin’s disease when he was 9 but died at 16 in 2001 due to respiratory problems. 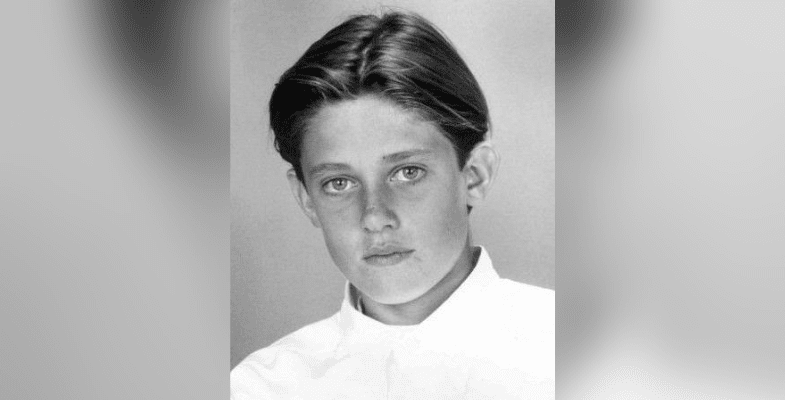 Best known for his roles as Jesse James in The Young Riders series and Zach Crandell in Don’t Tell Mom The Babysitter’s Dead, Christopher Pettiet received many accolades in his career.

A career that was unfortunately relatively short, due to his death at the age of 24 after an overdose. 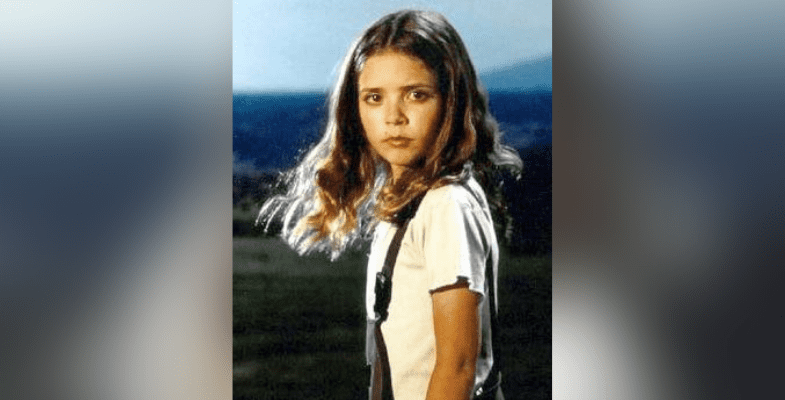 Jessica Madison Wright Morris was best known for her days as Sam Wallace in Shiloh.

The actress suffered from a heart muscle disease that took her life at 21 years old, one day after her marriage. 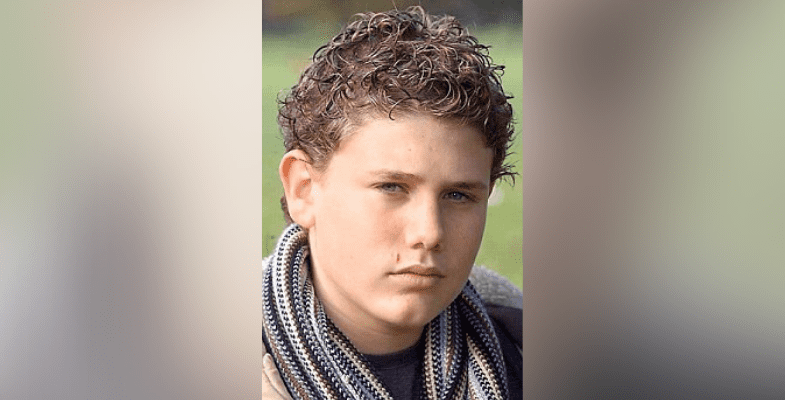 Remember Marcus Belby from the Harry Potter and the Half-Blood Prince movie? He was played by Rob Knox, an English actor with a career that looked bright and shining.

Unfortunately, an armed attacker stabbed him to death at the age of 18 in 2008 when Knock was defending his younger brother from the attacker. Garber contracted hepatitis after a tour with a play in India. He died at the young age of 21 after the disease spread to his pancreas.

Which one of these child stars left the most impression on you as a kid? Let us know in the comments! Click our next article to learn about more celebrities who died young.

Only The Good Die Young: 30 Iconic Stars Who Left Us Way Too Soon 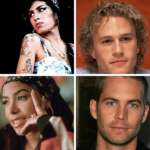