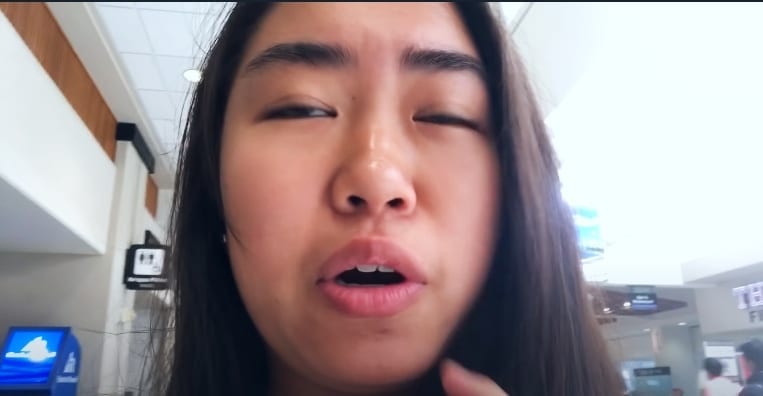 We all know that last minute panic leaving the house to go on holiday. Phone? Check. Credit cards? Check. The special fuzzy bear that I need to sleep at night and I’m most certainly not embarrassed to still own? Check. Passport? Arguably the most important of all to check.

Well this story would make you wonder just how thoroughly these people went through their checklist and the disastrous consequences not checking your list can have!

Fourteen year old Jenna was going on the first big trip of her life with her dad, her step mom and two step siblings. She was more excited than she had ever been in her life since her mom and dad had split up.

Their divorce had rattled the tough young girl but she had a strong spirit that wasn’t easily defeated. What happened at the airport, however, was something that would scar her emotionally forever.

Jenna was eleven when her parents, Susie and Brad, split. Jenna remembered the day it happened like it was yesterday. The news hit her like a swift punch to the gut and part of her broke that day but she was resilient and she kept working.

She could have never expected that her parent’s petty squabbles would leave her thinking about that day for the rest of her life.

Arriving At The Airport

The day had finally arrived. Jenna had been telling her friends at school about this trip for weeks and pretty much anyone else who would listen too. Excited was an understatement.

As she wheeled her meticulously packed suitcase into the airport she felt butterflies fluttering in her tummy. This was the first big trip she’d ever been on. Her mom and dad never brought her on holiday before as they’d kind of hated one another. So to be invited with her dad’s new family was special for her. She was part of a new family. Unfortunately, poor Jenna was about to discover something that would make the butterflies drop right out of her stomach.

The moment of truth that your check list was waiting for. Jenna had packed everything she needed but her mom had told her that her father was in charge of her passport so she had nothing to worry about there. As they approached the grumpy, overworked ticket clerk she felt no nerves. Her dad had it under control.

This Must Be A Mistake

“Dad, you have my passport, don’t you?” said Jenna sunnily to her father. “Sure dear!” smiled Brad, fumbling in his pockets for several seconds before pulling out a passport that looked like it had lived a life compared to the rest of the family’s.

Brad handed it to the ticket clerk and she inspected it with narrowed eyes and a furrowed brow. What she said next made Jenna’s heart drop in a second.

“Sir, are you aware that this passport expires in two months?” explained the ticket clerk, eyeing him and Jenna simultaneously with a wary eye. “It does?” exclaimed Brad. “Oh my God, her mom was in charge of this, I was told everything was good to go! Is everything OK madam?” he said unwittingly.

What the clerk said next would cause Jenna’s heart to break in two.

“If the passport expires in less than six months then I am so sorry but I can’t allow her to fly. It’s standard procedure sir.” the ticket clerk said unhappily. “I KNOW THAT!!” Brad said with frustration. “This is Susie’s doing, I know it, I CAN’T BELIEVE HER! SHE’S DOING IT AGAIN!” Brad said through gritted teeth, a vein popping in his forehead.

Jenna was watching the whole scene unfolding before her like a tragic play that she wished was just a play but it was real and it was her life. She was going to be left out and forgotten. No one cared about Jenna. Tears started forming in the corner of her eyes as she looked at her dad. What was he going to do about this?

Brad’s new partner, Samantha, started freaking out at this point. While she thought Jenna was a great kid, she had also put two years of her savings into this trip and was silently fuming that her partner’s ex would sabotage everything in such a malicious way.

Brad turned to her. “Honey. I’m so sorry. It’s your call. I know the trip was your idea. I don’t know what to do. I can’t believe her” he said. Jenna was catatonic at this point. Samantha looked at Jenna then at her own two kids, Abbie and Andrew. Her answer changed Jenna’s forever.

Samantha told Brad to call his dad to pick up the fourteen year old. She had put her hard earned savings into this once in a lifetime trip and despite how cruel she felt, Jenna was not her child. This still didn’t make her feel like less of an evil witch.

As she watched the poor girl sobbing uncontrollably, her heart broke for her. She knew that she had done something she would hate herself forever for. The trip had seriously negative consequences because of her actions.

The Show Must Go On

Brad’s father dutifully picked up the inconsolable Jenna and brought her home while the family went on without her. Brad was silent from the moment Jenna left and it was clear that he was agonizing internally.

“Mommy, why’s Jenna gone? We wanted her here to have fun with us!” said Abbie sadly. In that moment, Samantha felt like the evilest Disney villain there ever was. The holiday only went downhill from there.

Cursed By An Ex

Jenna stared out the plane window thinking about what Brad’s ex had caused through her actions. She knew she would protest that it was an honest mistake but Jenna knew better. Susie was still hung up on Brad and hated that he had a new family. This was not the first time she had tried to sabotage her in Jenna’s eyes and Samantha felt defeated.

As she stared out at the clouds she thought about poor Jenna and how this would probably affect her forever in the worst possible way. She would make this up to her when they returned she thought to herself. She silently vowed that her mother would pay for what she had done to her daughter.