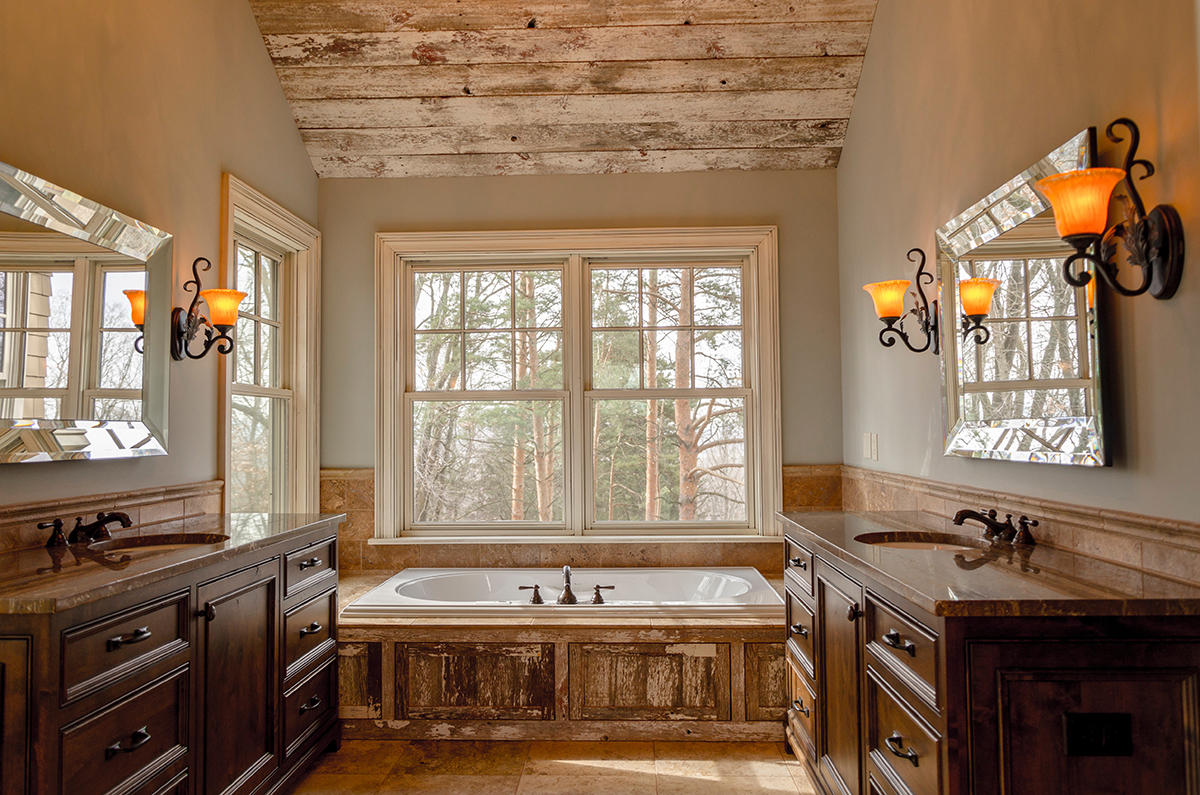 After five seasons of seeing Chip and Joanna Gaines revamp homes around Waco, TX, Fixer Upper will be saying goodbye. And although fans from all over will soon no longer be able to tune every week, that doesn’t mean they won’t be able to take a little something away from the TV series. And no, we’re not talking about the cute stuff from the Gaines’ Target line, Hearth & Hand, or Joanna’s own line of pillows and paints. We mean shiplap!

If there’s anything that Mrs. Gaines loves talking about more than how to transform a house into a work of art, it’s shiplap. But before we jump into the actual DIY projects, let’s get to know the wood a little better. Even though Joanna tosses the word all over each episode, Scott Sidler of The Craftsman Blog explains what shiplap actually is. According to the him, this particular type of wood “has a special rabbet or notch cut on the edges of the board. These rabbets allow the boards, when installed horizontally, to self-space themselves and keep water from getting behind them because they fit so perfectly.”

So from the traditional standpoint, these pieces of wood aren’t just nailed to a wall or placed in different patterns. They fit together almost like a puzzle and a usually arranged horizontally. But since we’re showing our love for Fixer Upper in this particular piece, then let’s just think about it as reclaimed wood that will be upcycled. Besides reusing older materials is better for the environment.

But before you start grabbing old wood from the dump or plowing into your walls, it would be good to know how to prep your shiplap for your project. Chip Gaines highly suggests that you make sure you strip away any of of the old adhesive and metals like nails from the boards. Not only will that make it easier to use the wood for your project, but it also makes it safe enough to handle.

And now that you have more insight into the ins and outs of shiplap. Find out how you can use the reclaimed wood to add a new feature to your home below.

Most home designers and carpenters would be more inclined to use shiplap as a way to accent a wall. However some of you might not want all that wood in your bedroom, even if it would only cover one part of it. So if you want to bring the country feel in without having to feel like you’re in a log cabin, a shiplap headboard might be a great option for you. As we mentioned above, shiplap is traditionally laid out horizontally and fits into place because of the tongue and grooves in the wood. But that doesn’t mean you can’t arrange a number of those planks together and then cut out a shape from it like the curved one above. Changing up the shape will give it a different look and brings a unique feature to your room.

However if you’re looking for something more straightforward. You can build one with the traditional rectangular shape, like the one below. Instead of painting it white, you can bring out the rustic vibe by staining it instead. You’ll definitely feel like you’re out of the big city with that standout piece.

4.) Add Flair to the Fireplace

Fireplaces add a homey quality to anyone’s place. But sometimes the brick or stone facing can make it feel like you’re back in the middle ages. Or if you have one of those gas or electric ones, it could feel a little too modern. One way to add more character is by framing it in shiplap. Now opposed to painting the brick or even tiling it, the construction may take more work. So depending on your skill level and how high you want to bring up the wood, then you may want to hire a professional to do it for you.

3.) Create Warmth in the Kitchen

It may seem that shiplap is meant for people who like that country feel at home. But you can actually use it to just bring in warmth to a cold part of your place. The kitchen is a great example of this. If your appliances (i.e. refrigerator, stove, etc.) are made of steel, then maybe you can bring in a comforting touch by using shiplap instead of a backsplash. If you’re not into a dark wood look, then you can whitewash it or just paint it with a more opaque white.

Another option is by wrapping your island with shiplap. This will bring in a rustic element to your kitchen. Besides who doesn’t like having their home’s focal point be where you get to nosh on delicious food?

2.) Open Up the Bathroom

If you’re tired of tiles all over your bathroom, perhaps a little shiplap can break it up a little bit. Aside from adding it to a wall as a feature, you can also bring a bit of dimension in by putting it on the ceiling instead as Joanna does in this project. Not only could it make your bathroom feel bigger, but it also is a nice surprise when you look up in the morning.

And if you’re weary about adding shiplap to a place that tends to be damp most of the time. But if you prime it and make sure that it’s treated, then it shouldn’t be a problem.

Although we’ve been talking a lot about shiplap, there’s revamped version of the wood that Joanna introduced onto the show. She calls it “skinnylap.” Pretty much, it’s the same idea as shiplap because it’s still old wood that you’re reusing. However, it’s now thinner planks of natural material that are adhered to a piece of plywood. Unlike shiplap, skinnylap doesn’t seem as overbearing when you add it to all the walls as the Fixer Upper star did in the video above. It also makes the bedroom look very unique. Now, the only thing you’ll need to do to get this project done is to find enough pieces for your walls.