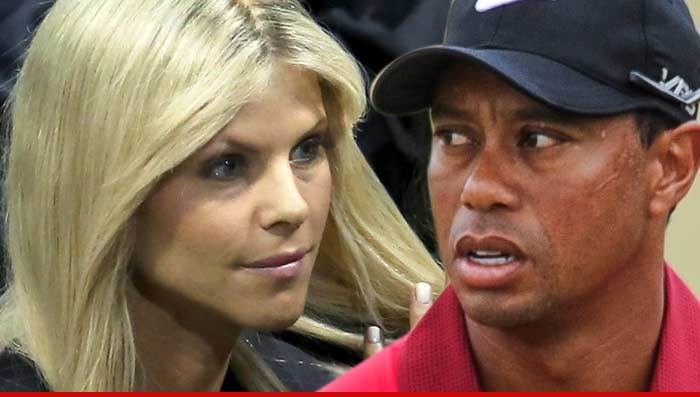 Elin Nordegren was born in Sweden in 1980. Her dream was to be a child psychologist, but her plans were sidetracked when she met Mia Parnevik, wife of golfer Jesper Parnevik.

The couple hired her to be their children’s nanny, so she moved full-time to the US. Little did she know that her life would soon be in the public eye, thanks to a very talented American athlete.

Tiger Woods was a friend of Jesper, and he was immediately smitten with Elin. He asked the couple to introduce them but she was dating someone else at the time. She also had many other suitors, so she had little interest in Woods.

But the stars aligned in 2001, when they formally met at the Open Championships. Putting Tiger in Elin’s path was something the Parneviks would later come to regret.

After dating for two years, Woods and Nordegren traveled to South Africa for the Presidents Cup. It was in that country that Tiger proposed to her, at the luxury Shamwari Game Reserve.

They were married the next year, at the Sandy Lane resort in Barbados. The whole celebration cost Woods almost $2 million. But money cannot buy a happy marriage, as Elin would find out soon enough.

Nordegren’s first brush with the dark side of fame came in 2006, when nude photographs that started circulating online were purported to be of her. Later they were established to be fakes, but it left a bitter taste for the spotlight in Elin’s eyes.

Her family life seemed to be blossoming, though, having welcomed a baby girl in 2007 and a baby boy two years later. But it would be that same year that her whole world would start to unravel.

It was Thanksgiving 2009 when Elin found out about a tabloid story that claimed Woods was cheating on her. Though he tried to deny it, she found text messages from his mistress on his phone. Enraged, she chased him out of the house with a golf club, and he tried to escape in his car.

Having taken sleeping pills, he crashed and passed out. The incident became public, and ended up uncovering Tiger’s sordid secrets.

The ensuing media scandal exposed Woods as a serial adulterer. He had been cheating on Elin since the beginning of their relationship, and he would end up confessing to having slept with at least 120 women.

Woods took a break from golfing to work on his marriage. He entered rehab for sex addiction and planned to gift a new house to Elin as an apology. But Nordegren was already renegotiating her prenup and filed for divorce soon after.

Tiger lost endorsements from Nike, Gatorade, Gillette and Accenture, and never won a championship again. Elin, for her part, bought a $12 million mansion with part of her settlement money. But you’ll never guess what she did after that.

Not So Humble Abode

The Florida mansion had been built in 1920. It was beautiful, but after hiring an architect to do some improvements, she learned that it would be cheaper to demolish than bring it up to current safety codes.

She loved the house, so she hesitated. But the house was also infested with termites and ants, and in the end she opted for demolition – but not before doing something incredible.

Instead of selling the salvageable items, she gave it all to Habitat for Humanity. In the course of four weeks, they came to the house and picked up anything that was still usable. They then sold them off at an auction, including a 12-foot fountain, 14 vanities and five sub-zero refrigerators.

In the meantime, Elin and her children stayed at a rented house nearby. Would philanthropy be her new path?

After almost 20 years in the US, Elin was finally able to pursue her career goals. She enrolled in Rollins College in Winter Park, Florida, to study a bachelor’s degree in psychology. Having earned a 3.96 GPA, she was honored by her class as Outstanding Senior and gave a speech at commencement.

She plans to continue her advocacy for foster children, including mentoring and fundraising. With her professional life now on track, it was time to rebuild her personal life.

Tiger and Elin have been able to get past the cheating and are now good friends. “Having the relationship that I have now with her is fantastic. She’s one of my best friends. We’re able to pick up the phone, and we talk to each other all the time,” said Woods of his ex-wife.

How were they able to work things out?

In an interview with TIME, Woods credited his renewed friendship with Nordegren to simple communication – something they lacked during their marriage. “Our frustrations would have come out if we had talked about it and been open and honest with each other. Which we are now, and it’s absolutely fantastic.”

Seems like they’ve figured out what went wrong… maybe this means there’s a chance for reconciliation.

A New Shot At Love

As it turns out, Elin has a new man in her life: coal magnate Chris Cline, whom she met all the way back in 2011. Though he’s just as rich as Woods, Cline prefers to keep his life private, and seems to have a lot more in common with Nordegren.

They’re both single parents and share an interest in philanthropy. This relationship appears to have a solid future, but could Tiger win back her love?

After recovering from sex addiction, Woods started dating Olympic gold medal skier Lindsey Vonn. The couple split up after two years, and he has been spotted recently with Erica Herman, general manager of Woods’ restaurant chain. It seems he has no interest in rekindling a romance with his ex, which might be best for both of them.

Elin has been tight-lipped about the whole ordeal, until a recent interview she gave to People magazine.

“In the beginning, you tamp down the animosity for the kids’ sake. I’m not going to deny that I went through the wringer,” she told People. “But I don’t think I doubted we’d end up here. That was always my dream, that the kids can have two loving parents that show respect for each other. And I feel that’s what they have.”

They say all’s well that ends well, and perhaps it will be true for this pair.