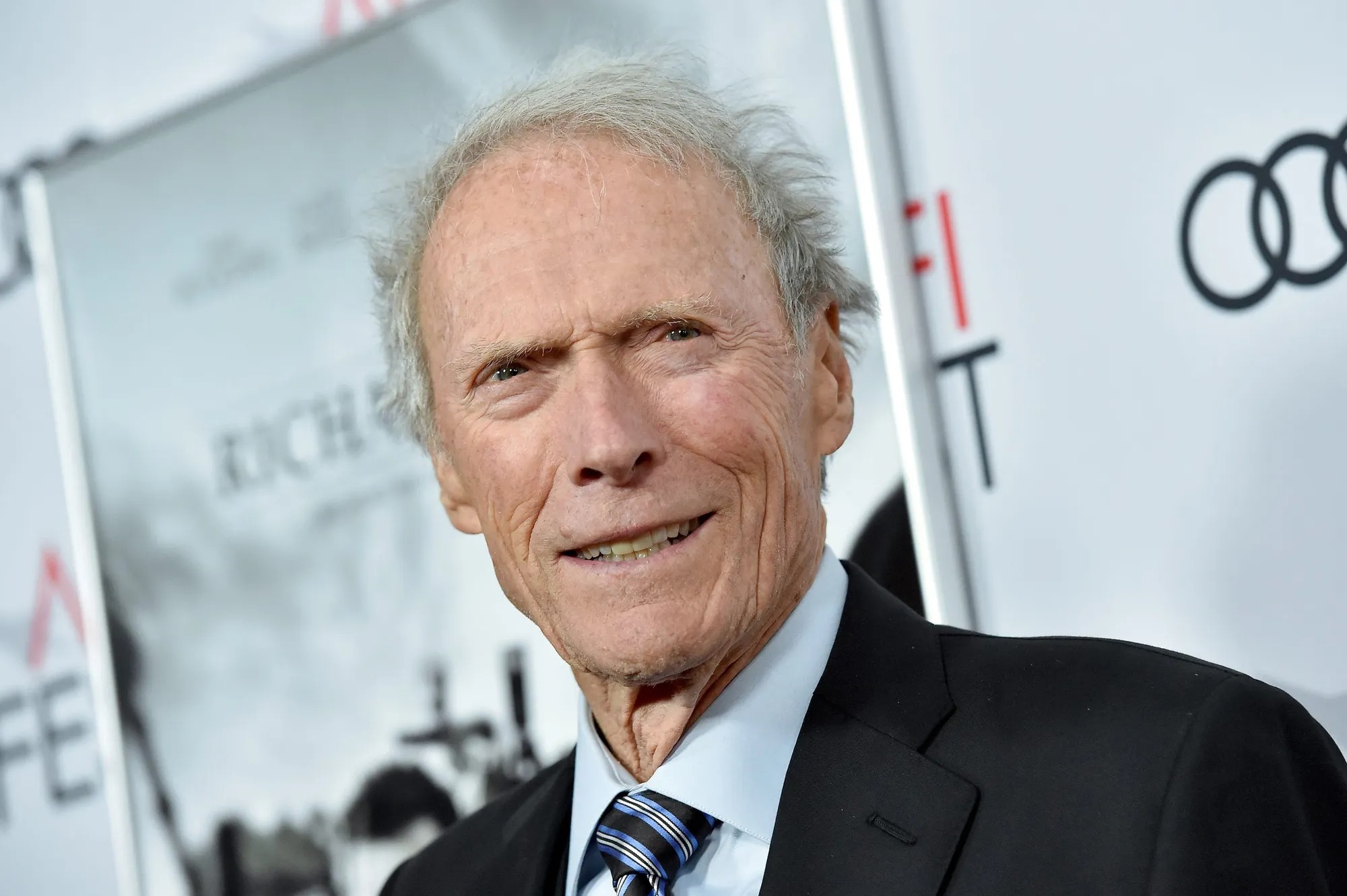 The following list of performers were big stars during the “Golden Age. This period of show business ran through the 1910’s all the way to the 1960s, and they are all still living and breathing!

Just because they have kept their heads low and they’re not featured as much on the media does not imply that they have passed on. Several of them are still active in the entertainment business.

William Daniels may not be as well-remembered, but the award-winning actor’s character as Mr. Feeny in the famous sitcom Boy Meets World is hard to forget. Some of his other notable work includes St. Elsewhere, for which he won two Emmy Awards and Carter Nash in Captain Nice.
More recently, he brought back his role as Mr. Feeny in the spinoff show Girl Meets World and he also made an appearance in Blades of Glory. He has had a long and succesful career without a doubt!

The beautiful Italian Sophia Loren was one of the original “it girls” and she is without a doubt one of the greatest actresses of the Golden Age.After landing her first leading part in “Aida” in 1953, Loren went on to forge a reputation that peaked in 1962 when she took home the Best Actress Oscar for her work in “Two Women.”

She recently returned to the screens in 2013 in an adaptation of the well-known play, The Human Voice. She also starred in the Netflix film, The Life Ahead as Madame Rosa.

Anthony Hopkins has a lot of successful work under his belt. He is most known for his chilling portrayal of Hannibal Lecter in Silence of the Lambs, which bagged him an Academy Award.

Everyone is probably curious about his more recent works! Hopkins portrayed Odin in the 2017 film, Thor: Ragnarok. He will be returning to the role in July of 2022. Anthony Hopkins is undoubtably an amazing actor, and he’s showing no signs of slowing down.

Everybody knows and loves Bob Barker for hosting the show The Price is Right. The show began in 1972 and ended in 2007, and prior to this he hosted Truth Or Consequences. He is definitely a household name for people from all ages.
To make matters even sweeter, he was the voice of Bob Barnacle in Spongebob Squarepants! It is clear that Barker was a very integral part to many people’s childhoods.

It’s difficult to keep track of all the iconic characters that Dame Julie Andrews has played over the years. The Sound of Music and Mary Poppins are two of the most well-known.

More recently, she was the Queen of Genovia in The Princess Diaries, Karathen in Aquaman. She will also be voicing Marlena in the upcoming animation, Minions: The Rise of Gru. She hasn’t shown any indications of slowing or stopping, and to be completely honest, we’re perfectly fine with that.

Dick Van Dyke shown his versatility as an actor, singer, writer, comic, and dancer. He first gained notoriety as a performer on radio and in live theater and earned his Tony Award in 1961.

His most well-known role was as the lead in the 1961–1966 television sitcom The Dick Van Dyke Show. He began his acting career throughout the series and appeared in the musical Bye Bye Birdie in 1963. He also recently voiced a character on the show Kidding.

Born Melvin Kaminsky, Mel Brooks has had a remarkable seven-decade career in this industry. He is even listed among those who have won an Emmy, Grammy, Oscar, and Tony award, or the “EGOT” list.

The famous Mel Brooks, who is now 95 years old, is still the benchmark for comedic performances on stage, screen, and television. Brooks recently voiced Vlad in Hotel Transylvania as Dracula’s father.

One of the greats of jazz and popular music, Tony Bennett, fought in the Second World War before launching a career that lasted for more than 50 years.

Many generations have been touched by Tony Bennett’s immediately identifiable beautiful voice. He continues to be active and even co-wrote and co-produced the 2014 album Cheek to Cheek with Lady Gaga.

American actor Jon Voight rose to fame after playing street hustler Joe Buck in the famous movie Midnight Cowboy (1969). He then had a stellar career playing complex starring and supporting roles in a variety of films and television programs.

He is also the father of famous actress Angelina Jolie and he simply won’t give up acting, and we appreciate that. Since 2013, he has played Mickey in the Ray Donovan show, and he also featured in the movie Roe v. Wade.

Jerry Lee Lewis, also referred to as “The Killer,” is regarded as a wild man and one of the most important pianists of the twenty-first century. He unfortunately became involved in various scandals when he was younger, which probably hurt his musical career, but he finally recovered and became a popular country performer.

He is now working on a new album and still gives regular performances. Lewis has seven marriages to his credit.

Loretta Lynn is one of country music’s golden girls with the record for the most highly awarded female country singer and songwriter.

She’s still performing today, and CMT even named her Artist of a Lifetime in 2018.

Tommy Lee Jones is best known for his roles in Batman Forever, The Fugitive, and Men in Black, with his performance in The Fugitive gaining him some prestigious awards.

As of late, Jones has scored roles as Duke Montana in The Comeback Trail and as Jimmy Cleats in Wander.

Star Wars fans will be relieved to know that Billy Dee Williams, AKA Lando Calrissian, is still alive and well.

He’s acted in other productions throughout the years, but perhaps most notably, he reprised his role as Lando in Star Wars: The Rise of Skywalker in 2019.

Marla Gibbs is best known for her time on the TV show The Jeffersons, which aired from 1975 through 1985.

She’s won a whole host of prestigious awards for her acting chops, and most recently, she’s been in the films Please Stand By and Love Jacked.

You’ll recognize John Astin, who is referred to as “usually mustachioed” by IMDB, as Gomez Addams on The Addams Family. He studied math at Johns Hopkins University before realizing his passion for performing.

Most recently, he starred as Uncle Dudley in Justice League Action in 2017.

Richard Chamberlain became an international icon for his role as “Ralph de Bricassart” in the mini-series The Thorn Birds. He’s since won three Golden Globe awards over the course of his career, one that continues to press onward.

He’s appeared in 2019’s Twin Peaks and Finding Julia. In 2020, he starred in the drama Echoes of the Past alongside Max von Sydow, but the film’s release date had been postponed due to the pandemic.

Tippi Hedren got her start as a model before being discovered by Alfred Hitchcock and being cast in The Birds in 1963.

Since then, she’s appeared in more than 80 movies and TV shows, with her most recent projects being in the TV show Cougar Town in 2013 and the movie The Ghost and the Whale in 2017.

Clu Gulager, star of The Virginian, is now in his early 90s and has long since retired from Hollywood. He had a role in 1985’s The Return of the Living Dead however bigger roles weren’t as common for him thereafter.

He was, however, a recurring guest on shows like North and South, Murder, She Wrote, MacGyver, Walker, Texas Ranger, and Dr. Quinn, Medicine Woman.

Born in 1933, Kim Novak was originally poised to be the next Rita Hayworth for Columbia Pictures. She starred in the 1954 film Pushover but is best known for portraying Madeleine Elster/Judy Barton in the 1958 Alfred Hitchcock film Vertigo.

Novak is no longer acting but is a photographer, poet, and visual artist.

George Hamilton has acted in 120 movies during his career, most notably Love Possessed and Love at First Bite.

More recently, in 2019, he played Jack in the TV show Grace and Frankie and Spencer Blitz in American Housewife.

Eva Marie Saint is best known for her role in Elia Kazan’s On the Waterfront, as well as Alfred Hitchcock’s North by Northwest. She is one of the last surviving stars from the Golden Age of Hollywood.

Saint took more than a decade off from acting but eventually returned in 1986 to play Tom Hanks’ character’s mother in Nothing in Common. More recently, she voiced the elderly Katara in Nickelodeon’s The Legend of Korra.

This Swedish-American actress is known for her singing and dancing talents – so much so that she gained the nickname “The Female Elvis.” She’s starred in Bye Bye Birdie, Viva Las Vegas, and has also performed several covers of Elvis songs, including “Heartbreak Hotel.”
She was on the TV series Ray Donovan and Happy!

She is currently playing Mrs. Garrington in The Adventures of Buddy Thunder.

Apart from having the best name ever, Chubby Checker is best known for popularizing the “twist” dance style as a rock ‘n roll singer and dancer.

He’s released singles here and there throughout the 2000s, and in 2015 he produced “Rock and Roll to the Rescue”, a show designed to help rescue animals.

Bob Newhart is a stand-up comedian known for his deadpan delivery, but he’s also done his fair share of acting. He starred as Robert Hartley on The Bob Newhart Show and has since been in Elf, Catch-22, voiced in The Rescuers, and made six guest appearances on The Big Bang Theory.

More recently he’s been in the TV shows Young Sheldon, and Filthy Rich.

Paul Michael Glaser is most recognizable for his role in the TV series Starsky and Hutch and the iconic film Fiddler on the Roof in 1971.

In 2019 he played Leo in the TV show Grace and Frankie, and his most recent film endeavor was voicing Kjeld Playwell in Lego: The Adventures of Clutch Powers.

Carole Cook is best known for her work in musical theater, film, and TV. She was a protégé of actress Lucille Ball in 1959, and went on to star in Broadway musicals such as 42nd Street and Hello, Dolly!

She hasn’t done much in the theater world since 2006, but in 2018 she played Erika Ericson in the movie Waiting in the Wings: Still Waiting, and Pearl Goodfish in the TV show Break a Hip.

You’ll know Norman Lear for the incredibly famous works he’s produced and written, including All in the Family, Sanford and Son, and One Day at a Time.

Nowadays he’s a political activist, and in 2017 he served as executive producer for the reboot of One Day at a Time. He’s also been the host of a podcast, entitled All of the Above With Norman Lear, since May of 2017.

Larry Storch got his start in show business when he worked as a stand-up comic for $12 per week instead of graduating high school due to hard times during the Great Depression.

Clearly that ended up working out for him, as he went on to portray Corporal Randolph Agarn on F Troop, as well as countless other TV shows and movies. Nowadays Storch is semi-retired, but he still travels around the country to greet fans, and maintains a large social media presence.