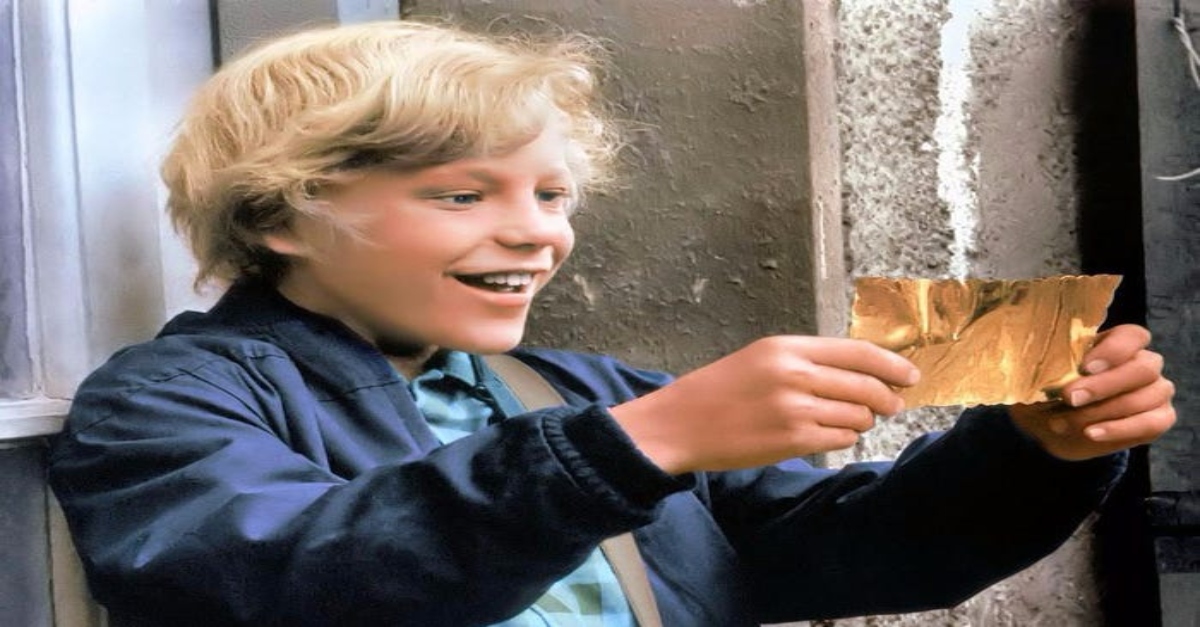 Fame is oftentimes quite fickle. New talented actors emerge onto the big screen all the time. With the cog turning, it’s no surprise that some actors prefer a change in careers.

Whether they couldn’t find new roles or they preferred the quiet life, here are what some of those celebrities do today. 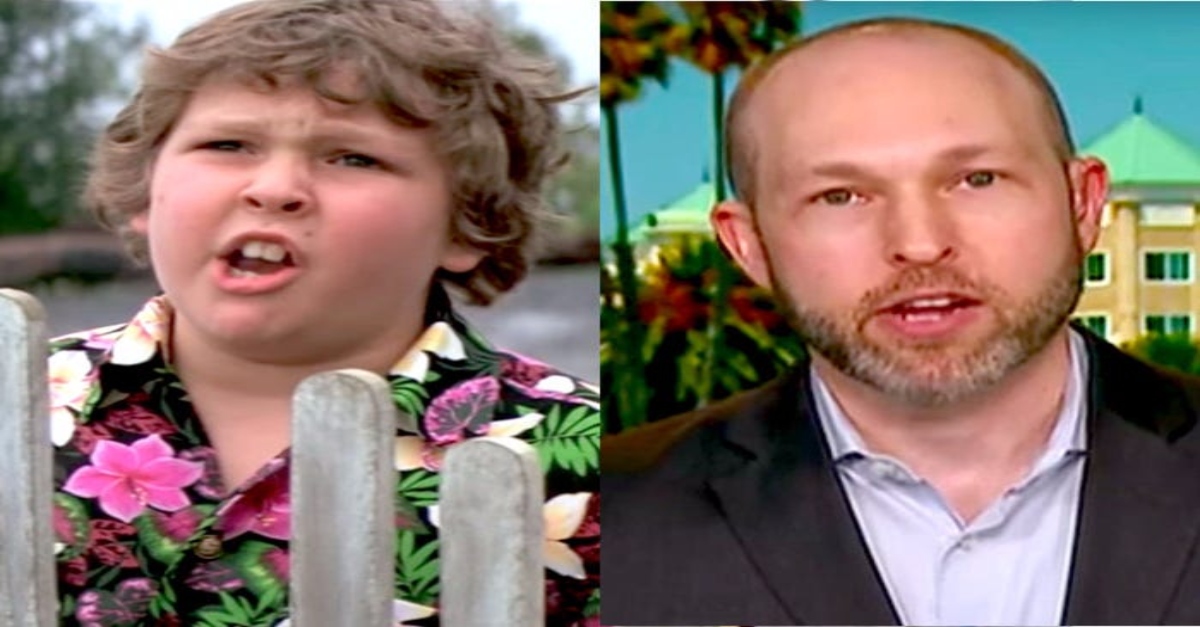 Warner Bros. and The Morning Show

Jeff Cohen starred in The Goonies as Chunk in 1985. Since then he found a few gigs at a few movie studios. But in the end, he decided to go in a different direction.

He went into law and even earned himself a J.D. from UCLA after going to Berkeley for a few years. 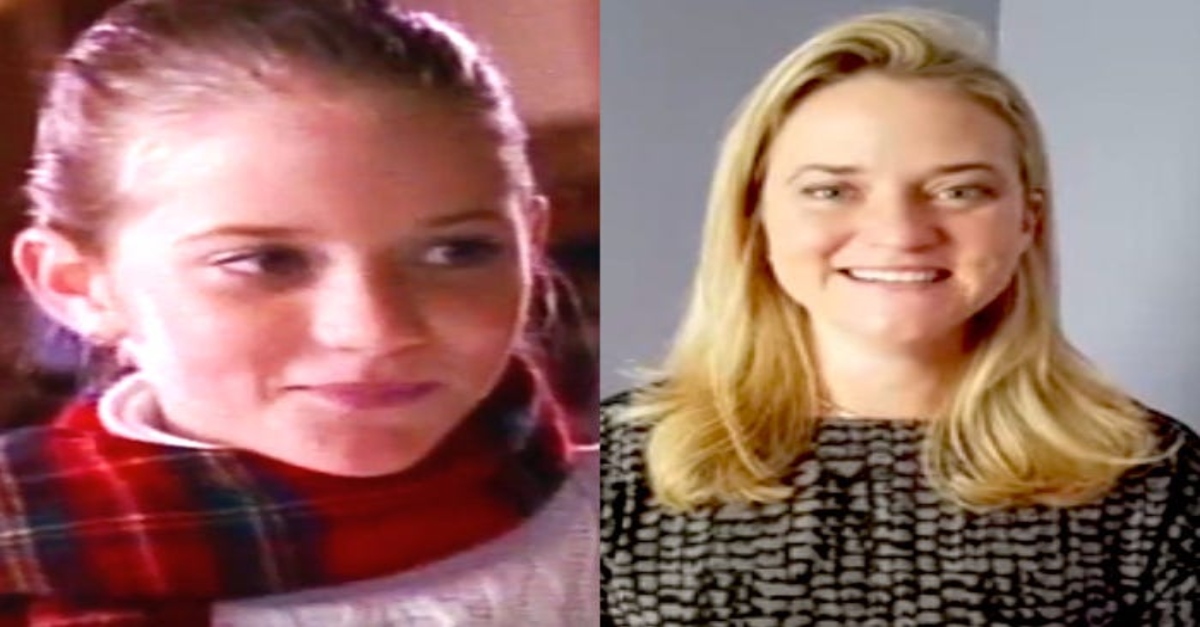 Crystal McKellar was Becky Slater in the TV series “The Wonder Years”. She acted alongside her sister.

Throughout her career, she always felt that it was important to keep up her education. She even studied at Yale and Oxford and went on to get a J.D. from Harvard. 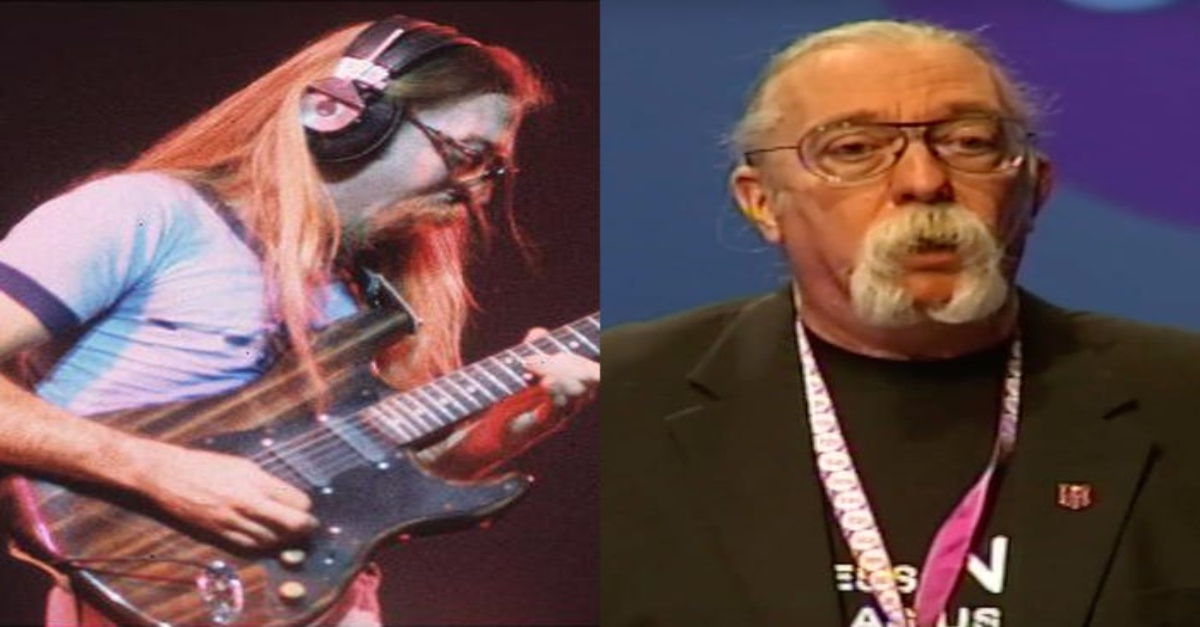 Nowadays he’s a defense consultant for the US Department of Defense. He got this role after the government noticed his knowledge of military software and hardware. 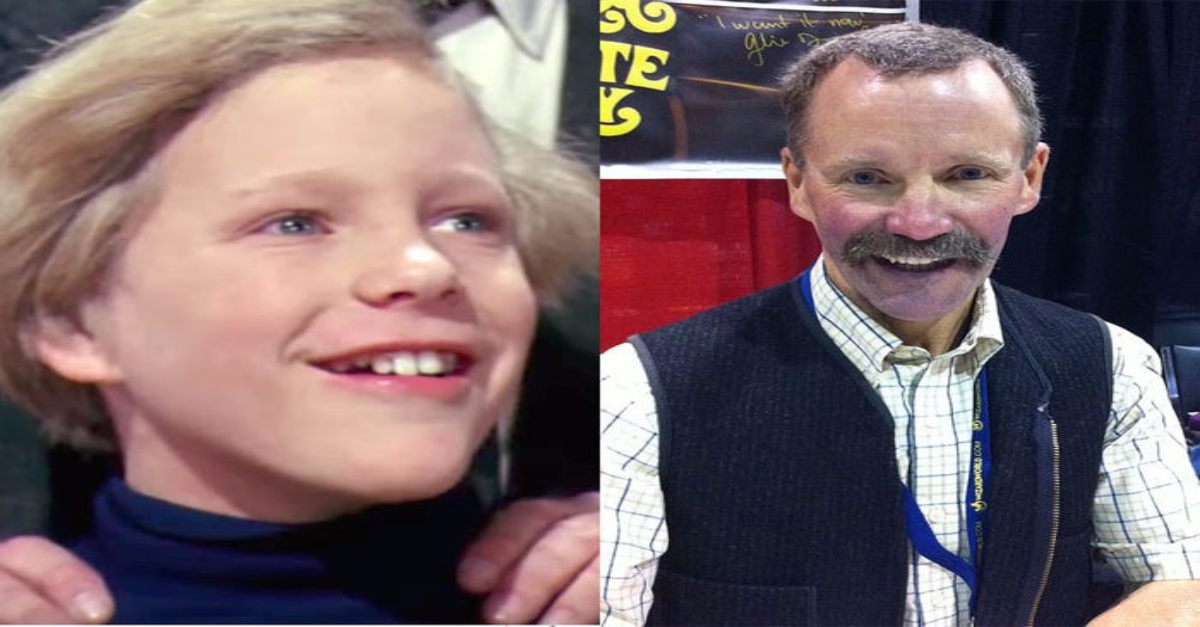 Peter Ostrum was the lucky child actor who got to play Charlie Bucket in “Willy Wonka and the Chocolate Factory”.

Ostrum ultimately left the acting world but his passion for animals drove him in the direction of a deeper passion. He studied at Cornell and got a doctorate in veterinary medicine. 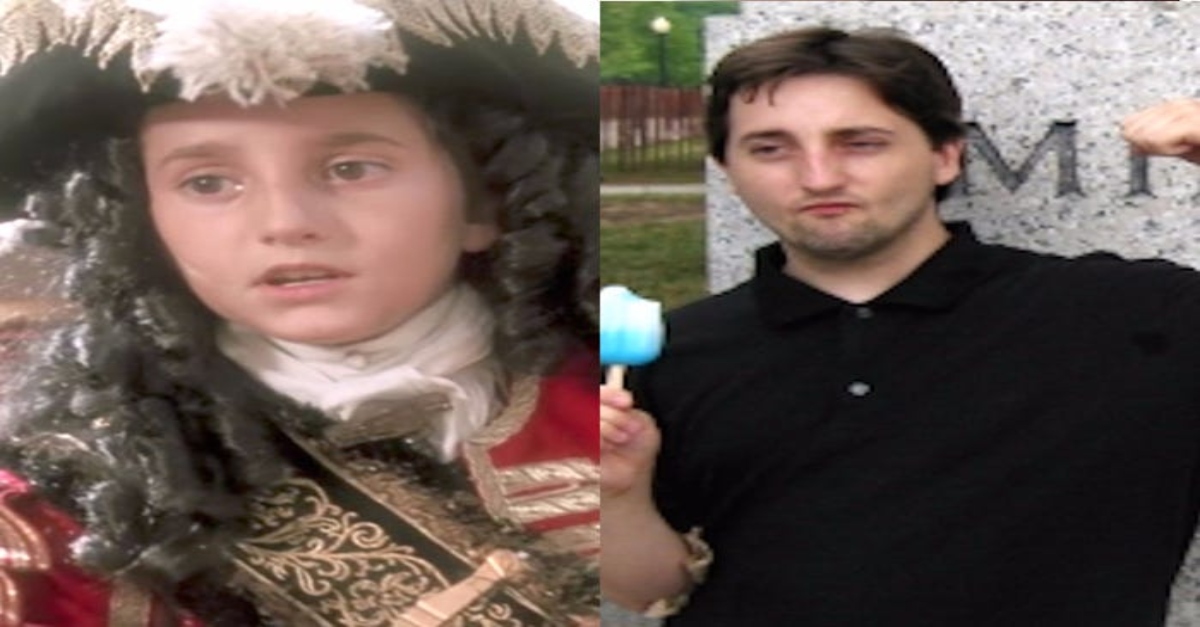 Charles Korsmo played Peter Pan’s son in “Hook” as well as Siggy in “What About Bob?”.

He felt that acting wasn’t for him and pursued studies in physics. He even graduated from MIT with a B.S. in physics and then furthered his education at Yale, getting a J.D. 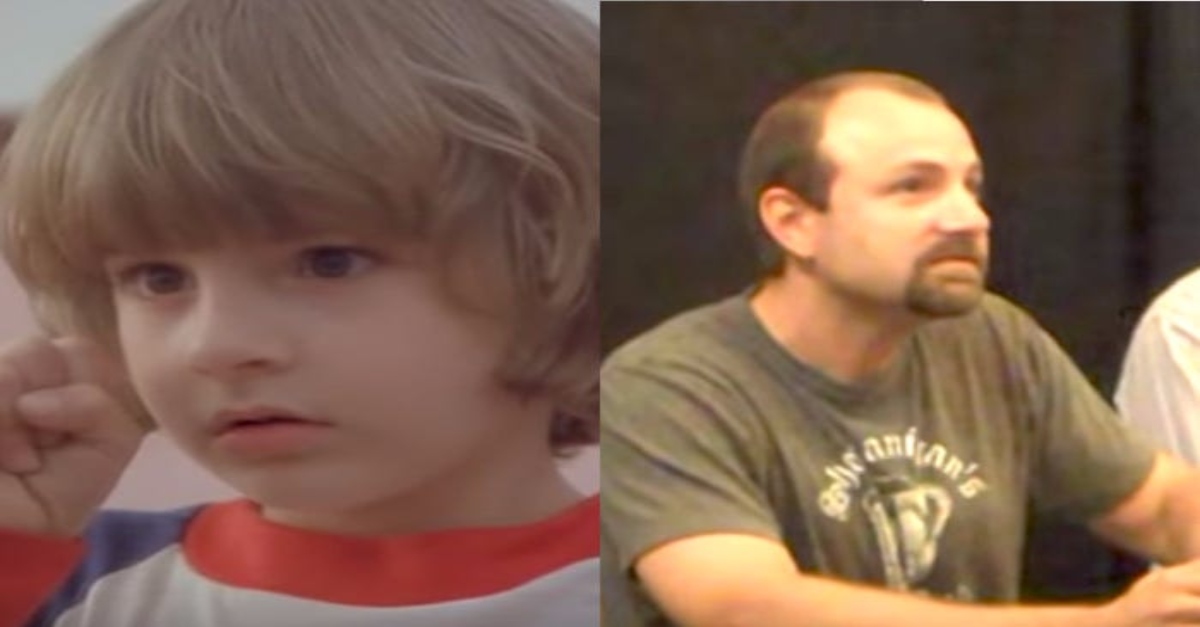 Danny Loyd played an iconic role as Danny Torrance in “The Shining” who didn’t even know he was playing a horror movie role.

He opted for a normal life as a teenager and is now a biology professor at a community college somewhere in Kentucky. 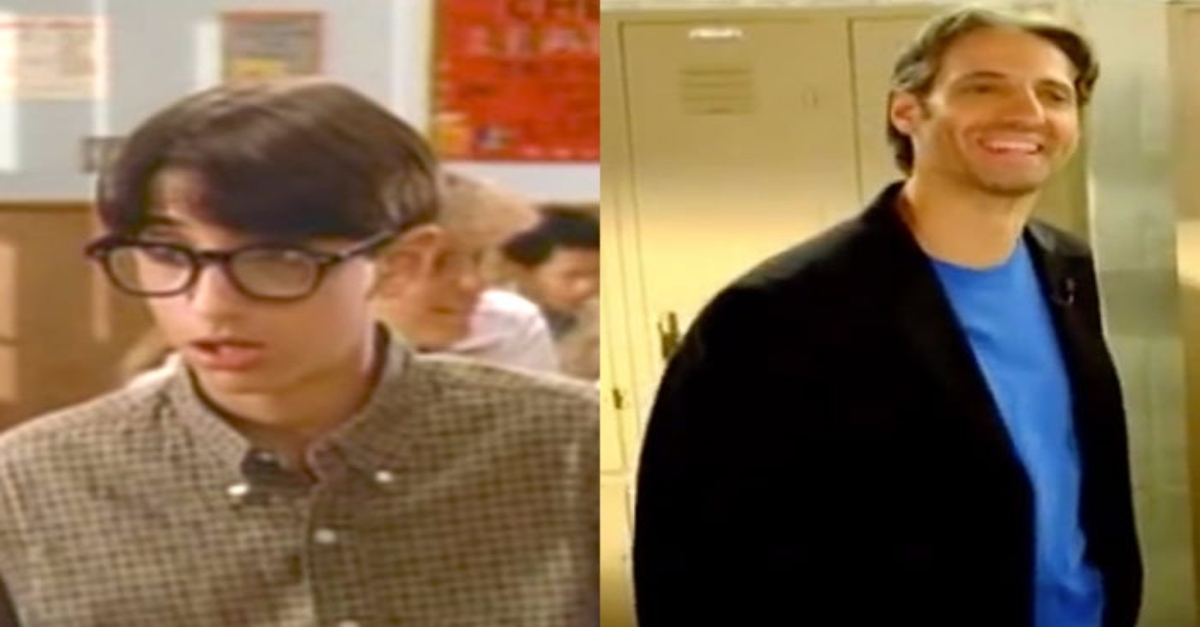 Joash Saviano played many roles throughout his career but his most notable is easily Paul Pfeiffer in “The Wonder Years”.

Nowadays he’s got a J.D. at Yeshiva’s Benjamin N. Cardozo School of Law. 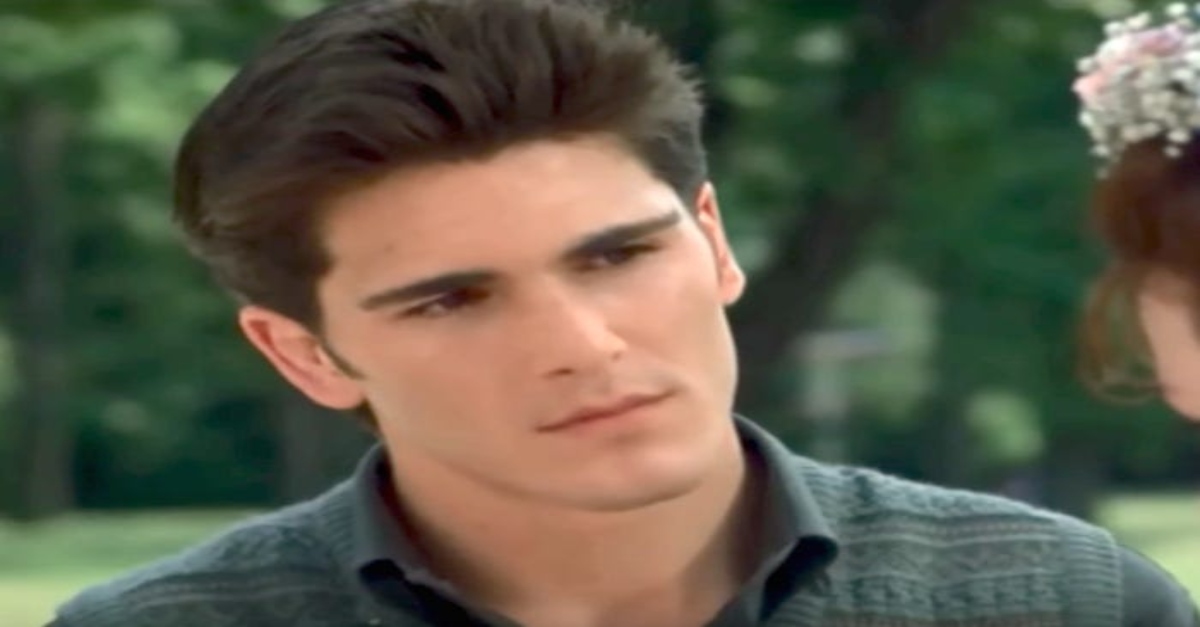 Michael Schoeffling played in “Sixteen Candles” as Jake Ryan in this comedy classic from the ’80s.

Right after the movie Schoeffling decided to hang up his acting career for good. He now supports his two children and has a woodworking shop in Pennsylvania. 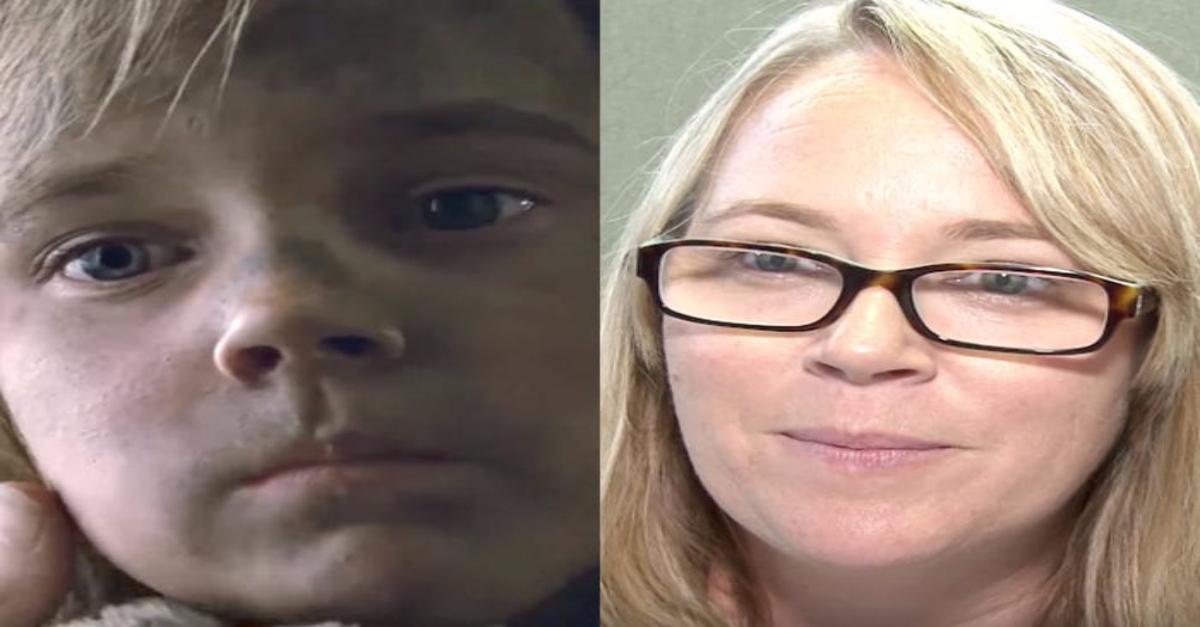 Carrie Henn played Newt in “Aliens”.  Talent scouting found her eating at a cafeteria in an Air Force Base.

She actually chose to stop acting despite her acclaim. These days she’s a teacher in Northern California. 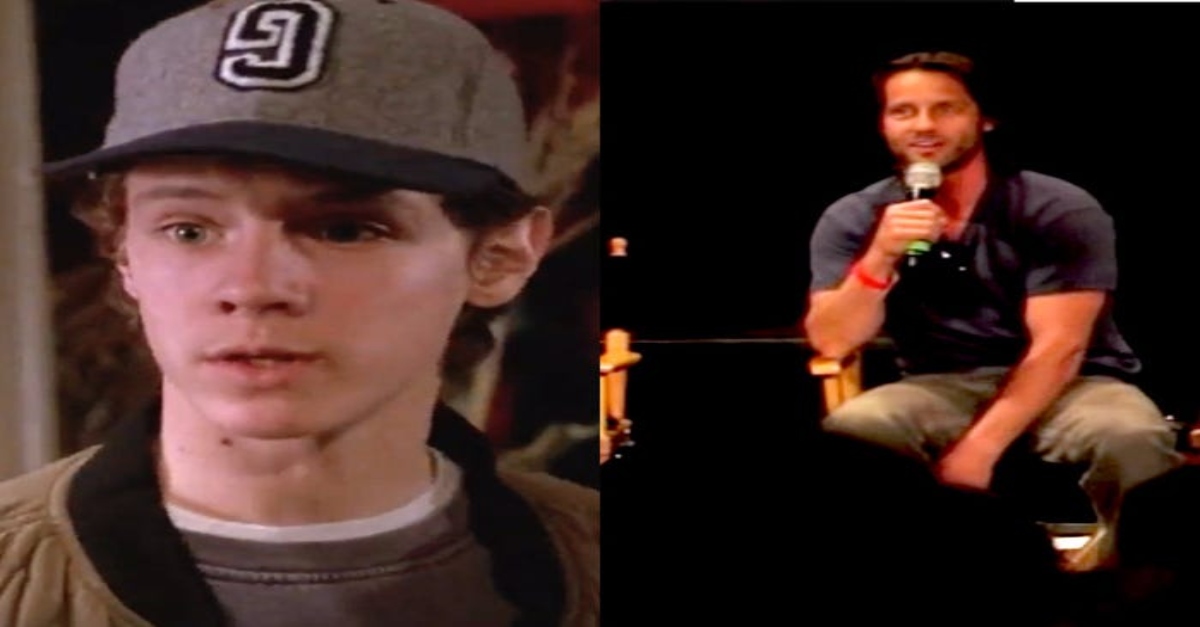 Claim to fame: Katz is most famous for his portrayal of candle-lighting virgin Max in Disney’s spooky cult classic “Hocus Pocus.”

What he does now: According to IMDb, Katz has left the world of acting to work as a hairdresser. 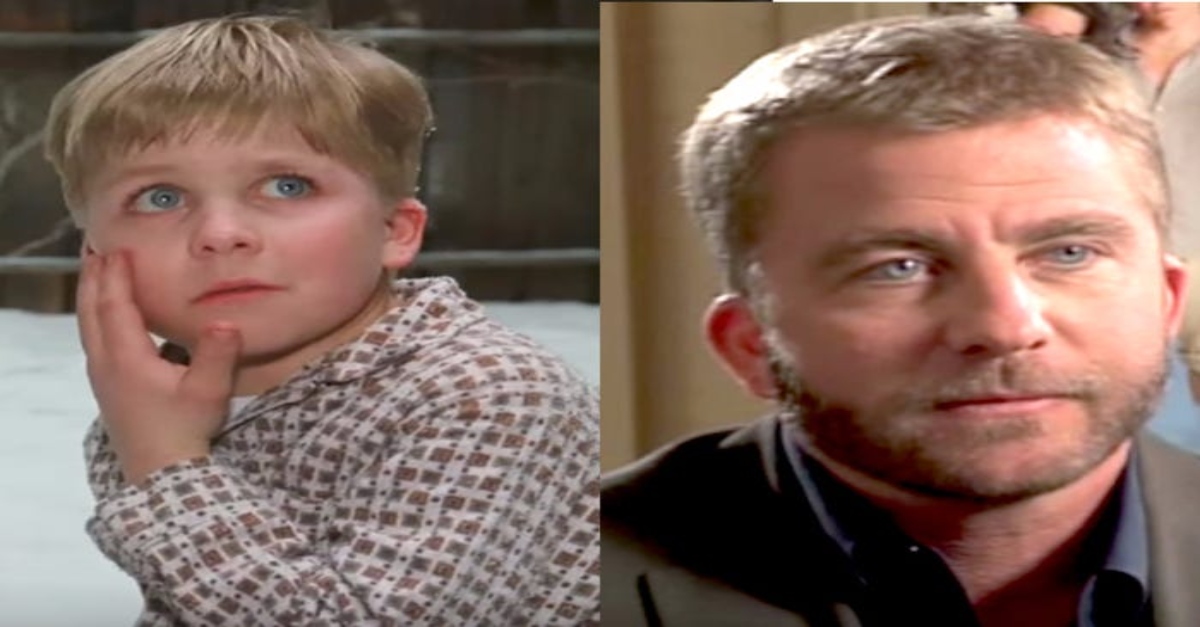 Claim to fame: Billingsley has appeared in numerous films and television shows over the years.

His most famous role is that of Ralphie Parker, a young boy determined to get his hands on an “official Red Ryder carbine action, 200-shot, range model air rifle with a compass in the stock and this thing that tells time” in the 1983 Yuletide classic “A Christmas Story.”

What he does now: Billingsley never left the entertainment world. Now he just works behind the scenes, with a few cameos here and there (like his brief appearance in “Elf”). He’s been able to transition from child actor to what Buzzfeed calls “a steady and successful Hollywood player.” 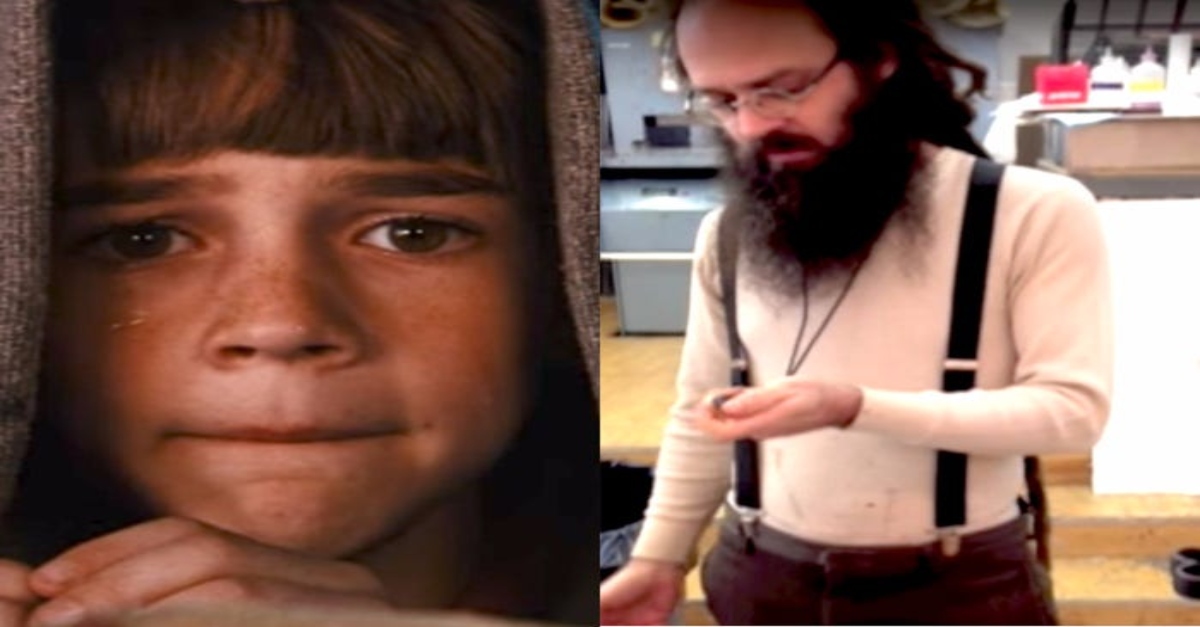 Claim to fame: Oliver is most known for his role as the alliteratively-named Bastian Balthazar Bux in “The NeverEnding Story.”

What he does now: IMDb reports Oliver is now working on the other side of the camera. He teaches photography and even authored a book on the nineteenth century photo process, “A History of the Woodburytype.” Claim to fame: Lawrence played the irritating, bacon-loving Beans in Disney’s “Even Stevens,” which ran from 2001 to 2003.

What he does now: The Daily Mail reported Lawrence now teaches seminars at USC, Berkeley, and in California high schools while acting in the odd commercial. According to the Mercury News, he also surprised fans when he appeared as one of Santa’s helpers at a California mall in 2015.

Isaac Lidsky — Barton ‘Weasel’ Wyzell from ‘Saved by the Bell: The New Class’ Claim to fame: Lidsky portrayed the nerdy Weasel during the first season of “Saved By the Bell: The New Class.” Shortly after, he received news he had retinitis pigmentosa and would ultimately lose his vision, according to the Tampa Bay Times.

What he does now: There’s a reason TED invited the former child actor to discuss his “eclectic résumé” in 2016. Lidsky left Hollywood in order to pursue his education, enrolling at Harvard at the age of 15 and graduating with degrees in computer science and applied mathematics, the Tampa Bay Times reported.

He went on to pursue a legal career, clerking for Justice Ruth Bader Ginsburg and retired Justice Sandra Day O’Connor as the first legally blind law clerk in the history of the US Supreme Court, according to CNN.

Dylan Sprouse — Zack from ‘The Suite Life of Zack & Cody’ Claim to fame: Acting alongside his twin brother Cole, Dylan Sprouse starred in the Disney Channel series “The Suite Life of Zack & Cody” as Zack Martin. Sprouse was cast at age 13 and continued the lead role on the sequel series “The Suite Life on Deck,” which concluded in 2011. Previously, Sprouse and his brother shared the role of Julian ‘Frankenstein’ McGrath opposite Adam Sandler in the movie “Big Daddy” when they were six years old, along with small television appearances such as an episode of “That ’70s Show.”

What he does now: While his brother returned to acting on the hit show Riverdale, Dylan Sprouse stopped pursuing lead roles following his Disney Channel run. After graduating from New York University in 2015, he opened a brewery in Williamsburg, Brooklyn called All-Wise Meadery where he works today. Claim to fame: Travis Tedford became a child star after playing the role of Spanky in the 1994 film “The Little Rascals.” Additionally, he appeared on a Welch’s commercial when he was five years old as a “spokes-tyke” for the juice brand.

What he does now: According to IMDb, Tedford stopped acting in 2010 after appearing in the horror film “The Final.” Reports say he now works as an inbound marketing specialist in his home state of Texas. Amanda Bynes remained relatively quiet for several years after the chaotic period of 2012-2014. She sat for an interview with Paper in 2018, during which she apologized for her past behavior. She also stated that she’d been sober for four years. As she began her road to recovery, Bynes enrolled in the Fashion Institute of Design and Merchandising, earning her associate’s degree in 2019 and entering another degree program at the school (via People). In the Paper interview, Bynes expressed interest in returning to acting. In 2019, Bynes returned to rehab after an apparent relapse (via People).

Recently, the former actor has been active on Instagram, where Bynes revealed a heart tattoo on her face and a septum piercing, as well as news of her engagement to Paul Michael. In the last five years, Jason Segel’s career has vastly changed. From 2005 to 2014, the actor established himself as a popular comedic star, matching his lead role on the hit sitcom How I Met Your Mother with big screen projects like Forgetting Sarah Marshall, I Love You, Man, and Bad Teacher.

Jason Segel’s work has been primarily in the dramatic realm since, starting with 2015’s excellent The End Of The Tour, but it was while speaking about his latest movie, Our Friend, with Yahoo! that he dug into his departure from comedy. Talking about his inspiration for broadening his horizons, the actor explained. Diaz is still living in LA. Only these days, she prefers to stay home with her husband, 42-year-old Good Charlotte rocker Benji Madden, and their one-year-old daughter Raddix.

The couple first met in 2004 at a charity basketball game, but the actress was dating singer Justin Timberlake at the time. It wasn’t until 10 years later Diaz and Madden crossed paths again at a barbecue she hosted at her LA home. She invited her famous friends, Nicole Richie and Joel Madden, with the latter asking if he could bring Benji along. And the rest, as they say, is history. Claim to fame: Best known for her lead role as Tracy Turnblad in the 2007 remake of Hairspray, Nikki Blonsky landed a few small roles following the film’s success.

What she does now: According to reports in 2011, Blonsky worked at a shoe store in New York City and later as a hairdresser in her hometown on Long Island.