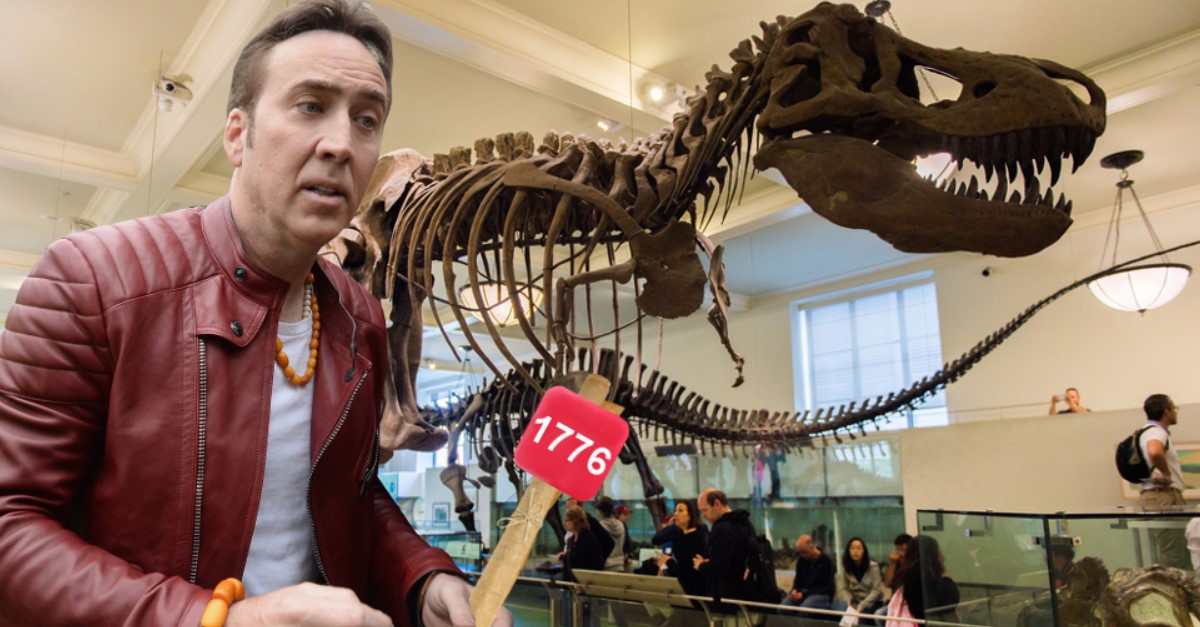 Exotic animals, hair extensions, and even dinosaur skulls. These are some of the most ridiculous things celebrities have spent their millions on.

Everyone knows Mike Tyson as one of the most influential boxers of all time. In 1997, the now retired boxer famously bit off a piece of Evander Holyfield’s ear. But Tyson has done a lot with the money he has made over the years.

He decided that normal domestic animals weren’t for him and in the early 1990s, he bought himself two Bengel tigers for $150,000.

Nicolas Cage has been starring in movies for decades now and in those decades, the experienced actor has made a lot of money. But it is safe to say that Cage has spent his millions on some questionable things.

Cage decided that he wanted some unique home decor and spent $276,000 on a massive T-rex skull! But unfortunately, the actor had to give it back.

Miley Cyrus is a multitalented musician and actress. During her teens, she starred in her very own Disney show before moving on to a hugely successful music career. That’s right, she has been earning millions since her teens!

But Miley is another celebrity who spends a lot of money on unnecessary things. She has been known to buy some pretty expensive hair extensions. They look good, but at $24,000, we don’t know if they’re worth it.

Beyonce has found massive success as an actress, singer, and songwriter. She rose to fame back when she was still the lead vocalist of the girl group, Destiny’s Child. Once she left the group, she was lucky enough to score an even more successful solo career. But she has committed the same sin that every celeb is guilty of.

She spent a lot of money on something she probably only wore a handful of times – gold leggings. They were worth $100,000.

We all know exactly who Donald Trump is. The former president of the United States has more money than he can spend, it comes as no surprise that he too has spent a lot of it on things that no one really needs.

Not only does he have his very own private jet, but the jet’s fixtures are also 24 karat gold! This includes the faucets, sinks, and seatbelts.

Tom Cruise has been a successful actor for four decades now. He is known for doing all of his own stunts and for being the star of the Mission Impossible franchise. A little while back, he bought a piece of medical equipment and you won’t guess what it was.

When Katie Holmes was pregnant with his child, he decided that he would like to check on the baby in the comfort of their home. He bought a Sonogram for a whopping $200,000.

Bono is one of few celebrities that has a mononym. Professionally, he is just known as Bono and nothing else. But the famous vocalist of U2 has spent money on some questionable things.

He once bought two tickets for a slight, which isn’t too ridiculous, right? But can you guess what took the seat right next to him? His hat. That’s right, he paid $1,700 for a plane seat for his hat!

Lady Gaga has always loved taking things to the extreme, from her looks to her performances. But she has spent her money on more than just crazy red carpet looks and designer dresses. You might think it’s quite absurd.

The pop star has spent $50,000 on a machine that has a very specific purpose. It is used to “detect ghosts.” Interesting, isn’t it?

Celine Dion is one of the best-selling Canadian artists and the best-selling French musical artist. She has experimented with many different genres and she has spent her money on some interesting things.

She has bought herself a humidifier. We’re not sure what she needs to keep humid in a room, but what makes this crazy is the price of the item. It cost her $2 million!

Paris Hilton is the granddaughter of the original owner of Hilton Hotels. She grew up with a wealthy family and has done many things throughout the years including singing, acting, and even being a businesswoman.

Most people know how much she cares about her dogs, but love can only go so far until it’s just a waste. She’s bought her dog a doghouse that cost $325,000.

Michael Dwayne Vick is an ex-American Football player. He is recognized as changing the way the quarterback position was played. He had a much more aggressive style when he played the position.

But just like every other celeb on this list, he has bought something incredibly expensive that he didn’t need. He bought a fish pond, but not just any fish pond. It cost him $85,000!

Mike Tyson has spent so much money on strange things that we thought he deserved another spot on this list. The retired boxer has not only bought two white Bengel tigers, but he didn’t stop there.

He decided that a normal bathtub would be something he wasn’t interested in. He wanted something a little more extravagant – like a solid gold bathtub that cost $2.3 million!

If you thought that Mike Tyson was only the one on this list that deserved two spots, you clearly don’t know Nicolas Cage well enough. T-rex skull? Check, now he just needed some other memorabilia.

Cage loves superheroes, he specifically loves Marvel and decided that he would get himself a vintage collection of the oldest comics. Those alone cost him $1.6 million!

Jay-Z started his career as an influential rap artist. But he didn’t want to stop there, he’s now also a record executive and even a media proprietor. With all of the wealth from his career, he knew what he needed to buy.

Jay-Z has a love for horses. So much so that he decided he had to buy a famous racehorse for an absurd amount of money, the most on this list at an insane $55 million!