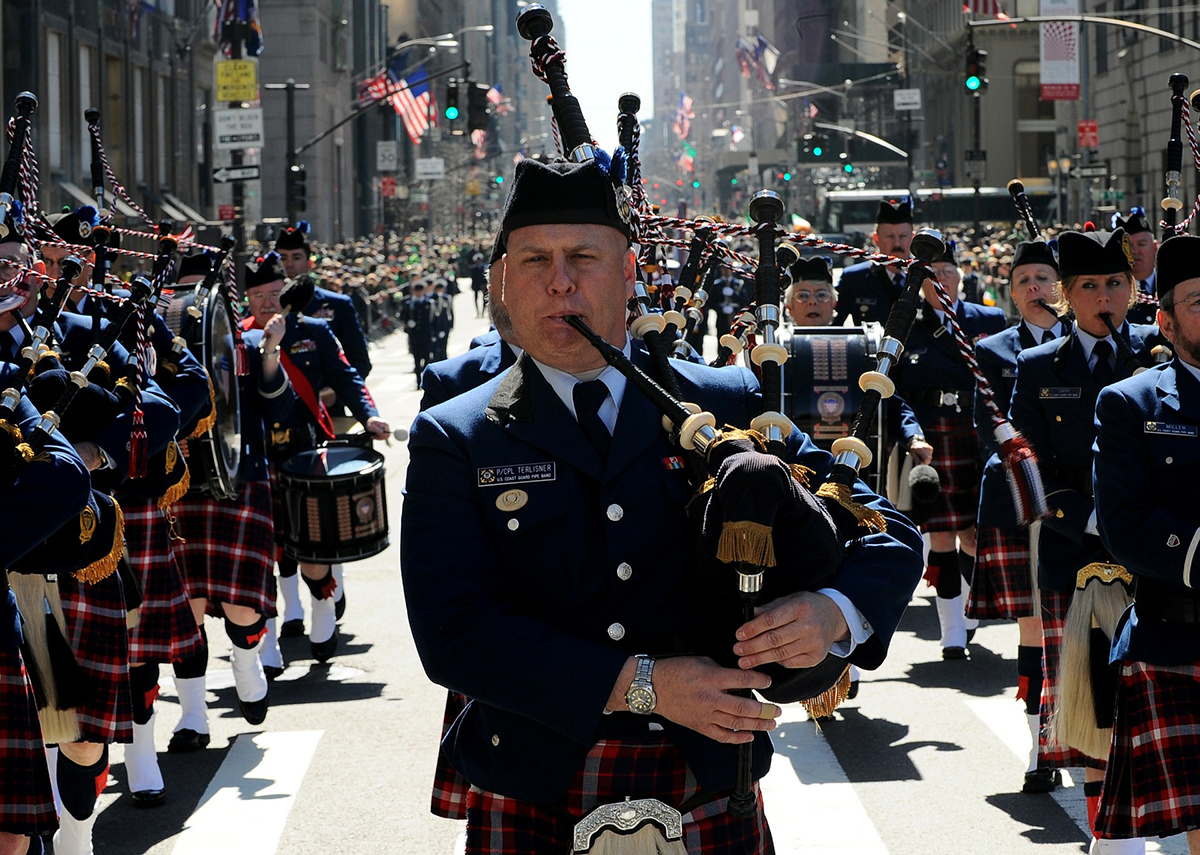 St. Patrick’s Day brings together people — Irish and honorary ones — together to commemorate the fifth-century patron saint of Ireland. And while it’s meant to honor a religious and cultural figure, it seems most people celebrate St. Patrick’s Day by drinking way too much green beer during the day and partying well into the night. Celebrated on March 17, there have been many ideas on who, what and why St. Patrick’s Day is not just a holiday on the Emerald Isle. It’s an even bigger bash in the United States.

But before we get into that, let’s get to know the man and his holiday a little better. St. Patrick was actually born in Britain, not Ireland. But he ended up on the island after a band of Irish raiders attacked his British family home and took him captive. He was there for six years and worked as a shepherd. During that time in solitude, he turned to religion and eventually went back to Britain where he studied Christianity. He later returned to Ireland as a missionary where he spread the religion throughout the country.

So for centuries, Ireland celebrated the feast of St. Patrick on March 17 in a more solemn and reserved way. However, the party atmosphere started in the United States. After the potato famine struck the country, Irish immigrants fled to New York City. And the first known St. Patrick’s Day Parade took place in the Big Apple in 1762. Today there are more than 100 parades throughout America with Boston and New York City being the largest of the celebrations.

After doing some research, we found the five cities that you should hop to if you want to see some of the happiest and wildest St. Paddy’s Day celebrations. Read more about them below.

New York City may have the largest St. Patrick’s Day, with between 150,000 to 200,000 people attending the parade every year, but just across the Hudson River, Hoboken has its own green bash in March known as LepreCon. Although Hoboken is only two square miles, the New Jersey city doesn’t hold back when it comes to partying it up. In the last decade, Hoboken has served as the pre-party to the official Irish holiday by celebrating it on the first Saturday of March. While most drinking establishments normally open during the brunch hours, the event kicks off at 9am and goes throughout the day.

Although LepreCon is meant to be a joyous and fun day, there are a few things to bear in mind. First, make sure to stay classy and clean. While the bars in the city host the event every year, Hoboken is pretty strict when it comes to public drunkenness and disturbances. So there’s no issue with getting it, just keep it together. Also, be sure you stay warm and comfortable. Lines to get into bars can get long, especially in the late morning and early afternoon. So be sure you layer on the clothing since March can still be cold in New Jersey and wear your comfy shoes.

Between the beautiful Colorado landscape and the free-flowing local breweries, Denver isn’t a bad spot to celebrate St. Patrick’s Day. Not only does the city have an annual parade, but it also offers people a little touch of the Emerald Isle. The Dublin House: A Tribute to Irish Heritage gives locals and visitors the chance to feel like they are actually in Ireland. Complete with “an emerald walkway” into an Irish-style castle, the cocktail party is surely one of the city’s biggest events. This also means that it’ll cost you a pretty penny ($125 for a solo ticket). But if you and a few of your friends are up for a more lavish celebration, then it also offers group rates.

For those who are looking to be a little more casual, there’s a St. Patrick’s Day Pub Crawl in the LoDo (Lower Downtown) area. You can also stop by the many Irish bars and pubs in the city like Fado, which will be hosting their own parties. For a more family-friendly experience, there are number of restaurants that are commemorating the special day. For instance Hopdoddy Burger Bar Denver will be serving the Luck o’ The Doddy Burger. The burger includes a house-made green bun, green beer cheese and fries on top.

While New Orleans is known for Mardi Gras, St. Patrick’s Day is the next-biggest holiday in the Big Easy. Between the fact that there are many residents who have roots in Ireland and that the city likes to go all out when it comes to celebrations, NOLA would be a great spot to enjoy the holiday.

Unlike other cities that only celebrate St. Paddy’s Day for one day or weekend, it’s celebrated throughout the month of March here. Each part of the city has its own separate block parties and parades. There’s also a Shamrockin Run in the morning for those who like to get in some exercise before celebrating the big day. And if you feel up to it, you can also participate in the Guinness Challenge Championship where you will need to drink 4 oz. cups of the frothy beer at different points throughout the 4.97-mile run. The winner of that part of the race gets $500 and a case of Guinness to take home.

There’s also Tracey’s St. Paddy’s Day Party, which is celebrated in the Irish Channel on Magazine street. The party includes lots of corned beef, cabbage and green beer. And to cap off the night, be sure to stop by the Erin Rose in the French Quarter for their famed frozen Irish Coffee.

Chicago may feel pretty brisk during March, but that doesn’t stop anyone from celebrating St. Patrick’s Day. No Windy City celebration can start without going to the Chicago River to watch the body of water go green to honor the Irish holiday. It’s been an honored tradition that the city has done for many years and is a grand sight to see. And if you have time to spare, you can take one of the cruises on the Chicago River to really see how green the water is. Then you can watch one of the various parades throughout the city, including the big one downtown and those in the north and south sides of Chicago.

For something a little more authentic, you can go to the Forever Green Party. Hosted by the Young Irish Fellowship Club of Chicago, it’s filled with traditional music and dancing as well as a four-hour open bar. If you don’t want to get your kilt on, then you can join the Chicago Shamrock Crawl, which comes with a special commemorative t-shirt to wear during the event.

And last but certainly not the least, there’s Boston. Known for its huge Irish community, Boston doesn’t joke when it comes to celebrating St. Patrick’s Day. Depending on what part of the city you’re in, there are many parades, parties and pub crawls going on. Although it’s taking place on March 18 instead of the actual day of, The St. Patrick’s Day Parade in Boston brings in huge crowds to celebrate the Emerald Isle.

For those looking for some history, you can take a walk on the Irish Heritage Trail, which shows their history in Boston. You can participate in the St. Patrick’s Day Rad Road Race in South Boston, which is a 5K that raises money for the South Boston Boys & Girls Club. While there are tons of pubs around the city, J.J. Foley‘s will give you a really Irish experience. The family has been serving beer to Bostonites since 1909.

And finally if you want to rock out, then you’ll have to check out Dropkick Murphy‘s annual concert in the city. Since they’re biggest Irish band to come out of Boston, the rock group pays homage to their hometown with a wild live set every year on March 17.

How do you celebrate St. Patrick’s Day? Do you go for the more traditional corned beef and cabbage or are you a green beer connoisseur? Let us know in the comments!