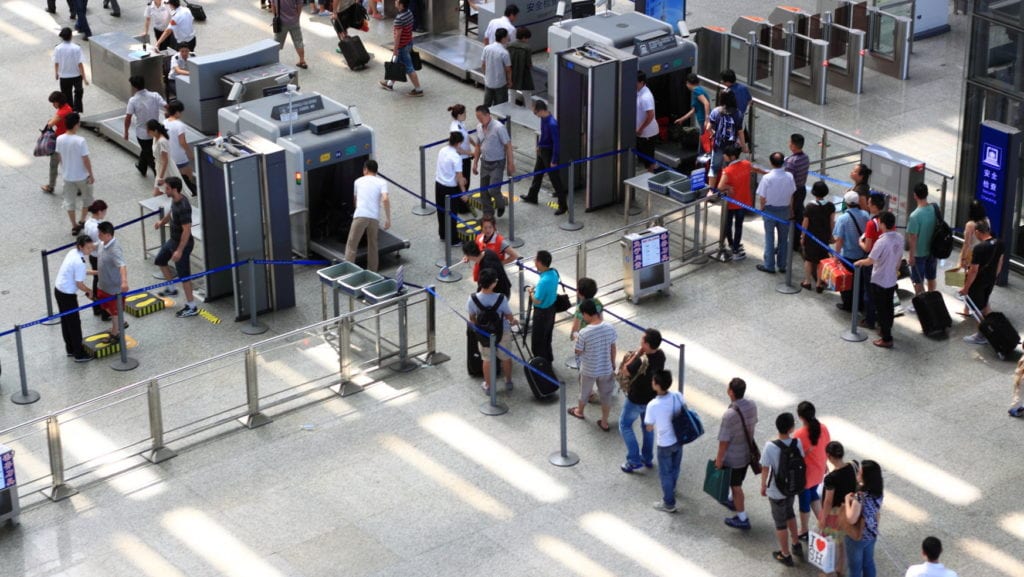 Whether you’re a frequent flyer or rarely use airplanes to travel, you may find rules for security screenings, carry-ons and checked bags confusing. One of the biggest causes of stress when traveling is going through security and making sure you’re following all the rules. Our helpful guide to TSA screenings and carry-on rules will help ease the stress. You’ll be prepared if you know in advance what is expected.

Everyone wants to get to their gate at the airport without unnecessary delays, but TSA screening has become a part of the flying process for most people. The agency does have a TSA PreCheck program that allows people to get through screening lines with waits of five minutes or less for a five-year $85 membership. However, most people go through the sometimes time-consuming regular line.

When you are going through a TSA screening line, you can save yourself a lot of time by making sure that your carry-on baggage does not contain any prohibited items, particularly if you’re using packing tips so you only need a carry-on bag. Many delays in TSA lines are caused by people trying to transport things that should have been stored in checked baggage.

While there are many essential carry-on items to bring with you, make sure you know what you can and cannot bring in carry-on bags before you arrive at the airport.

Following carry-on rules will help you get through faster. However, be aware of how TSA screening works. That way, if an issue does arise with your bags, you’ll still save yourself a little bit of time.

Also, decide whether you’d prefer a wheeled carry-on vs. a travel backpack. Some people feel like a wheeled carry-on is easier to have in long security lines because you can easily wheel it through the line, while others find that having a backpack simplifies the process for them.

Undoubtedly one of the most common sources of confusion among TSA carry-on rules concerns liquids being brought aboard airplanes. The TSA requires additional screening for any liquid, aerosol, gel, cream or paste.

When you are planning on traveling with any of the items listed above, we recommend contacting the airline to make sure that there will not be any issues involved in bringing your item on the aircraft. If you have items in your checked bag that are valuable or you want extra peace of mind for all of your belongings, consider getting travel insurance. Also, remember to only use TSA-approved locks if you decide to use any locking devices on your baggage.

The TSA does not specify whether certain items can be transported in carry-on or checked bags. Instead, a traveler must check with an airline when they are carrying one of these items.

Some of the types of items you will have to check with an airline to get approval for transporting include:

You need to contact the airline before flying because some airlines may charge additional fees for bringing larger items such as bicycles on planes. Weight limits are common in most of these cases.