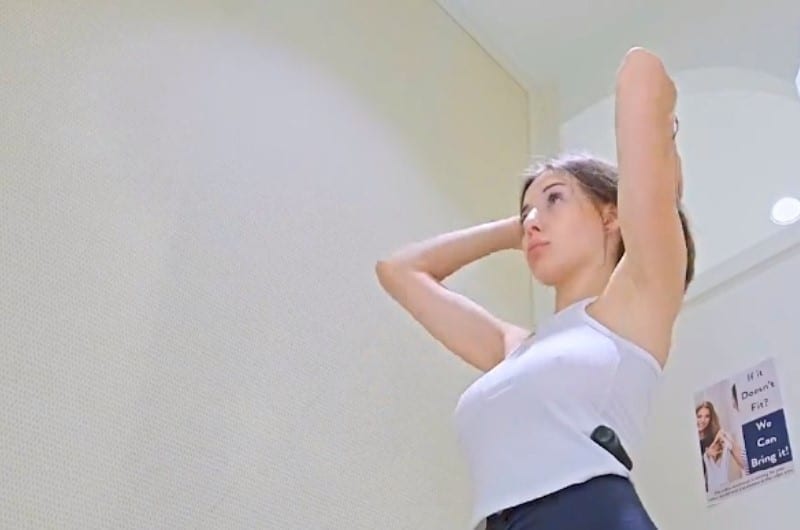 Working a minimum wage job is probably not the most motivating thing in the world. But some employees make their discontent known in odd ways.

While they may never win “Employee of the Month,” we have to give these people points for making us laugh.

What compelled supermarket staff to write “long yellow things”? Yes, bananas are indeed long and yellow, but why not put their name on the pricetag?

Maybe the staff was playing Taboo that day, or maybe the employee hailed from a banana-devoid country… Greenland, perhaps? Run if you ever see someone doing the following. Just run.

This guy obviously doesn’t care about hot embers flying into his face, as he hasn’t bothered to wear safety goggles. This is a great example of what not to do when you are working with flammable materials. But that’s not the worst part. Notice how he doesn’t seem to realize that sparks are flying onto the pressurized tanks behind him. Would somebody please take his business license away?

The following guy may be behind the reason you never received your mother’s Christmas cards.

Although we do have the utmost respect for postal workers and the invaluable service they provide, and we know everyone often takes their work for granted, this guy seemed to want to become completely invisible so that he could take a break and check his phone.

The following is the ultimate life hack, but get ready — It’s terrible

Something must have happened to this structural column, but nobody seems to be concerned that it will collapse because of its precarious angle. Somebody was sent to try to patch up the damage and did a bang-up job — they must have figured that a bit of plastic wrap wrapped around it would work just fine.

Next time you order pizza, be sure to check the guy’s name tag. Someone needs an extra tip!

Cody had an ingenious idea. Cody has spunk. He decided to use pizza labels as name tags, to the amusement of everyone. But management wasn’t so amused. Cody is bored with his job at the pizzeria, so he tried to inject some fun into his work, but management rained on his parade.

The next picture serves as a powerful reminder to always obey street signs.

We’re sure the driver of this Jeep was not amused by this little stunt, but that ‘ll teach him not to park where there is a sign warning drivers of an imminent street paint job. So the workers’ revenge is probably justified. On the upside, the new paint job looks a little like racing stripes.

Creeps are everywhere, especially if you are a woman. Not even the supermarket is safe.

Working at the supermarket is probably not very exciting, but sneakily snapping pictures of attractive customers is probably not the best idea, no matter how bored you are. These beautiful women would probably not be thrilled to find out that employees snapped these secret photos of them.

If you love candy, this will infuriate you.

A Lazy Way Of Doing Things

The people who decided to stuff whole bags of candy inside the machine instead of individual pieces of candy really sent a message, and it was “I can’t be bothered to do my job properly”. But perhaps they intended to do everyone a huge favor – everyone knows that mixing Skittles and M&Ms is just plain wrong.

The following woman deserves a medal for having the guts to do this.

Time For A Snooze

While we have all longed for a quick snooze at work, some companies see nodding off as a reason to fire you on the spot. Some progressive companies have provided sleeping pods for employees to take naps in during their lunch break, but not this woman’s employers. But luckily, she had high cubicle walls and a desk large enough to catch some much-needed z’s.

The next picture poses some serious questions.

There are two possible explanations for this errant labeling. One: the employees were too lazy to notice that they had stocked the water shelves with wine. Two: Jesus Christ himself paid a visit to the supermarket and performed the miraculous feat of turning all the water into wine.

The following picture is a summary of all “you had one job” memes.

These boxes with their fragile contents would best be handled by an employee who is not lazy or illiterate. But perhaps this company didn’t want to overburden the HR department and changed their tactics.

Maybe they opted to take out a large insurance claim on damaged goods instead? Would you watch these new movies?

It’s obvious that the employee who orchestrated this move had seen both Suicide Squad and Sausage Party and decided that neither movie was good enough for moviegoers. So he decided to give consumers some different options. Nevertheless, we can’t argue with his choices, they both sound like improvements on the originals.

If you caught your employees doing this, what would you do?

Someone Should Be Fired

These employees at this hotel obviously get a thrill from living dangerously. They have a flagrant disregard for the rules and ignore the extremely explicit signs on the wall. That, or they can’t read English. Whatever the reason, we’re sure that their boss was not pleased to find this stack of chairs in that particular spot.

If you’ve ever delivered pizza, you’ll relate to the next image.

This girl decided to park her car hastily and run on foot to the door to deliver a pizza. She works at a pizzeria that has a “30 minutes or less” policy, and if she doesn’t deliver it on time, it will be deducted from her wages. The salaries are probably peanuts to begin with, which is why she was in such a hurry to make it on time.

This next couple is obviously trying to keep their relationship secret…

The Look Says It All

In this video from the security camera in the elevator, the look this woman is giving her employee says it all.

We all know that employee-employer romances are forbidden in most office environments, but what will H.R. have to say about this? Busted!

Okay, so this woman knew she was on camera, but she’s worth a mention.

One Reddit user took to the platform with an interesting video from her doorbell cam. This woman is her employee at her home-office. Or, at least she was. One day, she didn’t return to work. The original poster wondered why her employee hadn’t called in sick, but then she checked the security footage. The woman had quit in style, unleashing a tirade on her boss that would make a sailor blush.