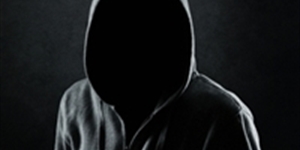 While it may be hard to believe, not everyone that resorts to a life of crime is a criminal mastermind. In fact, there are a lot more dumbasses out there screwing up robberies than there are well-practiced crews pulling off improbable heists at the Bellagio (Is there anything Clooney can’t do?).

In a particularly pathetic case of recent attempted burglary, a Romanian man called the police after hearing a suspicious noise. Hiding himself until authorities arrived, the man was eventually arrested because it turns out the home he called from was the home he was in the middle of robbing. Oh, and that noise he heard? Probably just the family cat.

When a 90-year-old man is shot by an intruder in his own home, you don’t expect to hear that the intruder is suing him. That was the case when burglar Samuel Cutrufelli filed a lawsuit against Jay Leone, a man whose home he broke into. When Leone convinced the intruder that he had to pee, he grabbed a .357 revolver hidden in the bathroom and handled things Dirty Harry style. Cutrufelli fired first, hitting Leone in the jaw, but Leone fired back, hitting Cutrufelli three times. Which is enough, apparently, to warrant a ridiculous lawsuit.

Sometimes when you can’t find an easy point of entry to the home you’re trying to rob, the only logical thing to do is go stealth Santa Claus on it. At least that’s what 17-year-old Ranaldo Jack decided when he tried to break into a Georgia home by sliding down the chimney. He was slightly less than successful, however, as he wound up stuck in the chimney for more than 10 hours before neighbors heard his cries for help, and police showed up to arrest him.

3 “Freeze, or I’ll Pleasure you Sexually!”

As pure laughs are concerned, this clip can compete with some of the most classic comedies of all time. This priceless video was captured in Redding, California, where a supremely incapable would-be burglar, donning some dapper pajama pants and a pantyhose mask, took his best shot at robbing Kent’s Meat & Groceries. Unfortunately for him, his best shot involved throwing a rock at the door, which set off an alarm. After which, he promptly fell all over himself in a sad and wonderfully hilarious attempt to flee the scene.

This story was all over the airwaves when it broke: A British man dressed in a Batman costume foiled a burglary and brought the evildoer to justice. Speculation ran wild. Was this really a vigilante? Was it true that he fought crime using only a grappling hook and his trademark dry British wit? Turns out none of it was true. The Caped Crusader turned out to be a friend of the guilty party, who willingly went with him to the police station. Then, a month later, the Dark Knight himself was arrested for burglary. For shame, Batman. For shame.