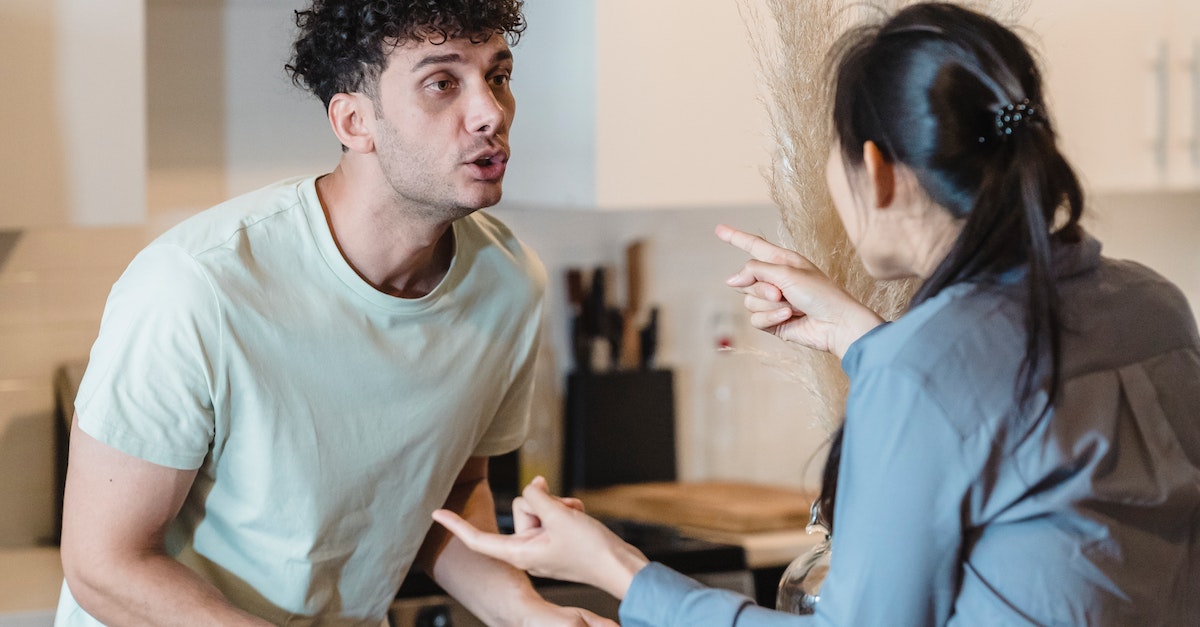 She had given clear instructions to everyone: No one was to wear any formal wear or colors outside of the agreed color palette. But he didn’t listen, it was like he was trying to make a statement. It was his wedding too, and he wanted to make a point.

Instead of following her wishes, he bought himself a different suit and showed up at their wedding. He would soon learn that his fiance was not playing around.

Mike and Terry had been in a committed relationship for more than two years when they finally decided to get married. They knew that they were soulmates in every way possible. They had worked hard to build a beautiful life together.

Everyone around them always said that they would feed off each other, given their similarities in what they loved and hated. But one day, they would discover that there was a simple difference between them, and it was coming in the way of the biggest day of their lives.

They had first met at a friend’s Halloween party, and a few months later, they started dating. He was the quiet and tame guy brooding in the corner of the room, while she was the energetic and extroverted girl dancing in the middle of the dancefloor.

Soon, she gravitated to him as he had to her. Following their chance meeting, a wonderful friendship started, and later, they were in love. No one knew that it would all come crashing down at the altar.

Planning their wedding was difficult from the very start. Usually, things ran smoothly between the two of them. Mike was always understanding, and Terry always compromised to make things work between them.

As soon as they began their wedding planning, it became obvious that what they’d first perceived as a manageable process would test them to their limits. The outcome would be disastrous.

Her very first request was enough to make Mike jump to his feet as he stared at the woman he loved with wide eyes,  “You don’t want any kids at the wedding ceremony?” He frowned, repeating what she had said.

She folded her arms across her chest and nodded, adding that not only did she not want kids at the ceremony, but she also didn’t want the event to take place in a church. Everyone knew that Mike had deep roots in religion. Terry watched him, waiting for his reaction.

Was She Being Serious?

Mike took a deep breath, pacing around the living room for a few minutes before he took a seat again. But just after taking a seat, he stood up again, placing his hands on his waist. He asked Terry if she was being serious.

“I have nieces and nephews looking forward to this,” he breathed, completely unsure if his fiance was genuinely considering a childless wedding. “And where do you presume we’re going to get married if not a church?” he asked.

“The wedding will be in a barn at night,” Terry said confidently and handed Mike a few photos. She showed him exactly what she wanted. In the photos, he could see a barn wedding lit with multiple rows of candles and wreathed in white roses.

“But I don’t want the roses and candles,” she clarified, which made Mike frown. “I want tattered rags everywhere, dark colors, and red bulbs.” But this was only the start of her requests.

“I want wet red paint that will mimic blood,” Terry told her fiance with a straight face. He waited for her to laugh and tell him that she was joking, but she never did. She then handed him another stack of photos, showing him exactly what she was talking about.

“I want the guests to either dress in monster costumes or in colors that will adhere to this color palette right here.” She told him, pointing her index finger at an array of colors ranging from black, red, silver, grey, and dark purple. But there was more.

She continued speaking as he stared at her with wide eyes, “This is going to be a Creature Feature wedding. I don’t want my dad to walk me down the aisle, but a mob of zombies chasing me to you.”

“I’m thinking we should do this around Halloween to save money and also to go with the whole monster theme.” As she spoke, her excited smile never left her face.  She could tell that Mike was taken aback. But was he going to agree to this?

Mike had always been aware of how much Terry loved creature feature media. She had hundreds of books, comics, games, movies, costumes, and dolls centered around monsters.

Mike wasn’t opposed to most of her wedding wishes, but it upset him that he was being left out of the planning process. This was his wedding too. He decided to ask one question to show him his place in Terry’s life.

“Who will we dress as?” Mike asked with his hands folded over his chest. The idea felt good, although he didn’t like the part about his nieces and nephews not attending his wedding. The least he could do was hear Terry out.

“We can go as Dracula and Mina,” Terry said. She explained that the ceremony’s theme was too dark for any child to attend. “But on a lighter note, our costumes are already at the tailor’s,” she shared. Mike’s heart stopped.

“Dracula?” he stammered, already picturing standing before his friends and family in full makeup and a weird red cape. As much as he loved his wife, he couldn’t do that to himself.

“This is crazy,” he whispered under his breath. That simple comment would start a long war between the two over their wedding details, ending in a chaotic exchange on their wedding day.

Terry arranged her dream barn wedding and invited all the friends and family comfortable enough to stand by her in her creature feature ceremony.

Dressed in a 19th-century bespoke dress, with makeup that made her resemble a vampire’s beautiful bride, she raced down the aisle with zombies hot on her heels. But what she saw made her stop in her tracks.

Mike was standing at the altar in a regular blue suit. His hair wasn’t swept back like Dracula’s, and he wasn’t wearing any makeup. Terry’s bouquet fell to the floor. “Get out,” she stammered. “Leave!”

Mike walked away, disappearing in the barn’s red lights. But he came in a flowing red cape and full makeup a minute later. His entrance was majestic, his face split by a breathtaking smile. But one thing was still the same.

Mike had kept his blue suit, but his shirt’s collar was stained red. He also had fangs and golden irises that made his eyes shine in the barn. Leaning in, he whispered into Terry’s ear, “Hello, bride,” in a Romanian accent. She shivered excitedly.

Mike and Terry exchanged their vows under the barn’s red radiance. Before them stood creatures of all kinds, from vampires and werewolves to Frankenstein, witches, and zombies. How great would their marriage be if their wedding was wild and fantastic?