Array ( )
Top5 » Trending » They Sneak Into Her Yard, Regret It When She Comes Out

They Sneak Into Her Yard, Regret It When She Comes Out 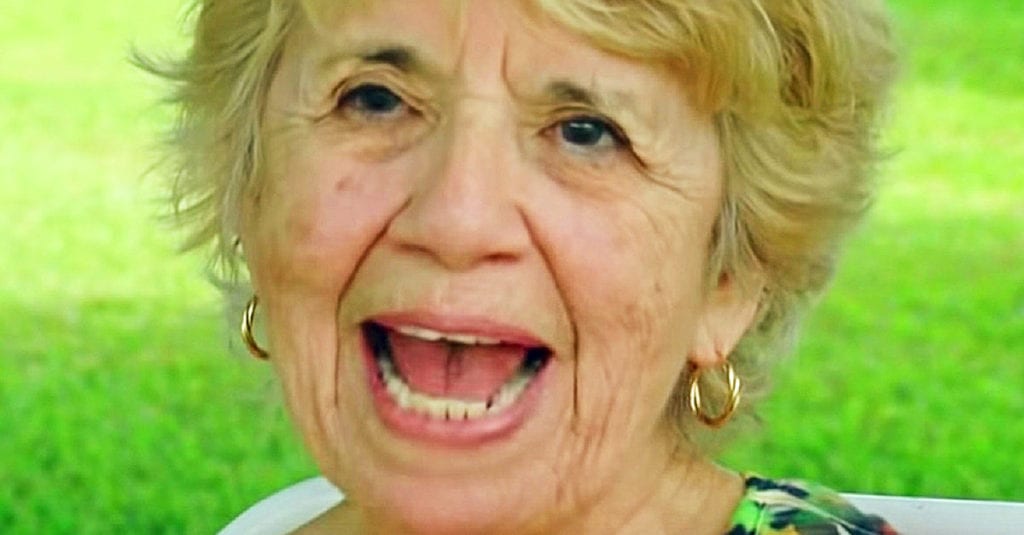 She had just gotten the news that she would have to appear in court; thus she did not understand why. Overwhelmed, she sat on her living room chair pondering what to do next. As she thought of solutions, she heard a bang and a bump coming from her yard, but as she peeked out the window to get a closer look, she saw them. Four figures were coming towards her, shivers immediately went up and down her spine.

Fight or flight? That’s all she could think of at that moment. 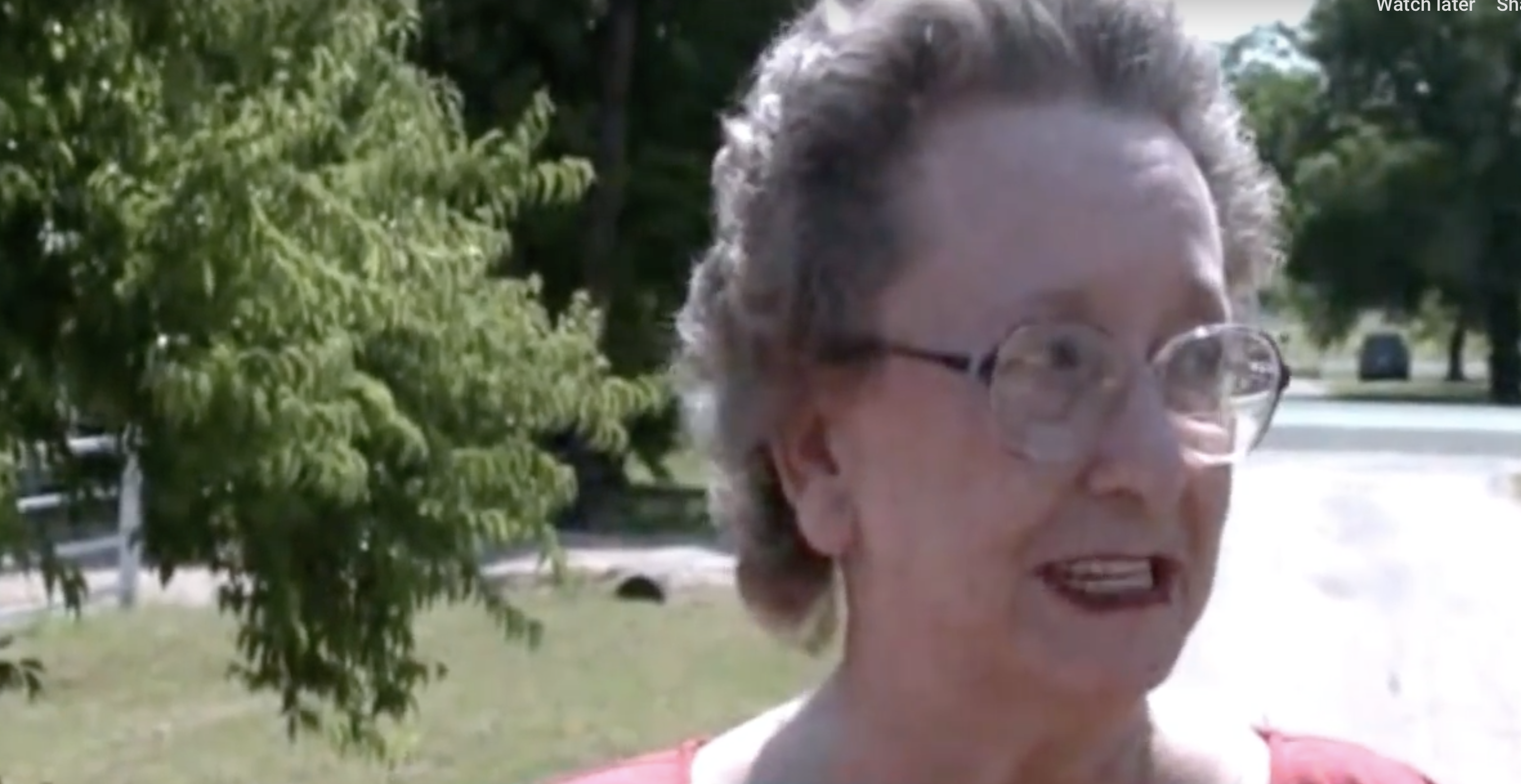 Gerry Suttle, a 75-year old Texan woman, was living on her land as peacefully as she could, living out her retirement years. She had purchased some property back in the day, and now her house sat on a whopping two-acres.

Still, with age comes a lot of setbacks, she wasn’t as active as she once was, but little did she know that one day she would get a visit from the police. 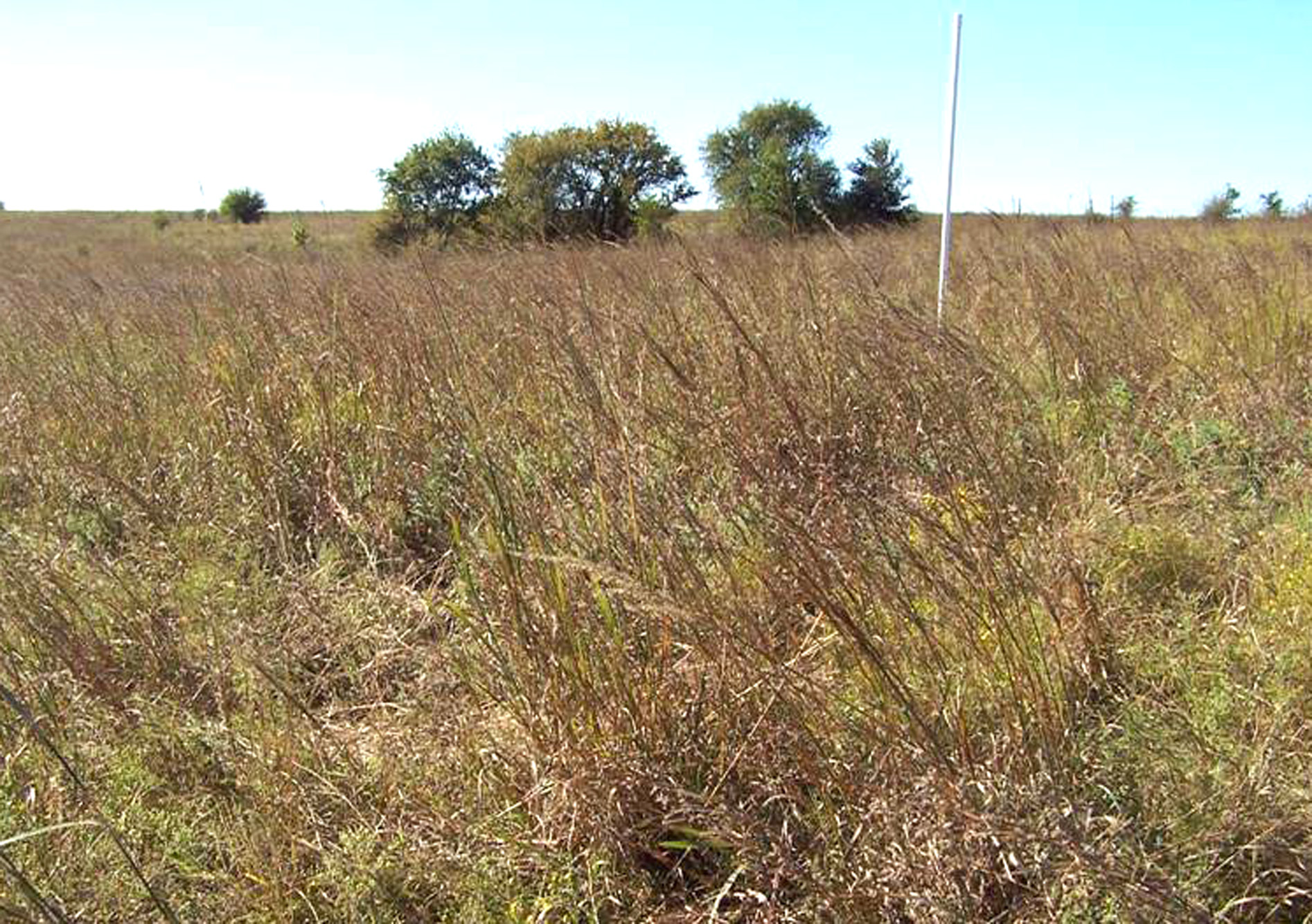 Every state has their own set of laws. Texas, in particular, has one that left this poor woman in a complete state of shock. Gerry Suttle lived in Riesel, Texas. Here, one of their laws is that if the grass on the property grows above 18-inches, you get a fine. Gerry had no idea about this law, and more so, she had never received a fine.

What was going to happen to poor old Gerry? 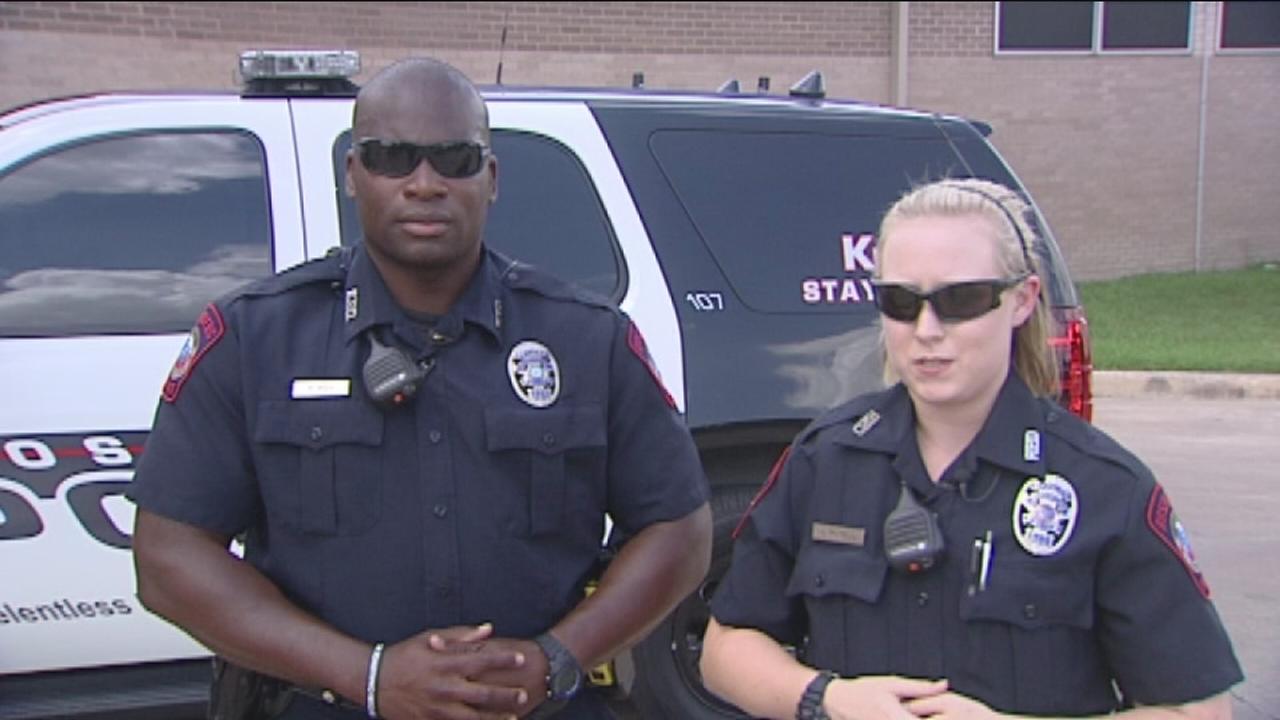 Riesel police Chief Danny Krumnow said that Gerry let the grass grow too high and that this was a violation of city ordinance. But still, Gerry never even got the ticket so she couldn’t have known what to expect. Then, police showed up on her doorstep and told her she would have to go to jail.

Bewildered, she didn’t know what to do. Surely there could be a way out. But Gerry was running out of options. 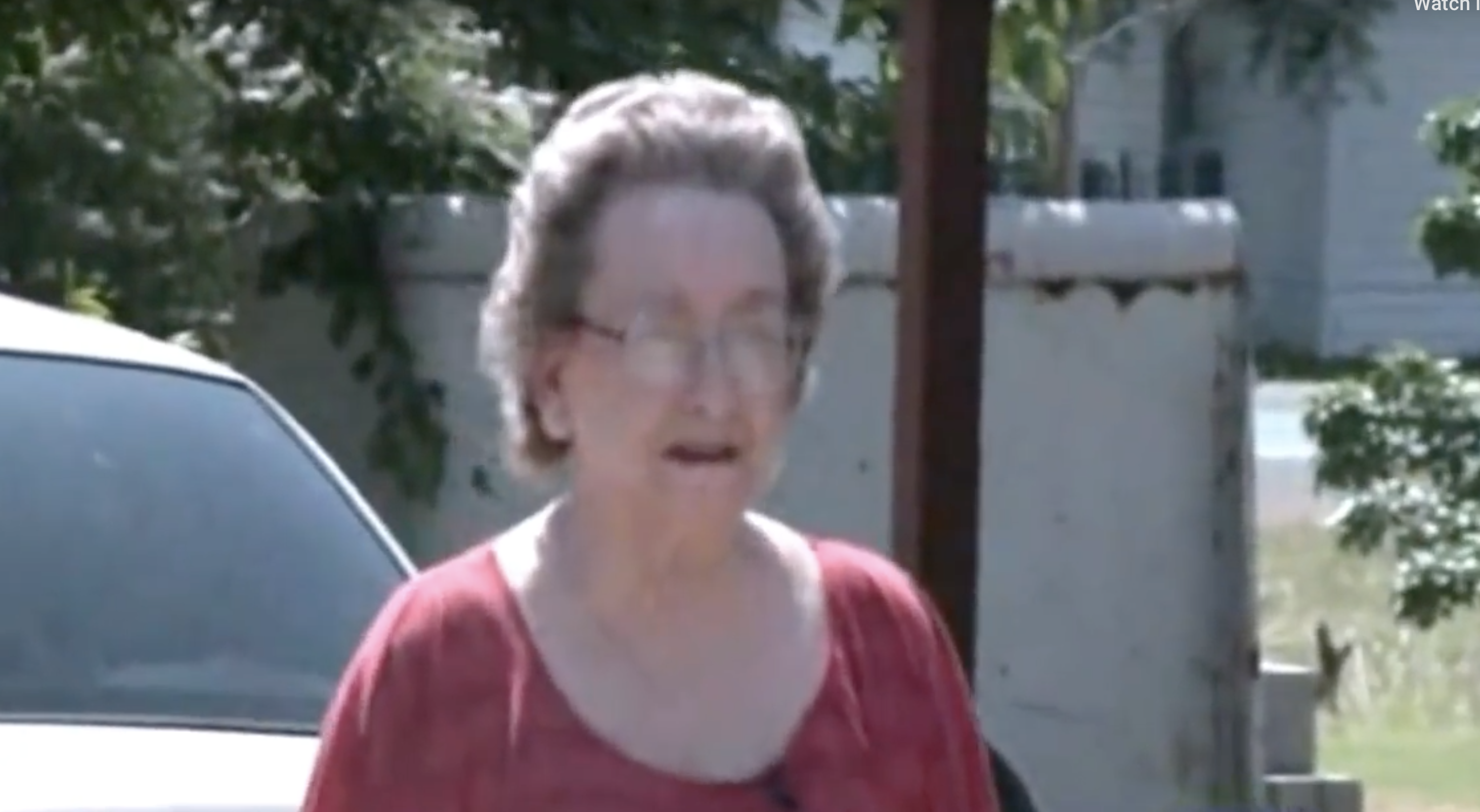 Gerry said that she hadn’t received a letter regarding a court date with the judge. Unfortunately, when she failed to appear in court, a warrant was issued for her arrest. She pondered her options. Apparently, she was too old and weak to do the work herself but also, she had little to no money so she couldn’t pay someone else to do it either. She couldn’t believe how unlucky she was.

Clearly, she never expected what happened next.

What Could Be Done? 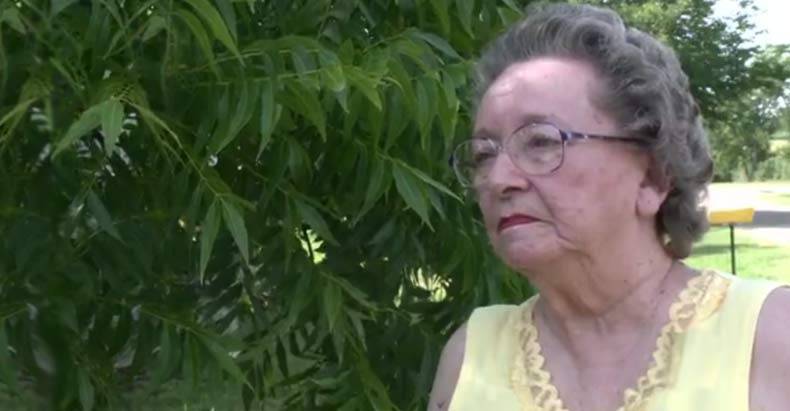 She sat in her living room chair not knowing what to do. Her family lived far away from her, and her husband had passed away some time ago. She had no options, but how could she possibly go to jail? As she thought about this mind-boggling prospect, she heard noises coming from her yard.

She went to her window to get a closer look and shivers immediately went up her spine. 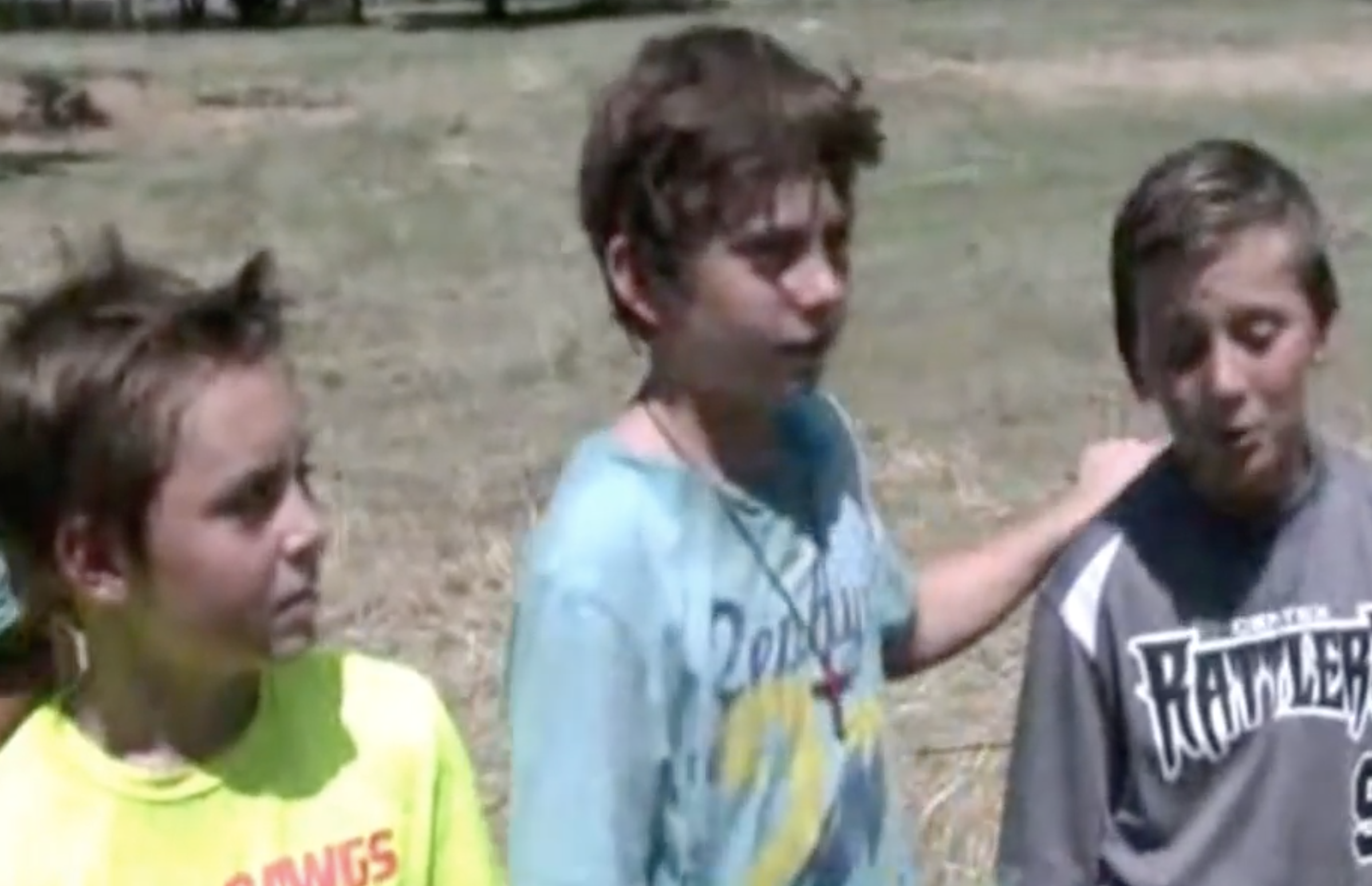 At the edge of her expansive land, she could see 4 boys coming toward her house, already inside her yard! she grew nervous, this was the last thing she needed. What did these boys want?

Were they hooligans who were prying on the elderly? As the four boys started crossing her yard, she knew what she had to do next. Fight.

As the boys started to get closer, she noticed something strange. These boys were young — very young in fact. The oldest could have been maybe 15, but still, that invasion of privacy made Gerry uneasy. They started looking around her yard, and that’s when she saw them clearly — these boys had mud and dirt all over their clothes.

But what were they looking for? 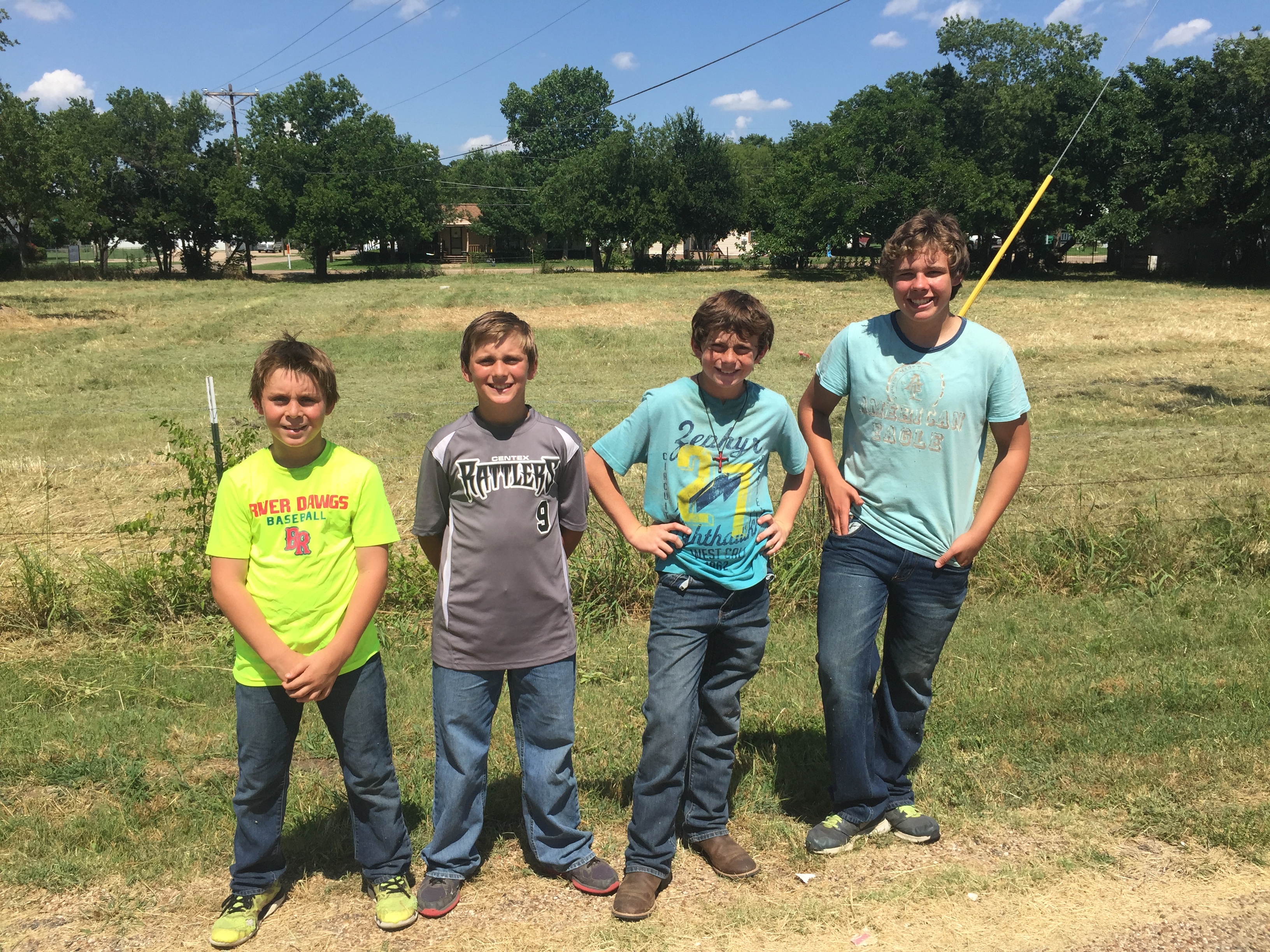 Bewildered, she kept looking closer, trying to get a better look. The four boys started laughing and playing around, still inside her yard. Gerry had no idea what was going on, should she call the cops? As she got her phone out, she saw these boys grab tools from a bag they were holding.

What were they doing?

Two of the boys disappeared, and the other two stayed back. The boys who were left in the yard grabbed tools that looked like garden ones: a weed whacker, shears and some other things. Gerry was frozen, what on earth were these boys doing?

But then she saw the other two boys come around the corner, one of them was pushing a lawnmower.

Shortly after, the boys began to mow the lawn and rip away weeds that were overgrown. Gerry couldn’t believe what she was witnessing, the boys’ effort sent tears down her face.

She has lived there for 59 years and was left speechless after seeing the good deed and was grateful for their help.

Just Go And Help Somebody 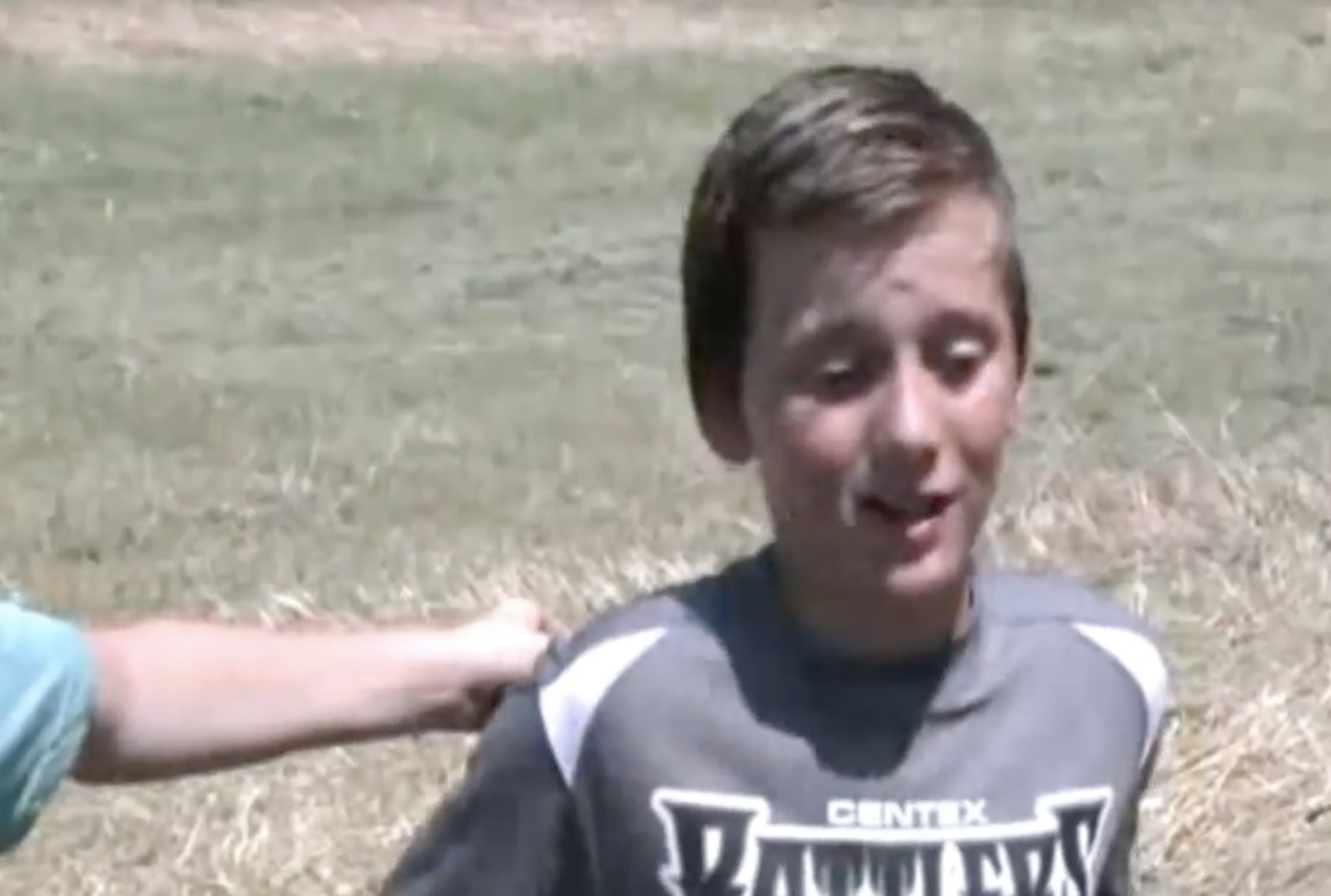 The four boys who are brothers told the news why they wanted to help out that day, “It’s a summer day, we don’t have season passes yet to Warren Falls. What else could we do? Just go out and help some people.”

These young boys’ efforts were far more than just cutting grass, they didn’t know they had saved Gerry from prison time.

The Least We Could Do 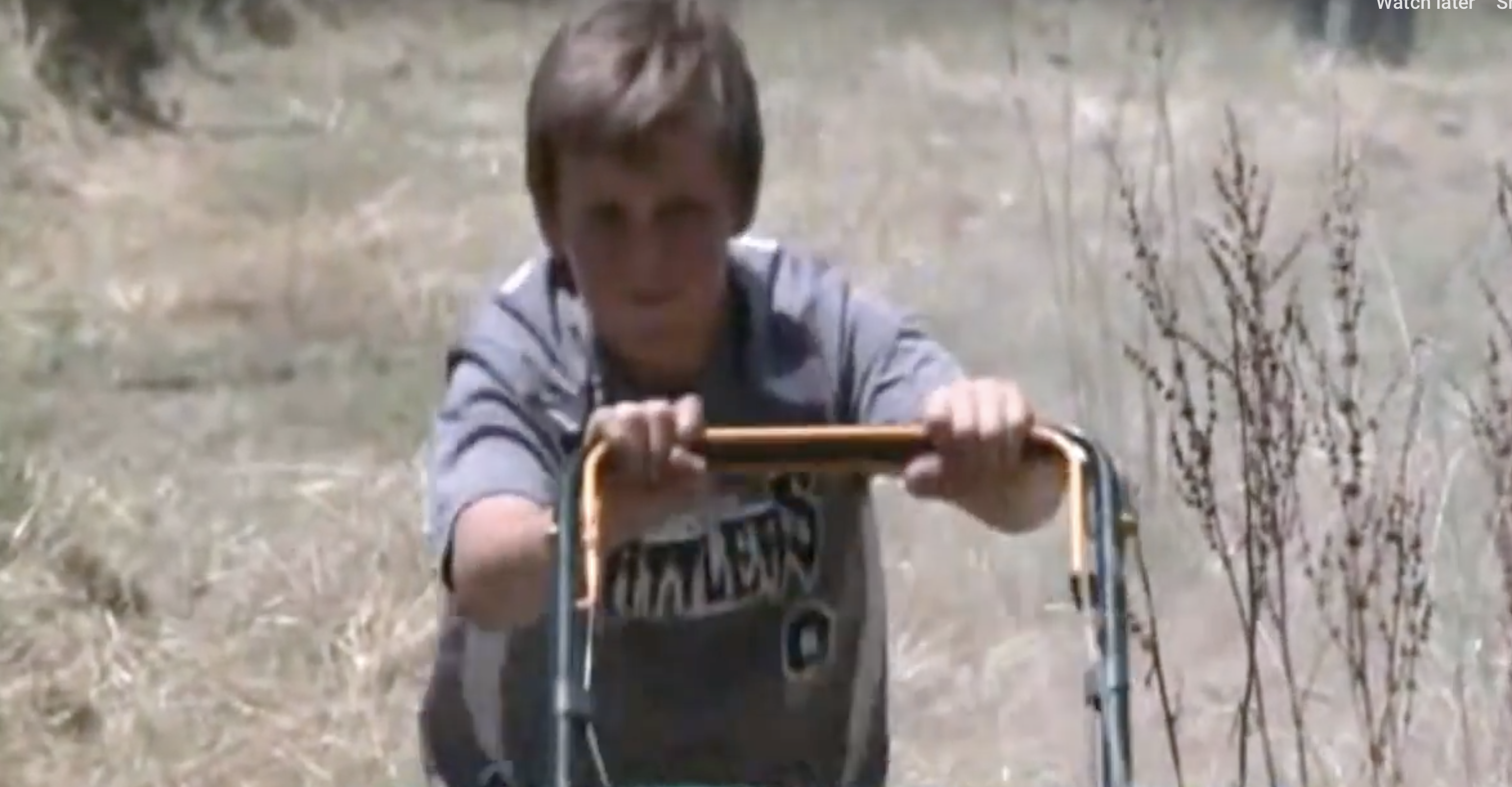 “We haven’t met her yet, but she’s 75 years old, and she needs some help mowing,” said Blaine Reynolds, one of the boys. “That’s the least we could do.”

Another brother, Brandon Reynolds also added; “I really wouldn’t want her coming out here and doing it or paying someone else to when we could have just done it for free.”

As the sun shone brightly that day, neighbors couldn’t help but witness these incredible boys’ actions.

Gerry ran over to the boys and gave them cold drinks, but then out of the corner of her eye she spotted five more men coming towards her yard. 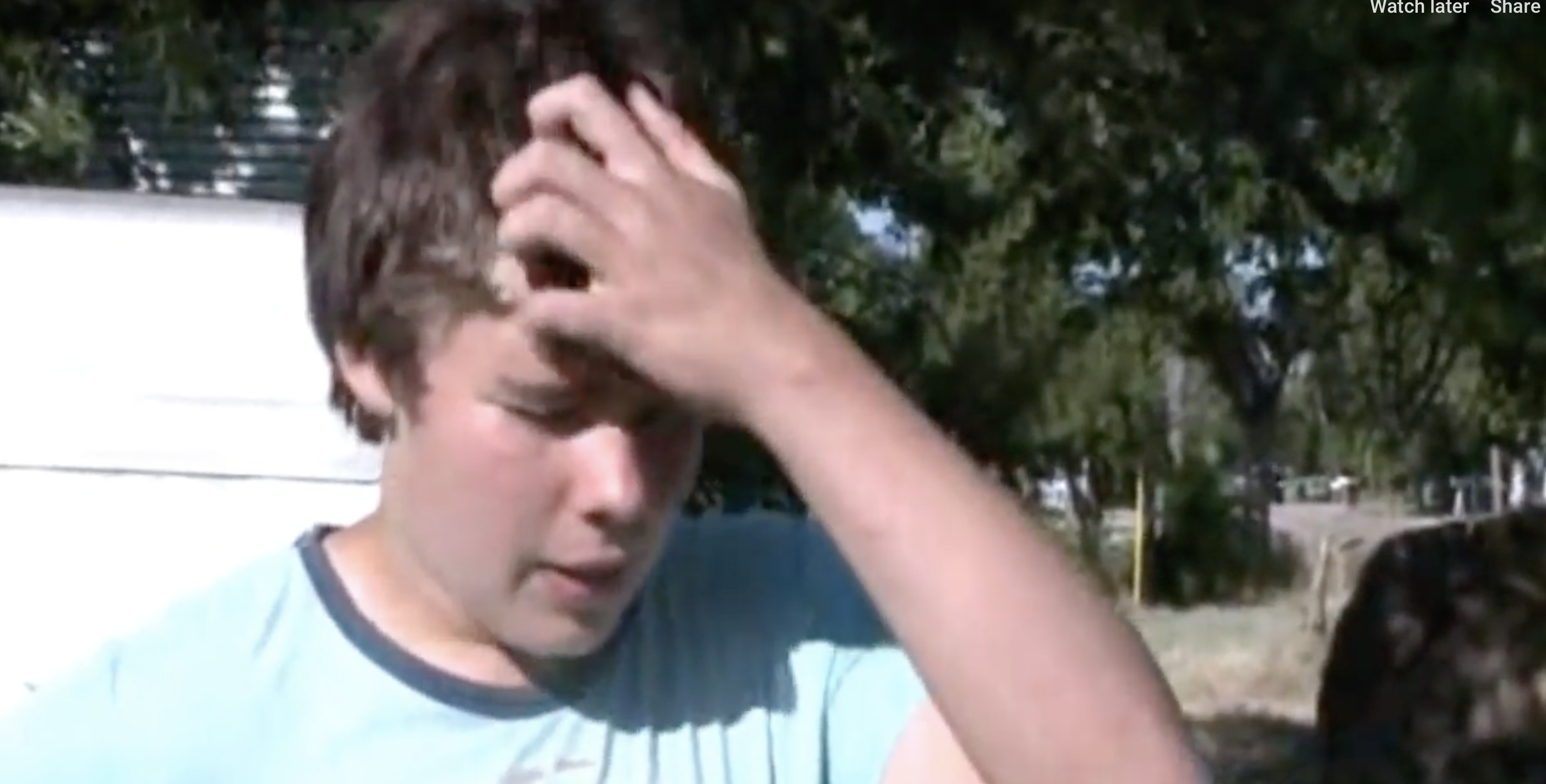 As they began getting closer, she could tell that these five men who were approaching her also had gardening tools on them. The neighbors had huddled together and come up with a plan.

Half of the team would take one side of the yard and the other half, the other side. 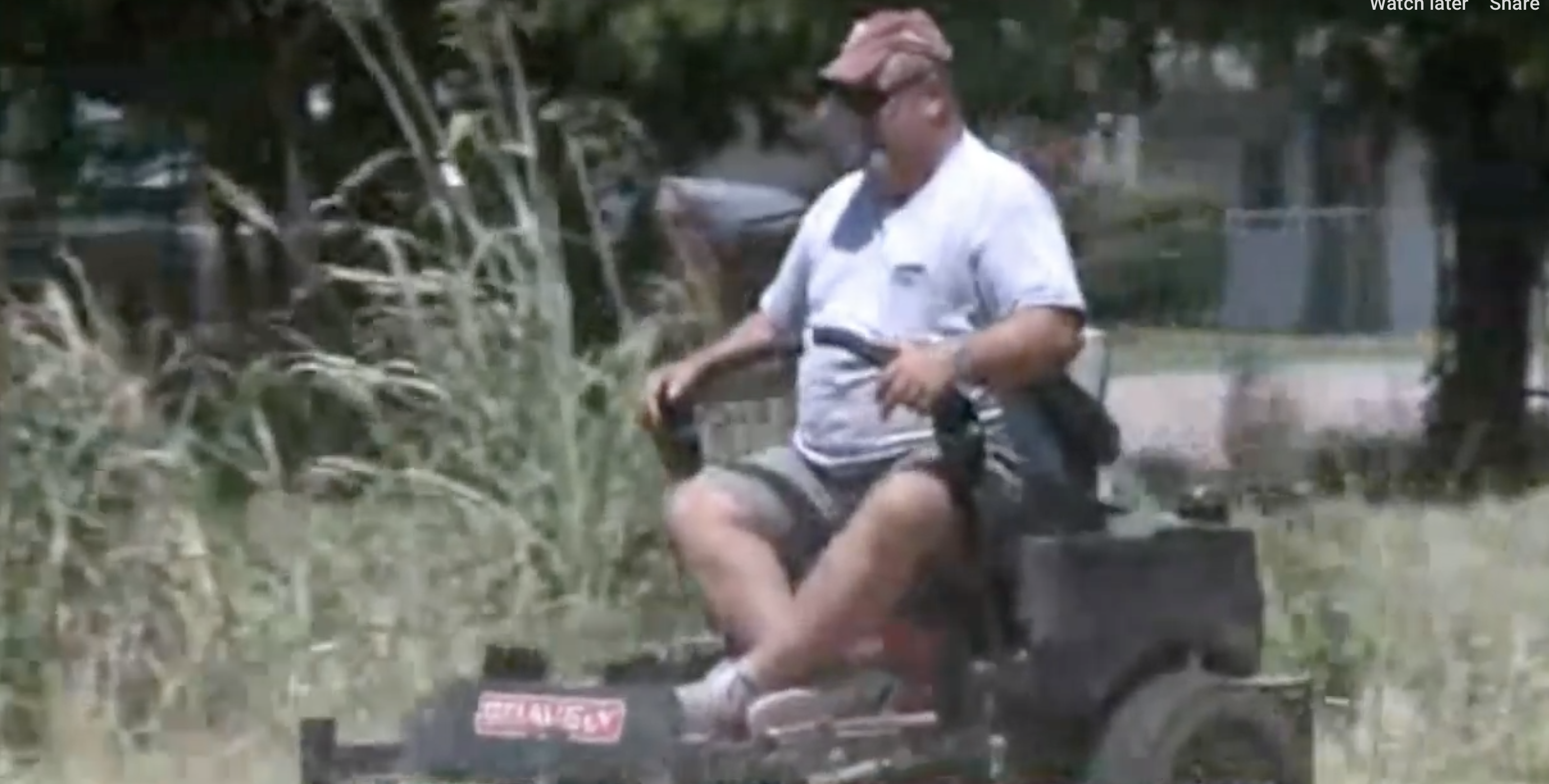 The neighbors of Gerry Sutter also pitched in with the four boys. They brought their own lawnmowers and started going to work without any dispute. Even in 90-degree weather, the Reynolds brothers and neighbors of the elderly woman came together to help her out.

Gerry looked out onto her lawn and could not believe what was happening. A whole community was coming together for her. 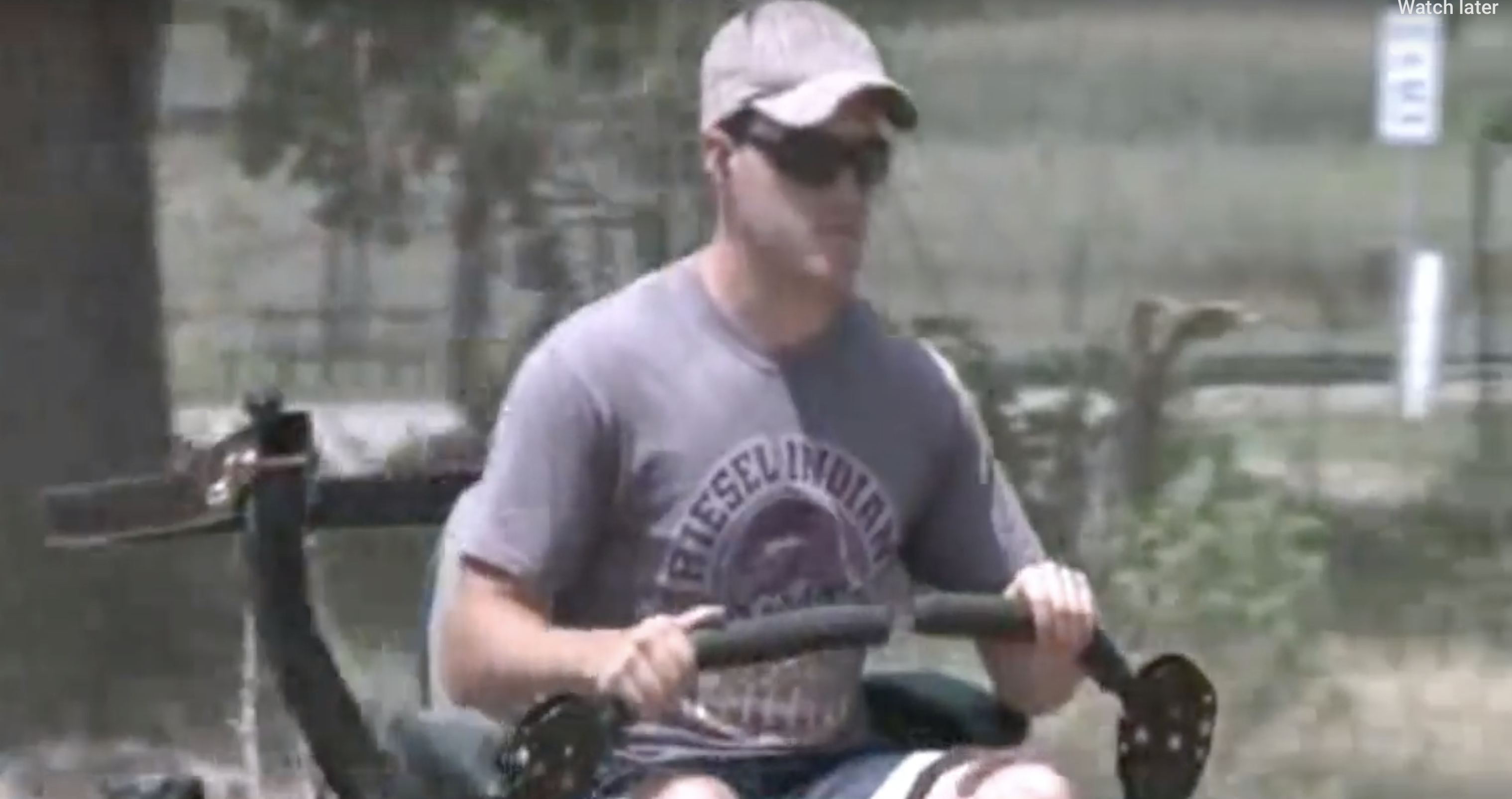 “I cannot believe this. I’m very seldom without words. But this is one time, you mark it down in history, that I didn’t have something to say” Gerry said. She was wholly shocked that all the work had been done in under two hours!

She couldn’t believe what the young boys and the community had done and it left her completely speechless.

When the boys finally heard about the court warrant for Gerry, they couldn’t contain themselves. “I’d do it for her a second time, or a third time,” Blaine Reynolds said. “Anything to keep that lady from having to go to court.”

What an incredible act of human virtue and kindness, and all coming from boys of such a young age!

After the grass had been cut down and the yard was all cleaned up, Gerry was told she needed to go to court and sign documents indicating that she never received the original notice to appear in court. She wanted to get the charges dropped. But still, the court had other ideas.

“It is very heartbreaking to see that someone that I didn’t even know came out and spent two hours in the sun doing what we thought the city wanted done and then them turn around and say ‘no,'” Gerry said. 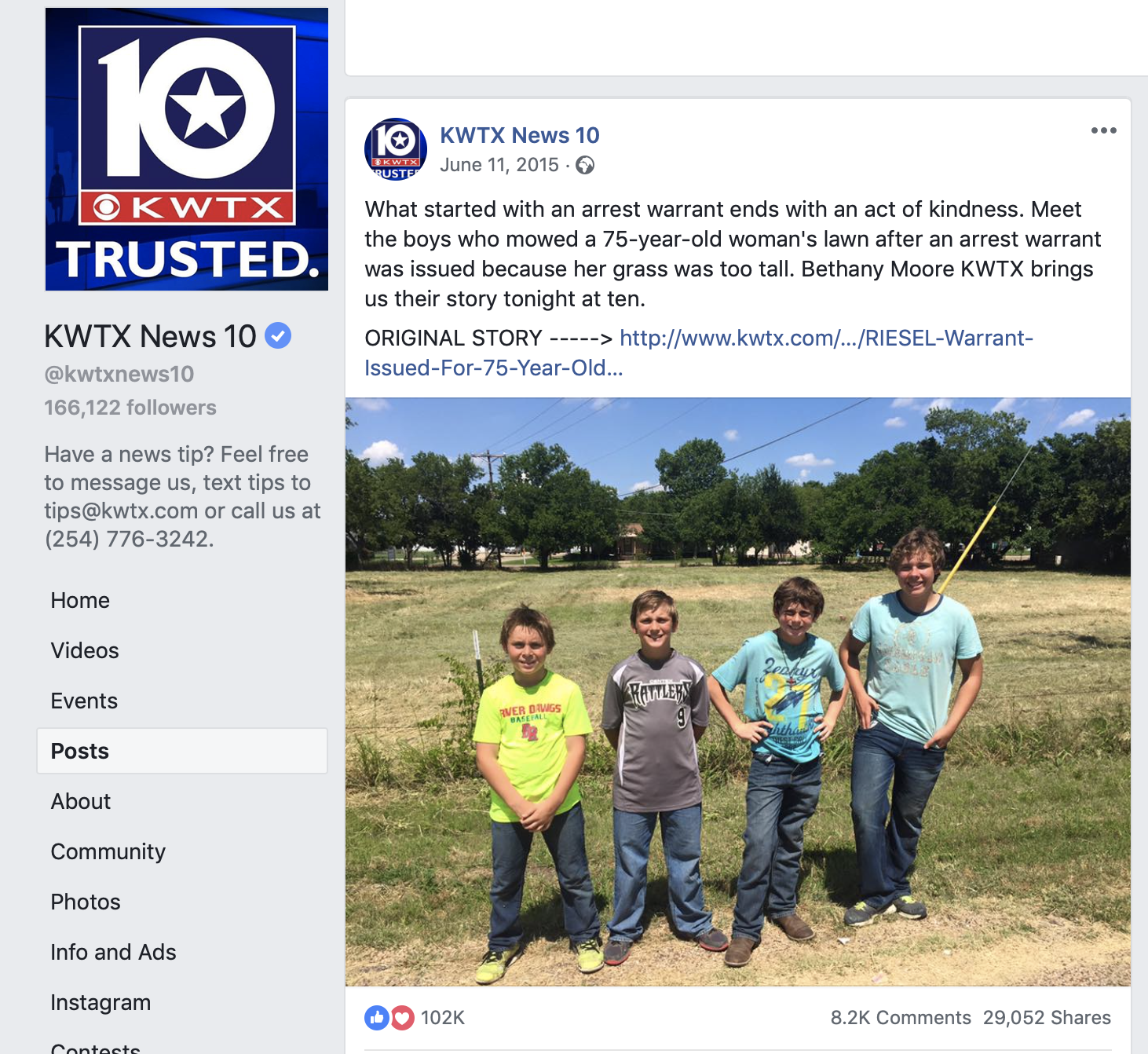 The city still stood by Gerry’s violation, they wanted this poor woman to appear in court because of her infraction. But her community couldn’t let that happen. KWTX news went to Facebook and other media to cover this incredible story and show how when a community comes together anything is possible.

Gerry didn’t have to go to court, and her warrant has been dismissed. All thanks to these four incredible boys.

Mom’s Pregnancy Turns Out To Be Something Else 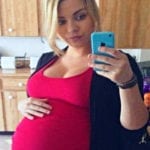