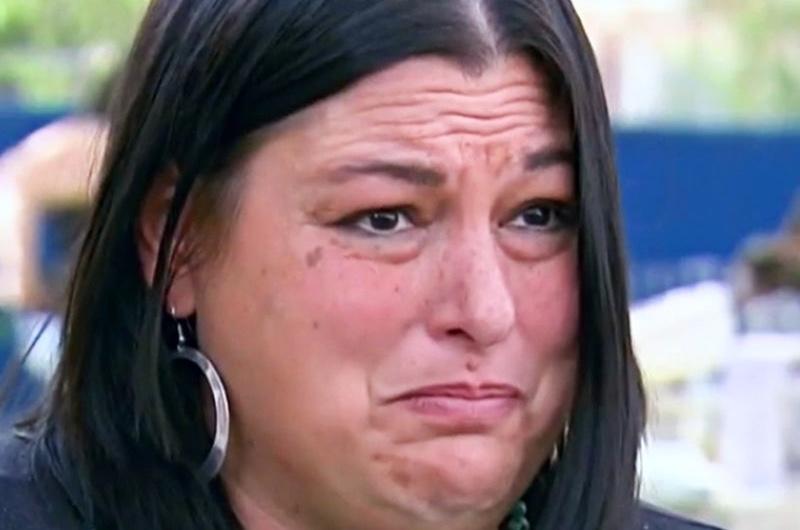 The Love Of A Mother

As she drove her son back home from his school, she was fighting back tears and found herself clutching the steering wheel a little too hard. She didn’t want her son to see her like this.

After stepping through the front door she turned around and asked her son if she could see his arm. The boy looked down at his feet as he raised his arm. She could see what they’d done to him, they were going to regret it!

Tara Chavez wanted the best for her son, so she did extensive research before finding what she felt was the best school she could afford – Desert Cove Elementary in Phoenix.

Cayden, her son, had a good heart and she wanted him to be in an environment that encouraged it. She felt that this school would have enough individual attention and that they’d look after Cayden well. It seemed like a great school.

Tara was happy to enroll her son in the school, they gave her the forms and she signed away. Now her son was officially a part of Desert Cove Elementary.

But what she was unaware of was that she would soon regret ever enrolling her son after they did something that made her blood boil. Soon afterward other parents would speak up to, stirring up controversy at Desert Cove Elementary.

After an entire term at Desert Cove Elementary, Cayden seemed as happy as can be and this may Tara even happier. But things would abruptly turn sour soon enough.

Cayden was doing extraordinarily well in his schoolwork. He also made many friends and liked his teachers. But soon Cayden’s parents would figure out that they should have shifted their attention from the teachers to something else.

Just like any other day, Tara picked her son up from school. But she immediately knew that something was wrong, Cayden didn’t have to say anything, his face told her all she needed to know.

She saved face and smiled at her son. She asked him how his day was while thoughts raced through her mind, she had to figure out was wrong.

Cayden answered his mother with a mumble, he said: “Fine,” but she could tell he was anything but. She smiled again and sweetly asked if anything had happened at school. Cayden just looked out the window with no response.

She could see that he didn’t want to talk about it. She knew her son well and gave him some space and knew she could always address it later when her husband was home. But then, in the review mirror, she saw something on her son’s arm.

Tara needed to see what that mark was. She struggled to see it in the car, it looked like maybe it was dirt, but as she peered closer she could tell it was something much more sinister.

Then she connected the dots, Cayden was upset because of that mark on his arm. Her intuition was on point and she’d soon find out what it was.

Tara’s mind raced with all sorts of theories. She didn’t want to make a scene now even though her instinct as a mother was telling her to stop the car and grab her son’s arm she tried to act cool and composed.

She felt herself gripping the steering wheel too tightly and felt her eyes start to water. Cayden couldn’t see her like this. But whoever was responsible for that mark was going to regret it.

Once they got home Tara stopped Cayden from going to his room. She asked him to sit down at the table while she called for her husband. Once her husband arrived he playfully ruffled Cayden’s hair and sat down beside him.

Tara looked at her husband and then at Cayden, she asked him to let her see his arm. The boy raised his arm with a frown forming on his face. Tara could now see what had happened, what the school was responsible for.

“I asked if he was given a choice”, and he replied with, ‘No, she just grabbed my wrist and put the stamp on,’” the mother told reporters.

Now the father decided to take a look at his son’s arm. He could see ink, there were words and he was trying to make it out. Once he read the words he couldn’t believe what it said.

Immediately, her husband took a picture of Cayden’s arm. “He was screaming and crying the entire time,” Tara said. “He was humiliated, didn’t even want me to take a picture of it.”

There, in thick blue capital letters, were the words “LUNCH MONEY,” stamped on her son’s arm. But what was the meaning of this? And who had done it?

Cayden explained that it was the lunch lady. Apparently, she had felt the need to publicly shame him in front of the entire school. The more his parents heard, the angrier they became.

The fact that her son felt so embarrassed by the stamp was the most concerning part. Why wouldn’t the school send her a reminder via email if her son’s account was running low? Angered, they posted this incident online, was this right?

It wasn’t long before Tara’s post about the stamp exploded online. It quickly racked up hundreds of comments and shares. And most parents were supportive, saying that Tara’s anger was completely justified.

“Like, y’all couldn’t send a note?” her friend asked. “Y’all couldn’t think for two seconds about the numerous references of branding someone as a stigma?” Shortly after the post went viral, Tara heard from them. What did they have to say for themselves?

Of course, the school’s representatives denied everything. They acted as though they had no idea what was really going on in their own school.

Cornered by local media outlets clamoring for an interview, they were under pressure to make a statement about the incident. The outraged parents wanted answers. And all eyes were on the school’s principal.

Desert Cove Principal, Stacey Orest, stated that cafeteria staff had never intended to embarrass students with “reminder stamps,” and that they are always “supposed to ask them if they want a stamp or a reminder slip.”

But that answer wasn’t good enough for Tara or the other parents who were on her side. And it certainly wasn’t a good image for Desert Cove Elementary School.

A lot of parents decided to stand behind the family, saying that Tara’s reaction was totally justified. One thing was for sure: they wanted the “reminder” stamps gone.

The following Monday, the school was forced to make an official statement on the matter. Paradise Valley Unified School District spokesperson Becky Kelbaugh tried to explain.

“It was never the intention of Desert Cove Elementary School administration and staff to embarrass any student by using the stamp,” she said. So, what were they going to do about it?

She continued, “Students were given the choice between a letter or reminder stamp. Going forward, Desert Cove Elementary School will send a letter home notifying parents of low lunch balances.”

She also told the Phoenix New Times that Desert Cove will discontinue “reminder stamps” about low lunch-money accounts. But this isn’t the first time this has happened…

Jon Bivens’ son, a third-grader who attends Gardendale Elementary School, came home with a similar stamp on his arm. At first, Jon didn’t think much of it, “I thought it was a good job stamp,” he said.

But when Jon took a closer look at his son’s arm, his initial nonchalance quickly turned to fury.

Jon and his wife send their son to school with packed lunches but allow him to occasionally buy treats from the school’s cafeteria.

But what angered Jon the most was that his son had had a positive balance on his cafeteria account at the end of the term. At the time of the offending stamp, Jon’s son still had a balance of $1.38.

Rallying For A Stamp-less Future!

“They herd these kids like cattle,” the angry dad said. He also said that his son was “branded.” “When you start stamping a message on a child’s body instead of calling…it’s not okay,” he said in an interview.

Then, he saw that it was a stamp that said, “I need lunch money.” Jon was surprised, as the school usually sent them a notification when his son’s account was running low.

And with this “branding” of children and causing them public humiliation in schools becoming more and more common, parents are becoming more outspoken on the matter.

Joe continued: “It’s a form of bullying and shaming the kids.” What do you think? Are parents right to be outraged by this “branding” system in schools?

Desert Cove Elementary School is in an affluent neighborhood, and only 32% of the students attending school there qualify for reduced-price or free lunches.

It’s easy to see why students whose accounts are running low could feel a great deal of shame and embarrassment when they are singled out like this in front of their peers. Do you think this is fair?