Missing Boy Walks Out Of Woods After 11 Days, But He Wasn’t Alone 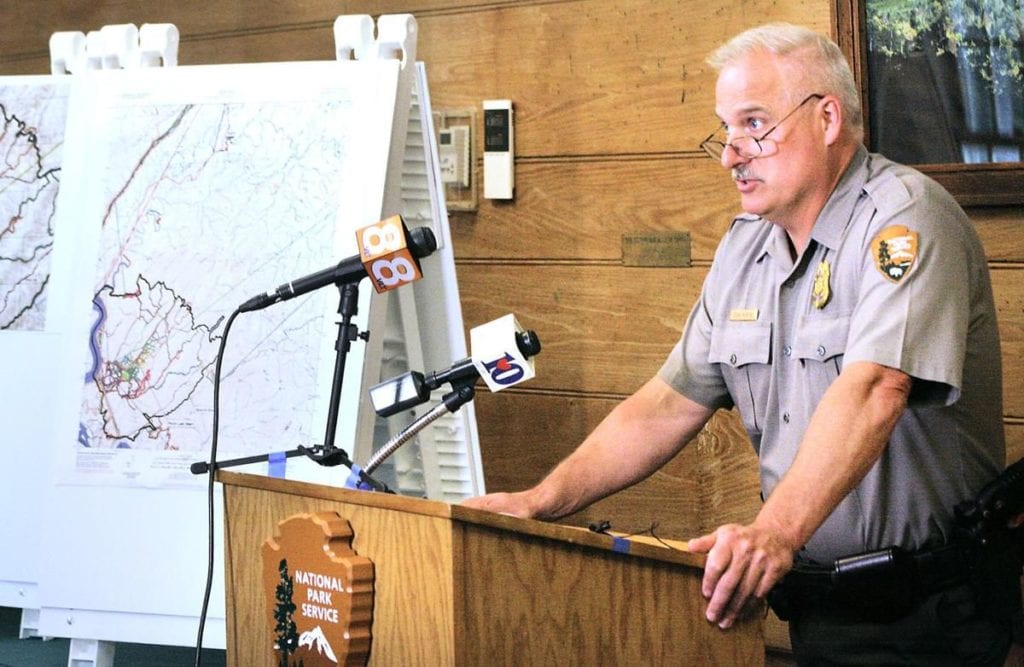 Cases of people getting lost in the woods were not new to Park Chief Ranger Steve Kloster. Given that he handled over 6,700 acres of land, situations where travelers or even locals wander off and have difficulty finding their way back no longer fazed him. However, there was something about this particular boy’s case that felt a little off.

Park Chief Kloster felt that there was a piece of the puzzle missing but he couldn’t figure out which one. The kid had been lost for 11 days now and any more days added could mean further danger. His stepdad was also strangely in the picture — but why was he involved?

Deep In The Woods 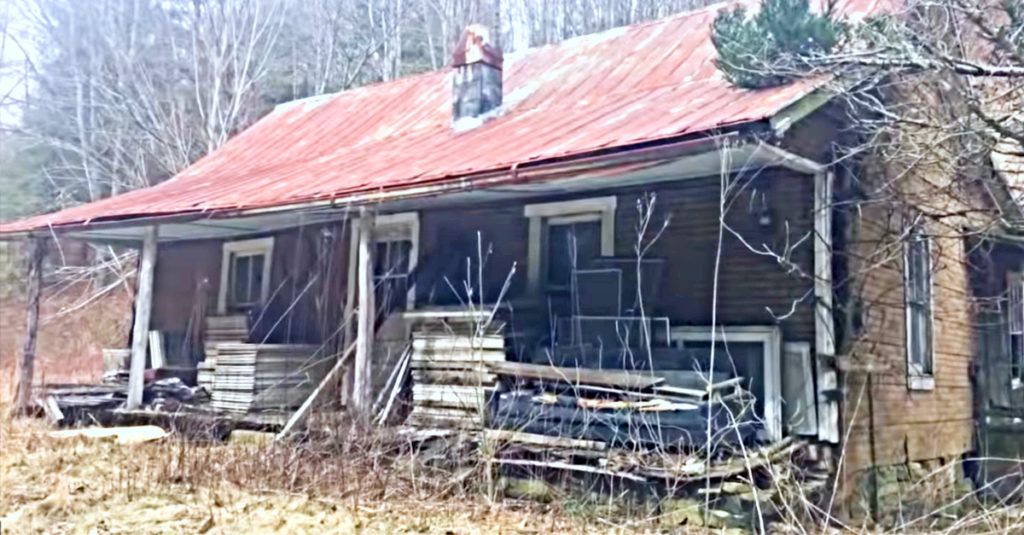 Austin Bohannon was only 18 years old, but he had seen many an outdoor adventure that even frequent hikers and mountaineers don’t usually experience. When he decided to brave the harsh wilderness of the Smoky Mountains with his stepdad, he was nothing short of ready and raring for the adventure. This time, however, luck wasn’t on his side and he found himself in a desperate situation.

When search parties were sent out to find him, they could not identify even the slightest trace of his existence. It was as if he simply disappeared into thin air. Austin was a seasoned woods and wilderness guy, but in this case, things took a dangerous 180-degree turn.

Just One of Those Trips 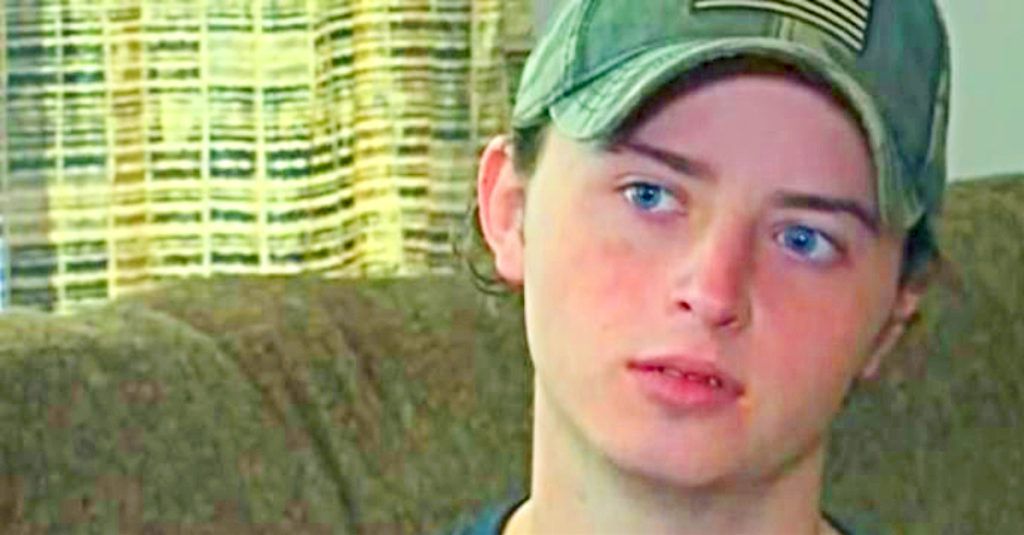 The day started like any other trip to the woods that both Austin and his stepdad, Hubert, enjoyed. This time, they would be trying out the Great Smoky Mountains National Park. The site was not new to them. In fact, they had walked this path before so they were both confident that they would finish the hike.

However, the site itself offered only a few markers amongst the thick of the trees. Anybody who wasn’t familiar with the trail was sure to get lost, but because it wasn’t really their first time, they did not let that little detail faze them. Clearly, that wasn’t their time — at all.

Something Very Important And Valuable 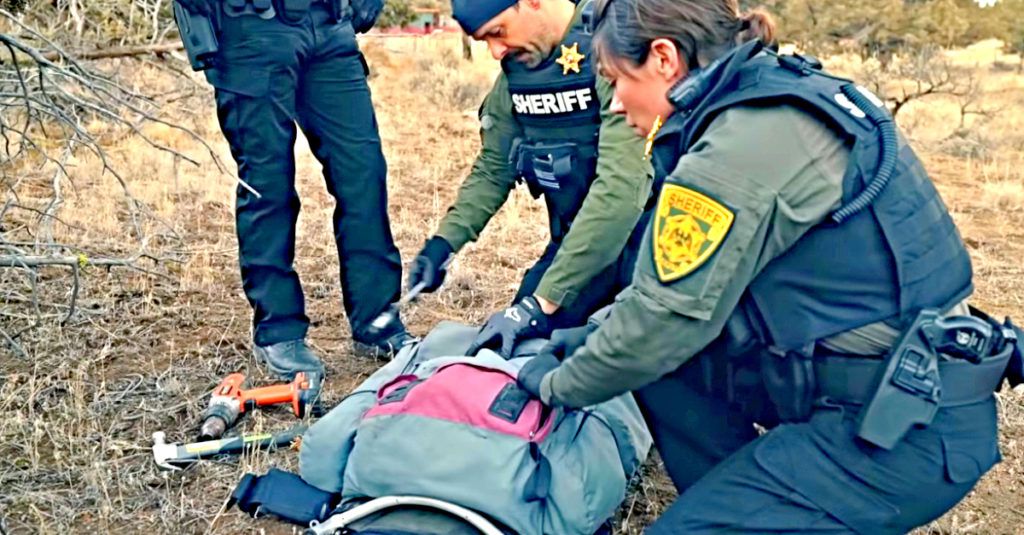 The second trip to the Smoky Mountains was part of a search for a particular type of plant that grew abundantly in the area. They both knew that taking plants out of national parks could land them in hot water with the police, but they also knew that there was a huge demand for this plant’s root (and people were willing to pay a hefty price).

As energy drinks and health supplements become more popular, this specific plant could fetch them as much as $600 per lbs. They had to do it carefully to succeed. However, near the creek, Hubert made a fatal mistake.

What Happened To Hubert 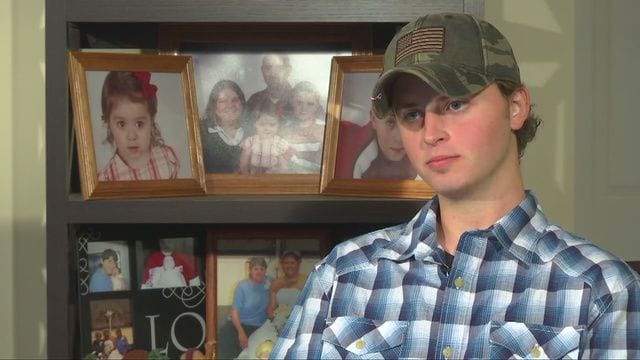 According to Hubert’s account, he slipped on a wet rock near the creek. Though he was able to regain his balance, his eyeglasses dropped into the water, which was unfortunate because without them he wouldn’t be able to see clearly.

The path ahead promised challenges and dangerous, so moving forward without his glasses was a problem. That meant somebody had to get those glasses back. Without any forewarning, the 18-year-old jumped into the creek to retrieve his stepdad’s specs. 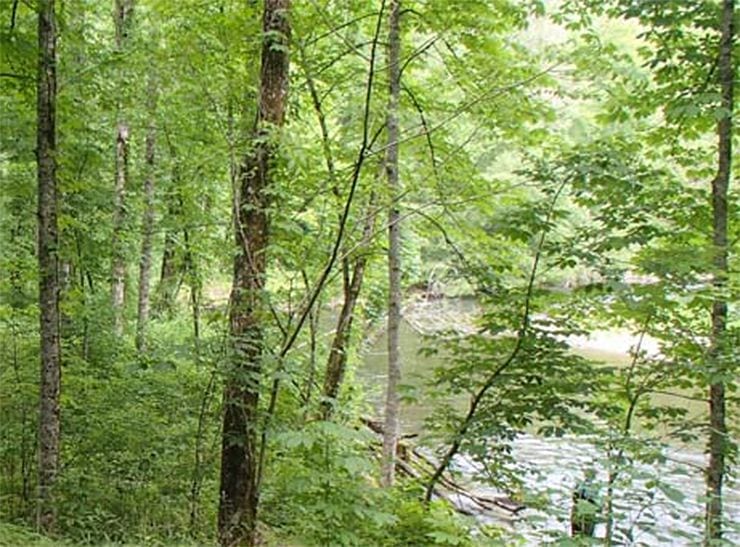 The teen used his feet to try to locate his stepfather’s glasses at the bottom of the creek. Seeing that he was having a hard time, Hubert decided to jump in shortly after and they both vigorously waded through the water in desperation.

He was practically blind without those glasses and it was this very same reason that he eventually ended up in an area that was far from where his stepson was. He had thought they were beside each other the entire time, but because he was having trouble seeing, he wandered off in the opposite direction. It was something that Hubert says he regrets to this day. 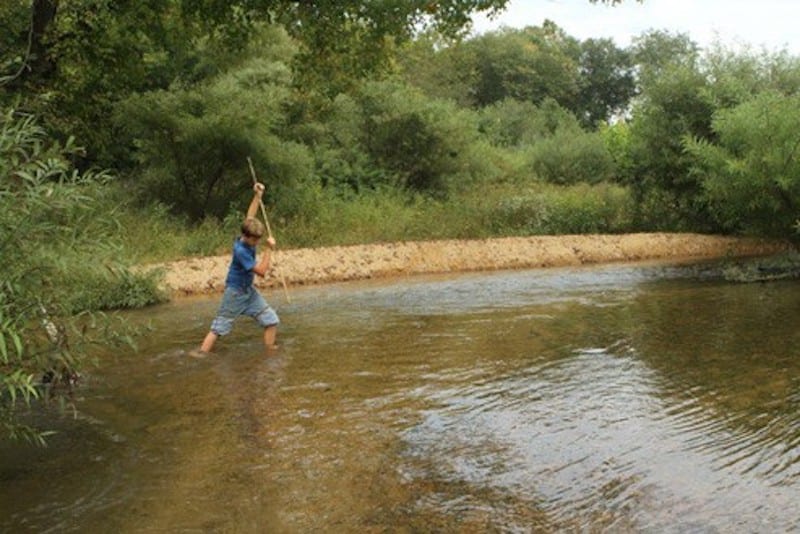 His poor vision disabled him from immediately noticing what was going on around him. By the time he turned and looked for Austin, the young boy was nowhere to be found.

In their desperation to find those glasses, they wandered off farther away from each other until it was too late to double back. Hubert called out his son’s name repeatedly but didn’t get any response. It was as if Austin had just vanished. However, when he told this story to Chief Ranger Kloster, the latter didn’t buy the story and decided to investigate. 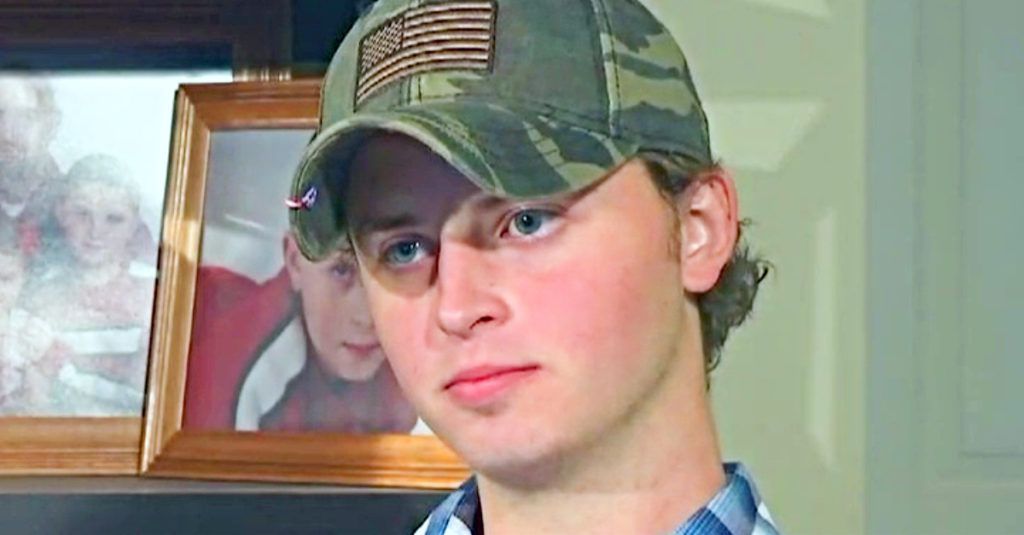 Chief Ranger Kloster was not convinced by the story. Why did Hubert wait two days before reporting that his stepson had gone missing?

Clearly, there was something not right about what just happened. He decided to send out a search party for Austin, but because it had been days since the disappearance, they couldn’t find any leads. 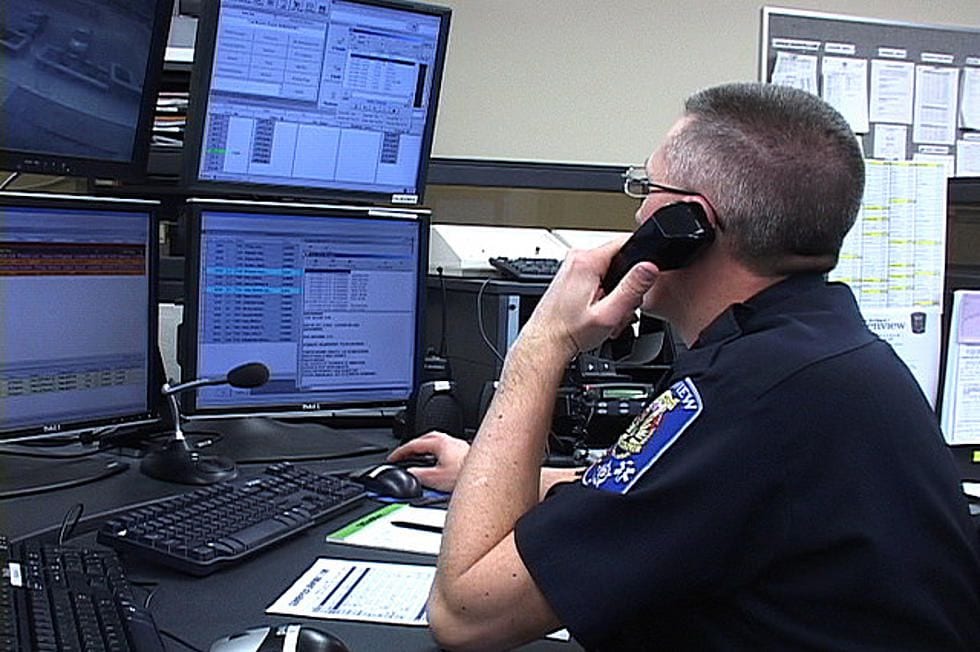 The Park Chief’s office had sent out canine units and helicopters with infrared search capabilities to scour the area. He even tapped the Tennessee Emergency Management Agency to help out but, still, Austin was nowhere to be found. Chief Kloster was racking his brain trying to make sense of Hubert’s account. What really happened when Austin vanished?

Days turned into a week and still, nobody had any clue of the boy’s whereabouts. He knew that Hubert was withholding information from him that could solve the entire case. He decided to talk to the stepfather to hopefully get the truth of out him. 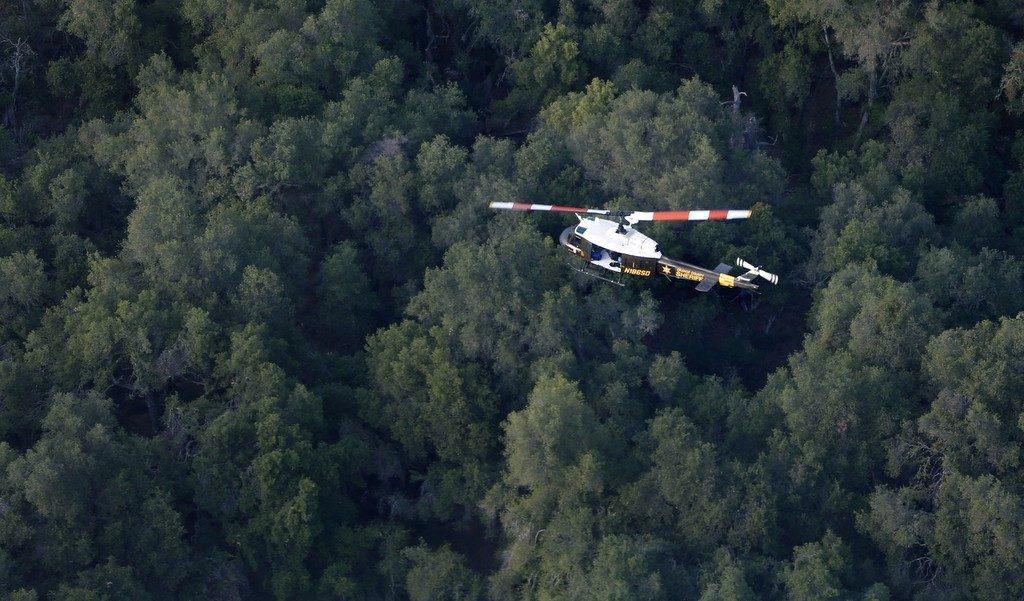 The chief ranger was not immune to these incidents of people getting lost in the woods, but there was something missing in this story. Hubert’s account was not making any sense at all and Chief Kloster thought he was deliberately hiding something. As one week approached since the disappearance, he knew that he and the search time had to act fast. The wilderness was unforgiving and he could only imagine the situation that young boy must be in right now, cold and shivering with no place to go.

His instincts pushed him to ask Hubert again for his story, but the latter was all vague about the location where it happened. How could it be so? Was he telling the truth? Chief Kloster decided to pull the stepfather aside for a private chat. It’s been almost a week and time was already running out. He had a feeling that the key to Austin’s disappearance and possible location lay with his stepdad.

At first he asked the questions calmly, but when he felt that the conversation was getting nowhere, his tone had started to become rough and harsh. He started to imagine different scenarios for the poor boy, but he had to stay positive. He was also starting to get frustrated with Hubert. Hours after the grilling, he found the answer to everything. 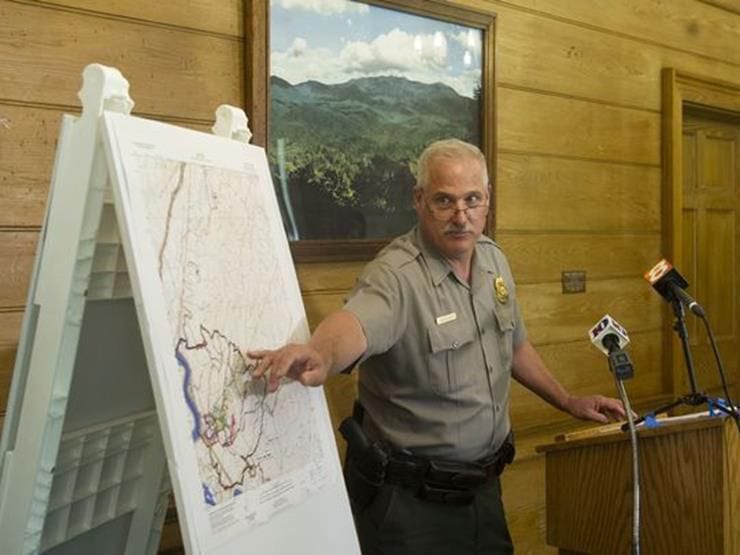 Now that the Chief knew what the pair had gone into the park for, it wasn’t difficult to pinpoint the exact location where the boy had disappeared. Hubert had been edgy about admitting that they had been searching for the wild ginseng plants that were illegal to harvest. After inspecting the contraband on his desk, he called in the expert guides who now knew exactly where to look. 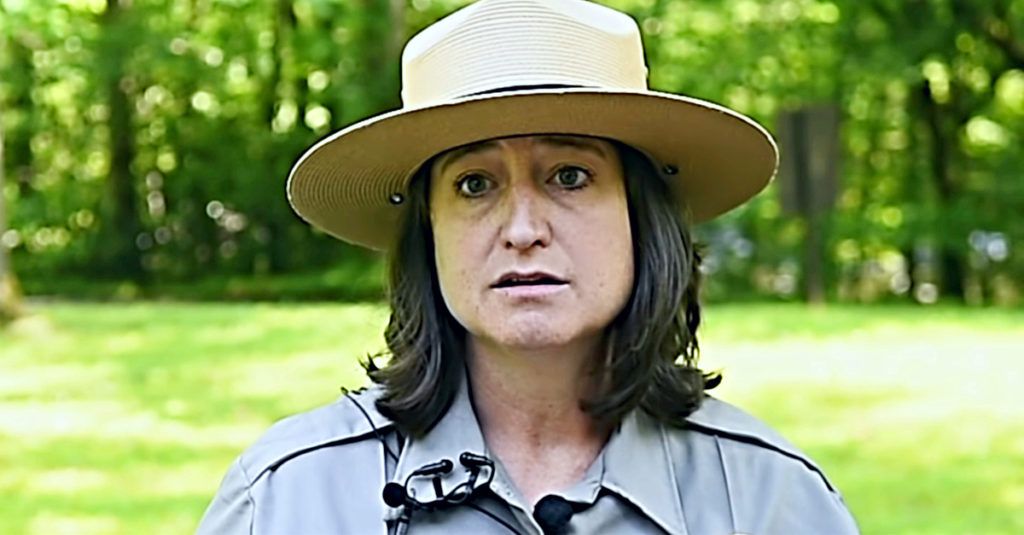 Given Austin’s history as an avid outdoorsman, the Chief Ranger had hopes that he had managed to survive for this long in the wilderness. “He’s young; he’s in shape,” Park Ranger Steve said. And “there’s all kinds of water out there.”

But if he was indeed alive, why hadn’t they found him yet? It had been 11 days. 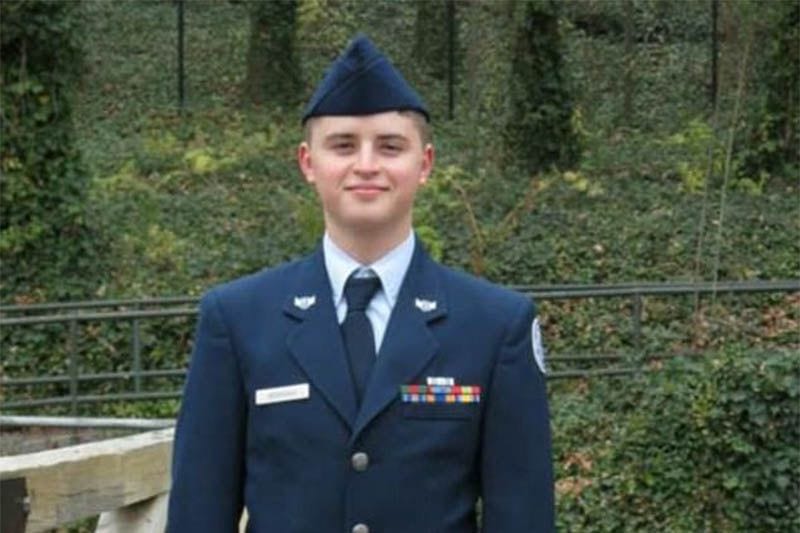 Chief Ranger Steve Kloster had been working in and around the national park for 20 years, but he’d never seen a search for a missing person go on for so long. Although he was almost ready to give up the search, he decided to send out the search parties one last time.

But still, they returned empty-handed. Maybe it was time to face the facts. 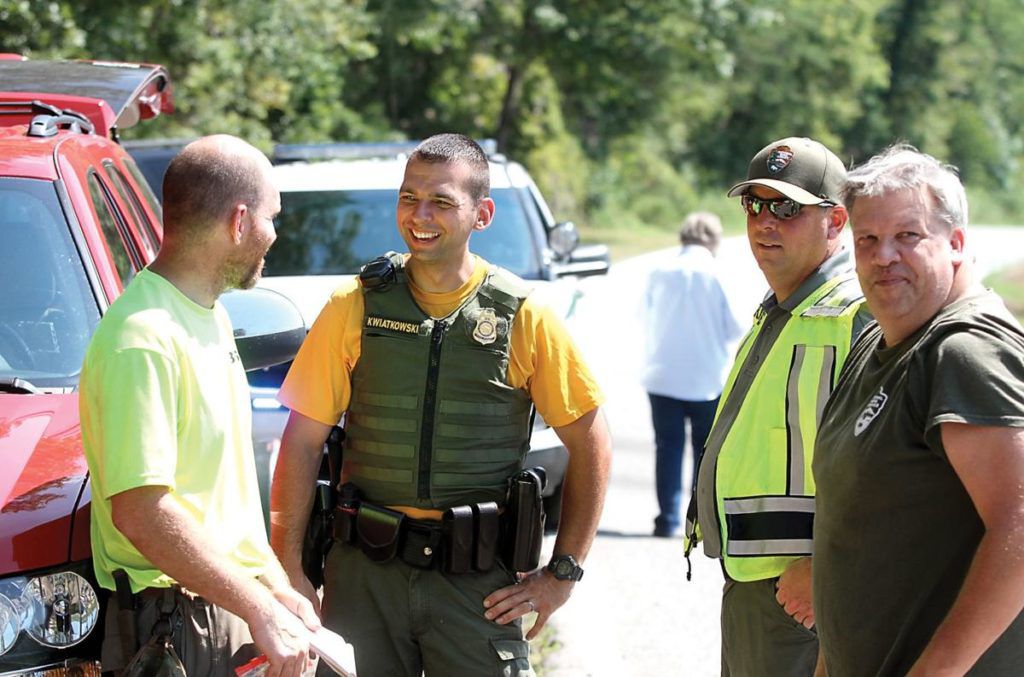 Meanwhile, Austin was fighting to survive. He remembered the survival theory he had been taught over the years. But survival in practice turned out to be a very different matter. He knew that, above all, if he panicked it would all be over.

He gathered his wits about him and decided the first course of action would be the most important one. He needed to find higher ground.

Searching for a Signal 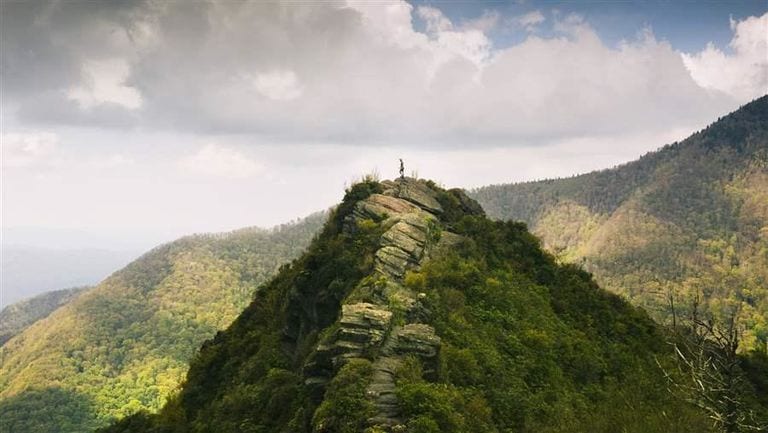 After hauling himself up a ridge nearby, he searched for a signal with his cellphone. He knew the chances that there would be a reception so far out in the wilderness would be slim, but he couldn’t help but feel devastated when there were, indeed, no bars on his screen.

He had wanted to call his mother for help, but now he felt helpless. The next morning, he knew that he had to put plan B into action. 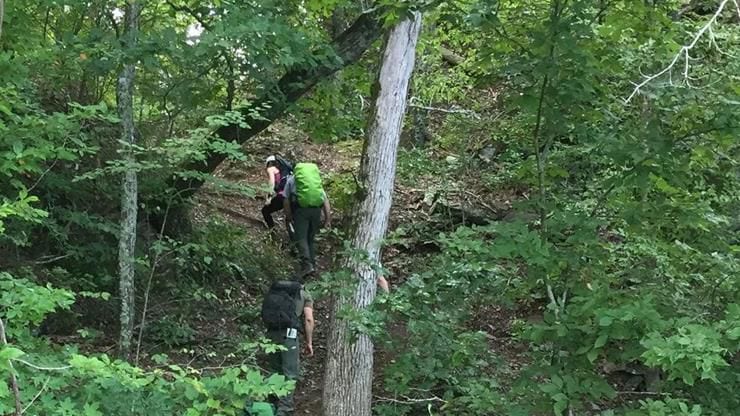 Knowing that he needed to find fresh water, Austin climbed down from the ridge and began to follow the creek until it led him to its source – all the way to the base of the mountain. He’d found drinkable water, but there was another problem looming ahead.

He had traveled for two days – but in the wrong direction. 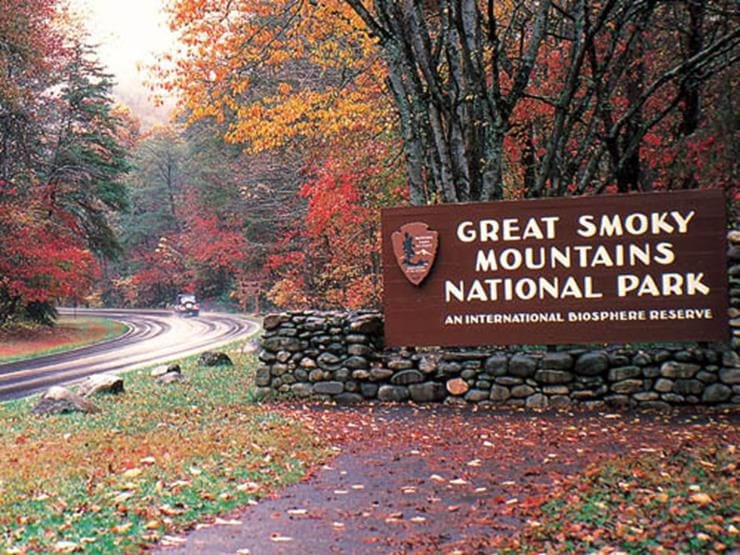 Now, Austin had gone even deeper into the unforgiving wilderness. He would have to double back if he wanted to remain closer to where he knew the search parties would be looking for him. The only problem was that now he didn’t even know which direction he should go.

All he did know was that he had to keep moving. 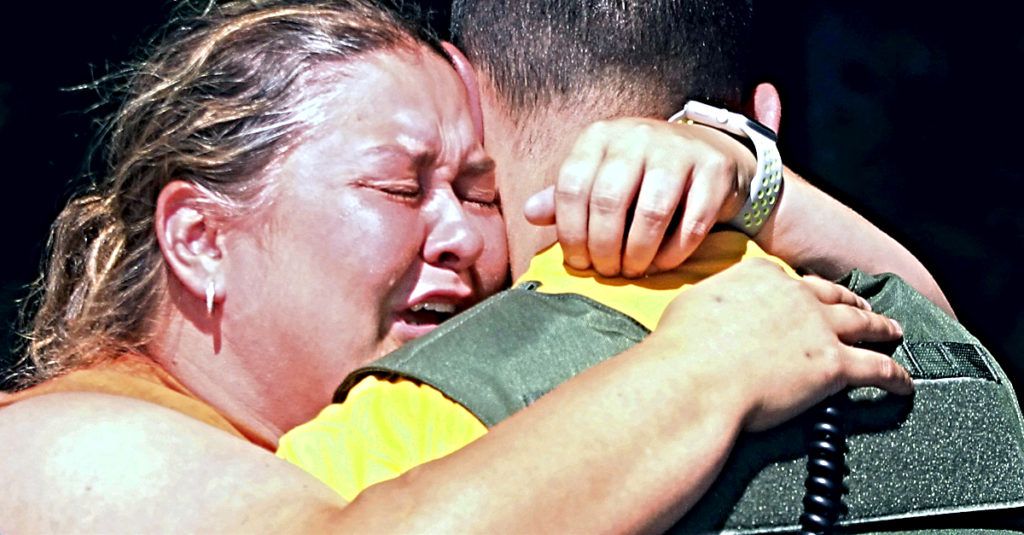 Each night, Austin prayed that he would have the strength to go on the next day. But he was weakening. He still hadn’t found any food. For the first few days, he was plagued by hunger. But then, as if his body had gone into survival mode, he just didn’t feel it anymore.

But he knew he couldn’t go on like this indefinitely. Back home, his mother was worried sick. 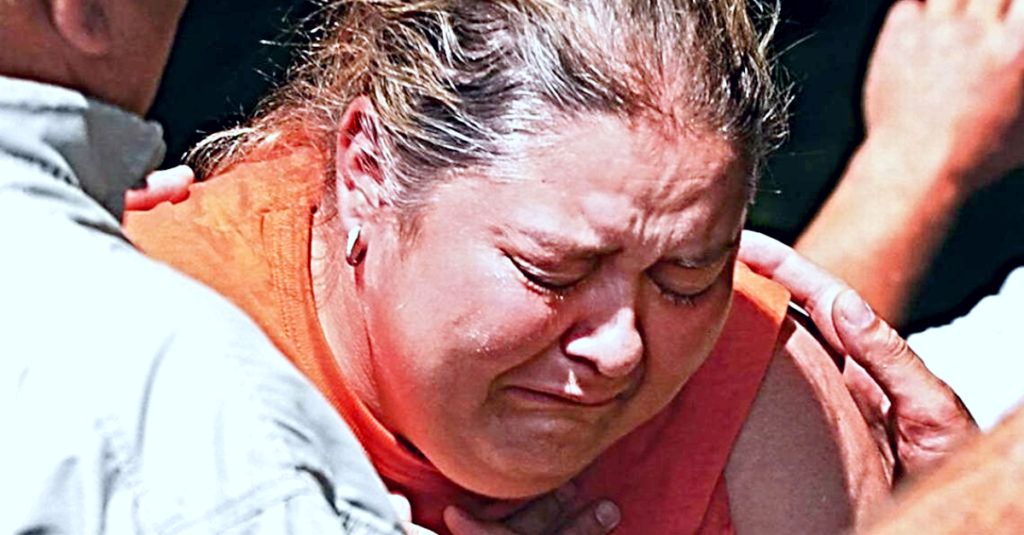 Meanwhile, hundreds of people were searching high and low for the boy. They trawled the river in boats while the K9 units searched the forest. But, unbeknown to anyone at the time, Austin was always one step ahead or behind them. They circled each other endlessly, but Austin was a moving target. One day, he heard the helicopters circling overhead, above the canopy – and he knew they were looking for him.

But he had no way to signal them, and they couldn’t see him through the trees. 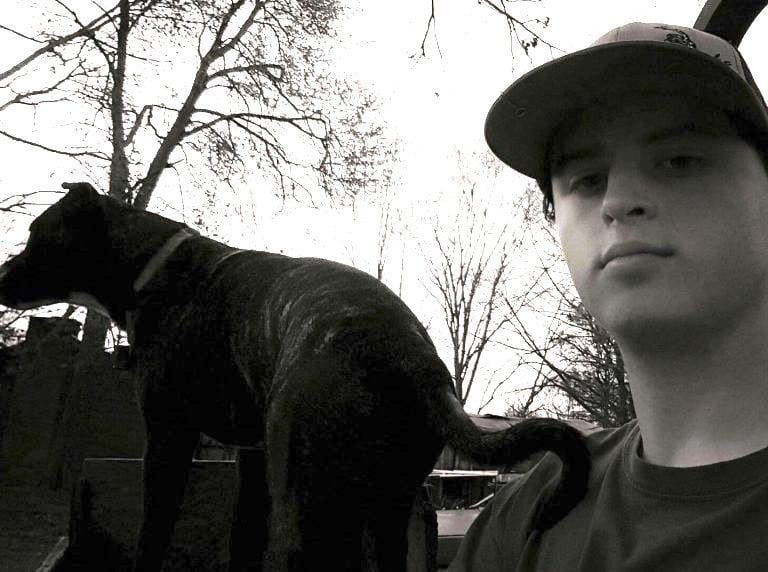 It was only on the eleventh day that Austin spotted some kayaks and a boat in the river ahead. “Luckily I saw a boat, a guy and his daughter,” he said afterward. “I waved them down and hollered at them…”

The boat’s owner immediately knew that they had found the boy that everyone had been searching for. 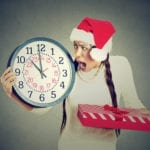